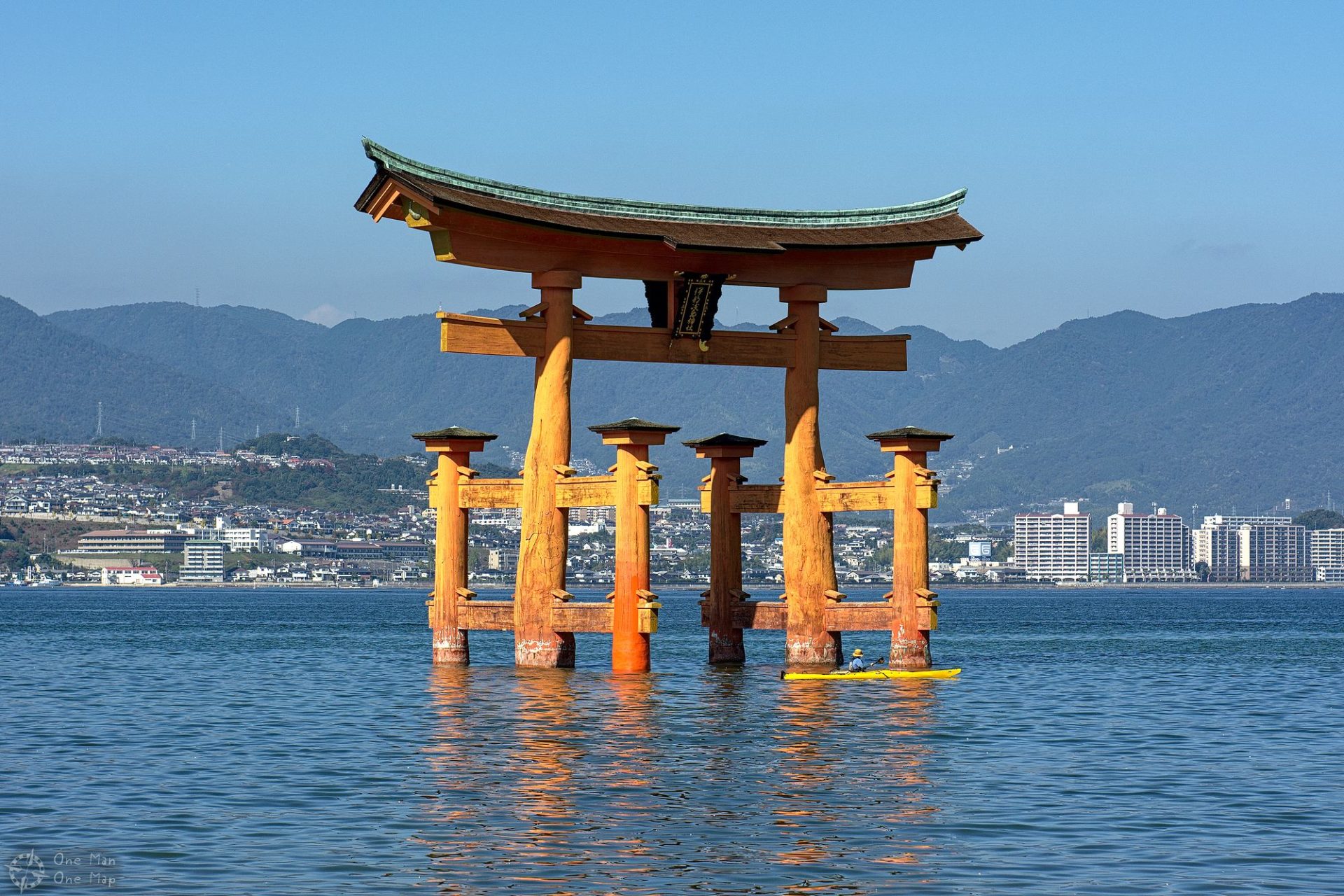 It is one of the most famous places in Japan besides Mount Fuji: “Shrine Island” Miyajima (宮島) in front of Hiroshima. Almost every tourist coming to the country has seen images of the gigantic Torii (鳥居) standing in the water before, and the tame deer are also well-known all over the Internet. If people have made it to Hiroshima, they usually also add a day trip to Miyajima. As mentioned earlier, there is not much to see in Hiroshima besides the atomic bomb monuments.

Several boat operaters go to Miyajimi directly from Hiroshima Peace Park (45 minutes, 3600 yen/27 Euros roundtrip) or Hiroshima Port (30 minutes, 1850 yen/14 Euros one way). If you’re not in the mood to pay the tourist prices and not in a hurry, you can either spend 260 Yen (about 2 Euros) on a tram ride or 410 Yen (about 3 Euros) on a train ride to Miyajimaguchi (宮島口). JR and Matsudai ferries go to Miyajima at a fixed price of 180 Yen (about 1.35 euros) from there. For holders of a JR pass, the train to Miyajimaguchi and the JR ferry are included.

If you are planning to die, be born or be a female on Myajima, you’re in luck. These three impurities are no longer outlawed since the 20th century 😉 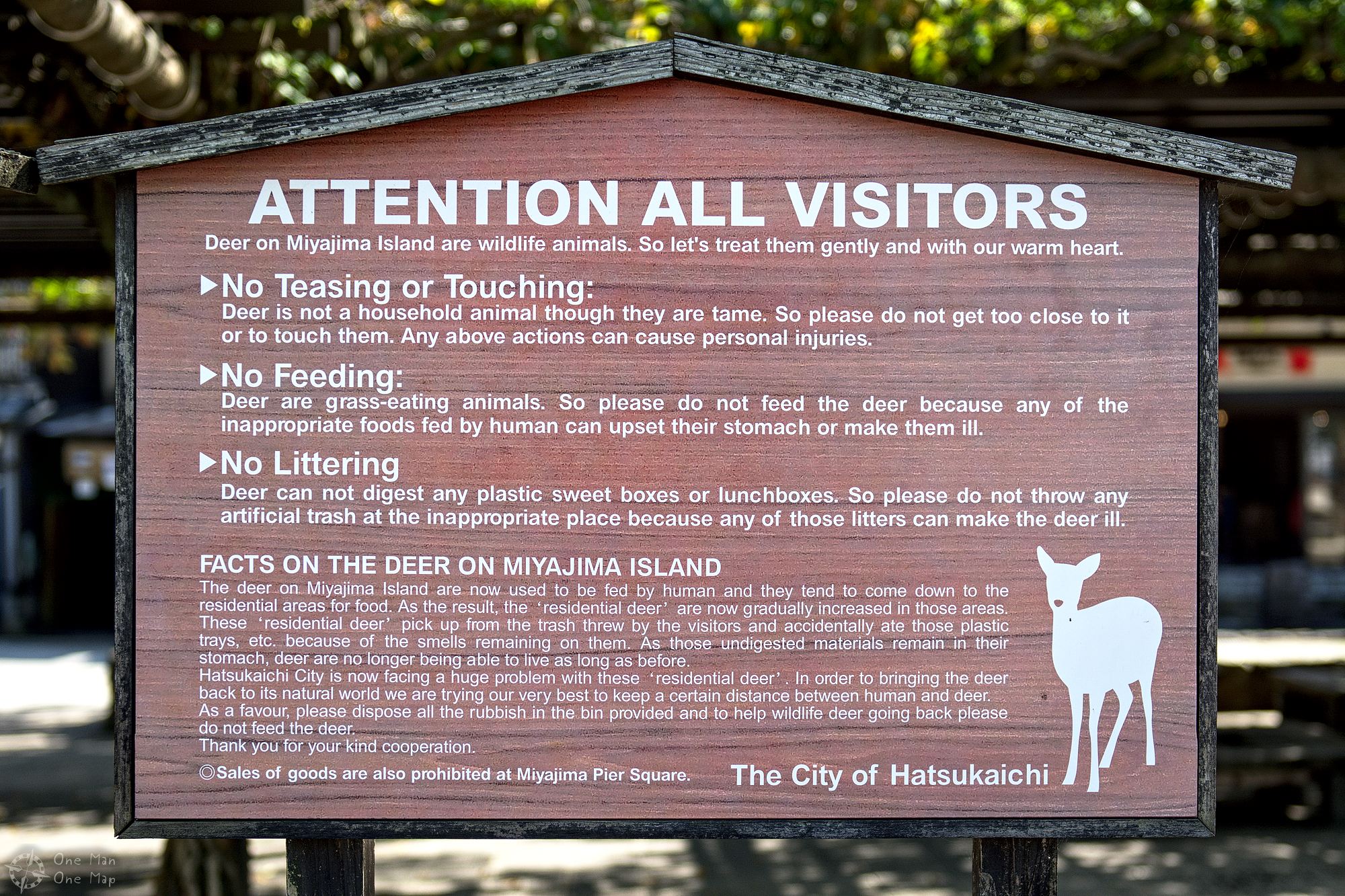 Arrived on the island I noticed two things. First, it is comparatively large (about ten kilometers long and three and a half kilometers wide), but all attractions are concentrated on a very small area on the northern coast.

Second: Deer. There were tame deer everywhere. Of the about three million Japanese Sika deer, only about 1200 live on Miyajima, but they follow the tourists on every step. Of course you are not allowed to feed them, but of course it happens anyways. Some shops even sold special “deer biscuits”. 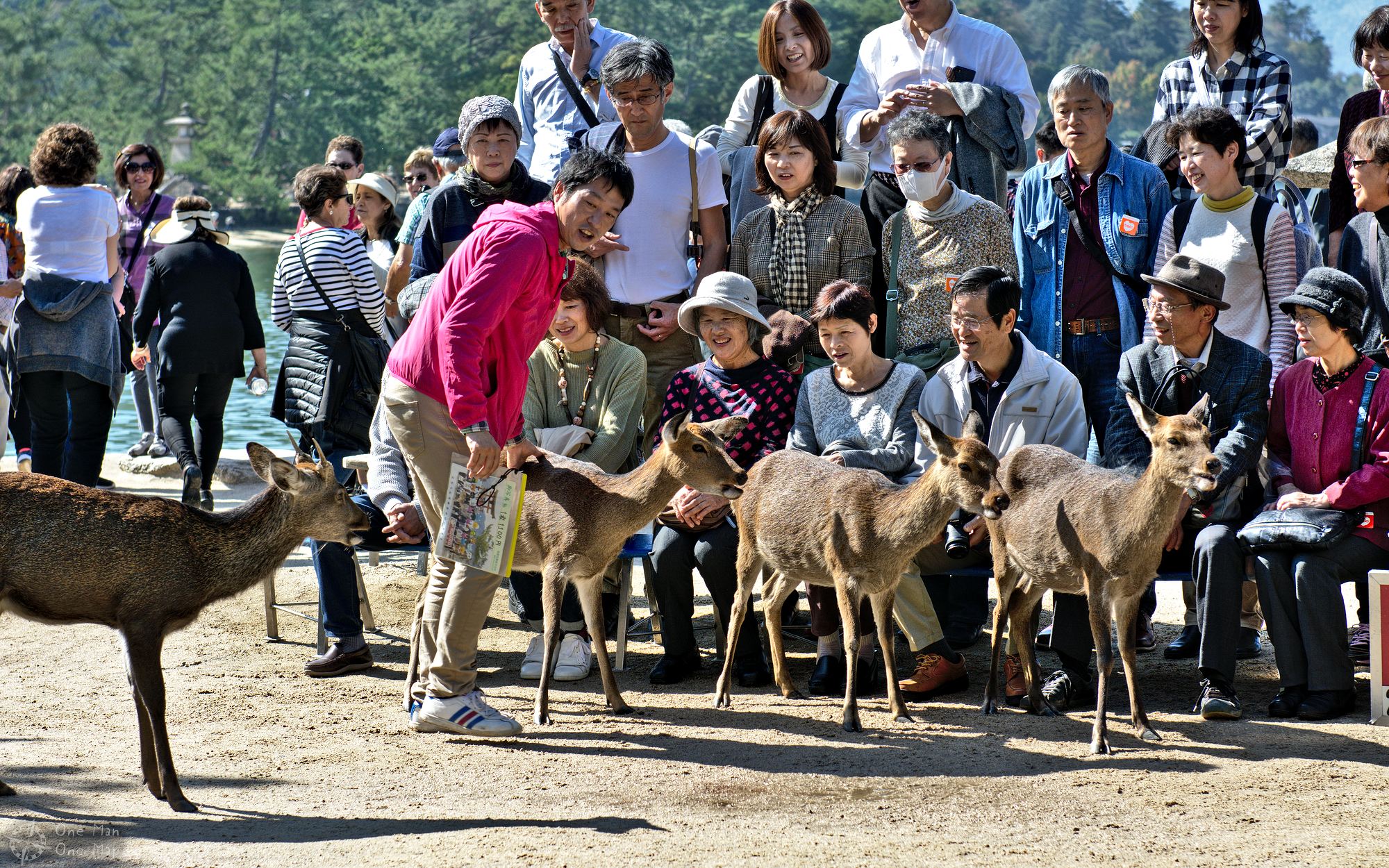 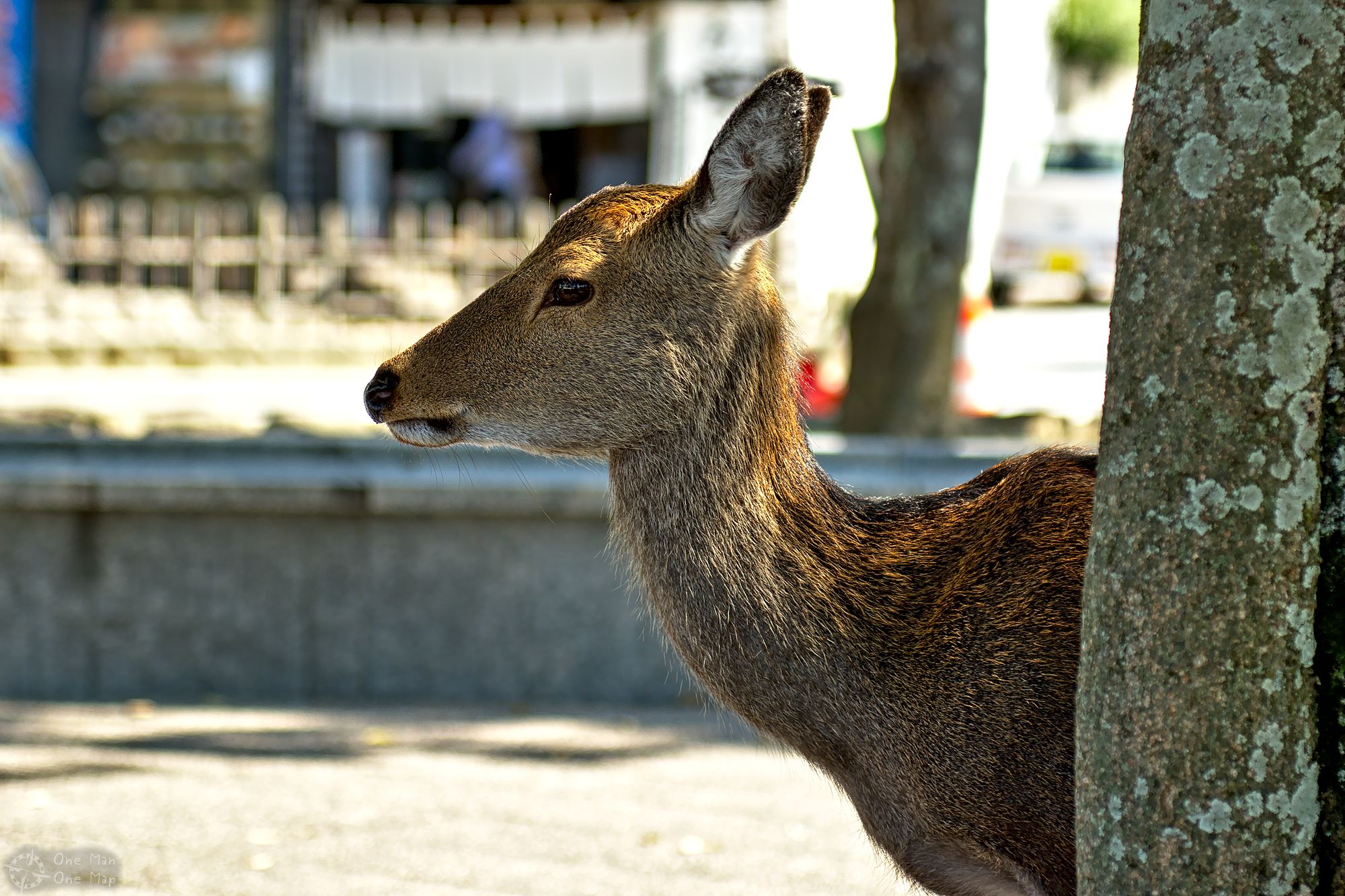 Deers and monkeys are considered messengers of the gods in the Shintō religion and are therefore considered sacred. In the case of the Sika deer of Miyajima this had quite worldly consequences. They were placed under official protection by the authorities in 768 AD, and until 1637 AD killing a deer was punishable by death. Only after the end of World War II did the deer – along with the Tennō, the emperor of Japan – lose all their divine privileges. 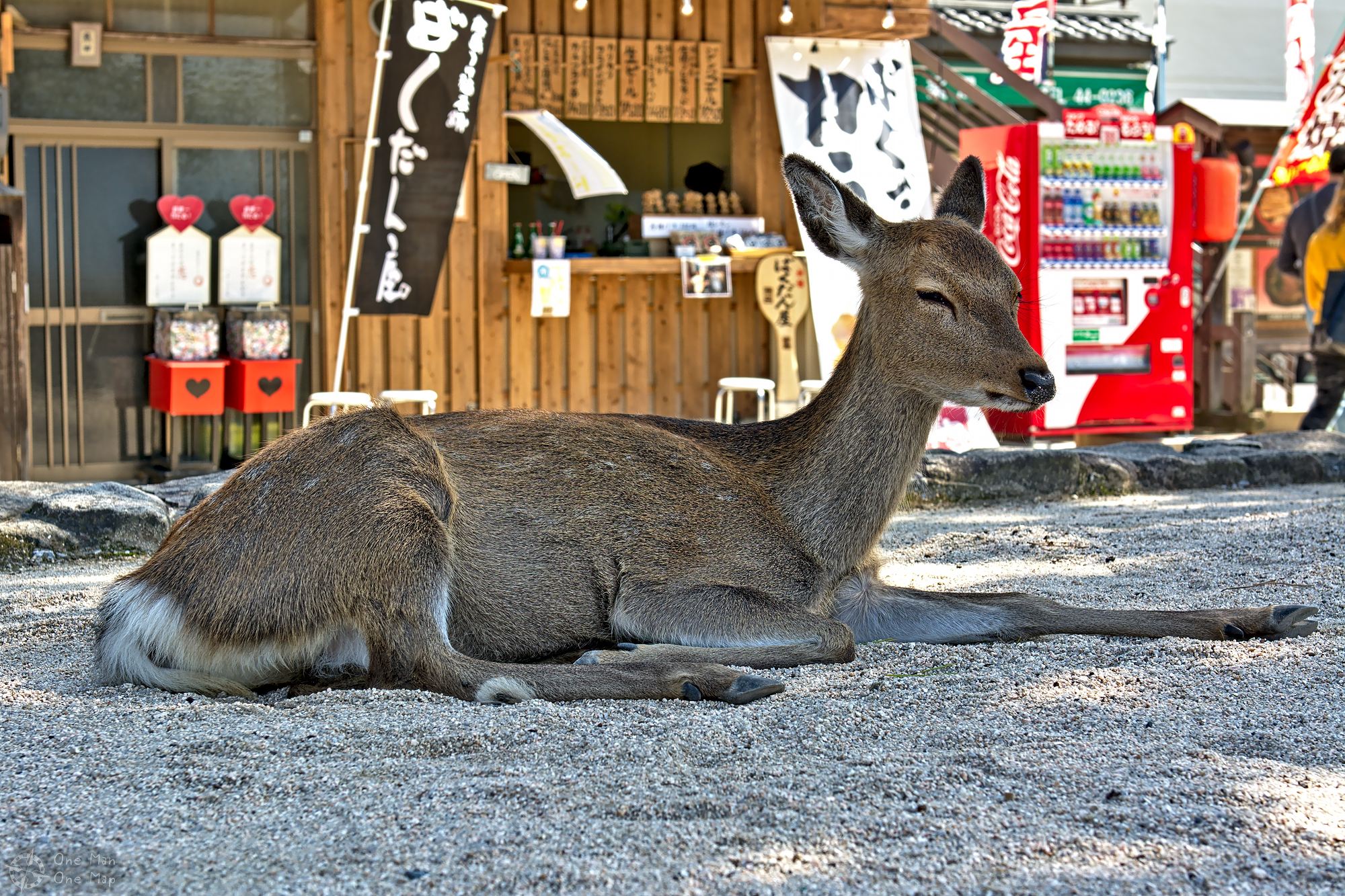 The local tourist magnet is the Itsukushima Shrine (嚴島神社, UNESCO World Heritage Site), whose name goes back to the island’s real name – Itsukushima. Myajima literally just means “shrine island” and probably served more as a tourist description, but has prevailed over Itsukushima. I did not visit Itsukushima Shrine because the few red and white huts on the water and the bridge didn’t interest me much. There was a long queue in front of the entrance which continued to the end of the long jetty, where each visitor was photographed in front of the huge Torii. It felt a bit like at the Prime Meridian in Greenwich.

Since there is no shortage of religious sites on Miyajima, I decided to visit the lesser-known Daishō-in (大聖院) instead. It is actually part of the UNESCO World Heritage as well, but seems to be forgotten a lot for unknown reasons. 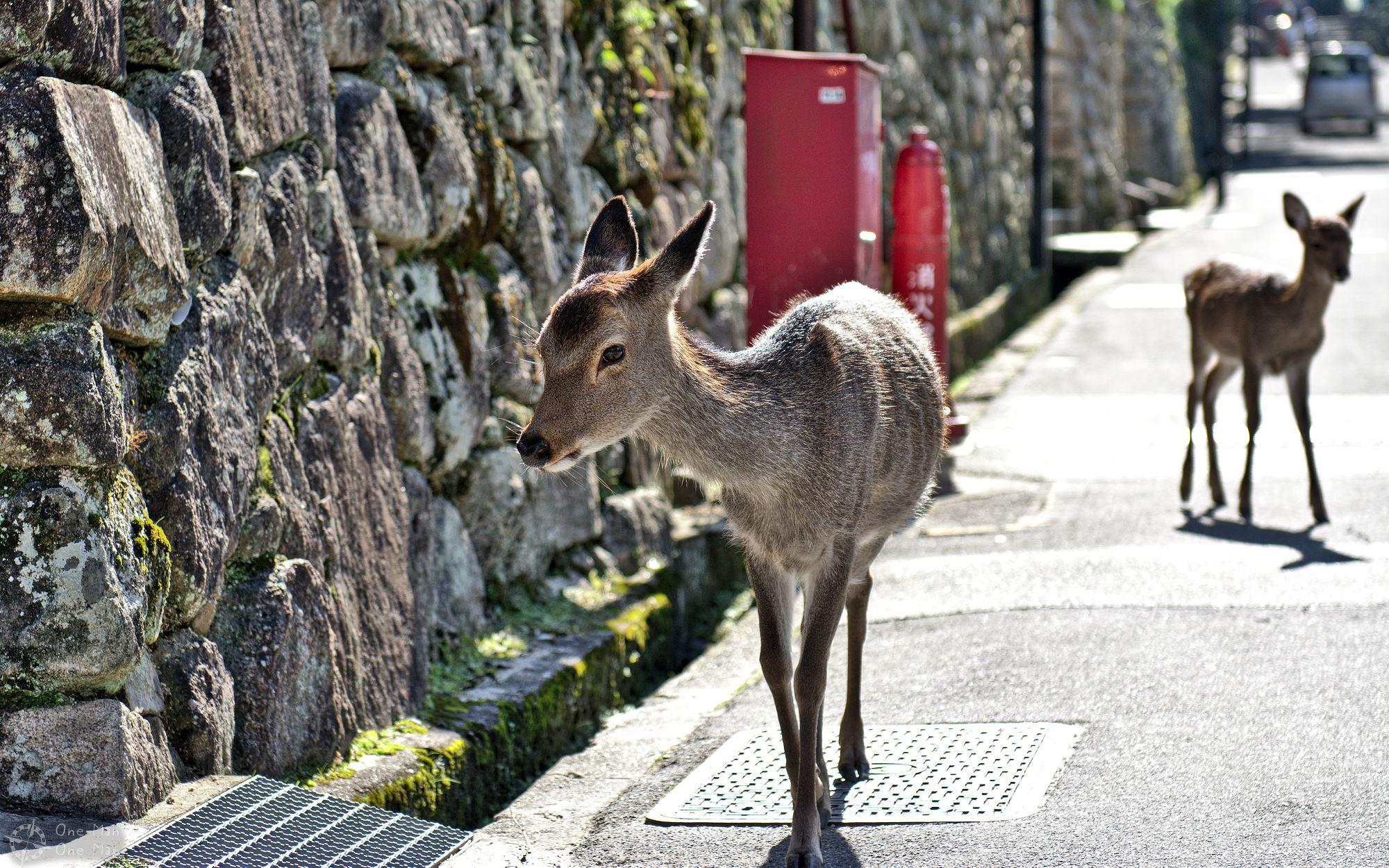 This Buddhist complex is located above the Itsukushima Shrine on a hillside. Several stairs and paths lead up the mountain, so you should be in shape. But the effort is definitely worth it! As already noted elsewhere, there are only a few sites in Japan which are more than 1200 years (!) old. And most of them are not embedded into such a beautiful landscape 🙂

In September 1991, a typhoon severely damaged large parts of the complex (I have a lot of experience with typhoons as well…). The reconstruction wasn’t finished until 1998. The 14th Dalai Lama spent a full week in the temple during the 1200 year celebrations in 2006. 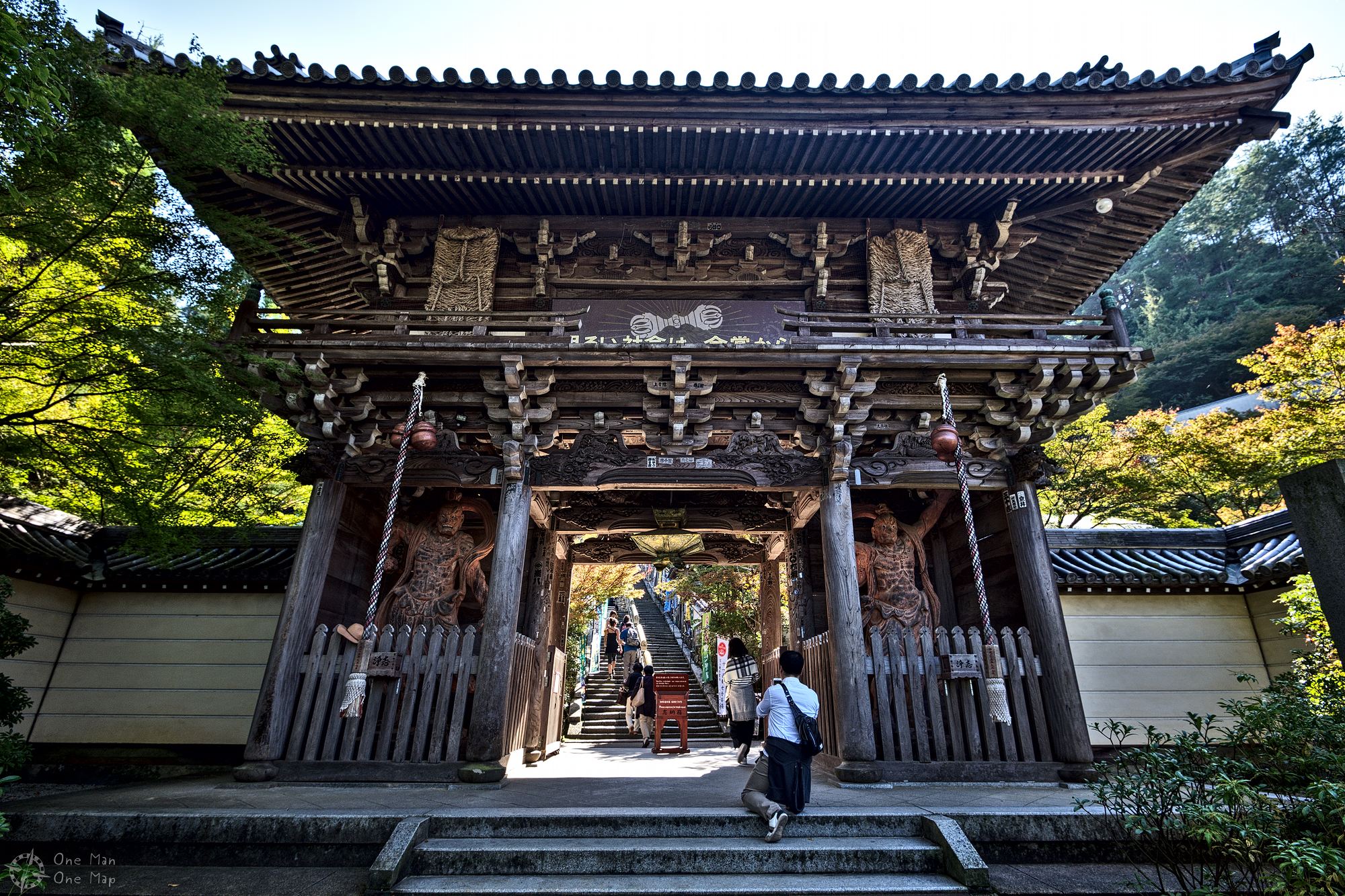 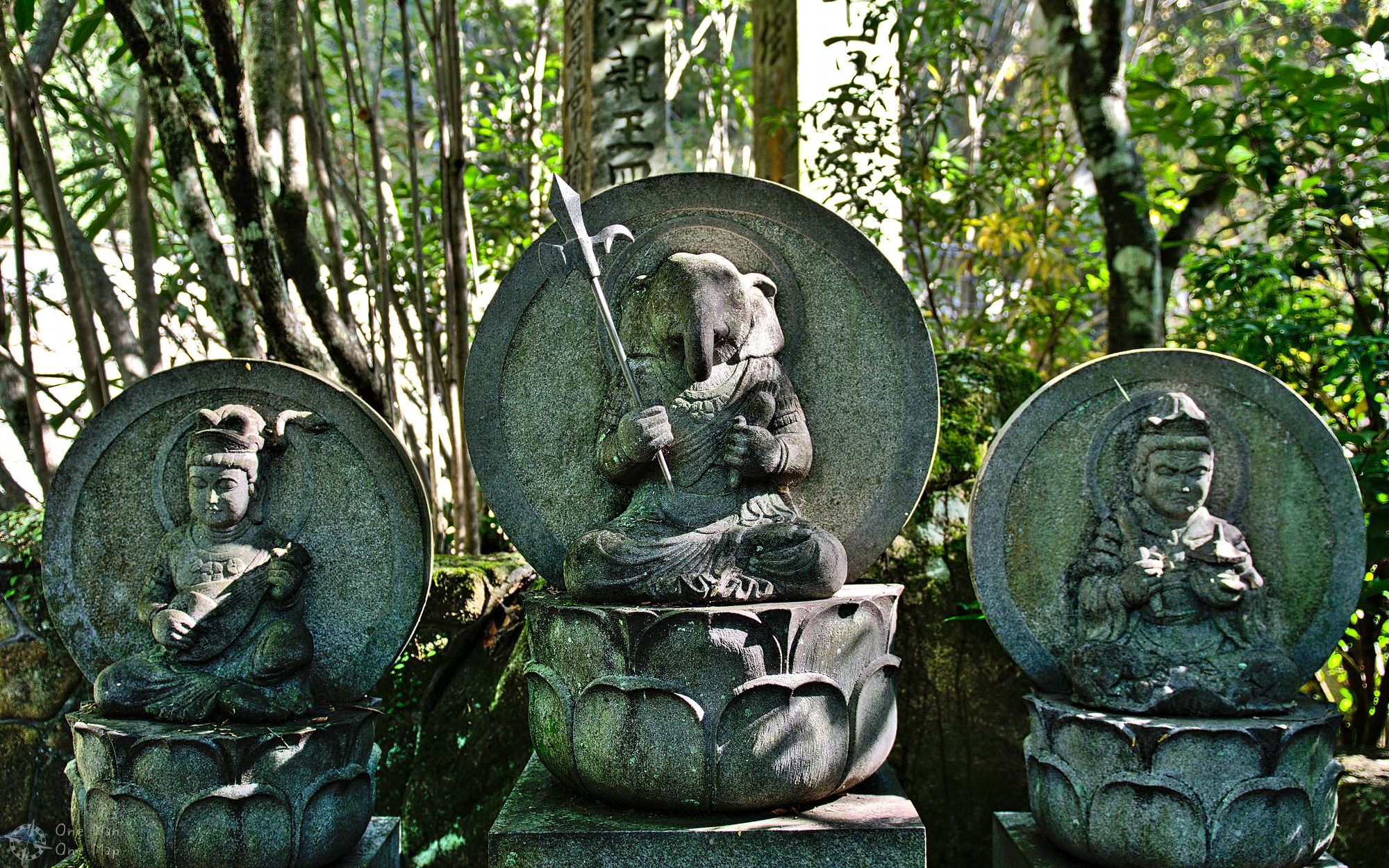 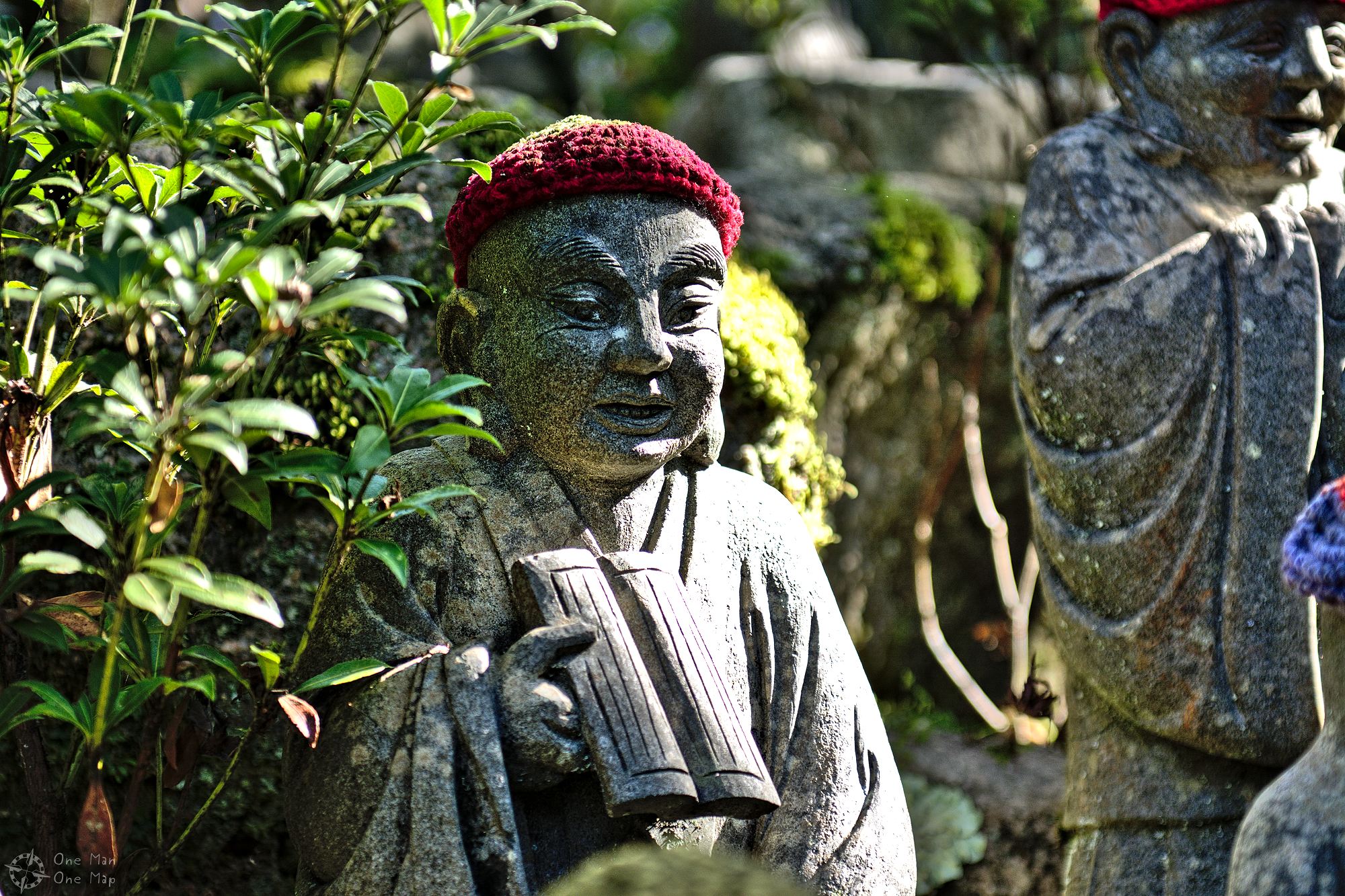 I immediately took a liking to the many statues. They lined the stairs and paths and could generally be found in all corners. Many had their very own personality and had been decorated with a lot of thought. 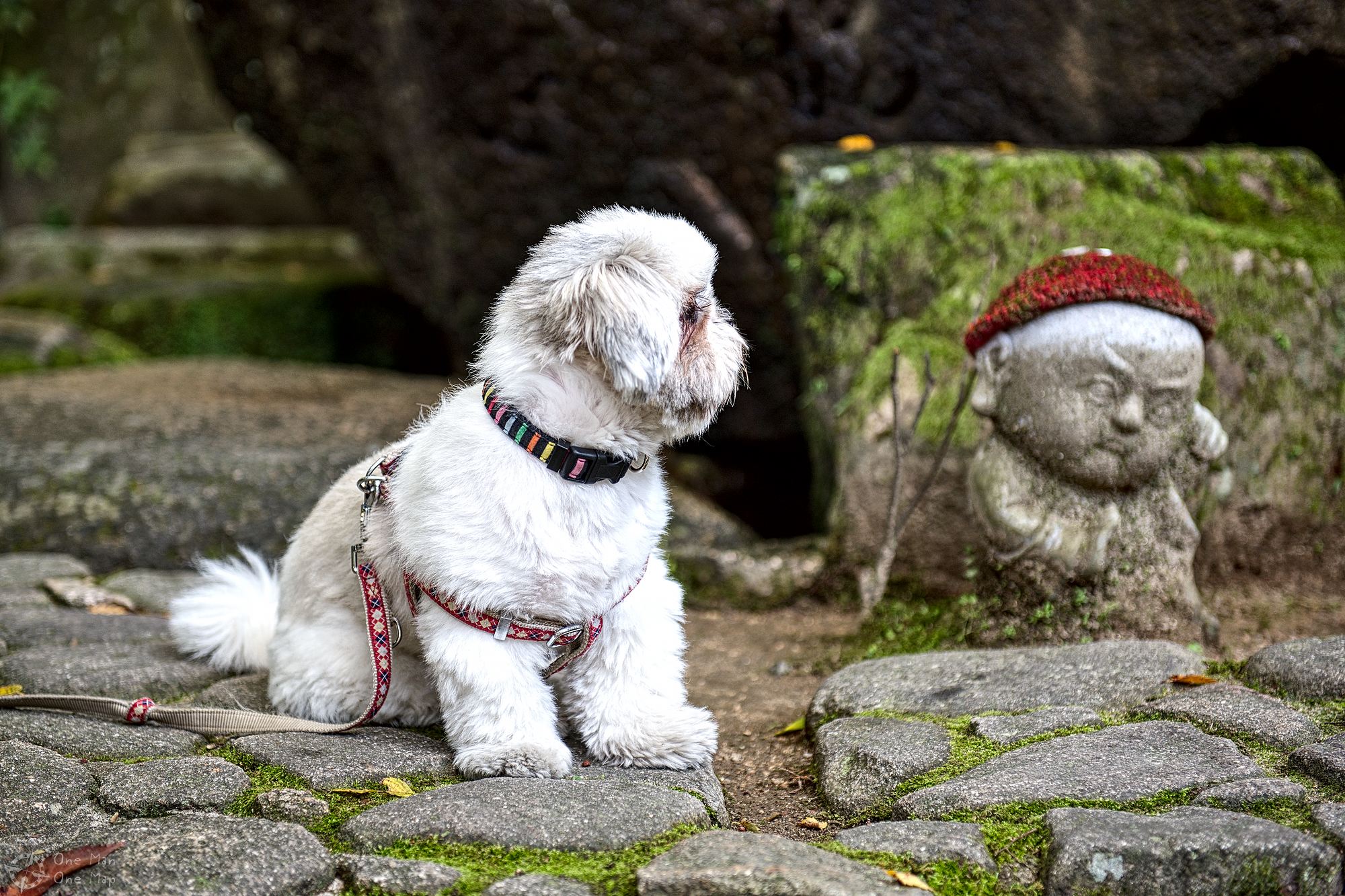 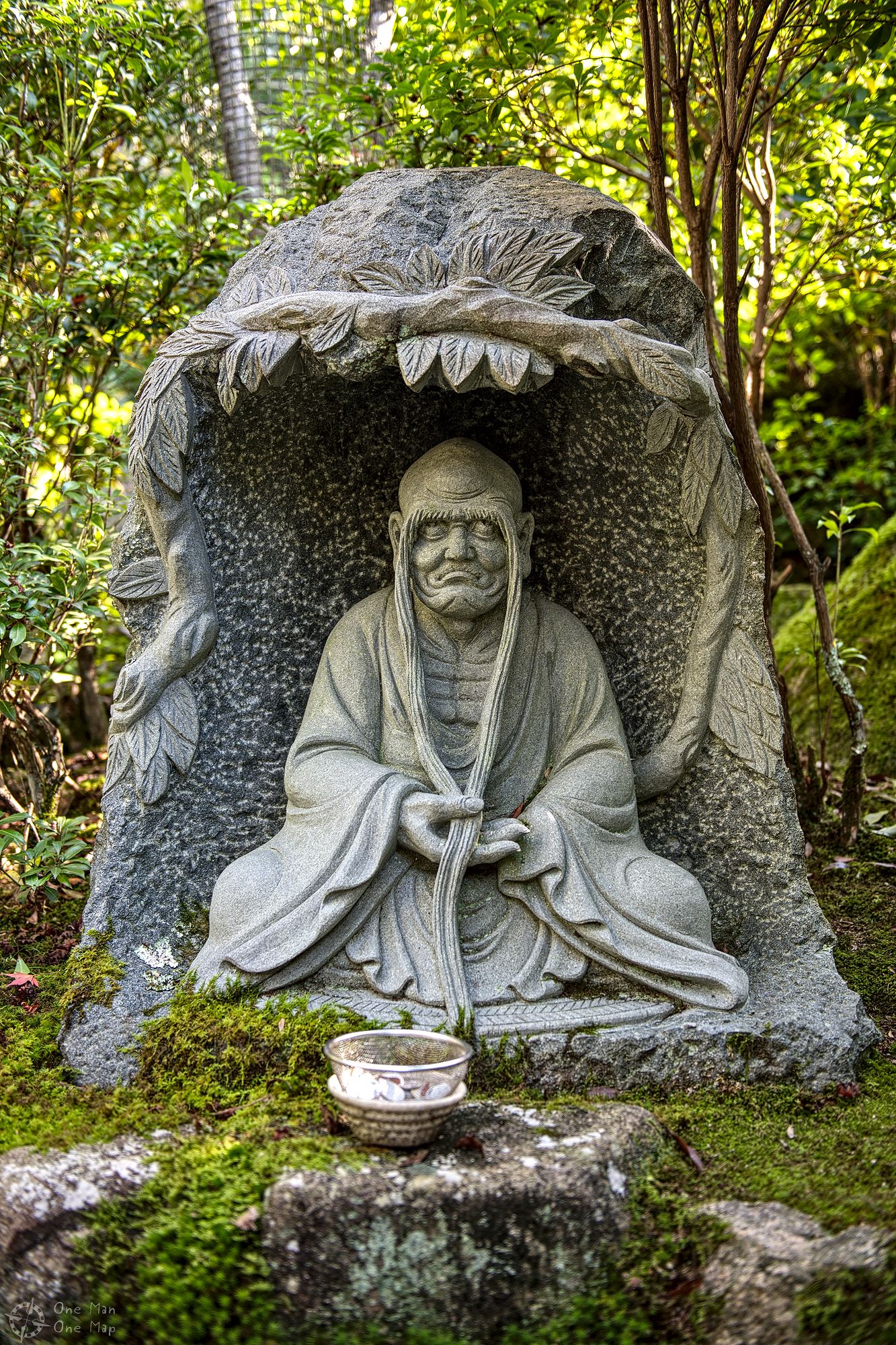 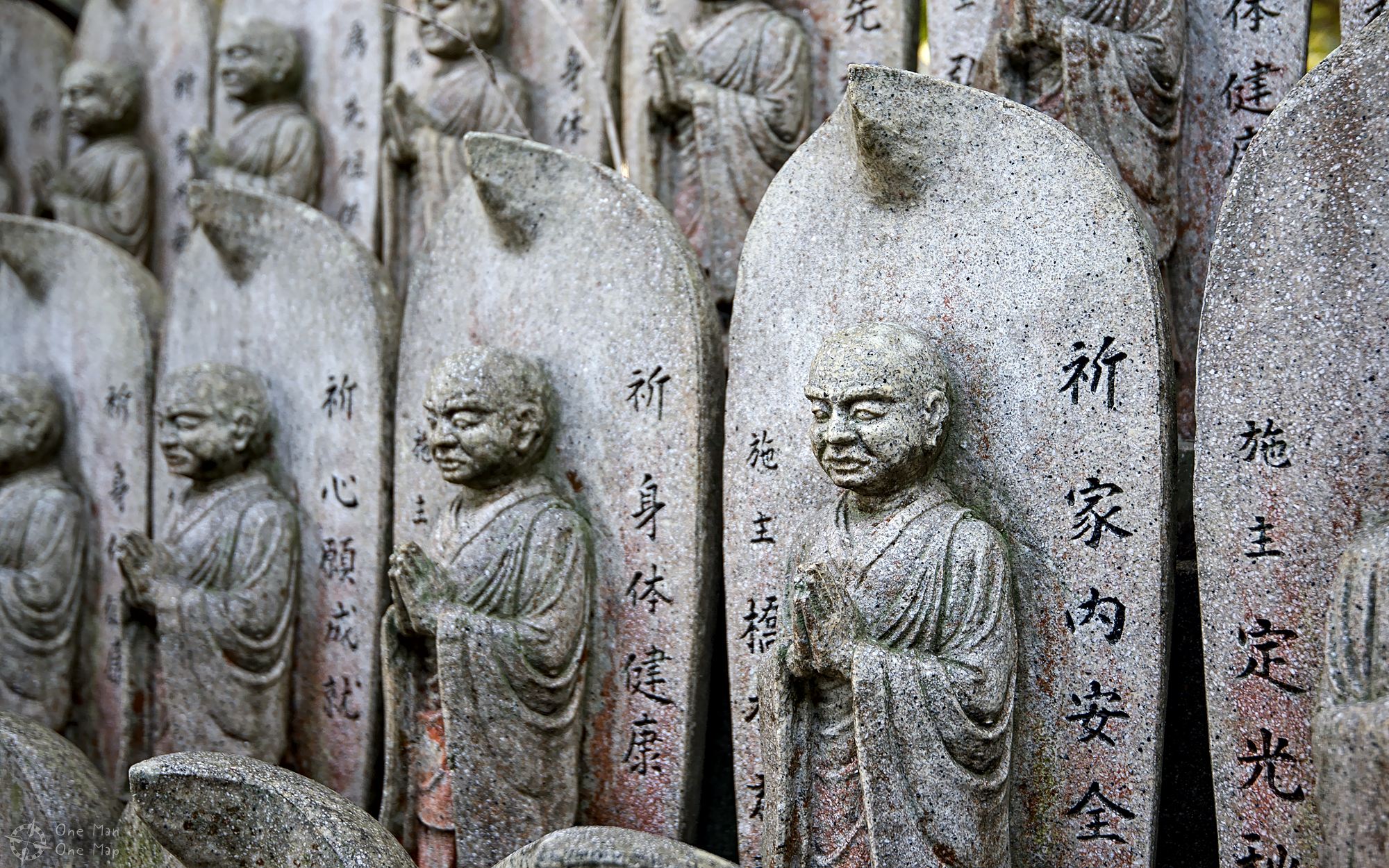 Pant. Step by step I continued upwards, sometimes going past prayer wheels. Originally they had been invented to give the illiterate a chance to gain good karma . One turn was worth as much as actually reading the inscription.

There seems to have been some kind of inflation, though, because in the Daishō-in a single turn is supposed to bring as much happiness as reading the Hannya shingyō, the Heart Sutra. This text is one of the shorter Buddhist sutras, but the English translation still has around 200 words. So my karma has probably improved by the value of whole books with Buddhist teachings on the ascent and descent 😉 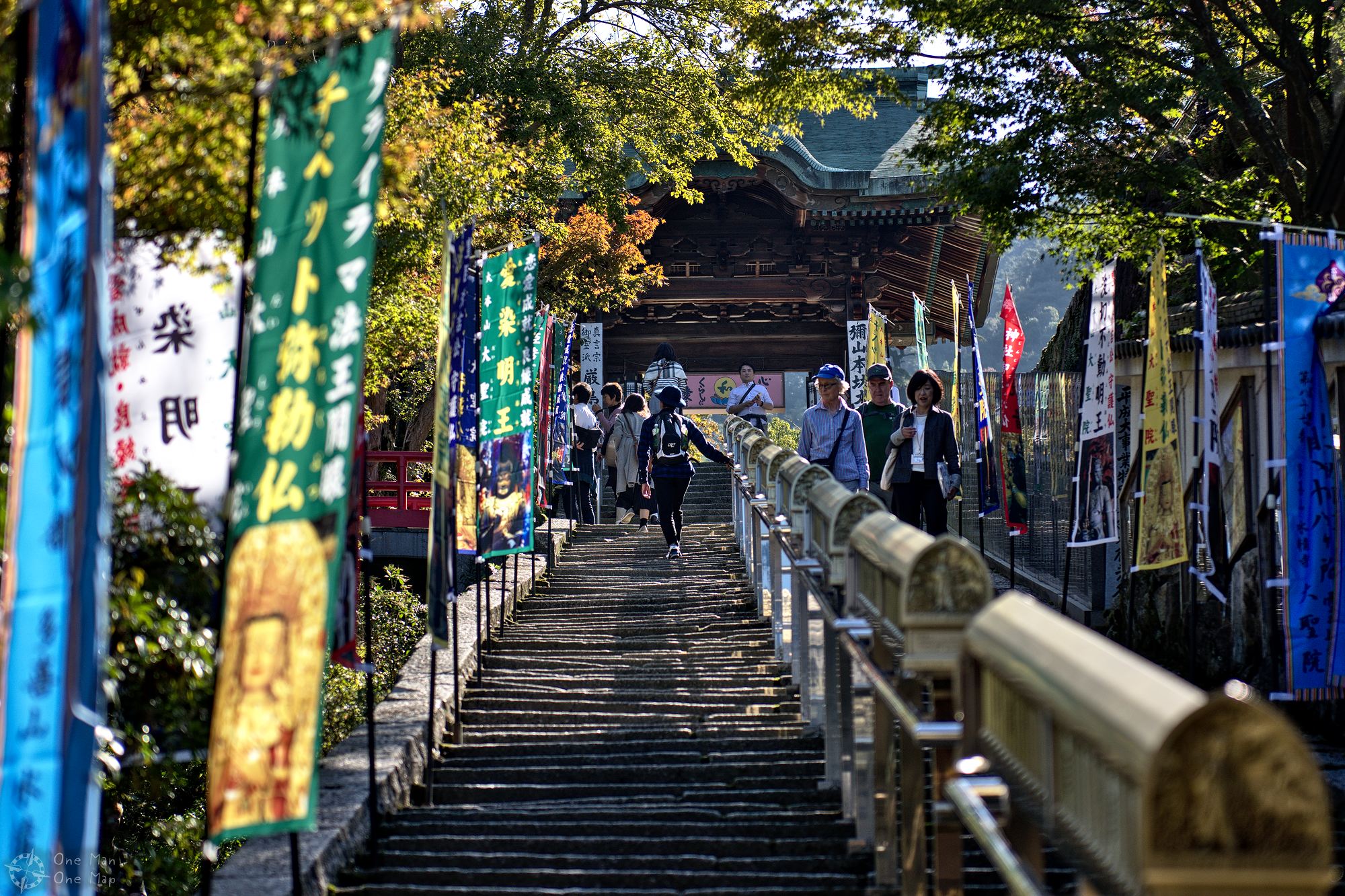 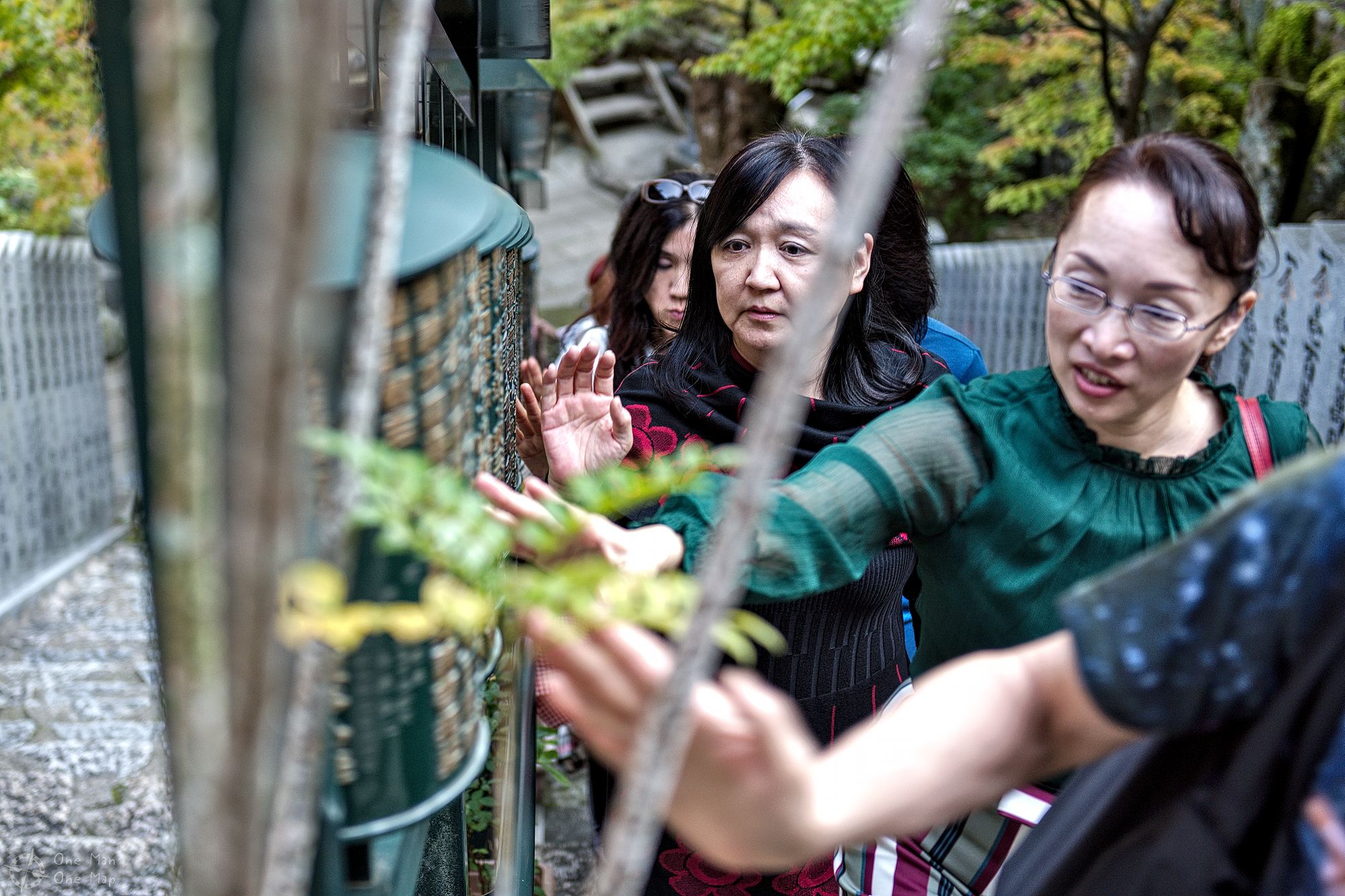 As in many other facilities, there was also a hall dedicated to the goddess Kannon. Kannon is probably the most popular goddess among Buddhists, as she stands for peace, compassion and compassion. There are so many Kannon shrines and temples in Japan that you can travel across the whole country just by doing a pilgrimage along all the larger shrines. Pilgrimage routes are often formed from groups of 33 locations, for example the Saigoku Kannon Pilgrimage (33 locations dedicated to Kannon in the greater vicinity of Kyoto and Osaka) or the Chugoku 33 Kannon Pilgrimage (33 locations between Himeji and Shimonoseki).

Speaking of inflation: Those who visit the Daishō-in on the day of the Kannon Festival (it will take place on the 10th of August in 2018) will be credited with karma worth 48,000 visits. Since the average person’s life only has about 30,000 days, my visit in mid-October suddenly seemed a bit inefficient… 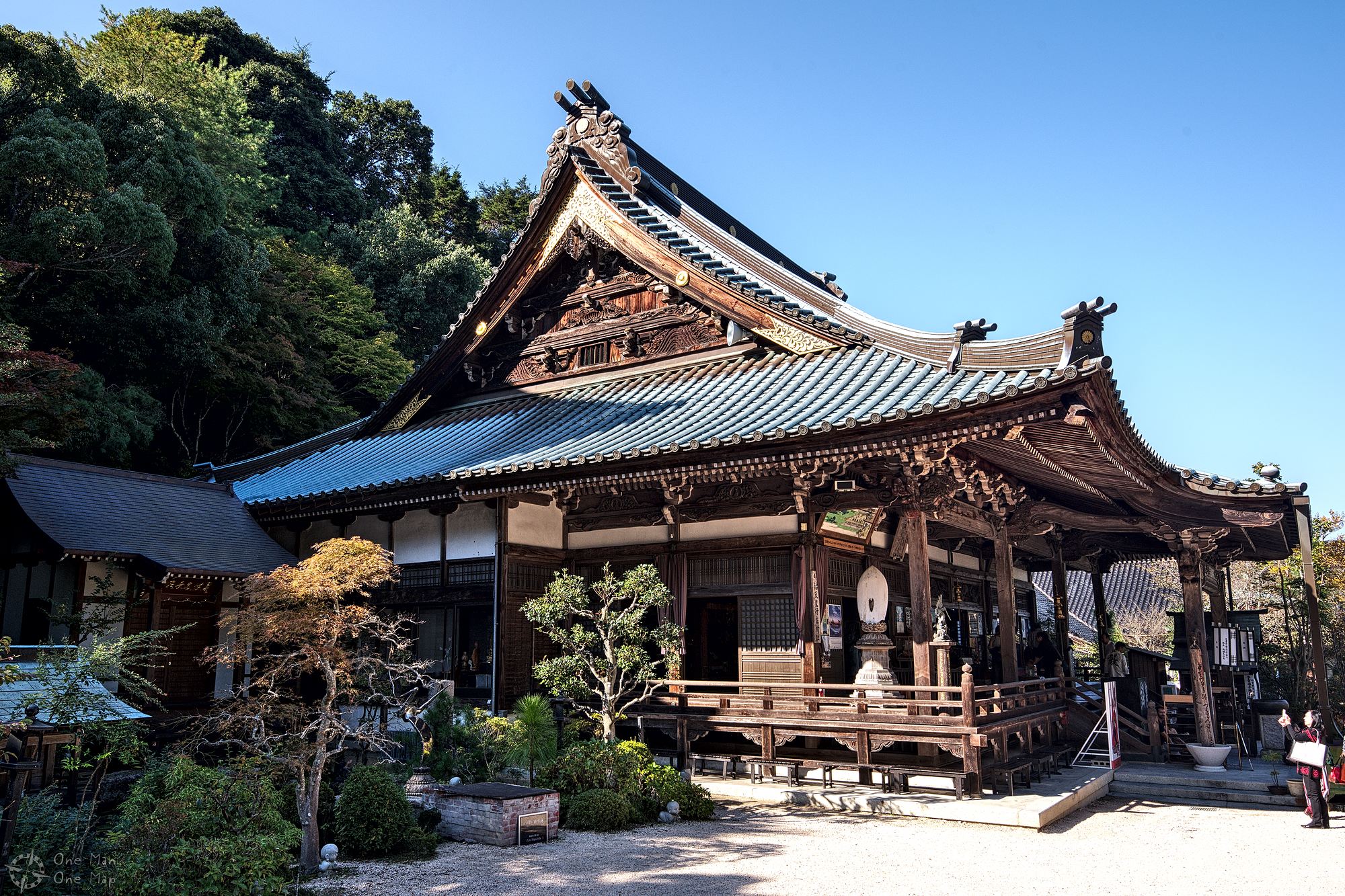 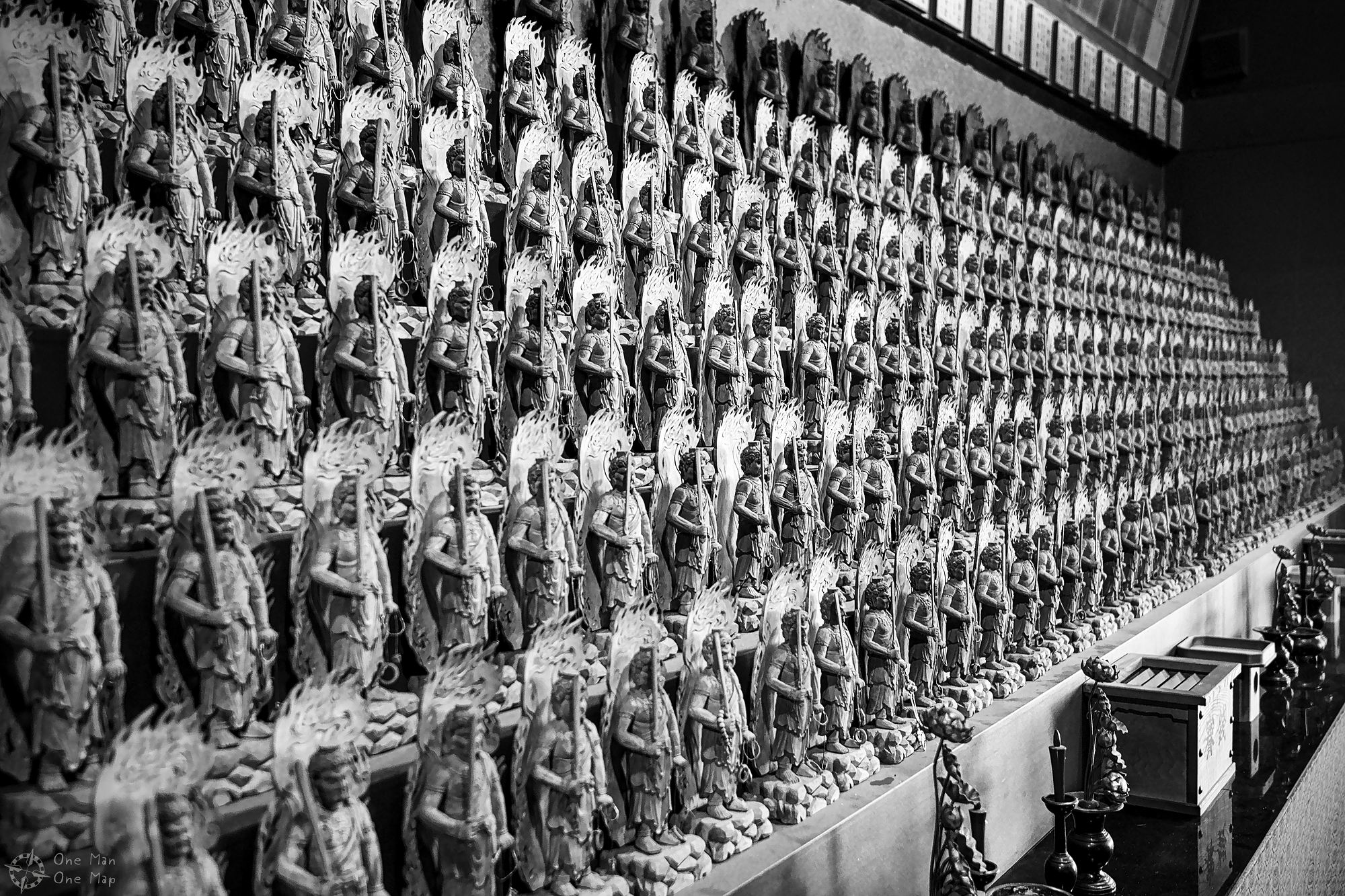 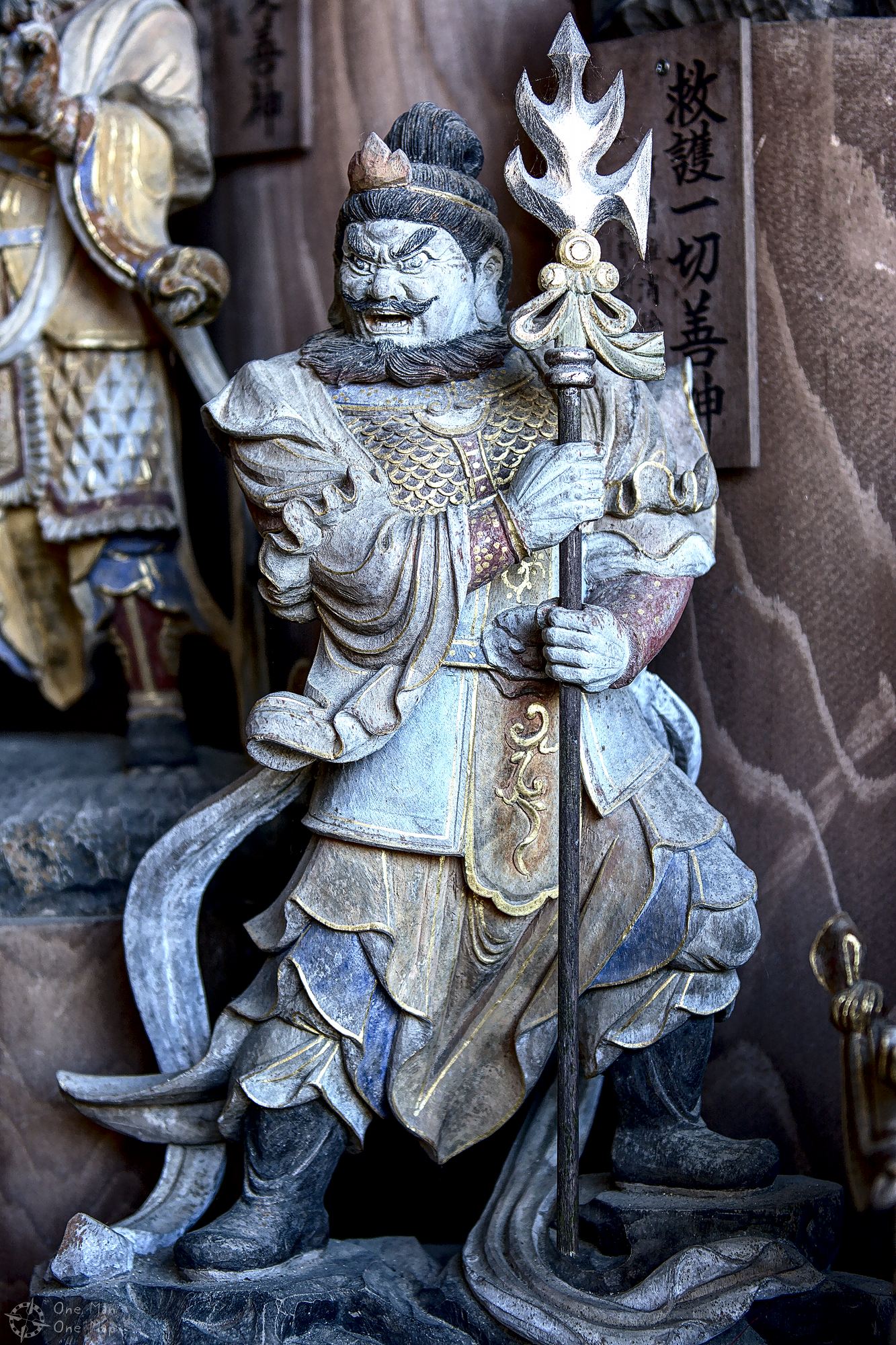 The ability of builders, priests, and monks to bring the religious buildings in line with nature was, as always, stunning. I think the term “oasis of peace” describes it quite well. 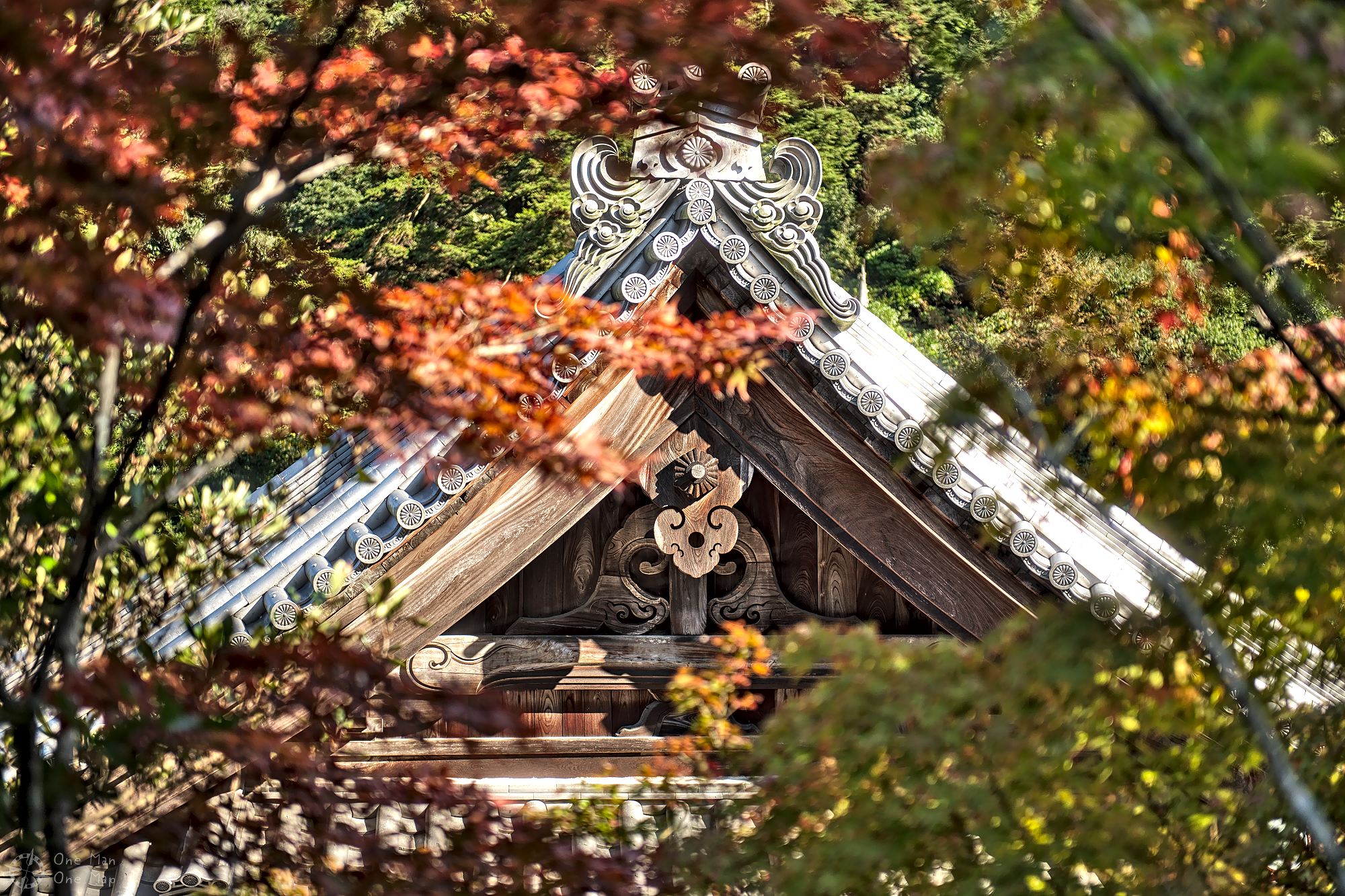 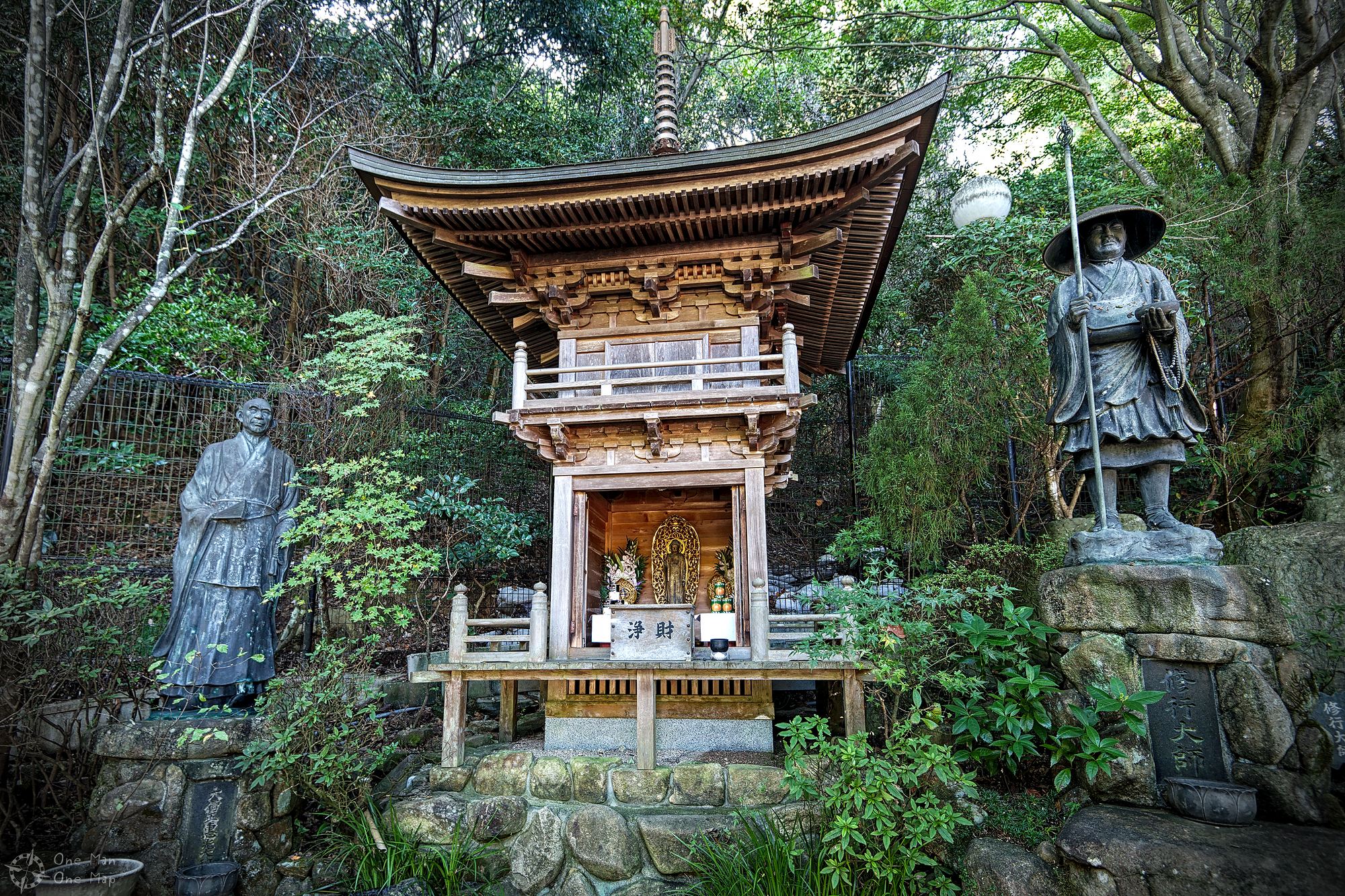 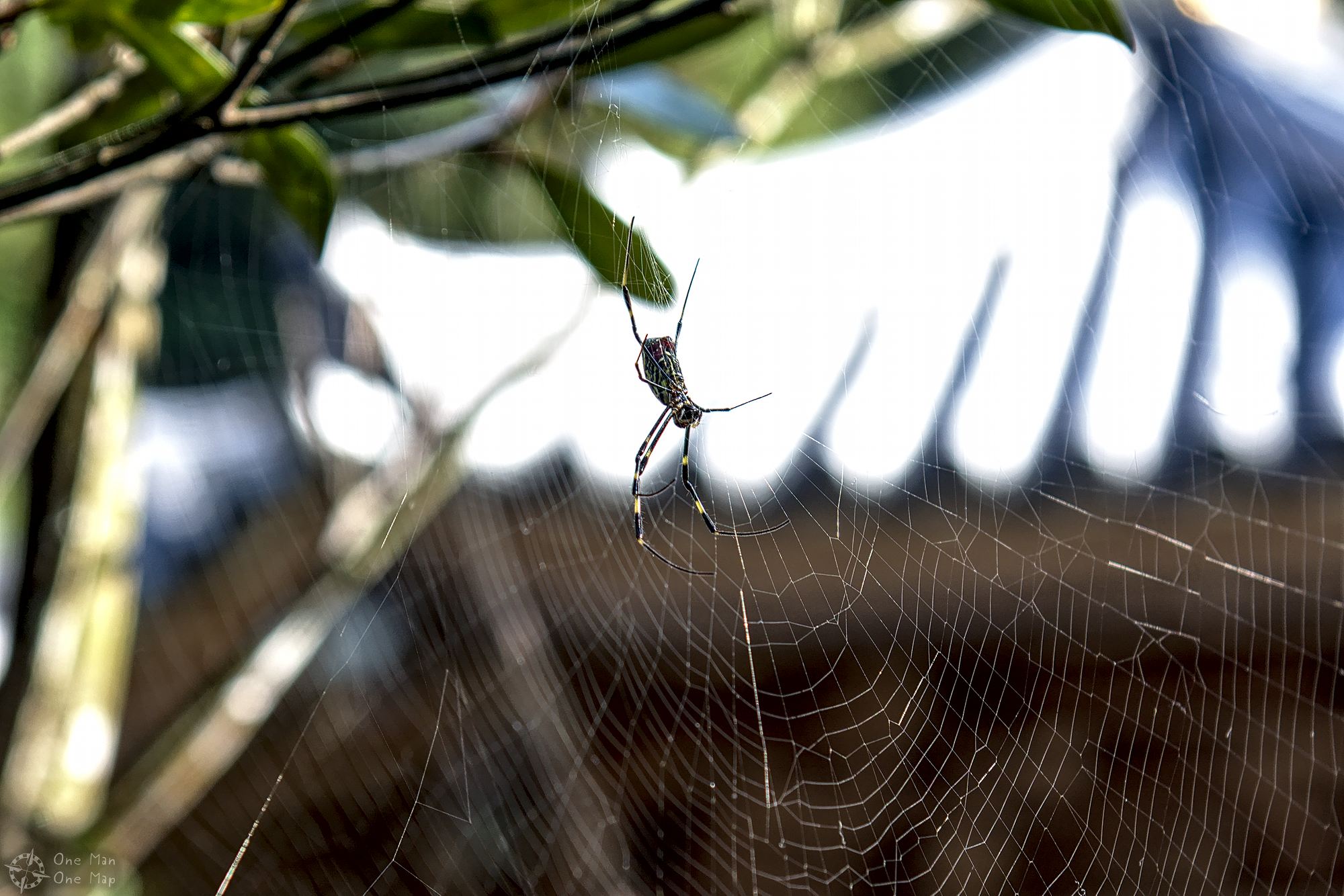 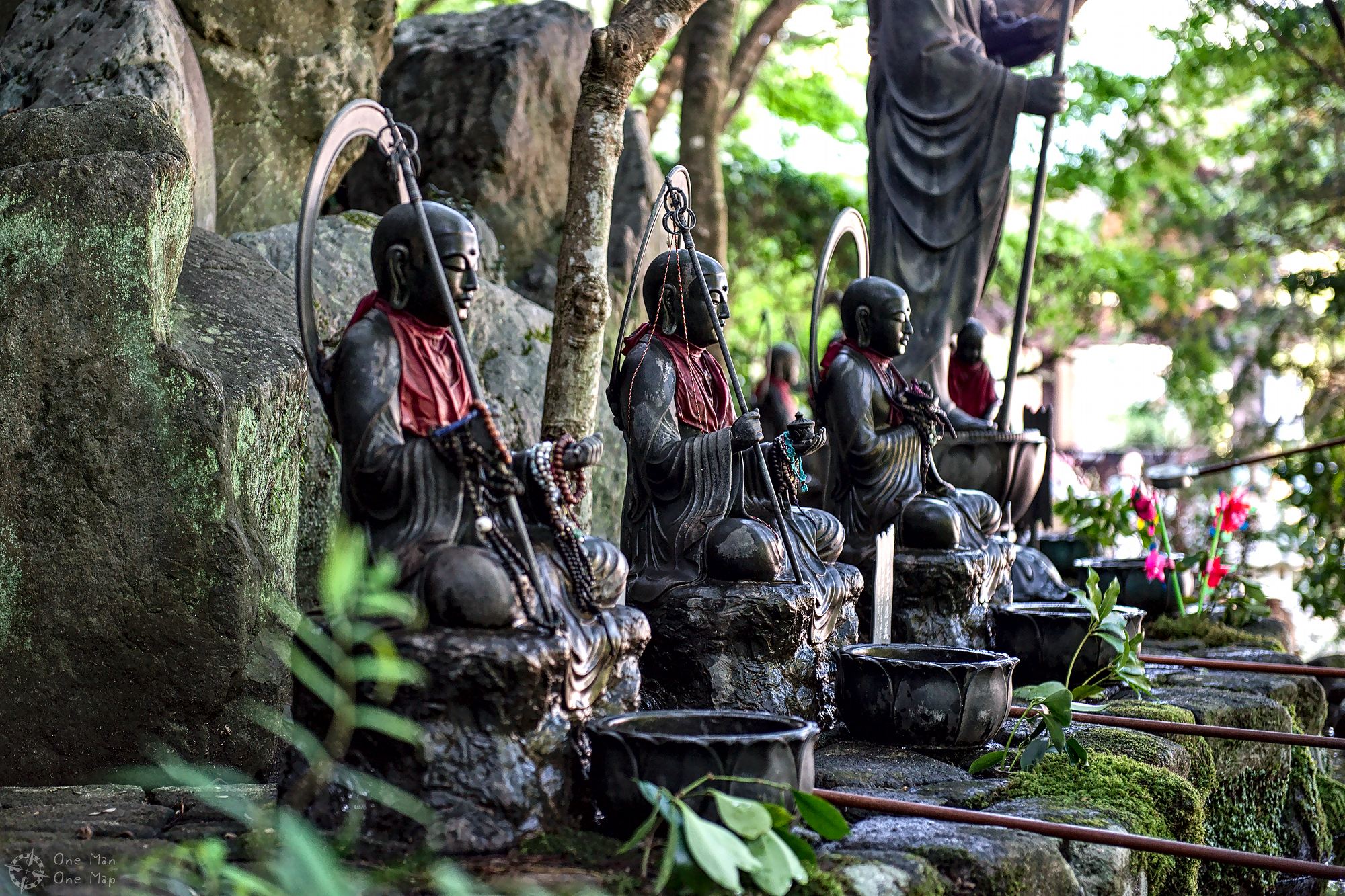 All of Japan is mountainous, and this also applies to islands. The highest mountain on Miyajima, Mount Misen, is even 535 meters high. If you have enough time and are in shape, you can hike to the top. All the others take the cable car, but then have to face the 1800 Yen (about 14 Euros) for the round trip and the long queues. 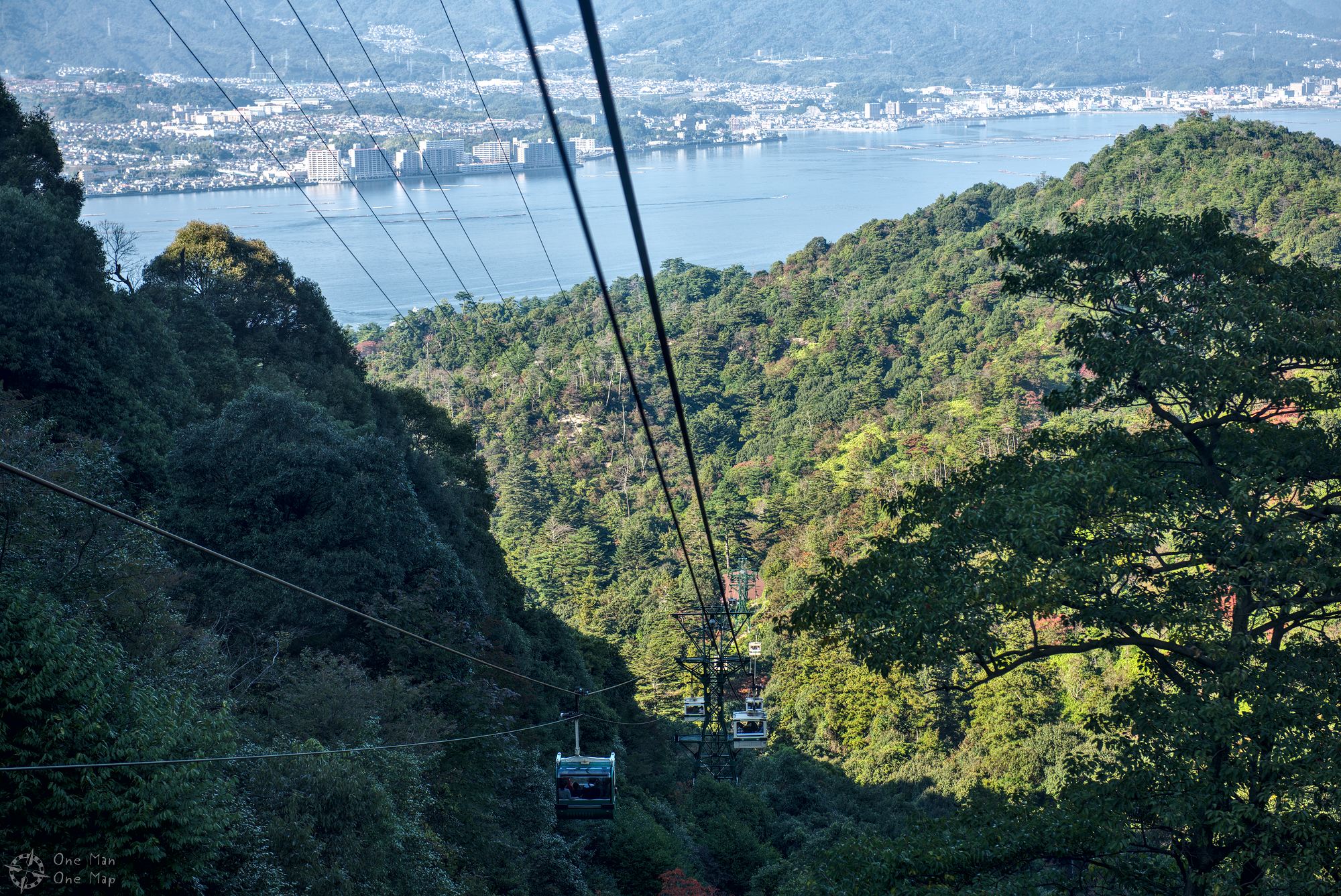 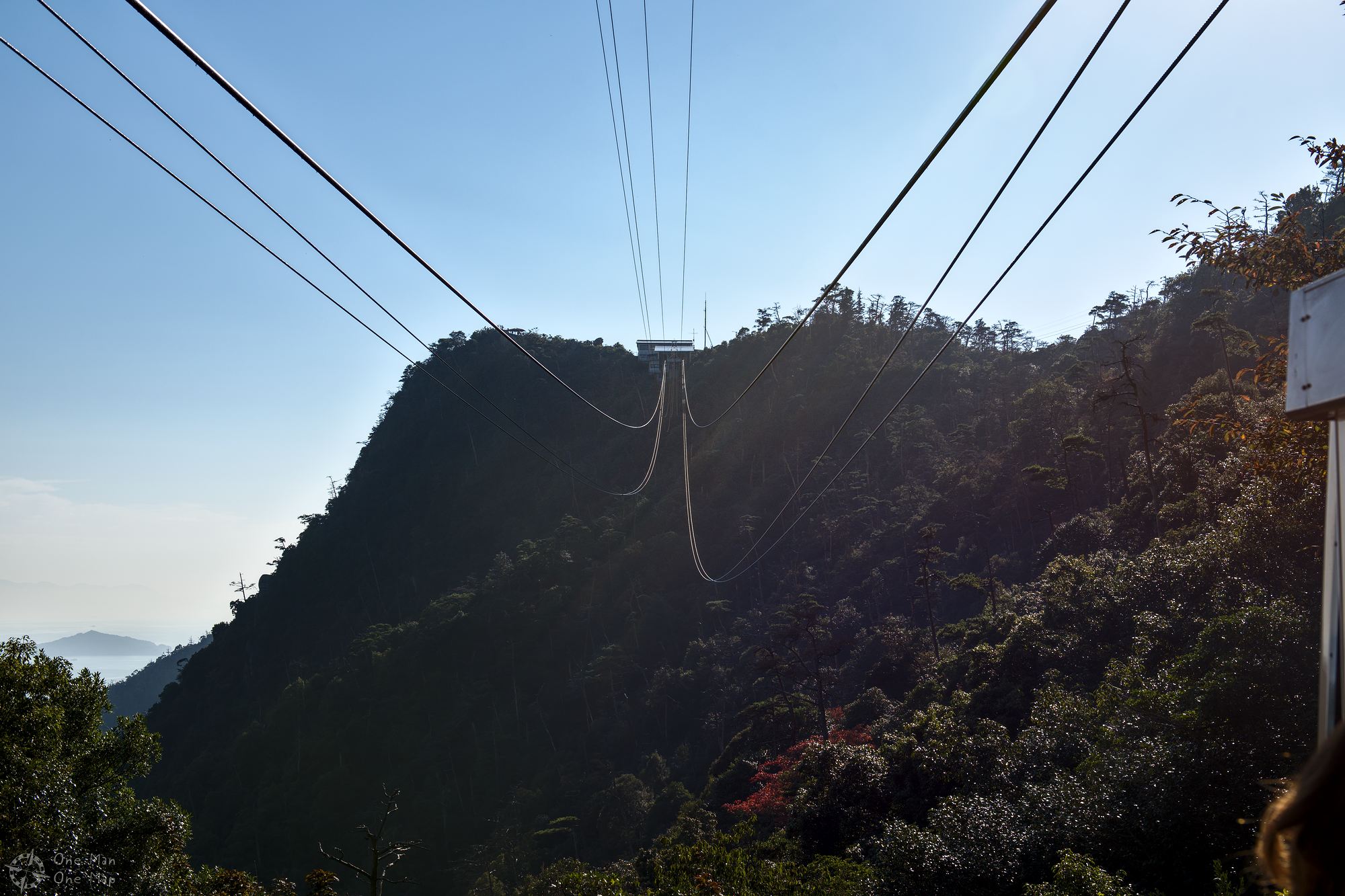 From the top station it was another 20 minutes and 150 meters of altitude to the actual summit. The trail passed by several smaller shrines, temples and statues. 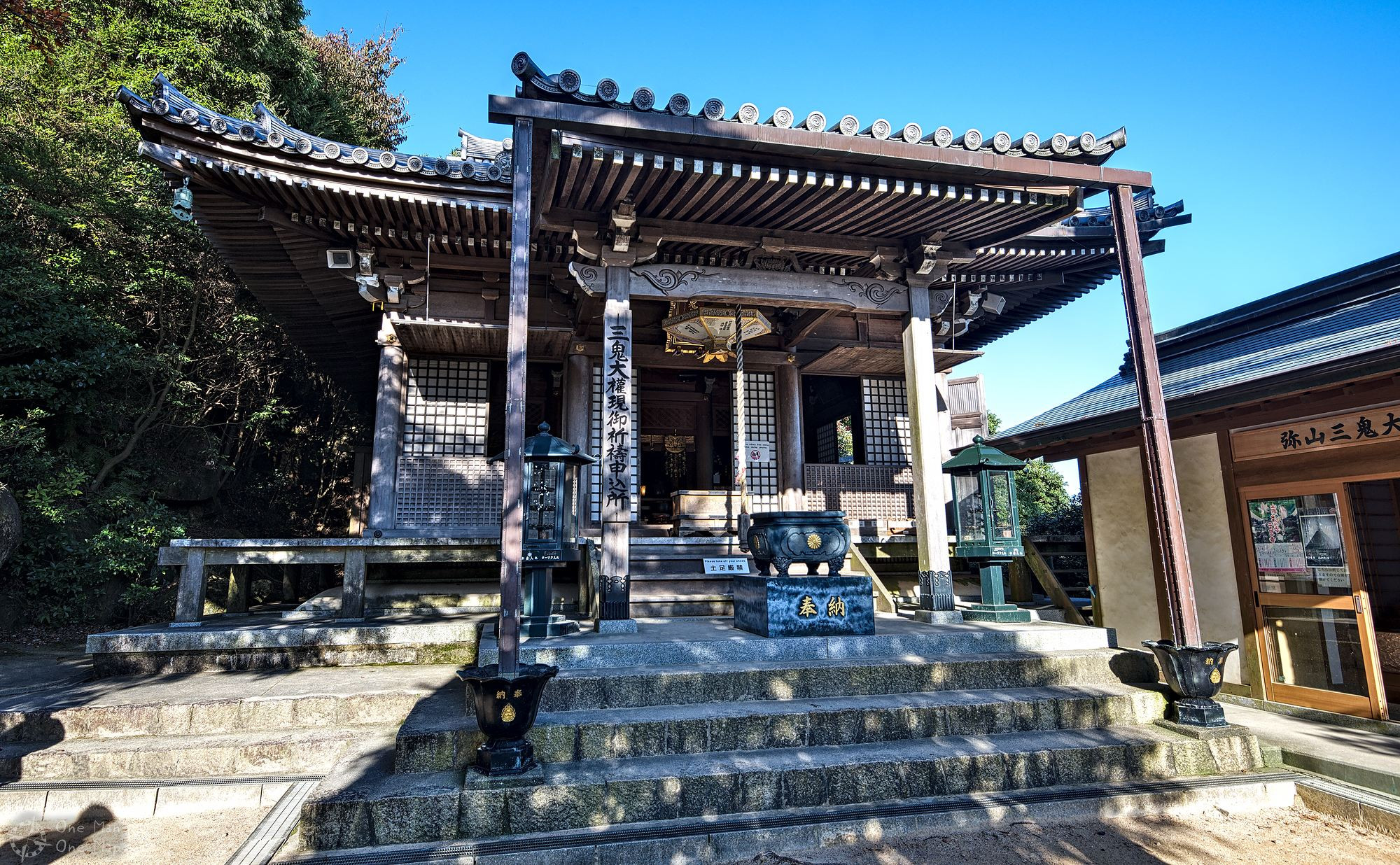 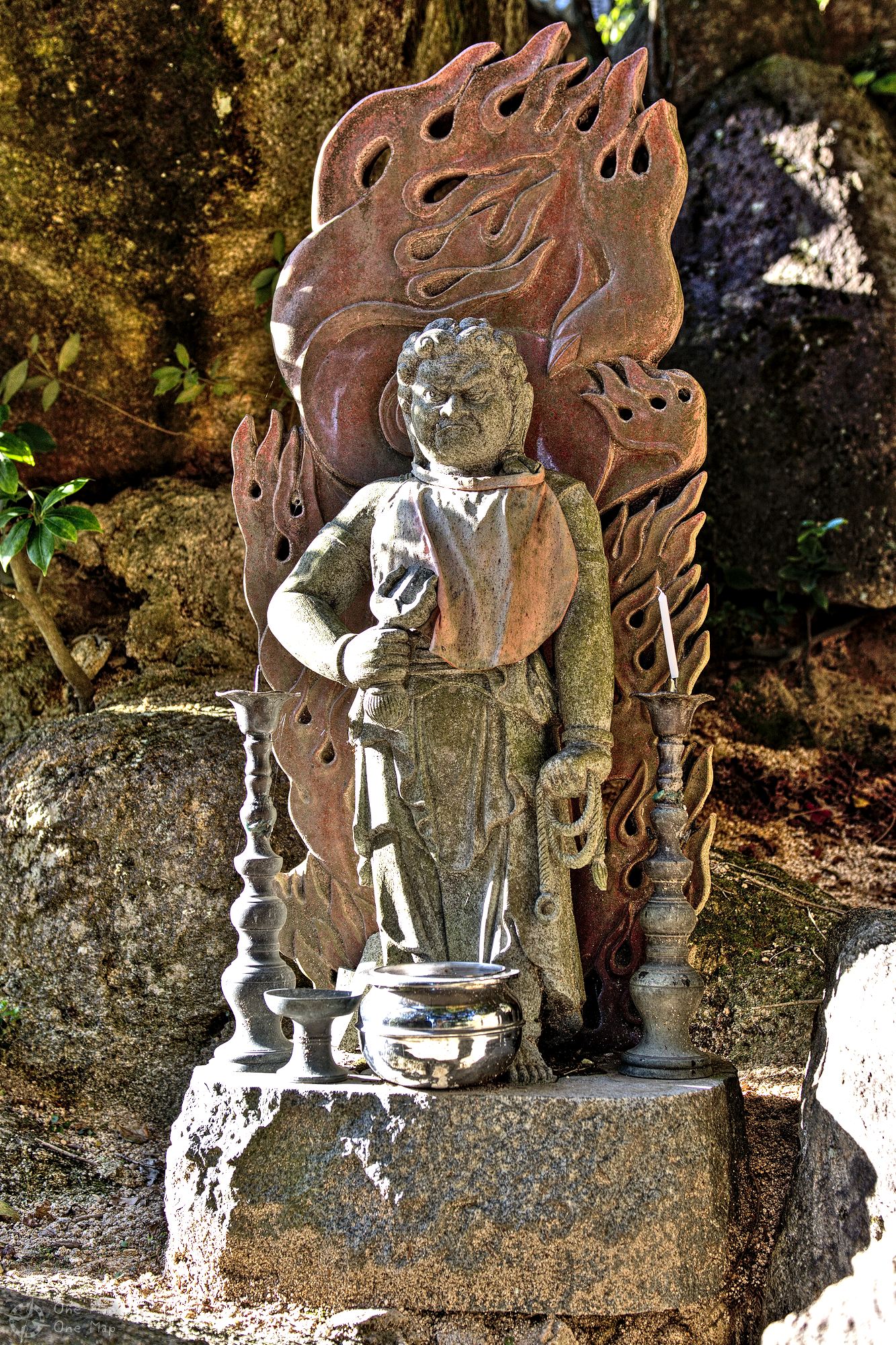 The summit offered a magnificent panoramic view over the Seto Inland Sea (瀬戸内海) and especially on the large island of Etajima (江田島市). The coastal town of Hatsukaichi (廿日市市) is in the opposite direction. 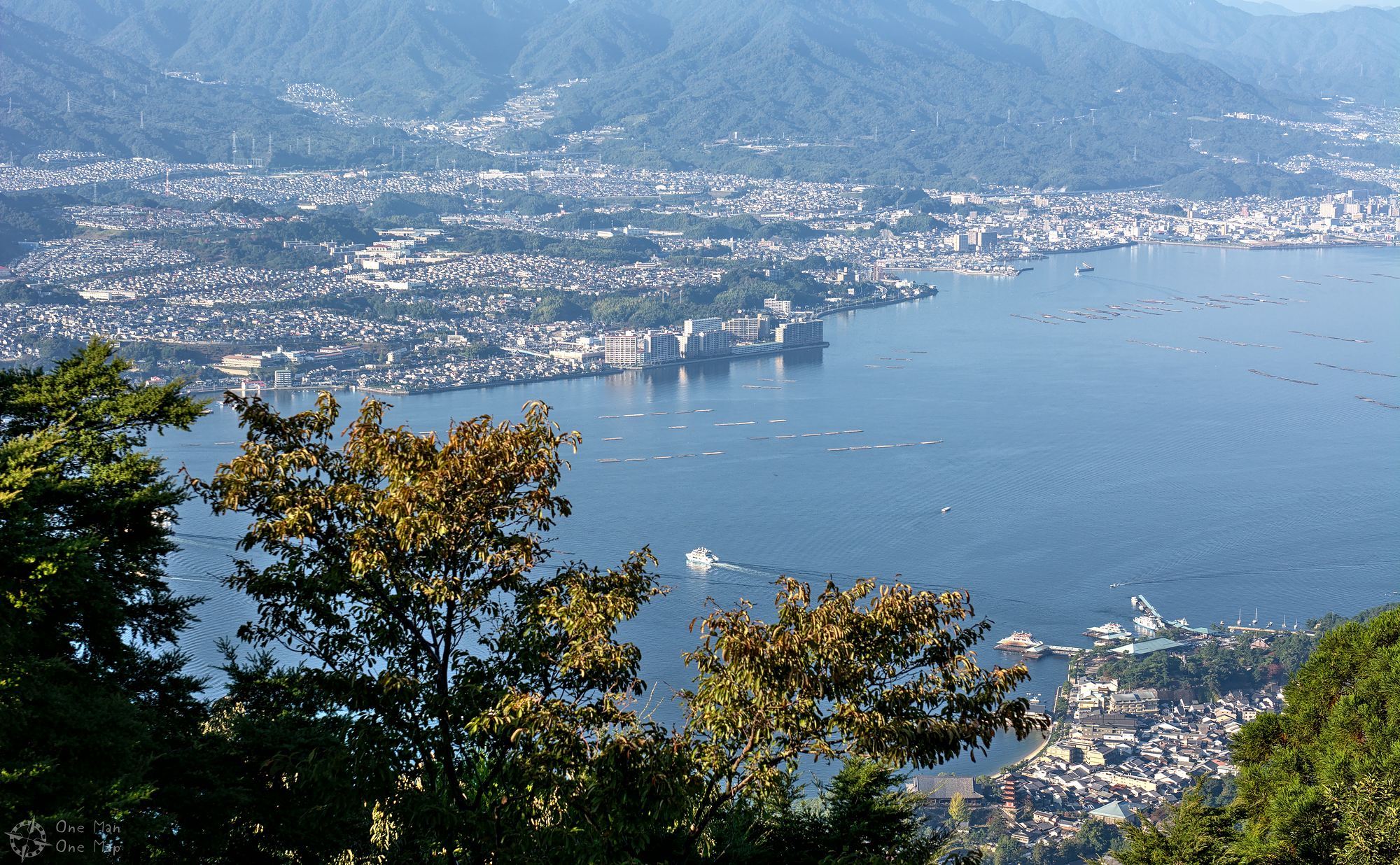 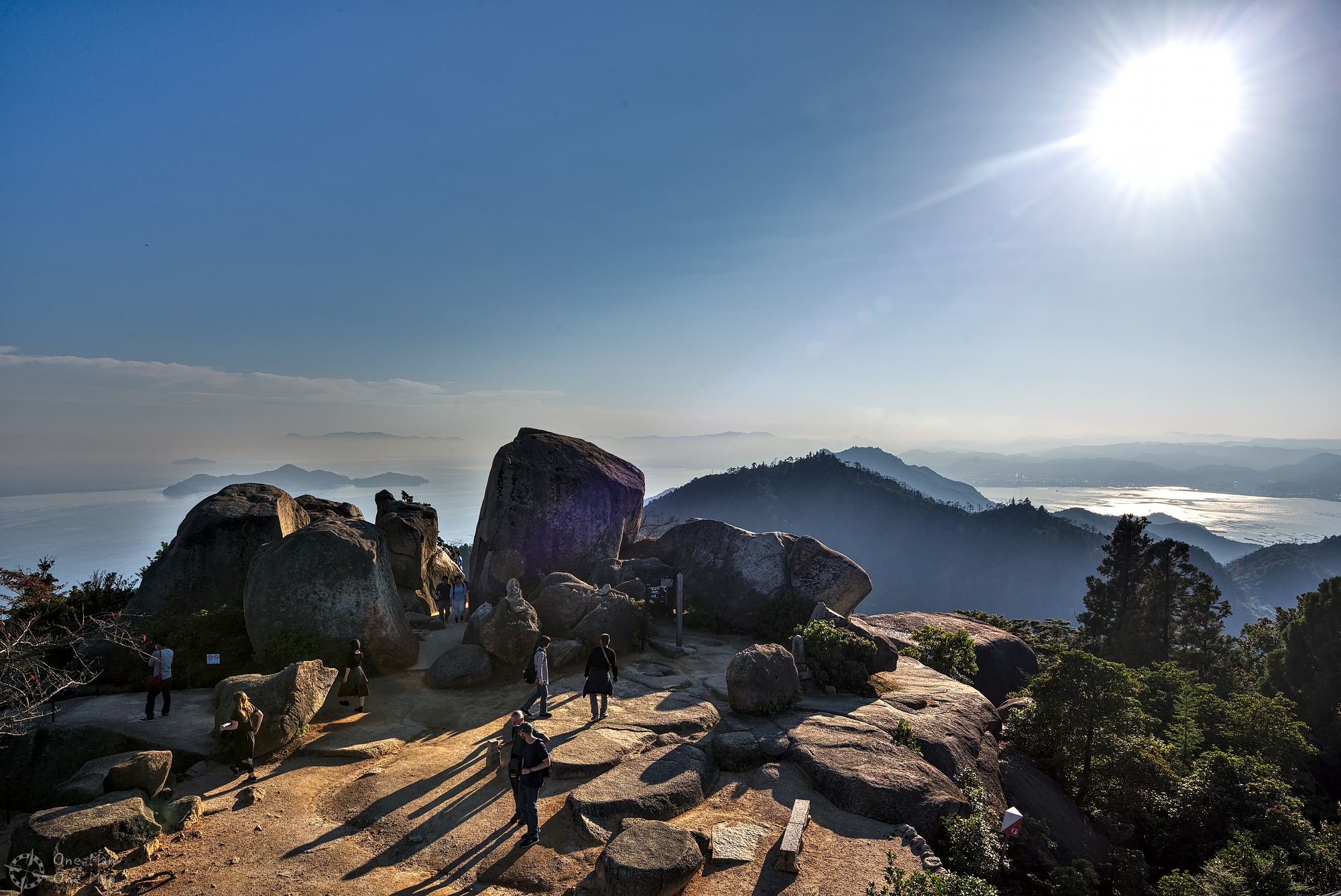 I made my way back down after this long and exhausting day and just managed to get a seat in the cable car. Depending on the season, the cable cars stop operating at 5:30 PM the latest. So you should probably arrive in the morning, because otherwise you have to walk down on foot in the dark. And that should be avoided. Over the past few years, several tourists have lost their way in the vast mountains, leading to injuries and even deaths 😯 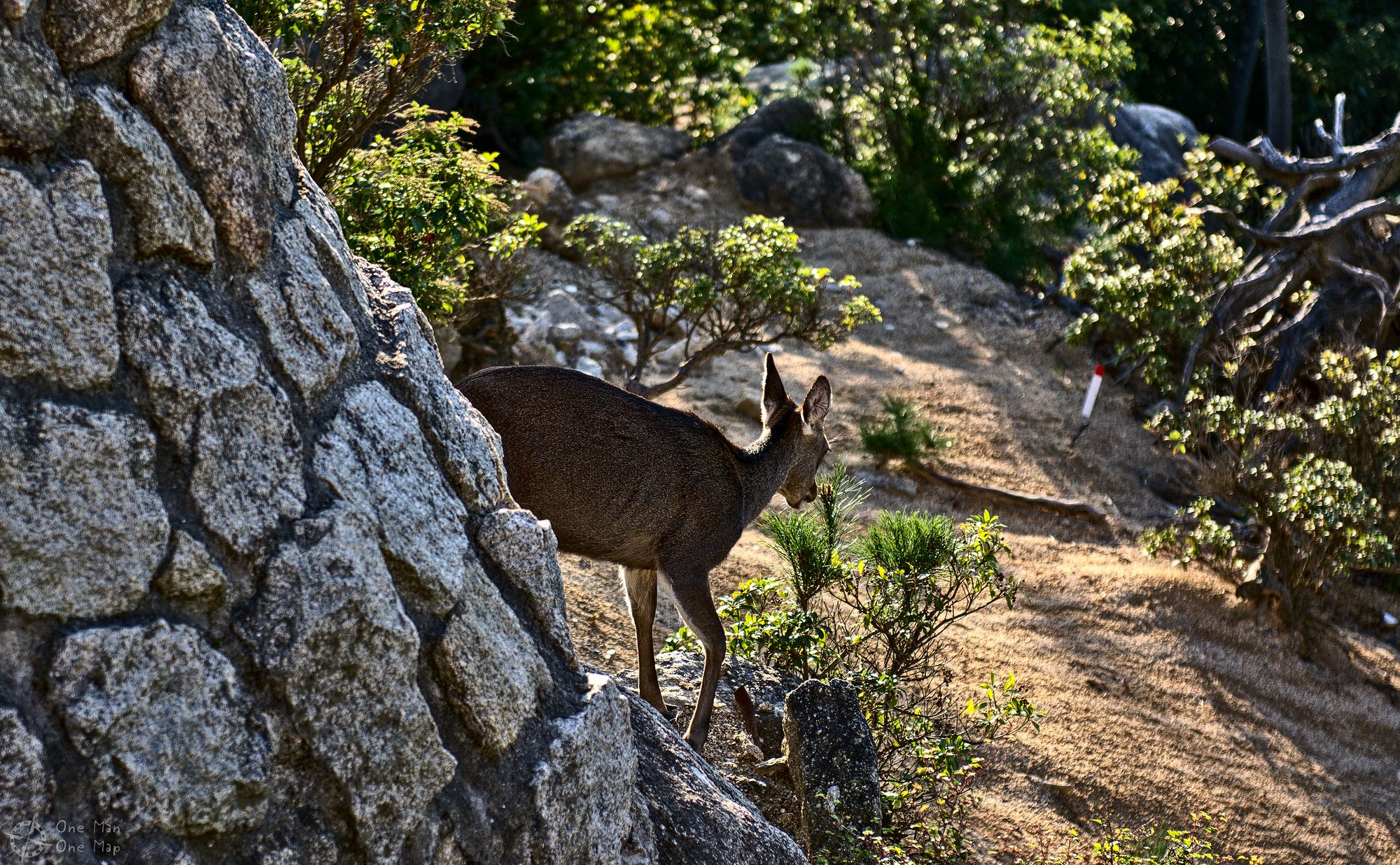 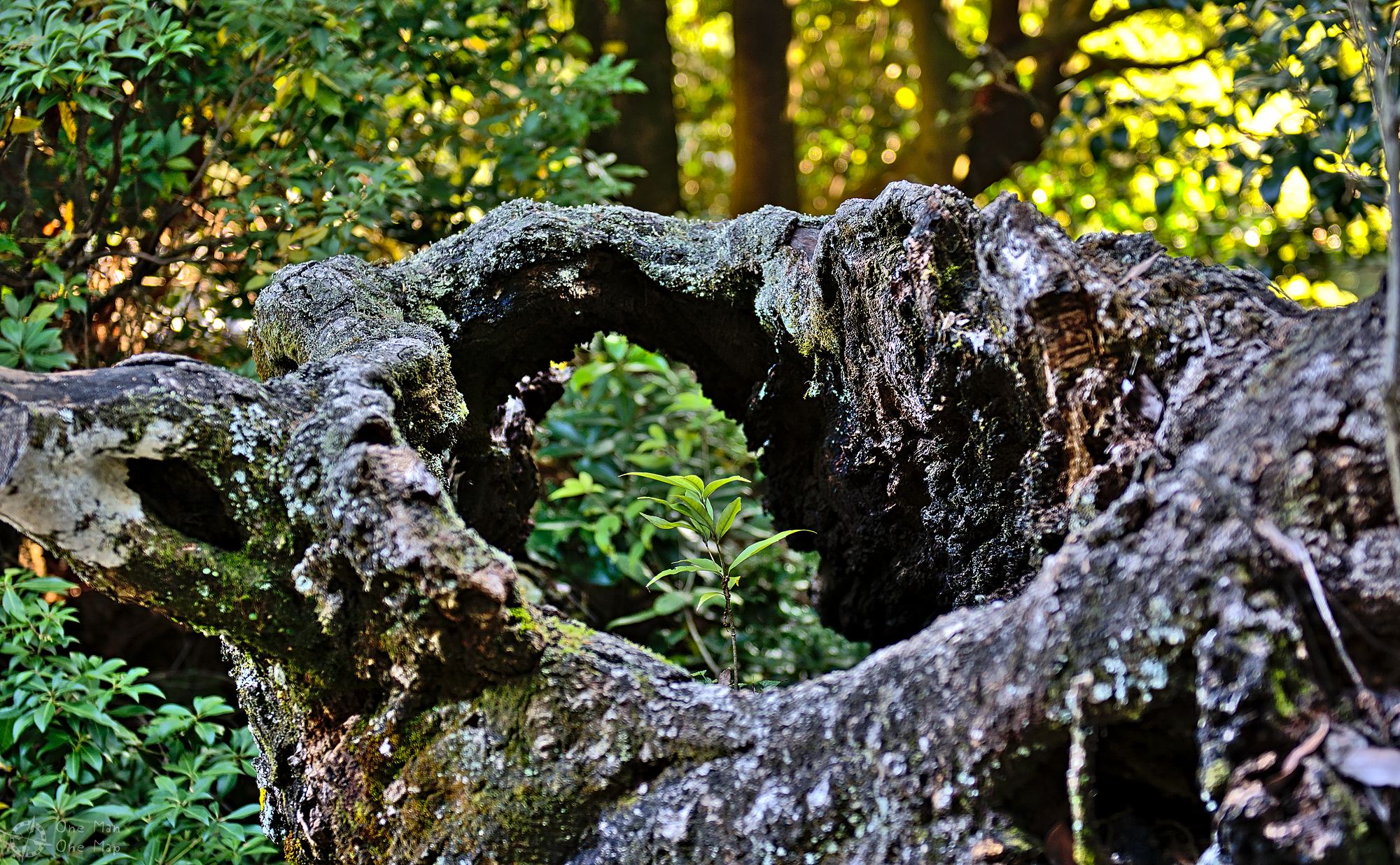 The large Torii in the bay in front of the Itsukushima Shrine is probably one of the most photographed structures in Japan, but most people leave the island before sunset. Most pictures therefore show the Torii in bright sunlight, depending on the tides even on dry land. That’s a real shame I think, because the ferries keep going until after 10 PM. While the streets and roads became emptier and emptier, I was sitting on a wall at the shore and kept waiting.

Shortly after 5 PM I pressed the trigger, and thirty seconds later the following picture fell out of the camera. 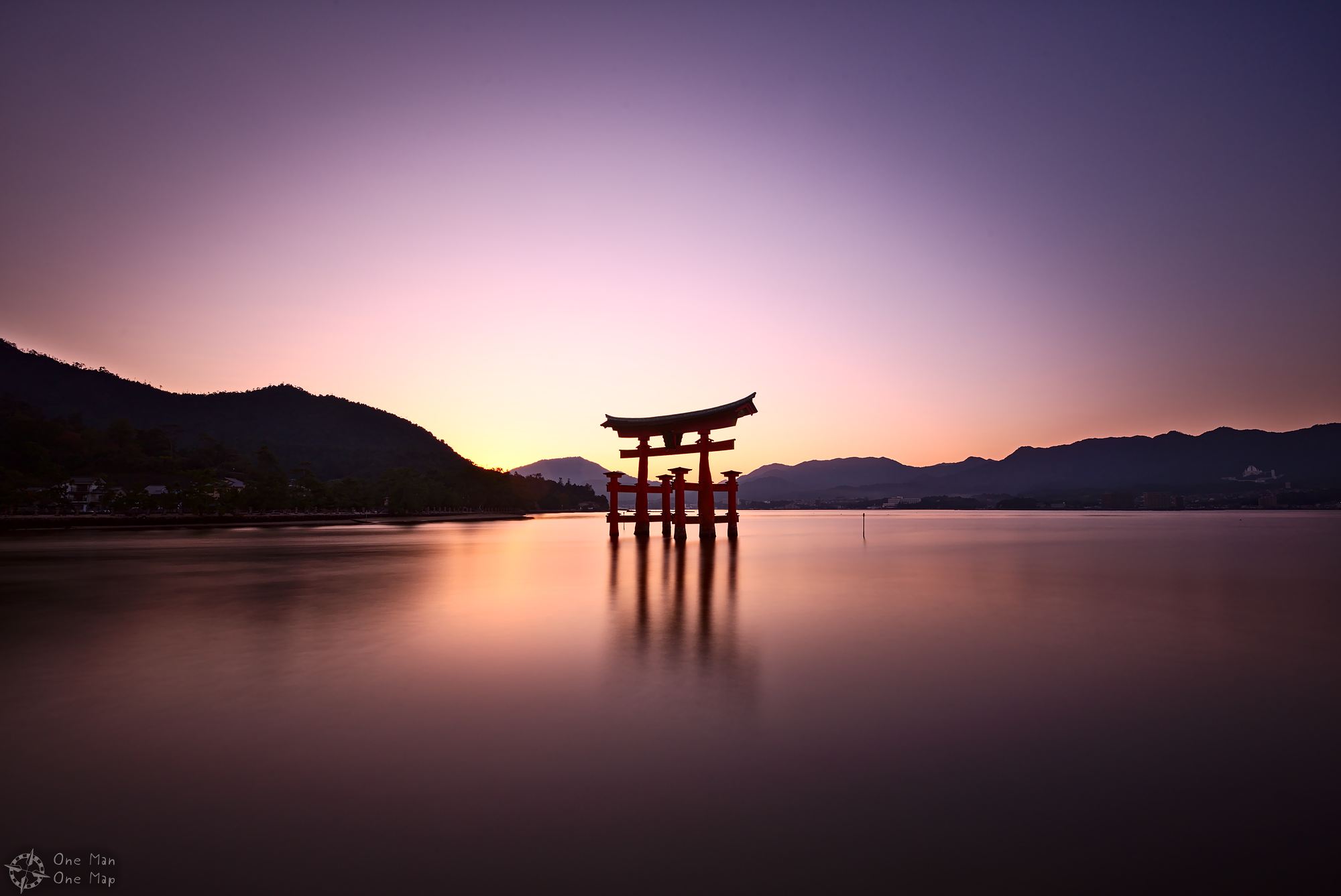 Next and last stop on my trip across Japan: Nagasaki 🙂