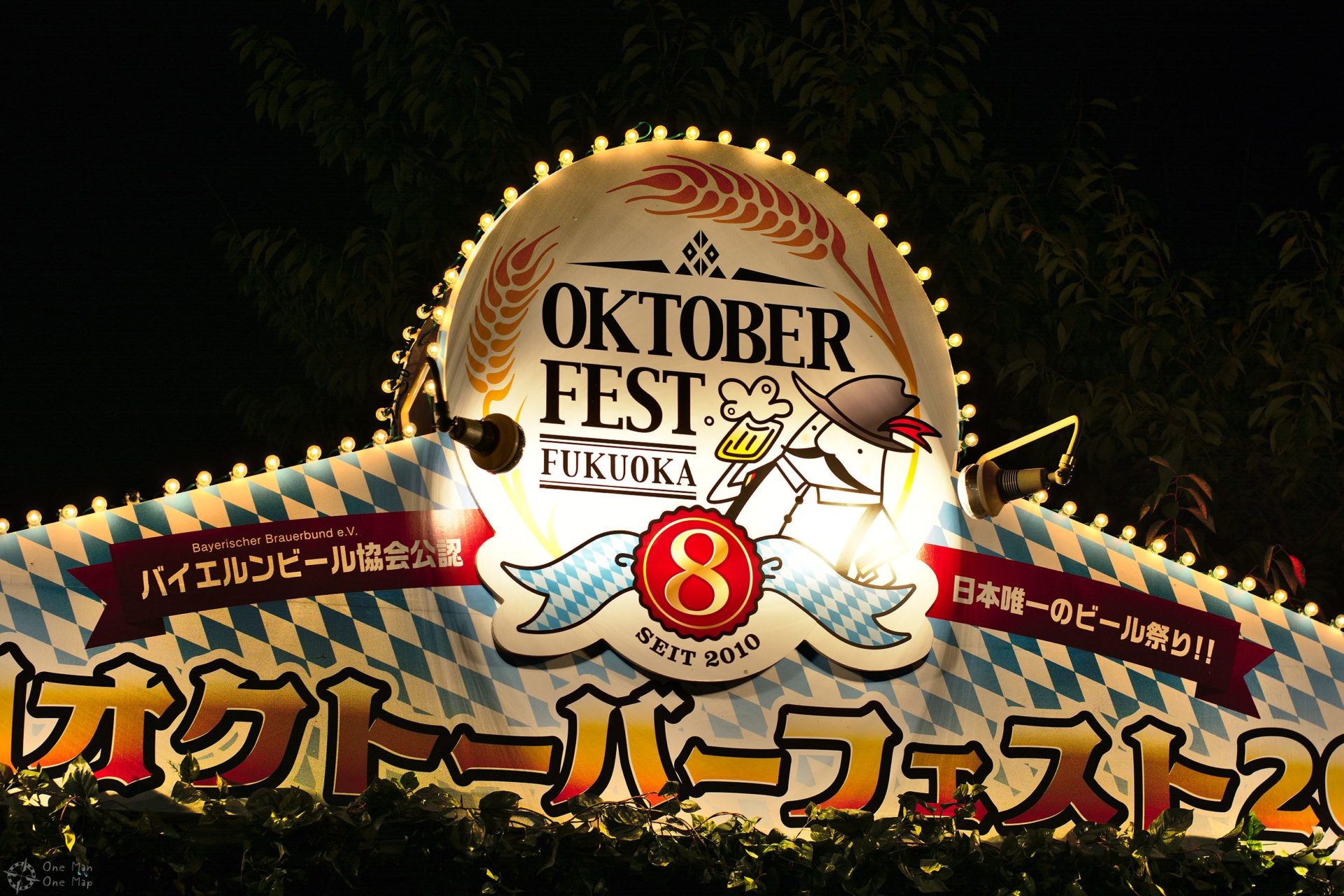 When I strolled through Fukuoka in the evening after a long day of rain, waves, typhoons and death-defying Japanese, I noticed a sign: “Oktoberfest Fukuoka, October 20-29, 2017”. Since I didn’t really expect to stumble over this epitome of German culture so far from my homeland, I set off for the venue in Reisen Park (冷泉公園).

16 different beers on tap, typical German entertainment and typical German food – at least that’s what the website promised. Well, it’s not that I don’t trust the Japanese with German culture. The Japanese Baumkuchen (a variety of spit cake) has long surpassed the German original. But beer, a marquee, traditional German garbs and sausages? I guessed I should better have a look at what they were doing… 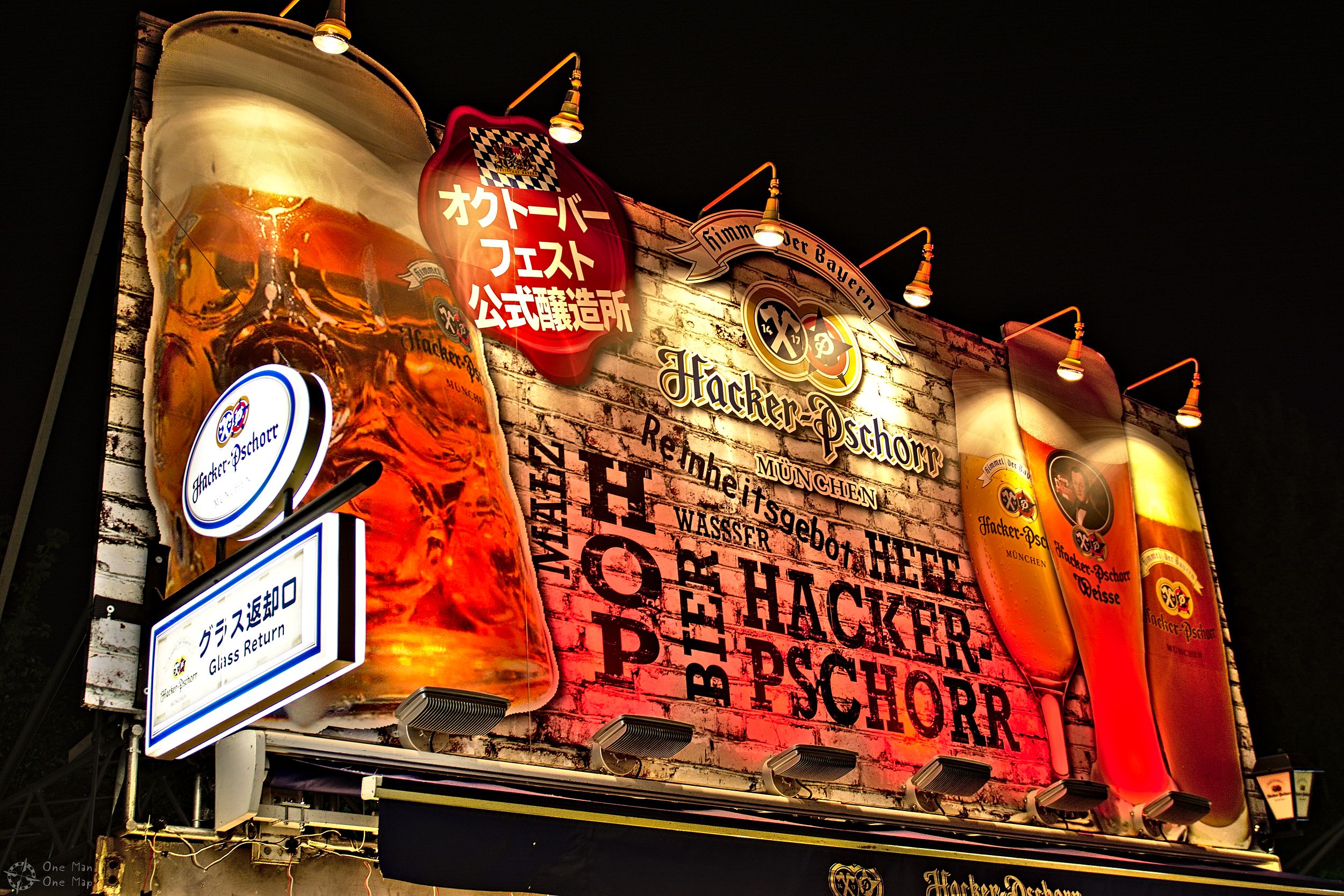 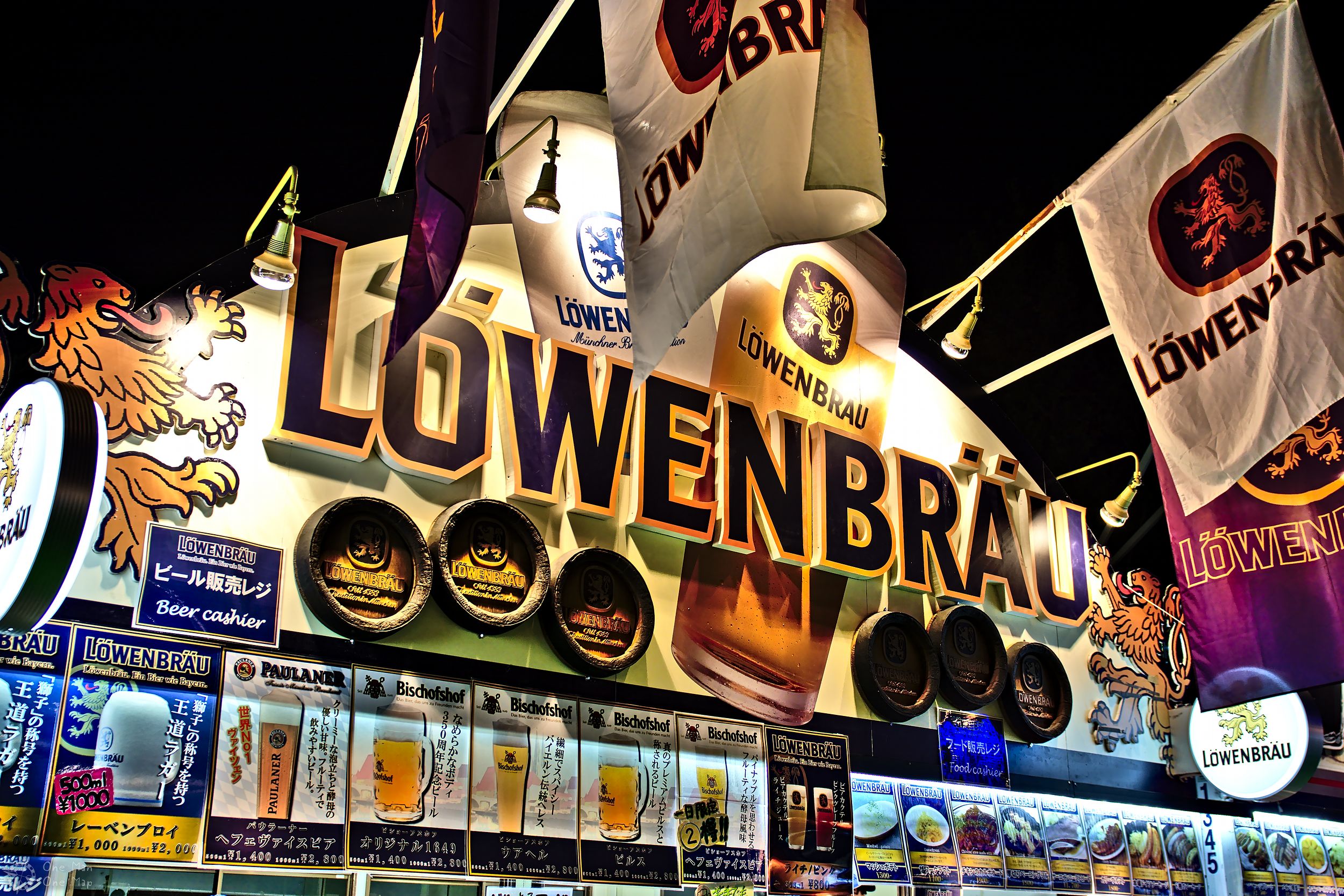 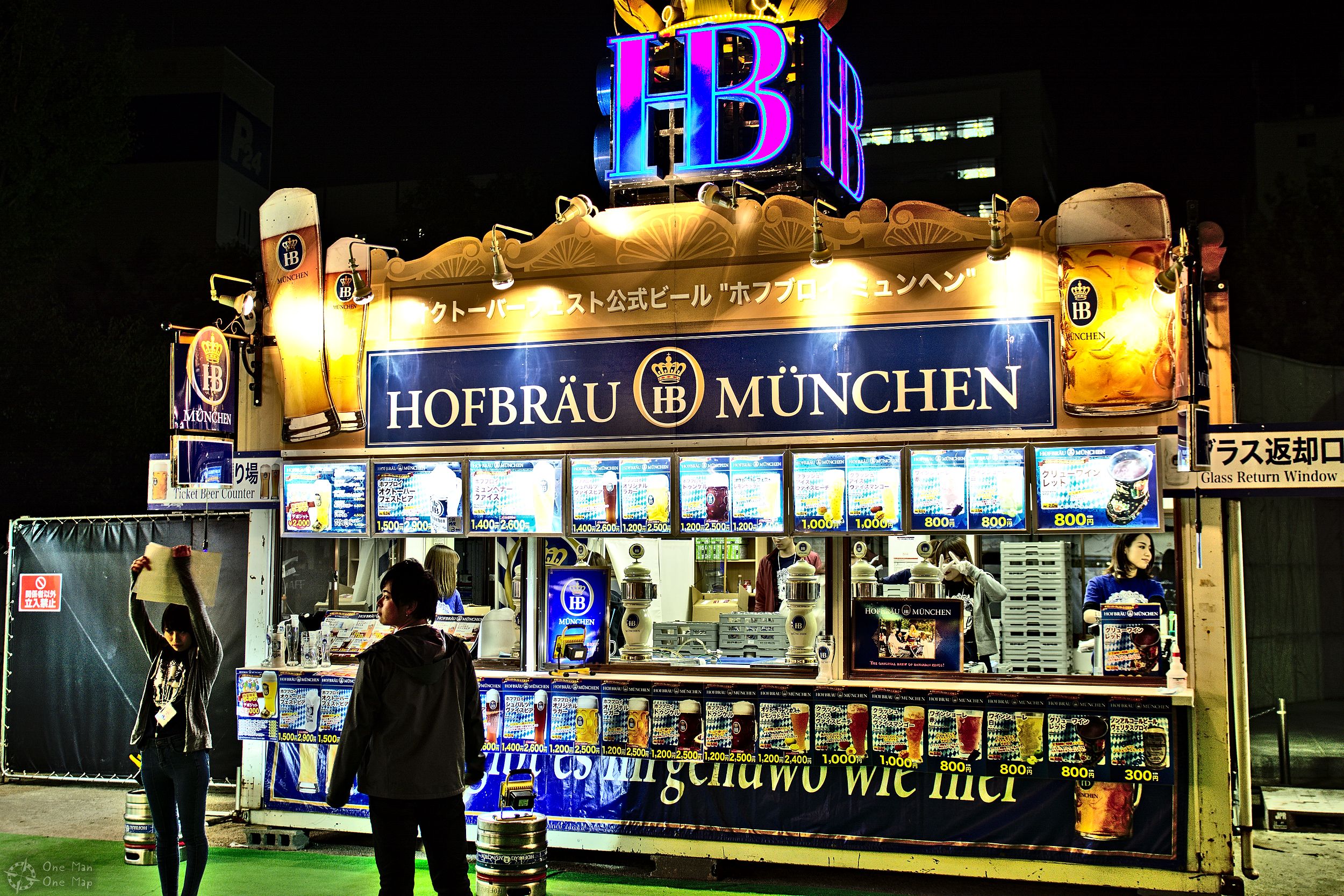 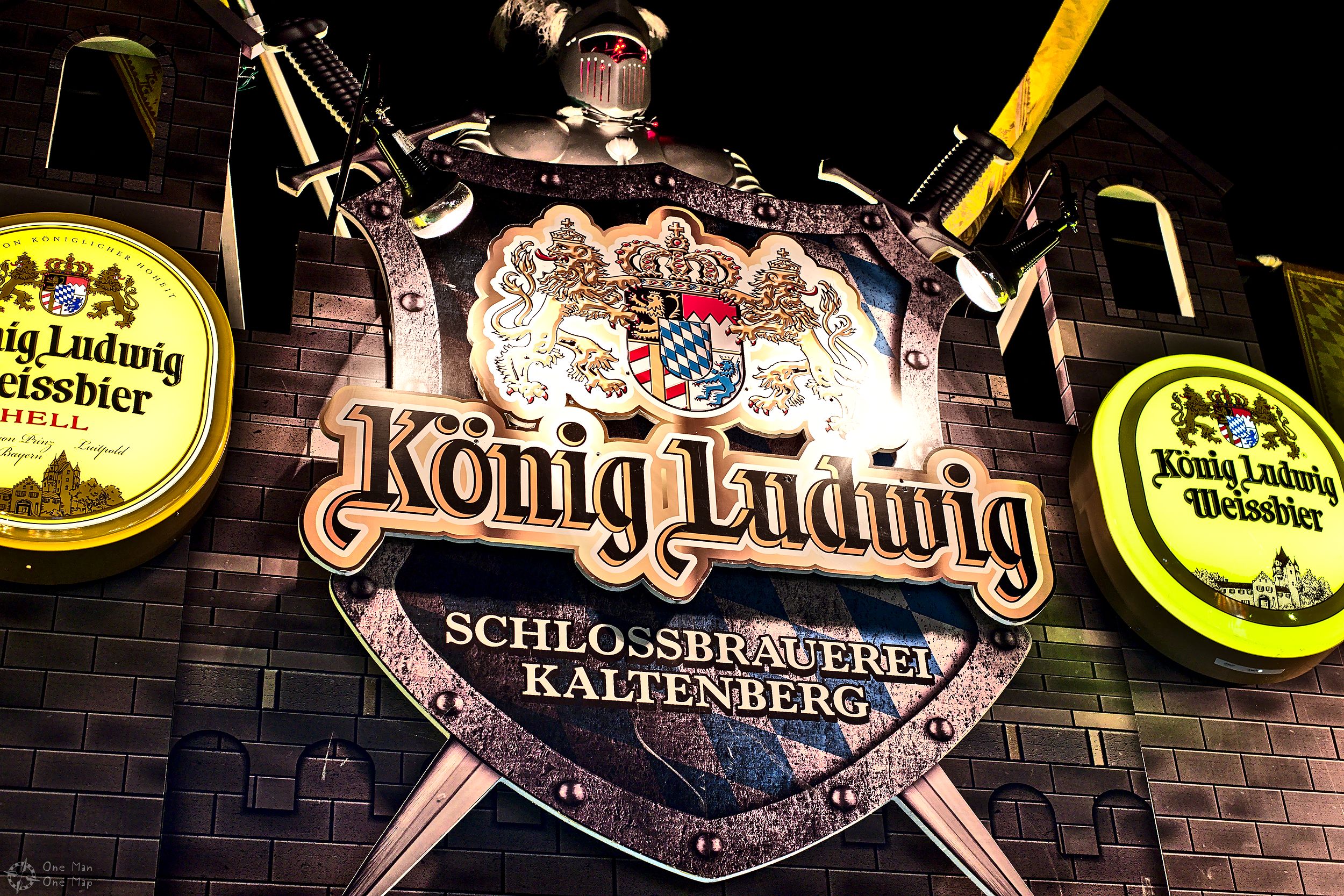 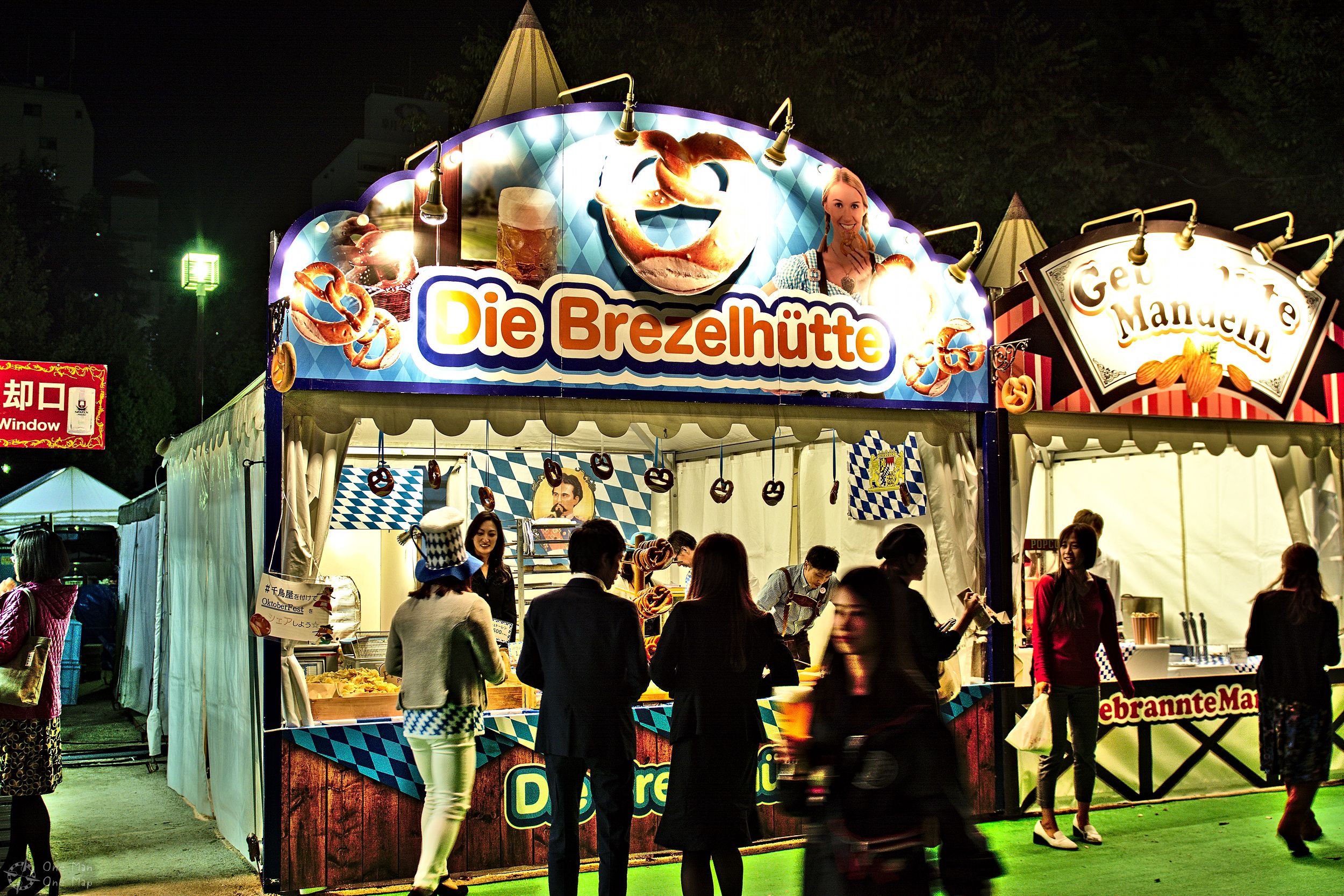 Well, I seemed to have wronged the Japanese. That looked pretty neat! Some Japanese breweries were also represented, but at least the claimed to brew “German Style Beer”.

The Oktoberfest Fukuoka was already taking place for the eight time in 2017. Similar events, including e.g. “Maibaumfest” (Maypole festival), the “World Beer Festival” or general “beer festivals” are held in many Japanese cities throughout the year. For example through March and April 2018 there will be “Oktober”fests (October is in Spring now?) in Yamaguchi, Hibiya, Odaiba, Moji, Nara, Ogura, and Hitachi. 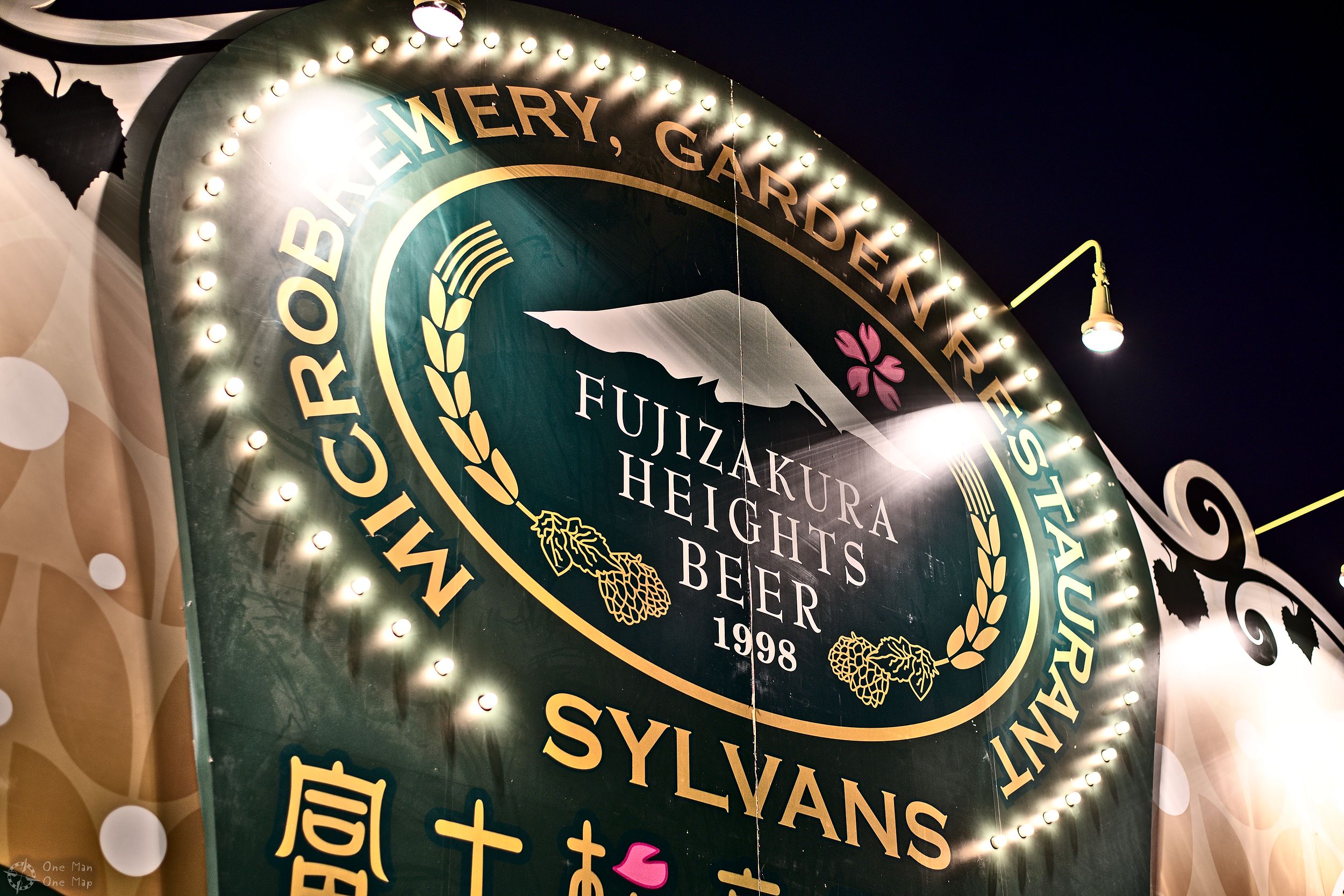 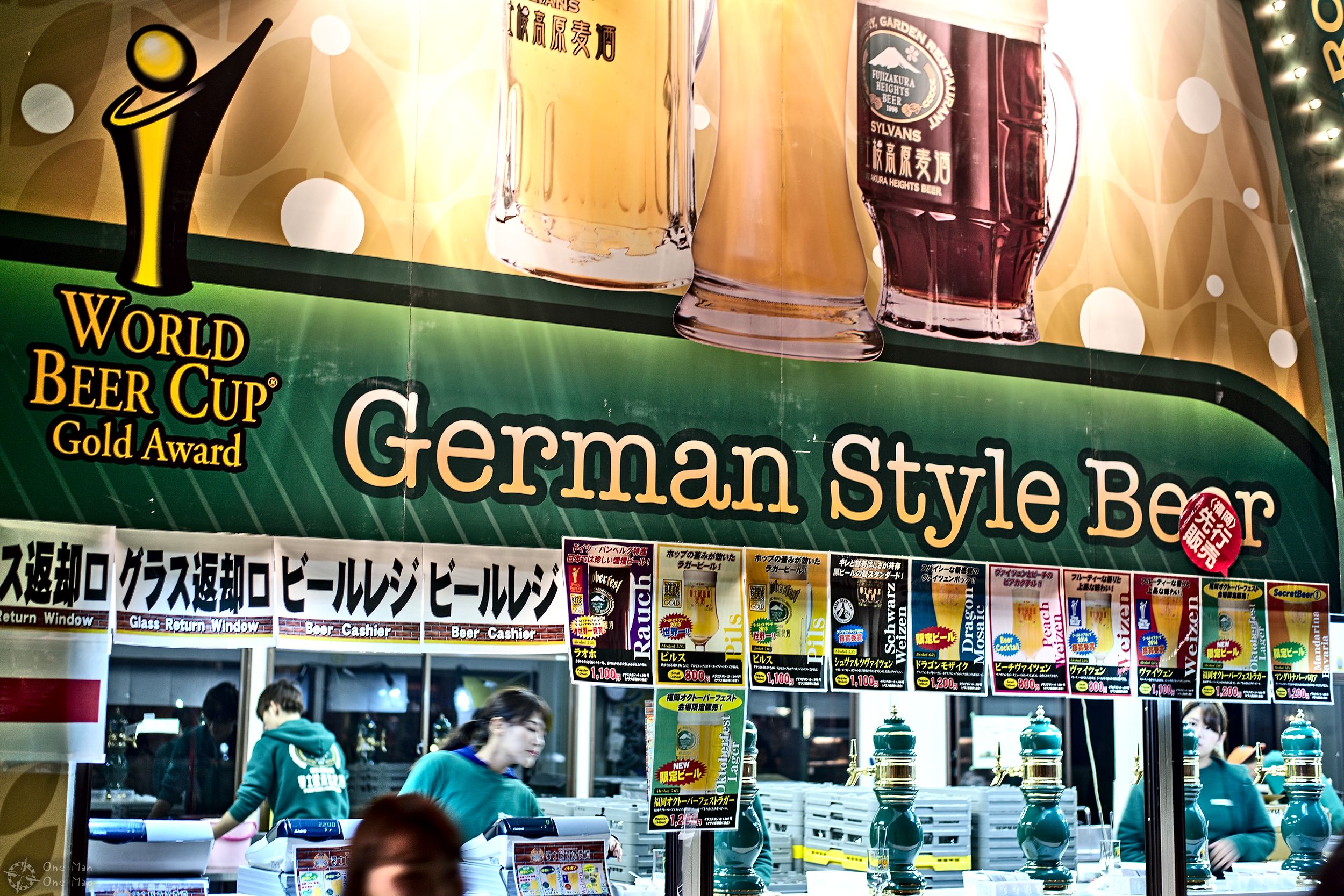 In and around the marquee everything looked quite true to the original. Parts of the staff had been flown in from Germany or recruited from the small group of German students living in Japan, and all nationalities mingled at the tables. 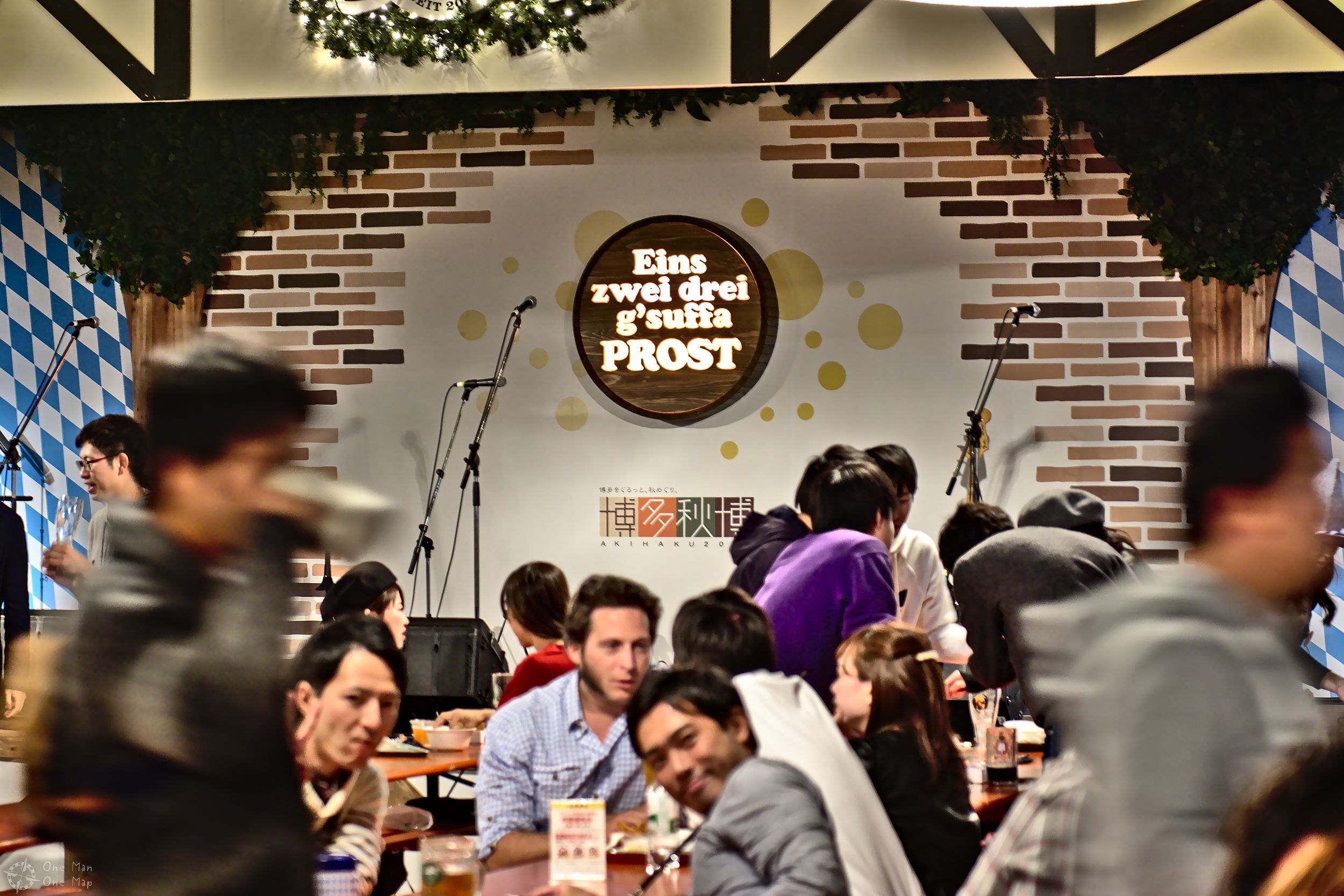 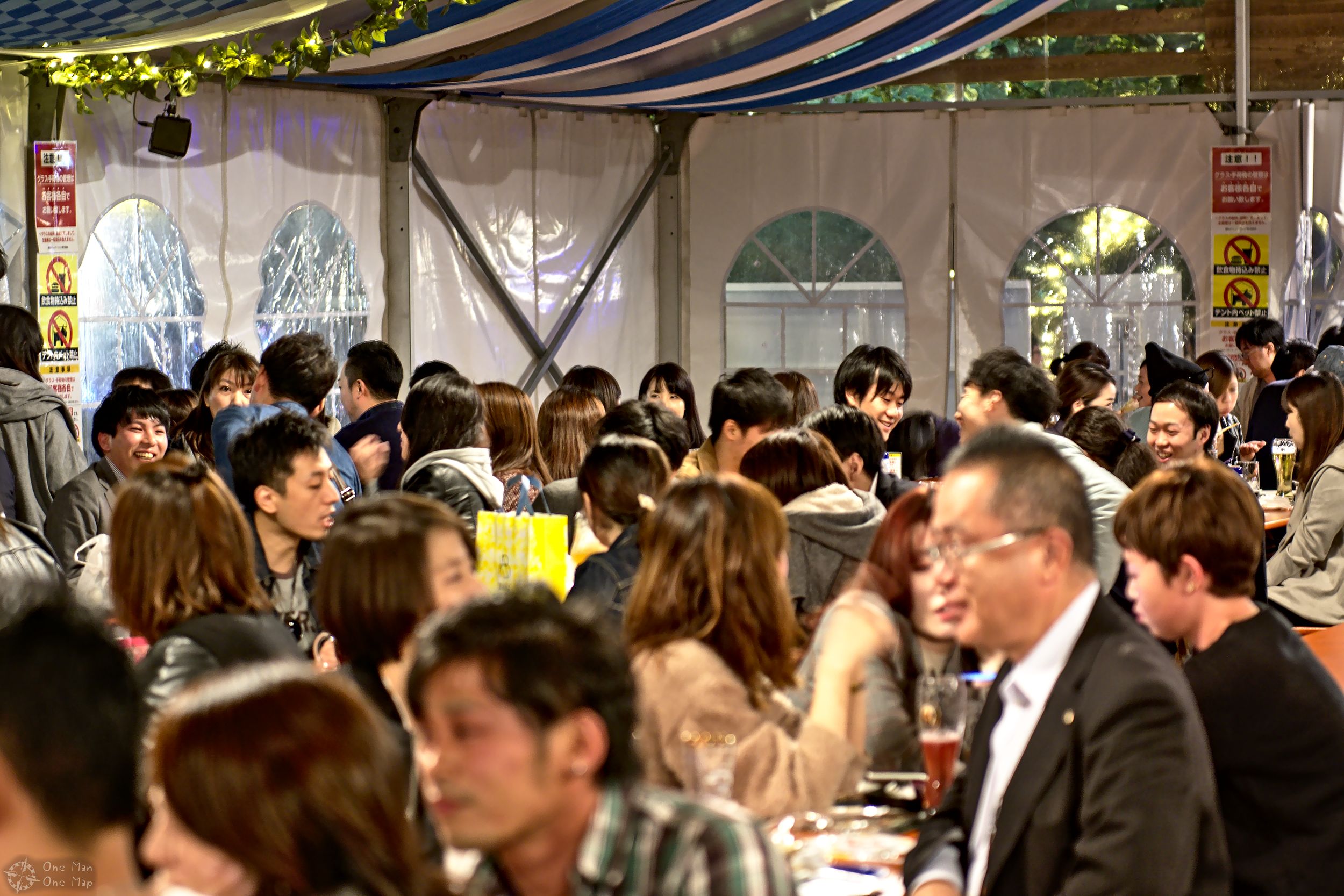 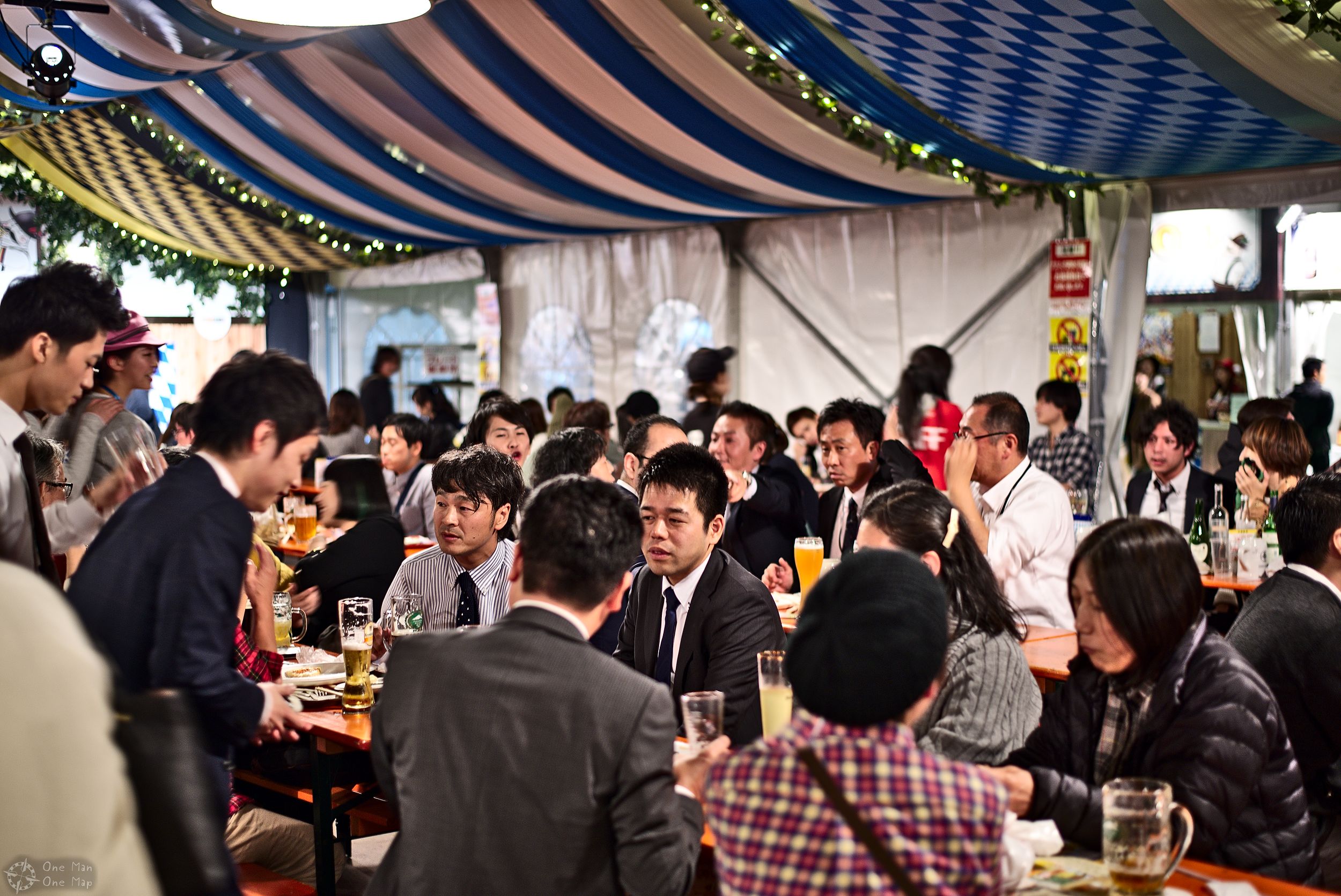 Of course they couldn’t find enough Germans to equip the whole Oktoberfest, so Japanese were put into more or less complete garbs – which in some cases worked out rather well! 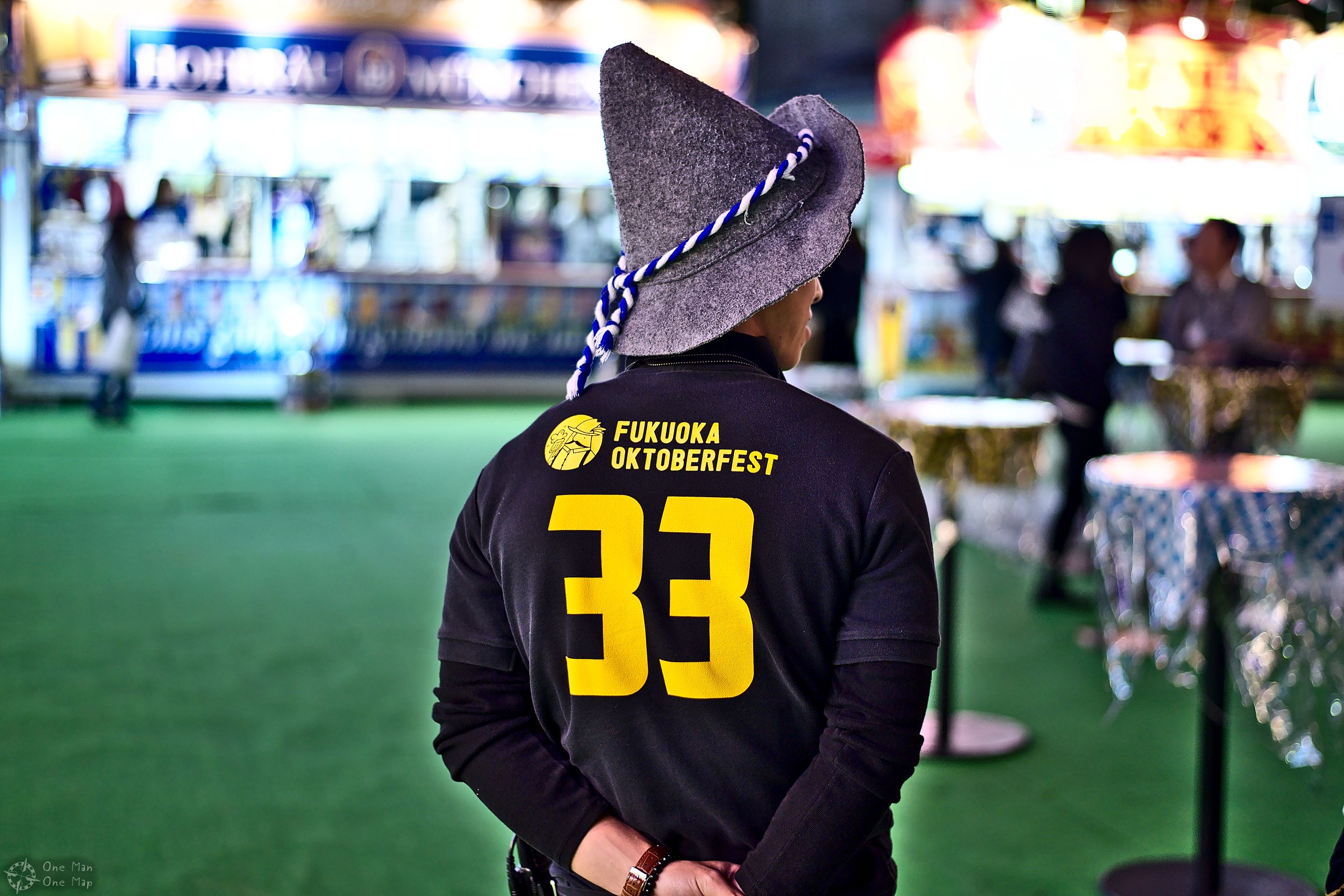 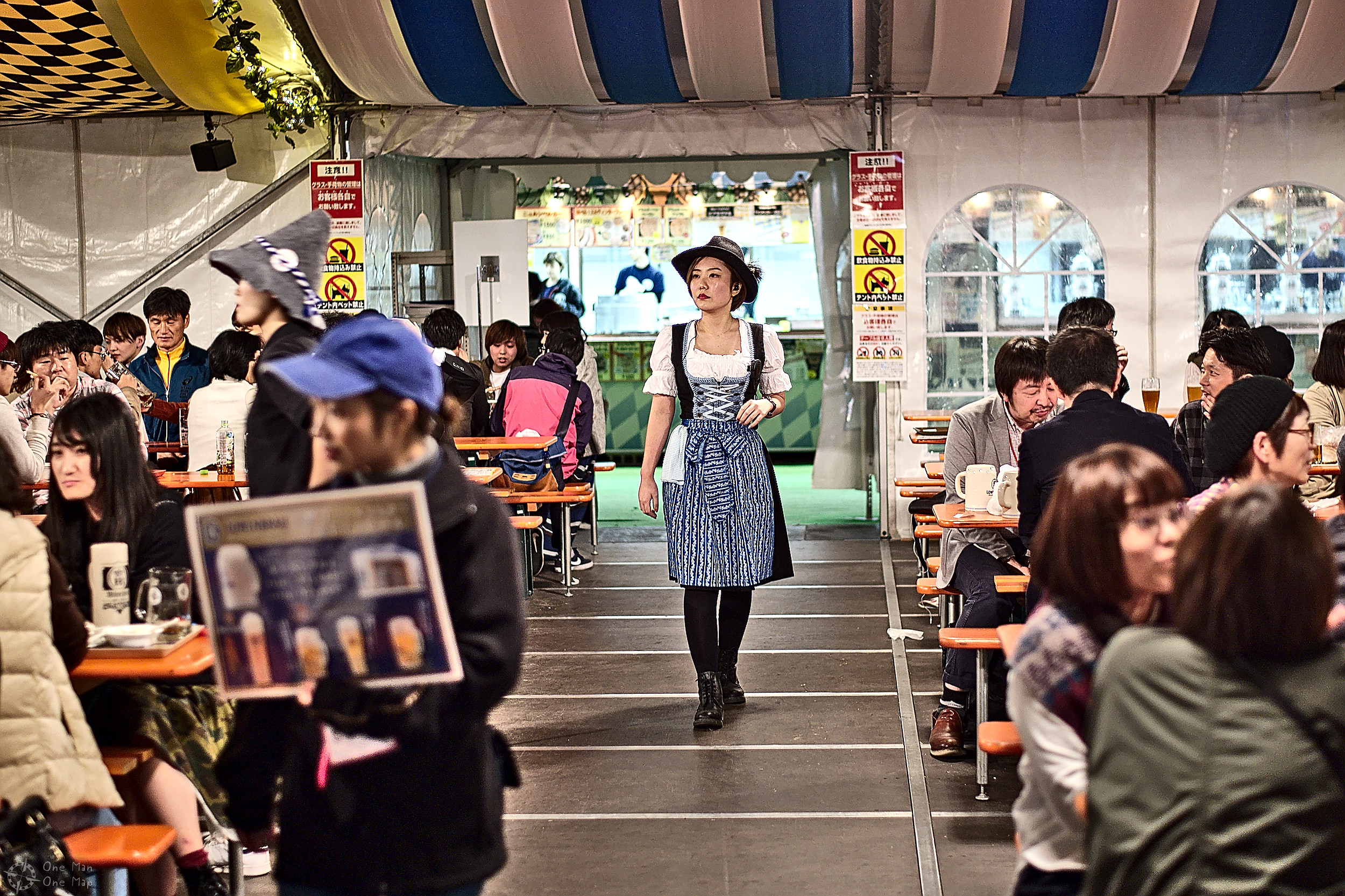 Be frank: Would you have noticed at the first glance that the Edelweiss Chapel (no joke, the band even owns the domain www.edelweisskapelle.jp) has an all-Japanese cast? If you are free, you can see them live at the Maypole festival in Osaka on April 28th and 29th 😉 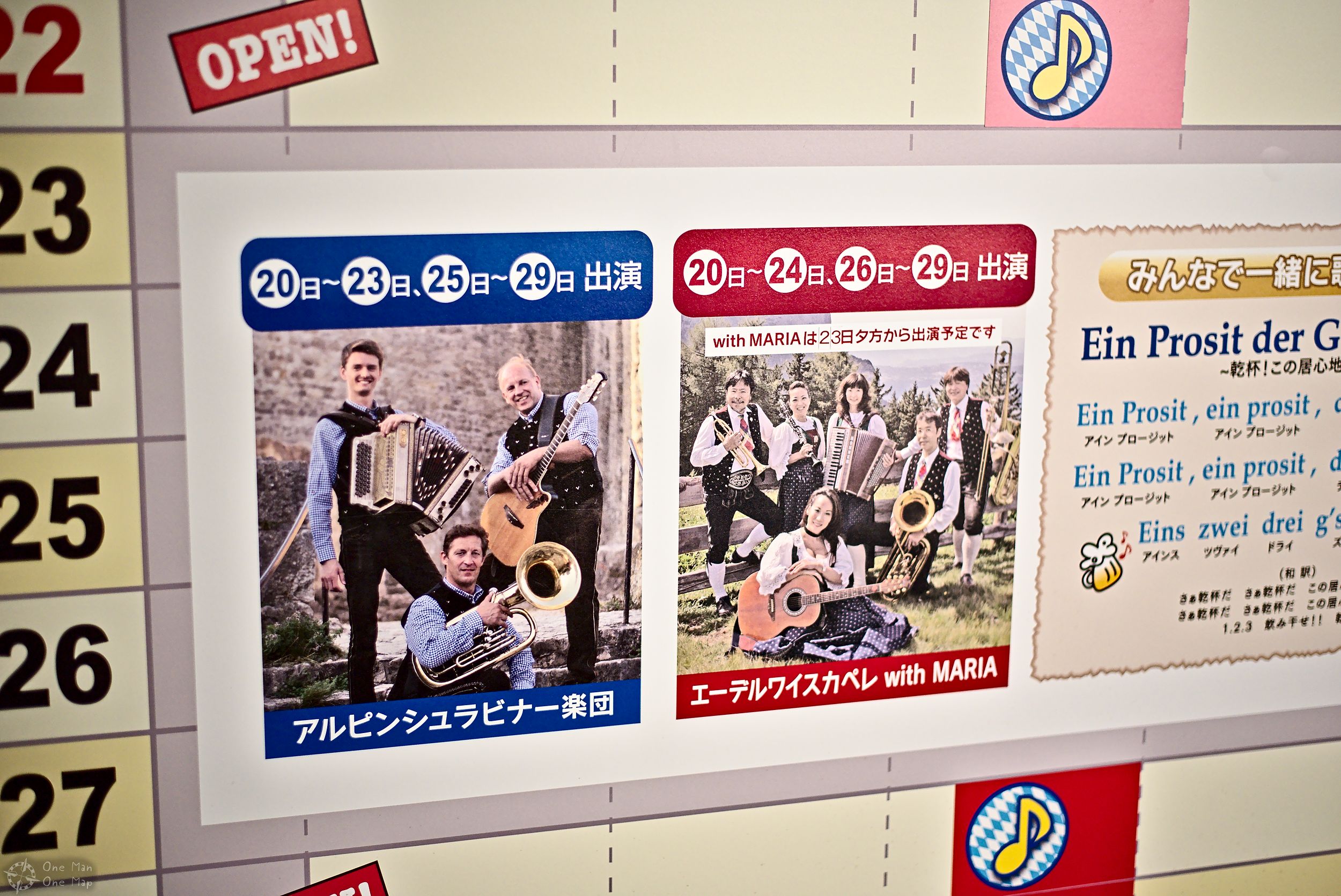 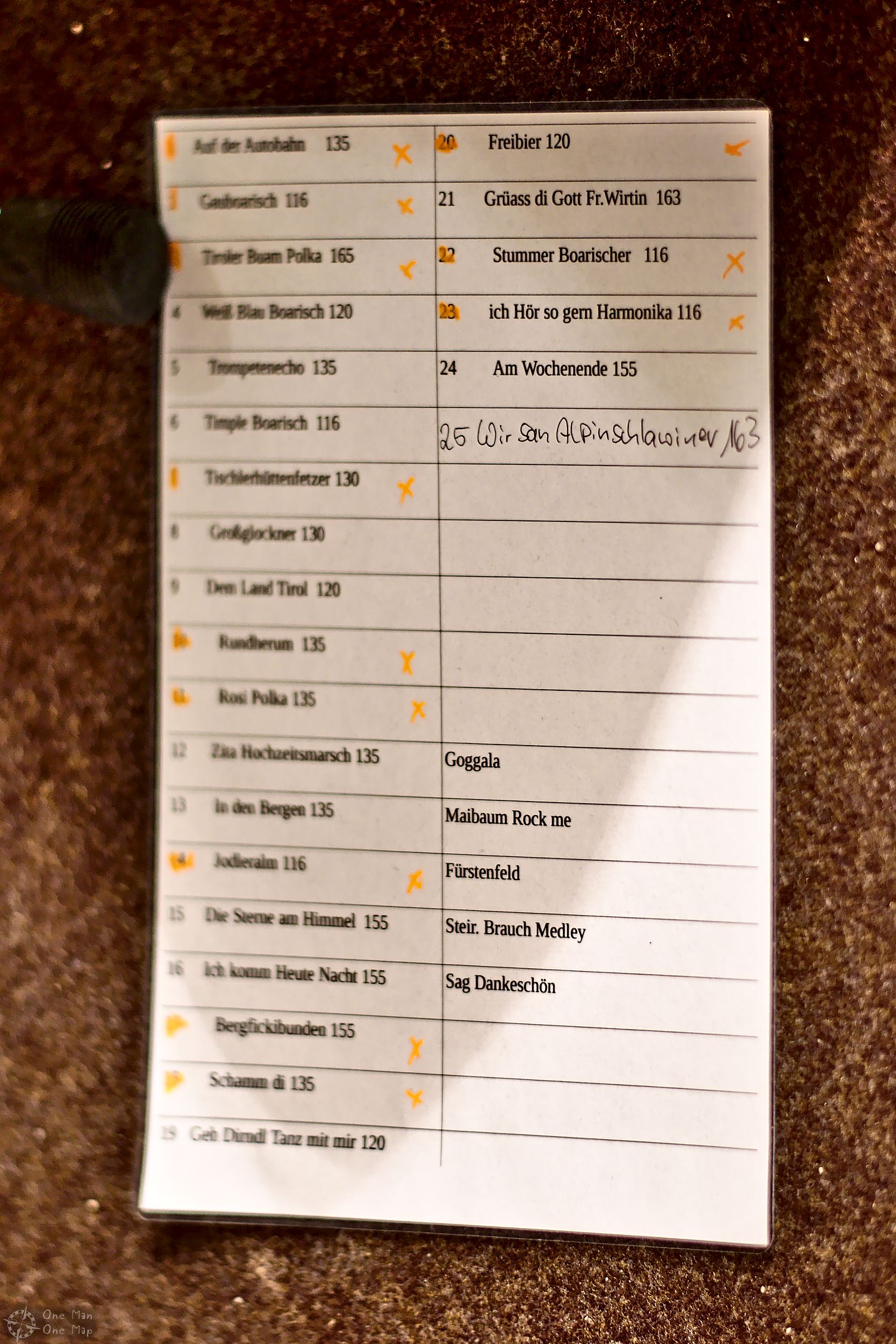 A-Ha! I knew it. If you already can’t cope with the well-known German mixed beer drinks such as Banana Wheat Beer, Desperados (with tequila flavor), Krombacher with energy drink and dragon fruit flavor, or all the other variants, you should stop reading right now. The Japanese obviously know no boundaries. A warning: Orange and Litchee were still the better options… 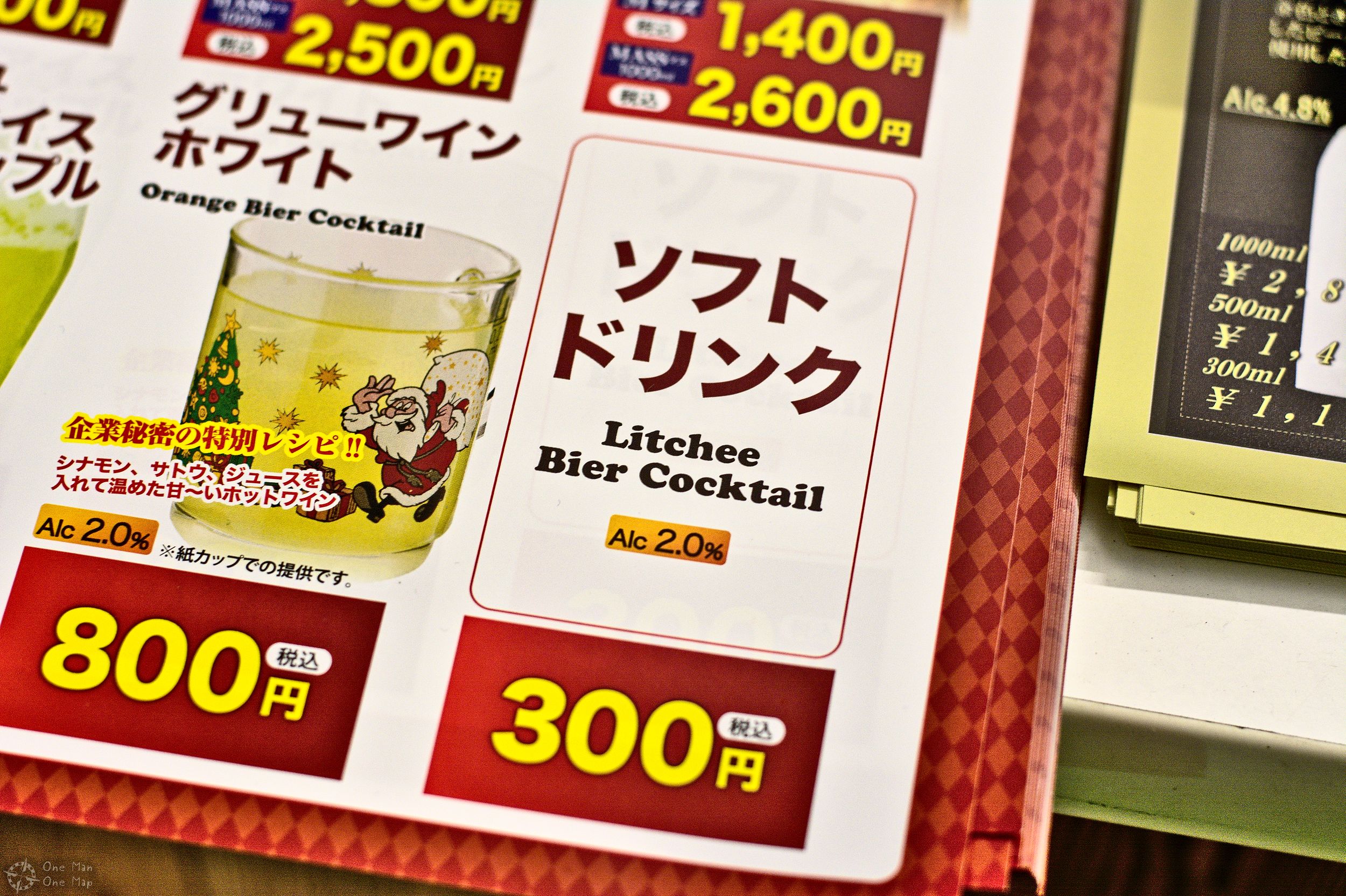 I wonder why this Mandarin Wheat Beer was the “Secret Beer”? 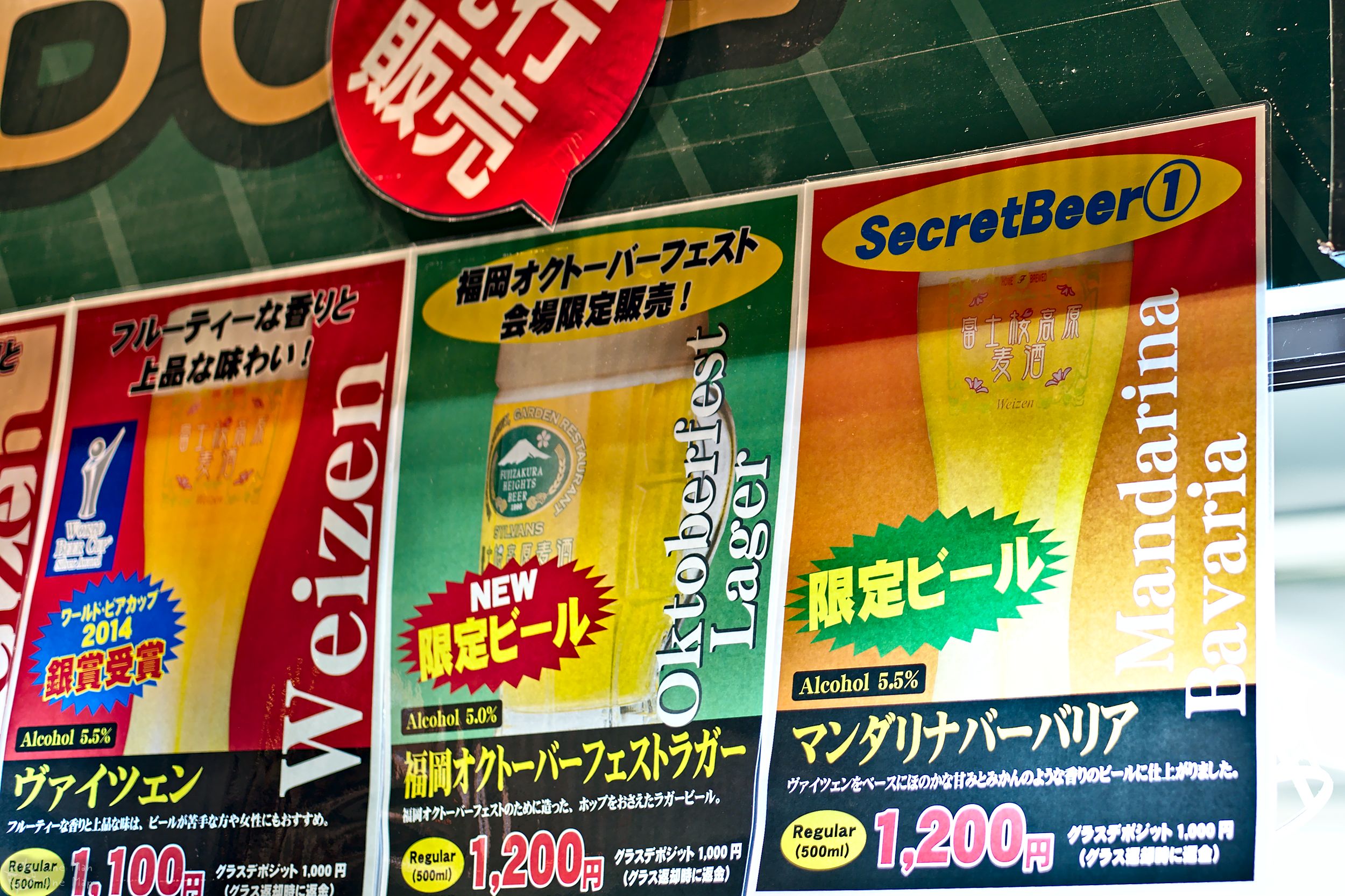 I guess Lemon and Apple flavored beer could still work. The fun stops with Grapes, and I don’t even want to know what a “Crushed Ice Weisse Rainbow” is supposed to be. According to the picture the glass contains ice cubes, beer and all color dyes found in a pack of M & Ms. Delicious! At about 1,000 yen (about 7.60 euros) for half a liter and up to 3000 yen (almost 23 euros) for a German “Mass” (one liter) this is also not a particularly cheap fun 😯 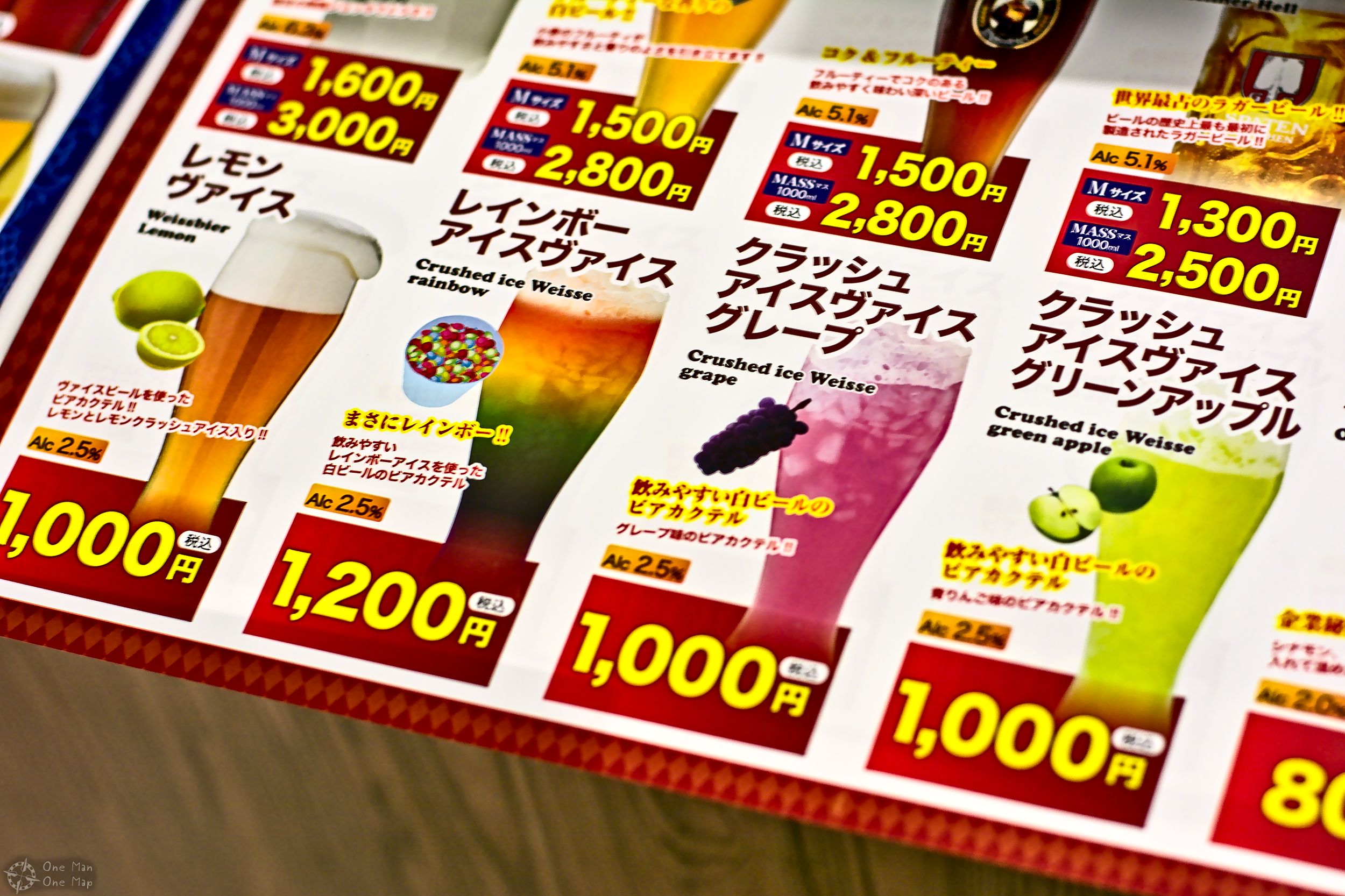 But the food also turned out not to necessarily be “typically German” at a closer look. At least I’m not aware of this strange combination of gyros-like meat and long fries being a particularly well-known traditional food item in Germany… 😉 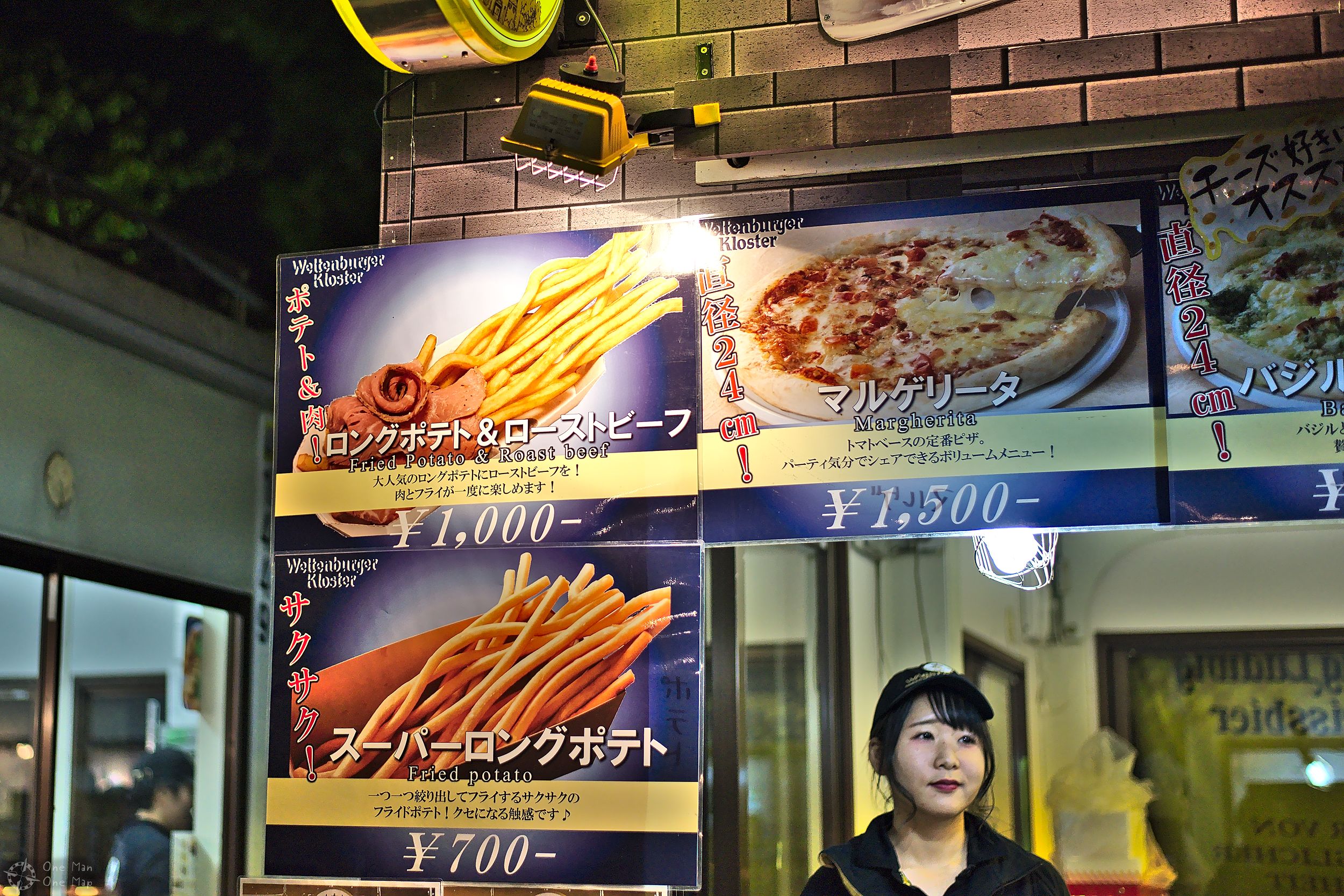 A happy surprise: Beer Taps made by the Raffeiner GmbH, incidentally the family business run by my father, brother and uncle 🙂 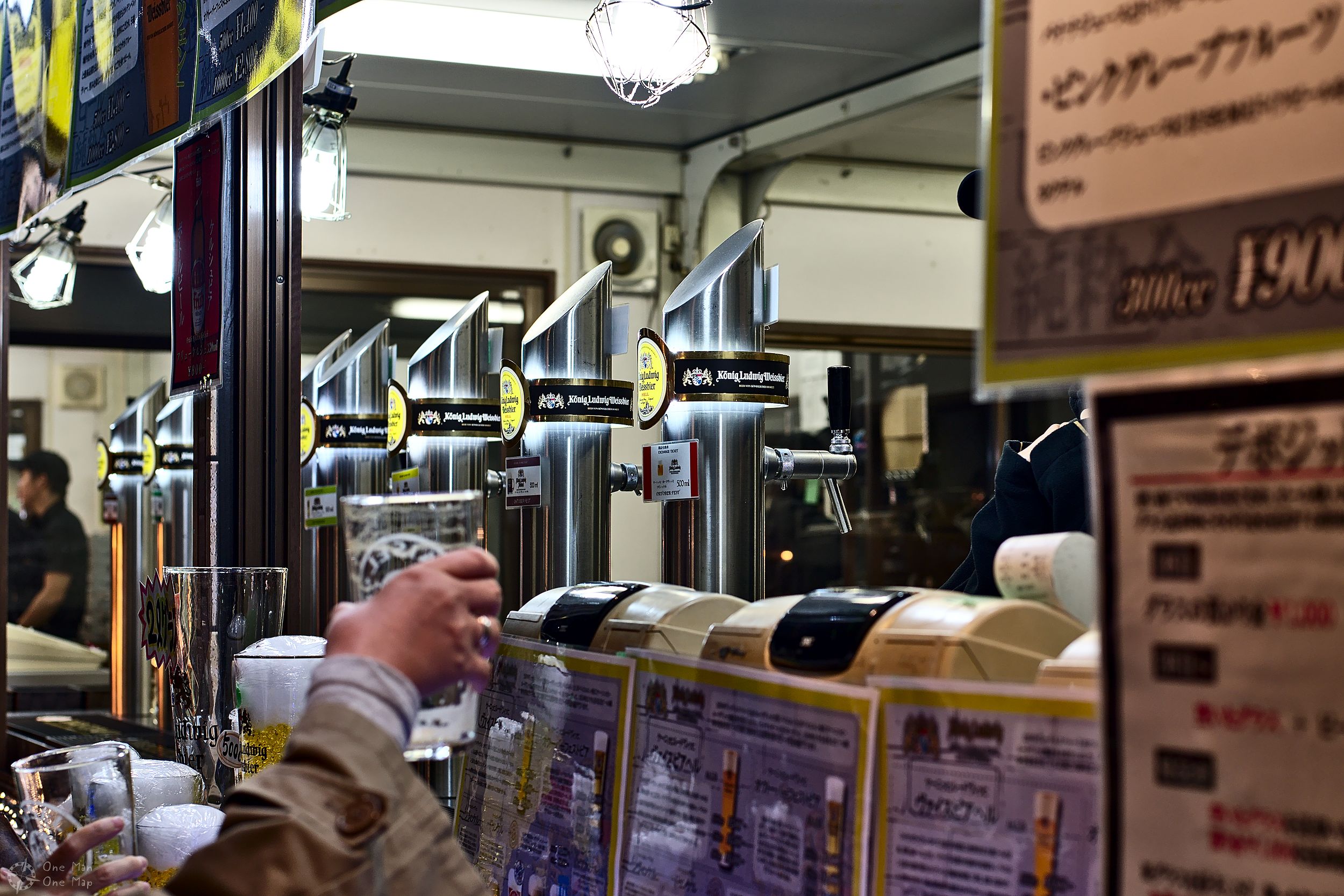 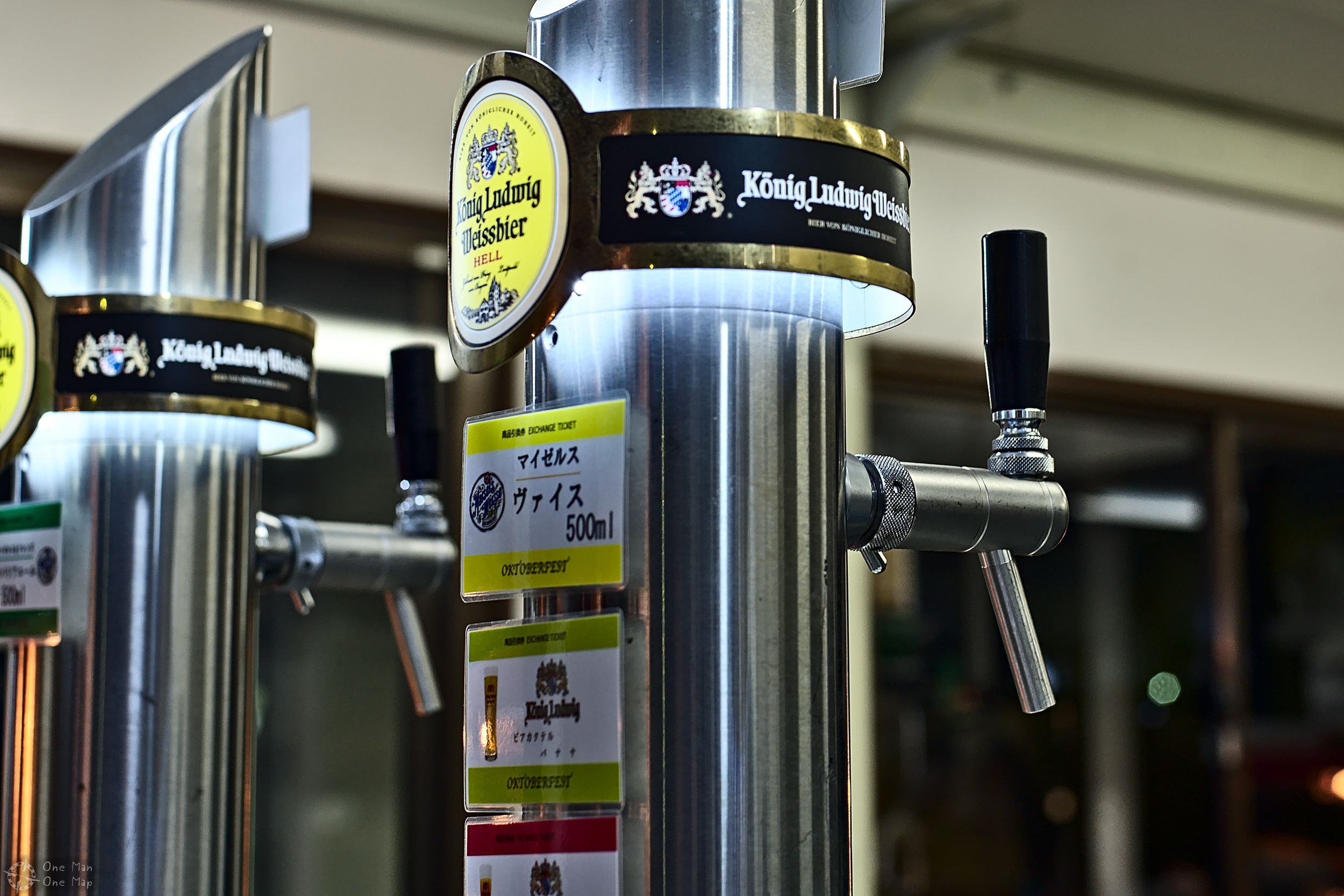