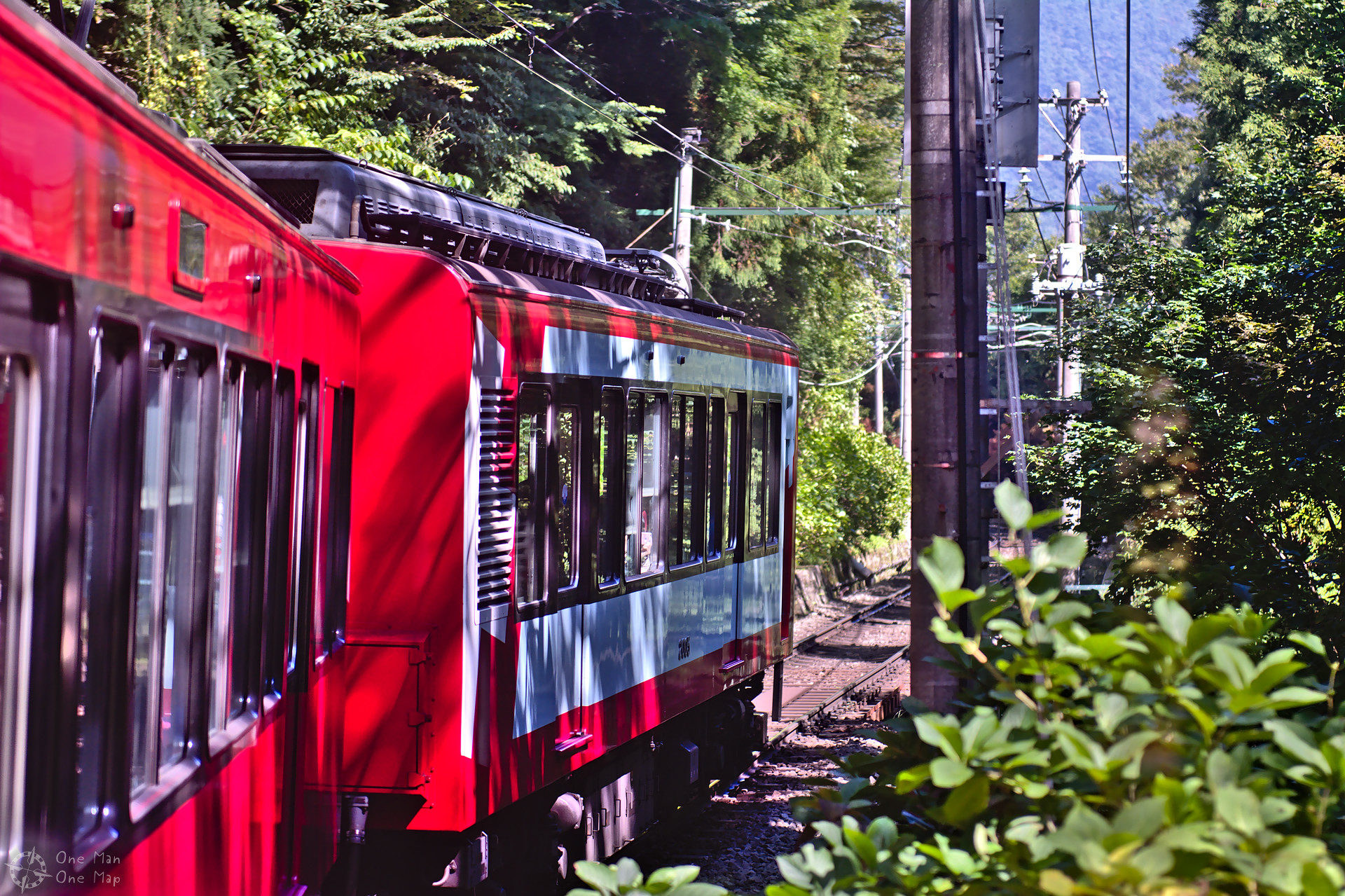 You can find the route of my trip through Japan here.

Due to the bad weather forecast I had decided to bring all my day trips from Tokyo forward to the first days of my trip through Japan. Enoshima could be reached within an hour with a regional train, but the Mount Hakone Volcano is more than 100 kilometers away… Luckily my JR Pass had already been valid, and so I hopped onto a Shinkansen bullet train at Tokyo Main Station and went to Odawara (小田原市).

If the pictures remind you of Switzerland, there will be a surprise in that regard later, but I can already tell you that the Japanese are even more organised than the Swiss! The Hakone Free Pass includes all rides on all railways, ropeways, buses and ships in the whole area and many discounts. When bought at Odawara the two-day pass was 4,000 Yen (about 30 Euros), from Shinjuku in Tokyo it was 5,140 Yen (about 38 Euros). For an additional 500 Yen (about 3.70 Euros) the validity could be extended for a third day.

This means that if you’re short on time you can still go from Tokyo to Odawara, ride the Hakone Tozan Line to Gōra, the cable car to Sōunzan (早雲山), the ropeway up to Ōwakudani and down to Lake Ashi (芦ノ湖), the boat to Hakone-Machi (箱根町) or Moto-Hakone (元箱根), and then go back to Tokyo by bus and trains in time for dinner – for less than 40 Euros. Even foreigners can do it easily, there are signs and information material in multiple languages everywhere. 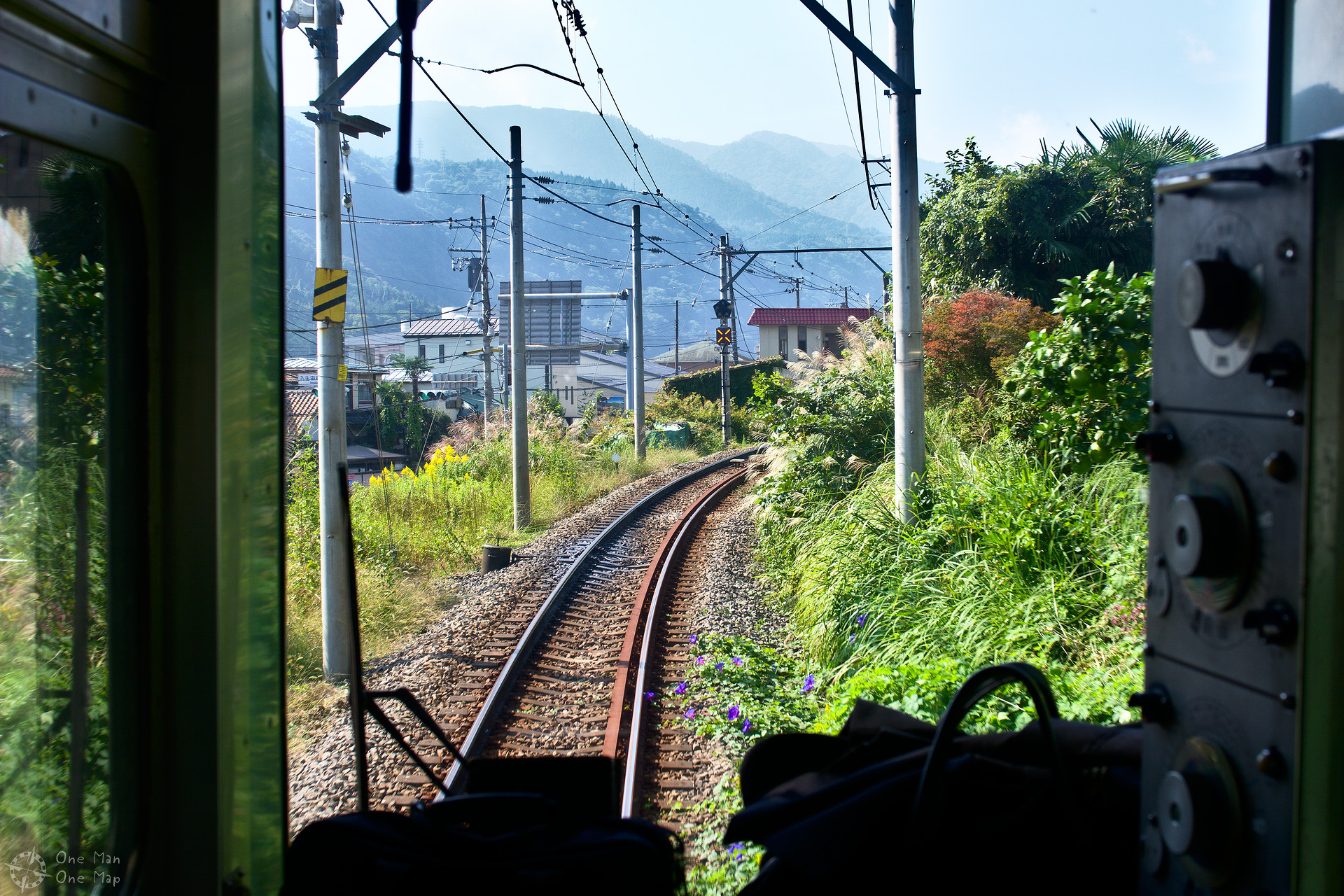 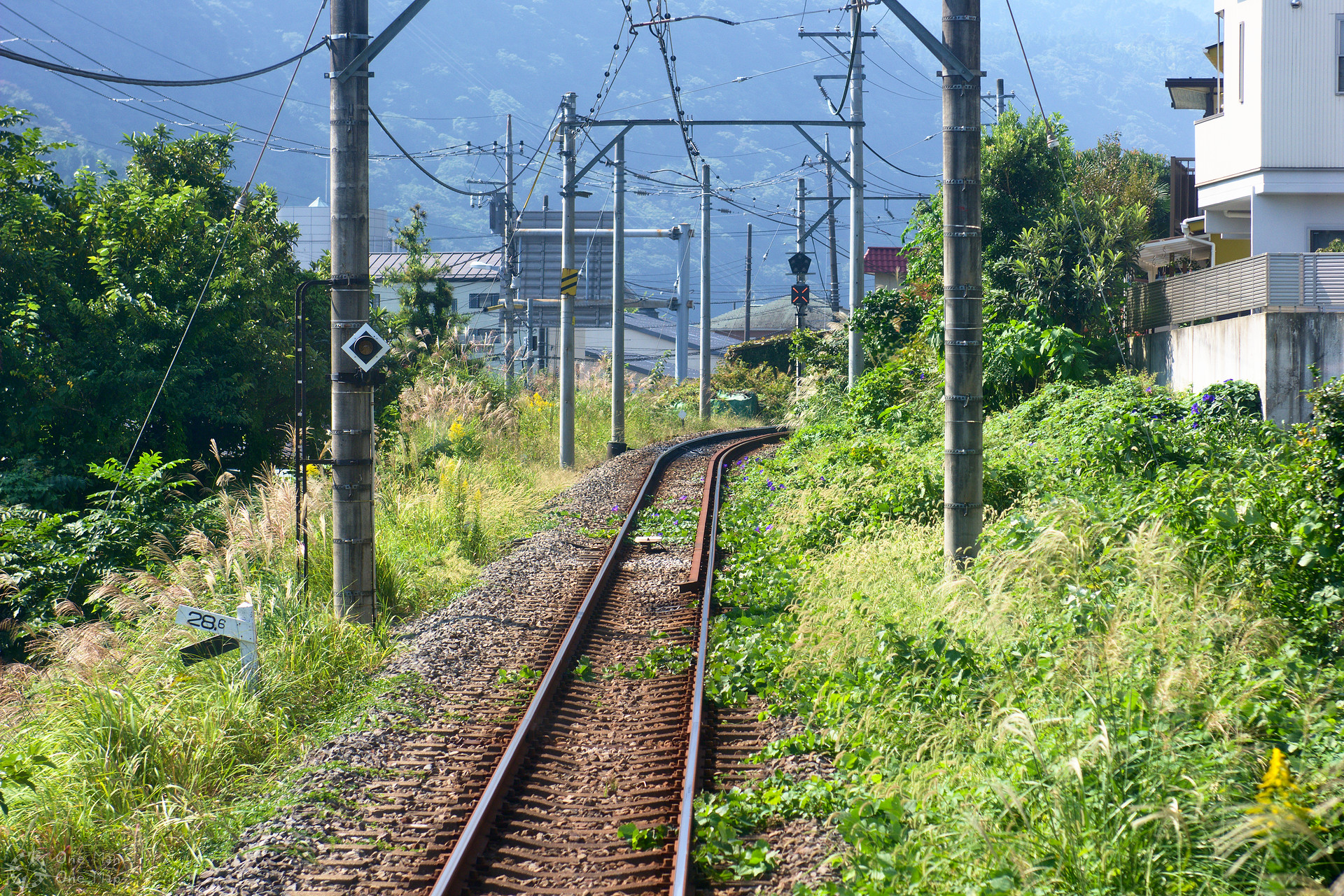 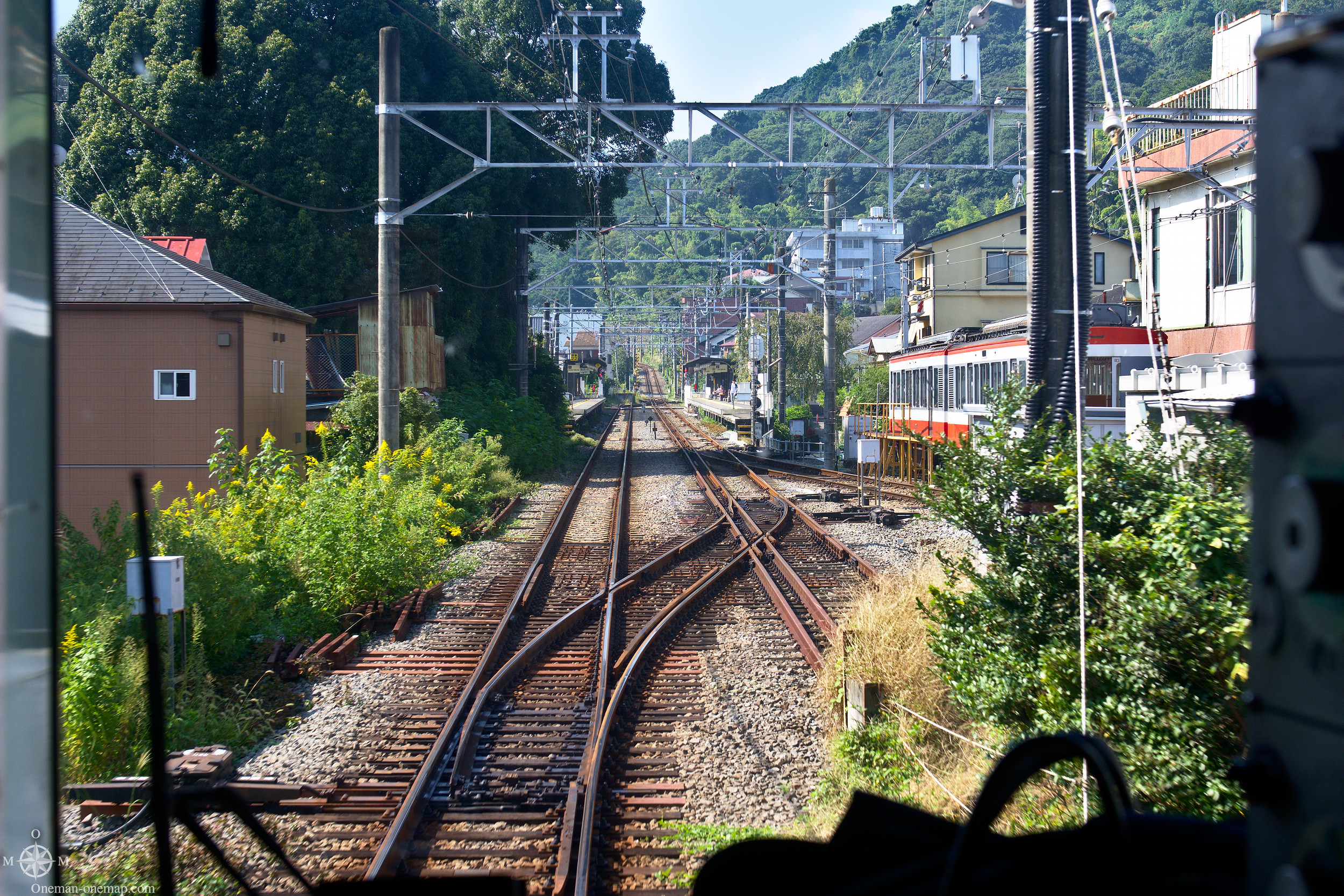 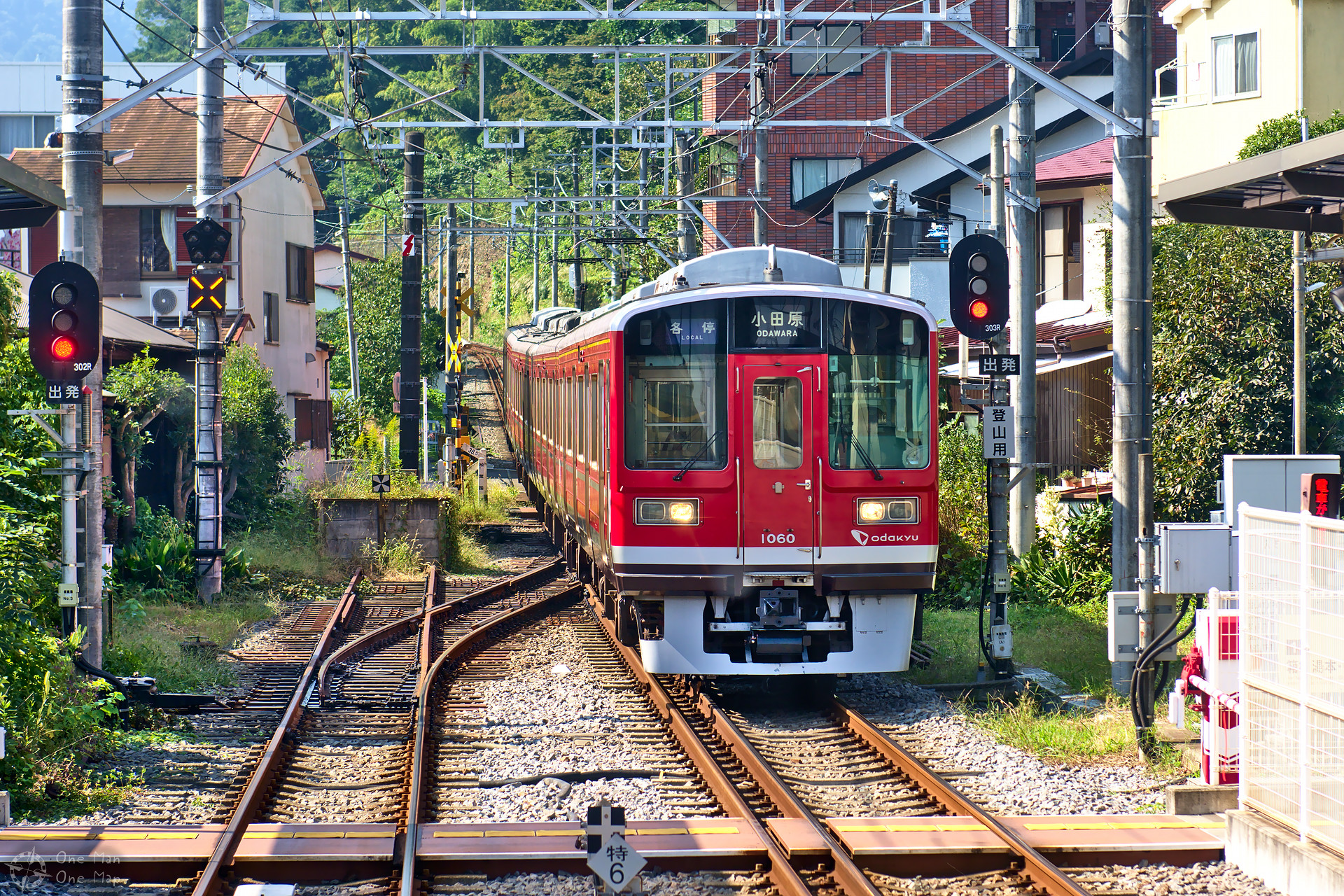 In Hakone-Yumoto I had to change into the strong mountain carriages. They climb 445 meters on just nine kilometers, at inclinations of as much as 8 percent, without racks and just 750 volts on the wire 😯 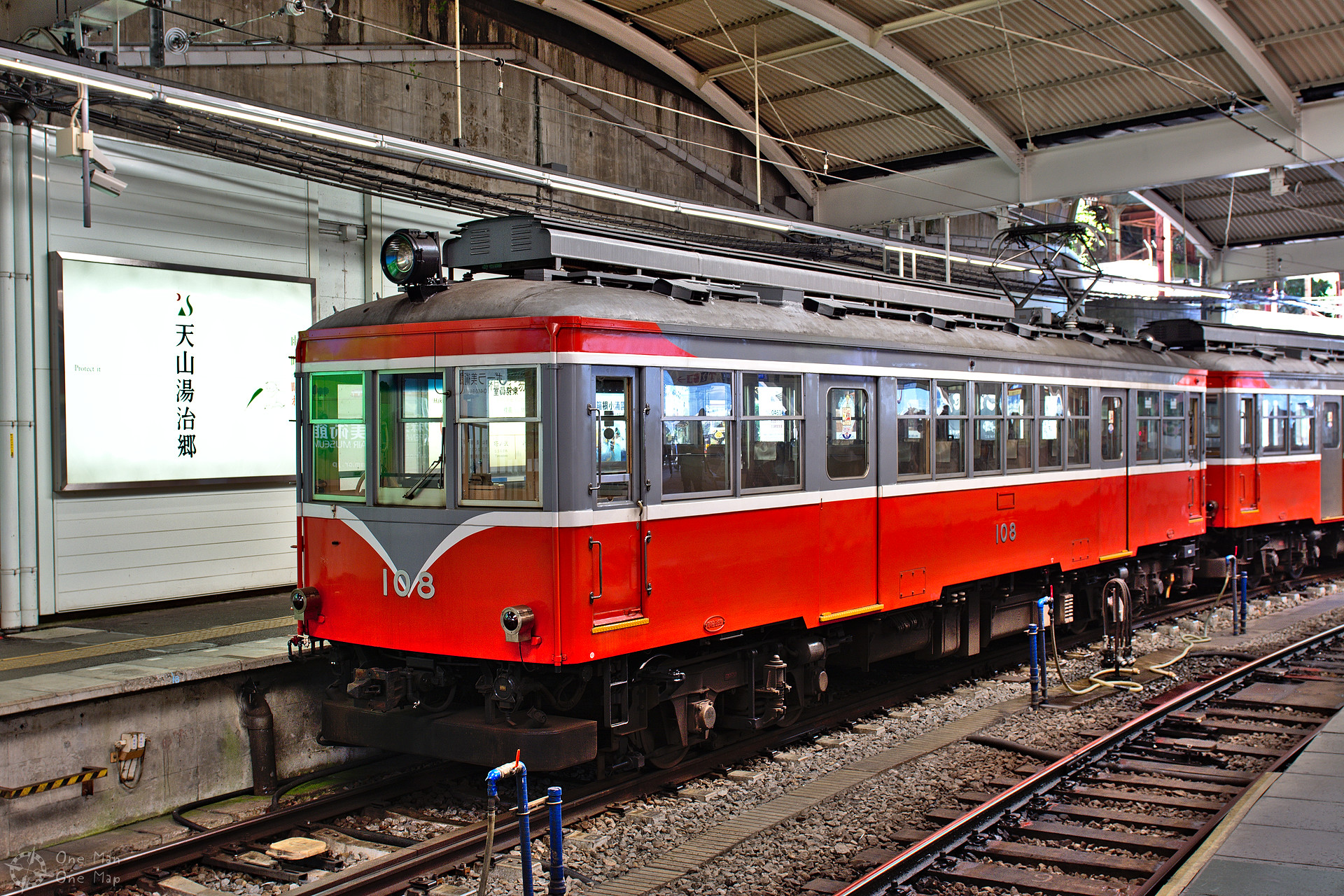 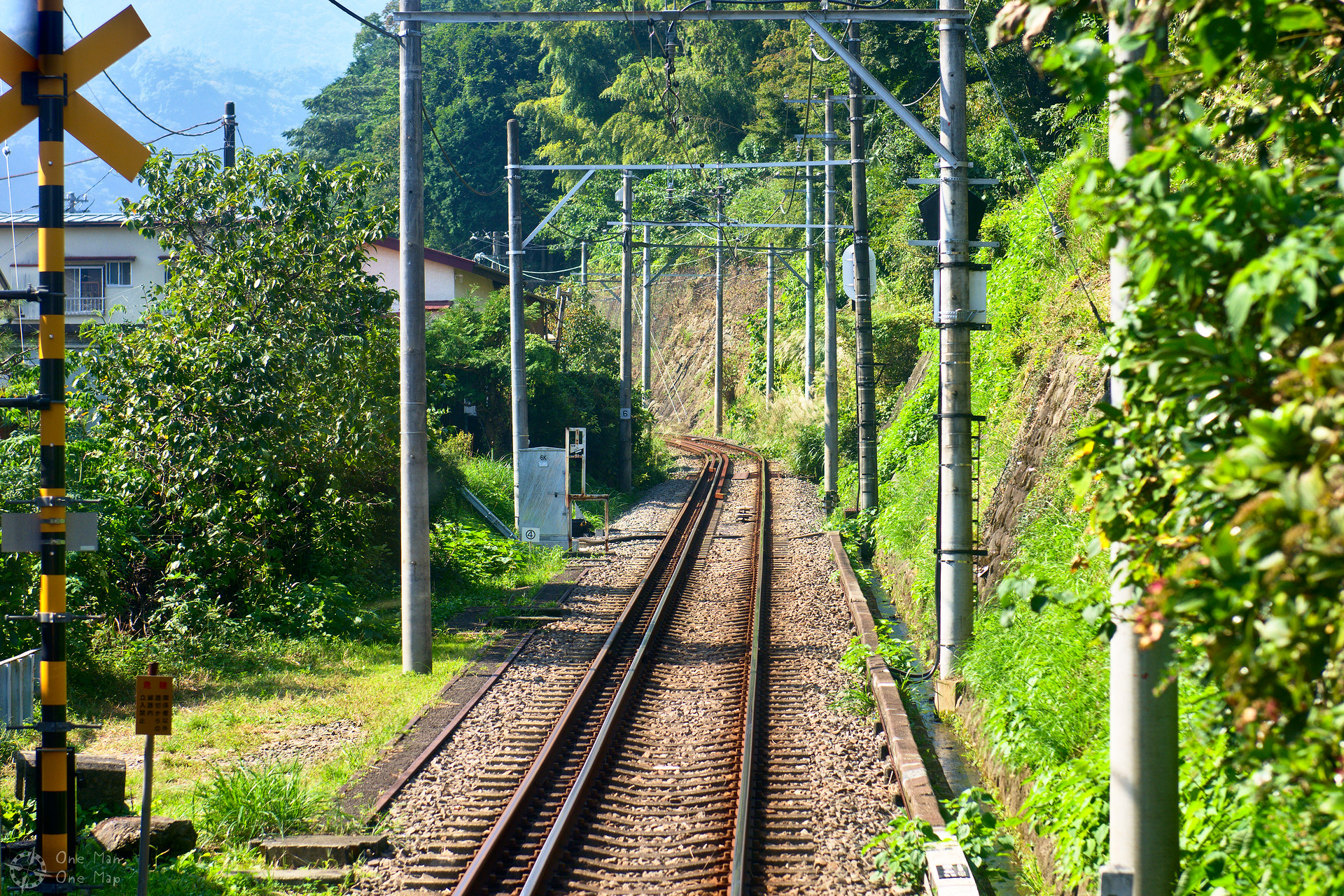 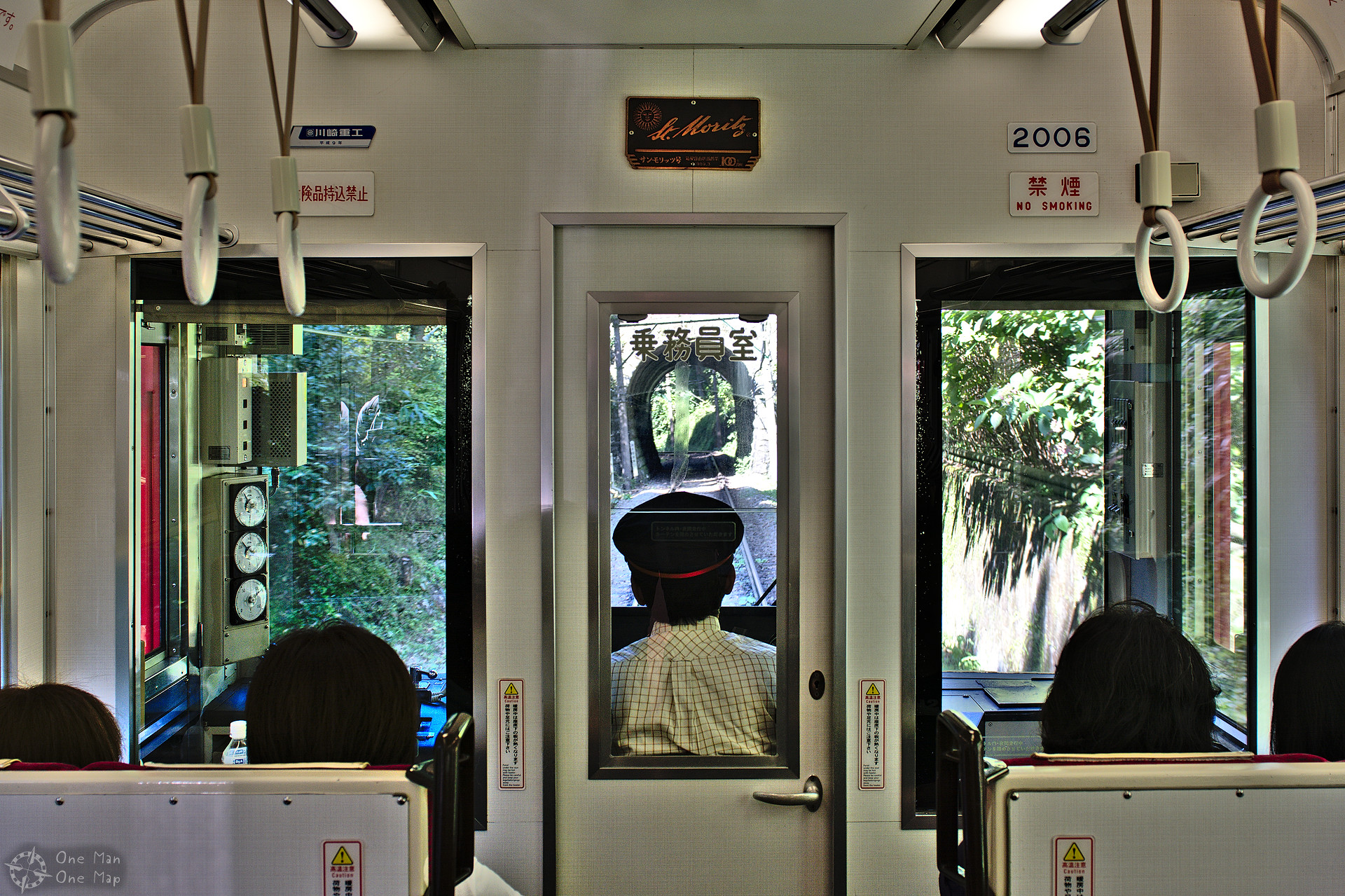 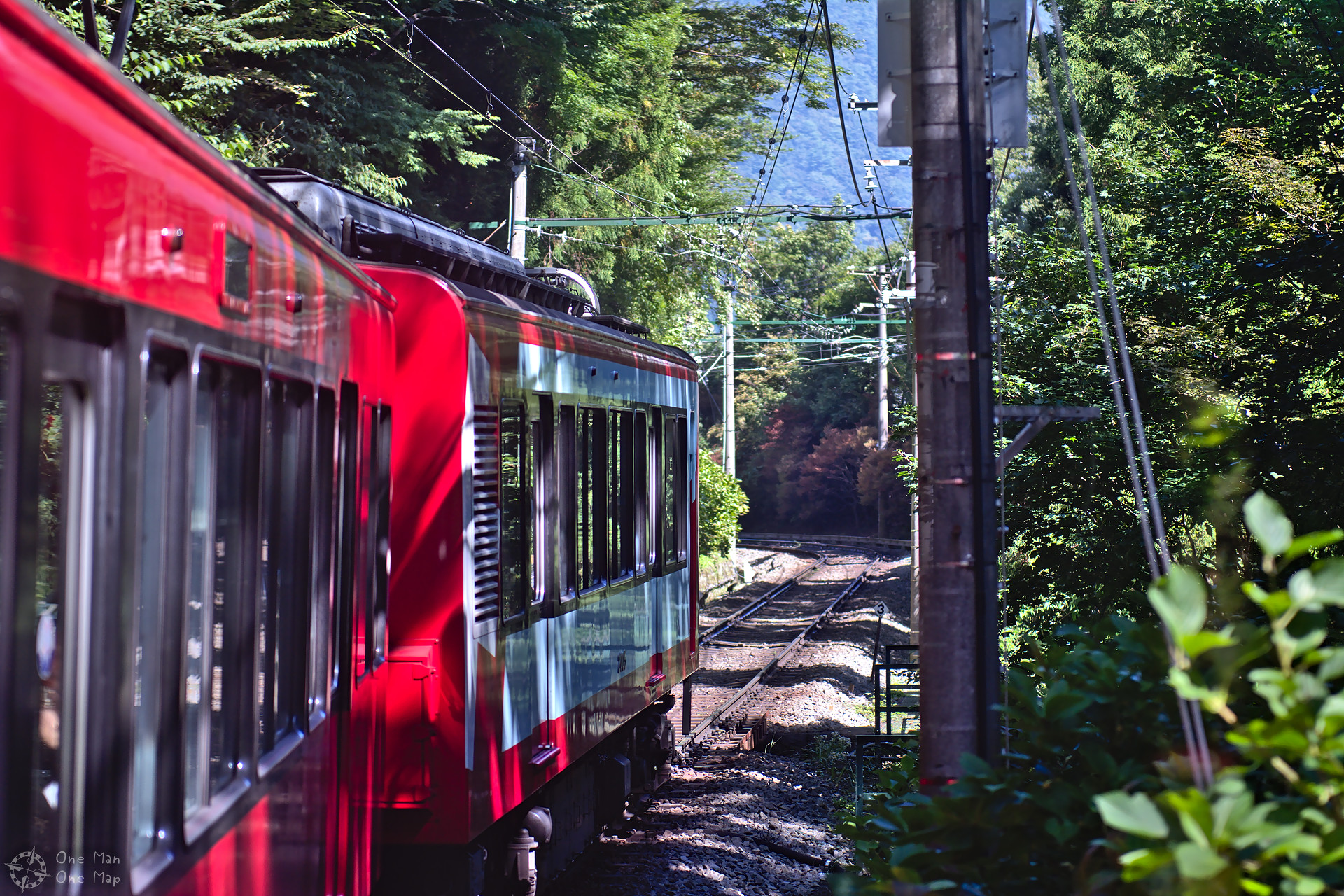 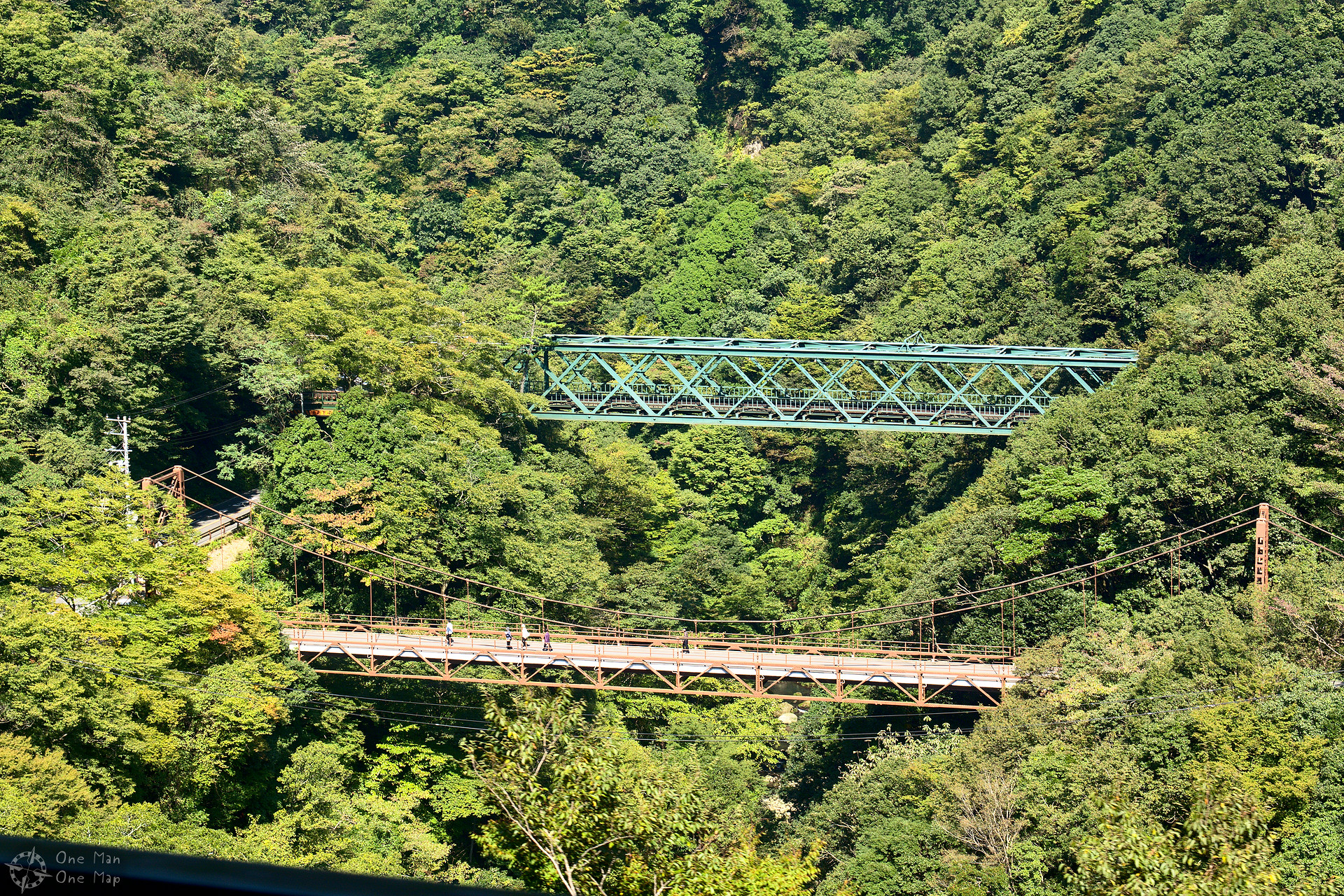 A distinctive feature are the three switchbacks. The tracks cannot climb the huge altitude difference in one go because there isn’t enough space. The necessary tunnels, horseshoe curves and bridges would have been too expensive and also spoil the view on the Fuji-Hakone-Izu National Park (富士箱根伊豆国立公園). So the track goes up the mountain in a “Zig-Zag” pattern, the trains go to the end of the track, a switch is flipped and it continues in reverse in another direction – without any curves.

Some of these switchbacks have multiple tracks so the trains can pass each other on the single-track line. Ohiradai Station (大平台駅) is even located in one of the switchbacks. 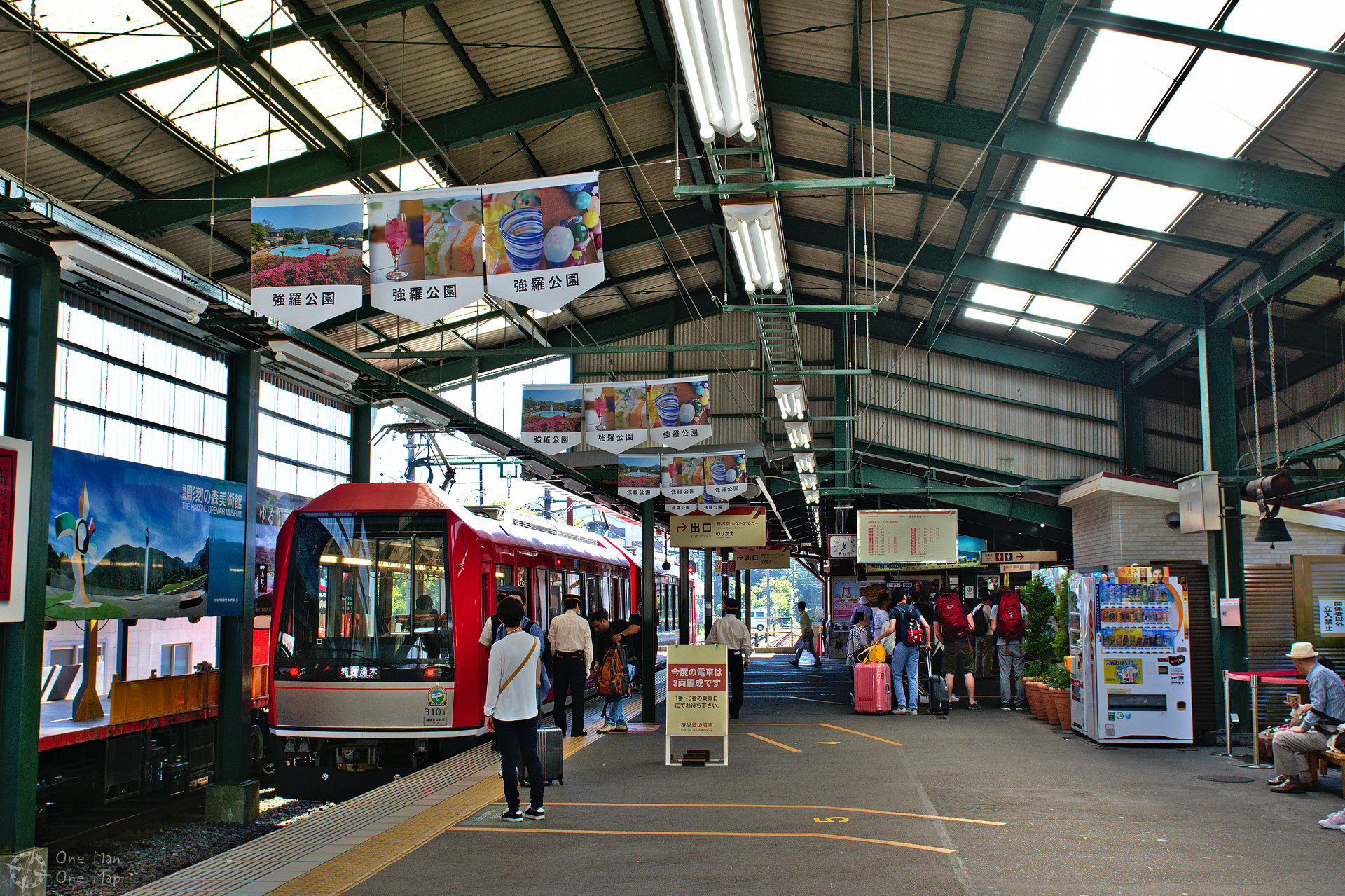 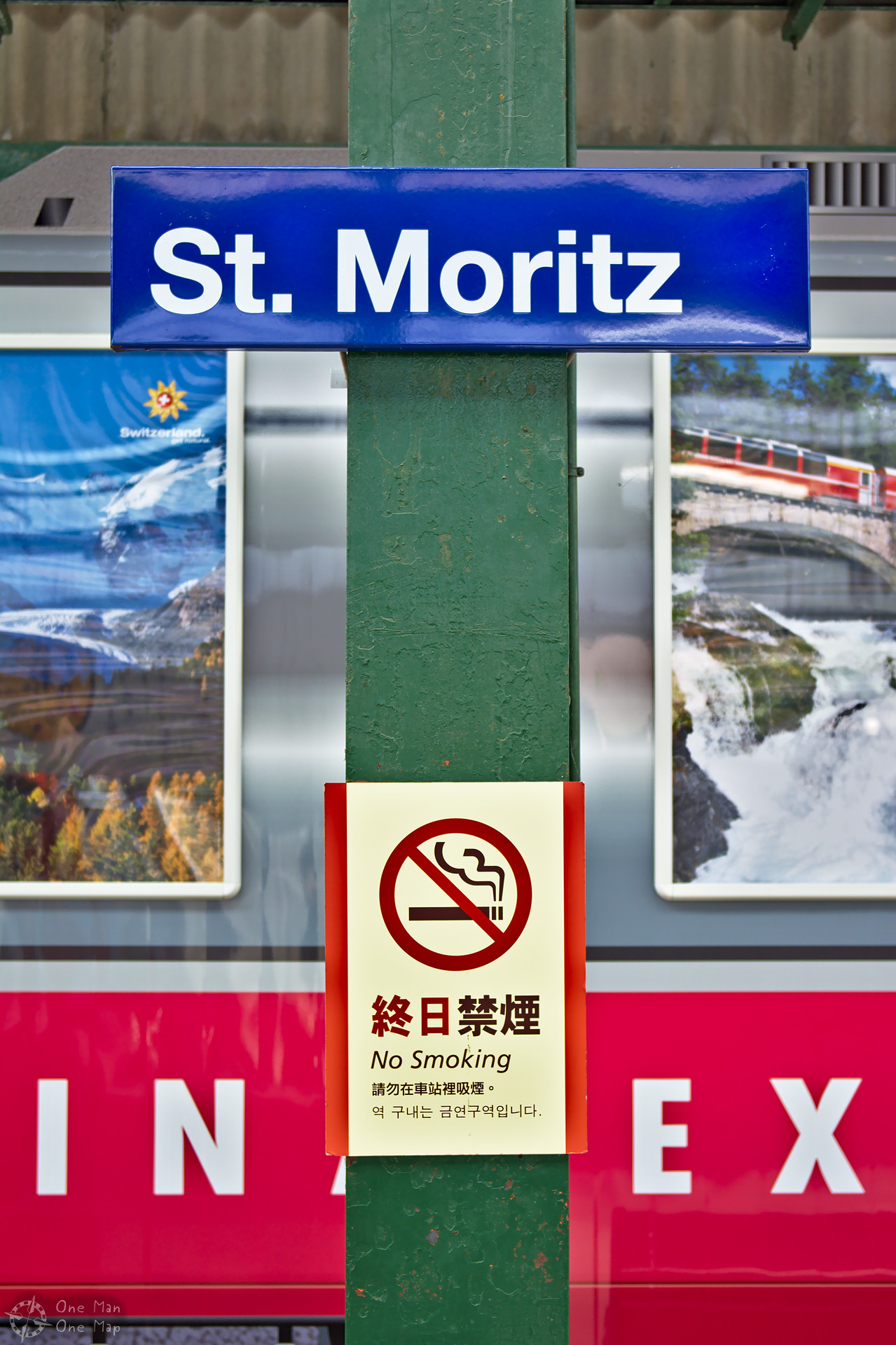 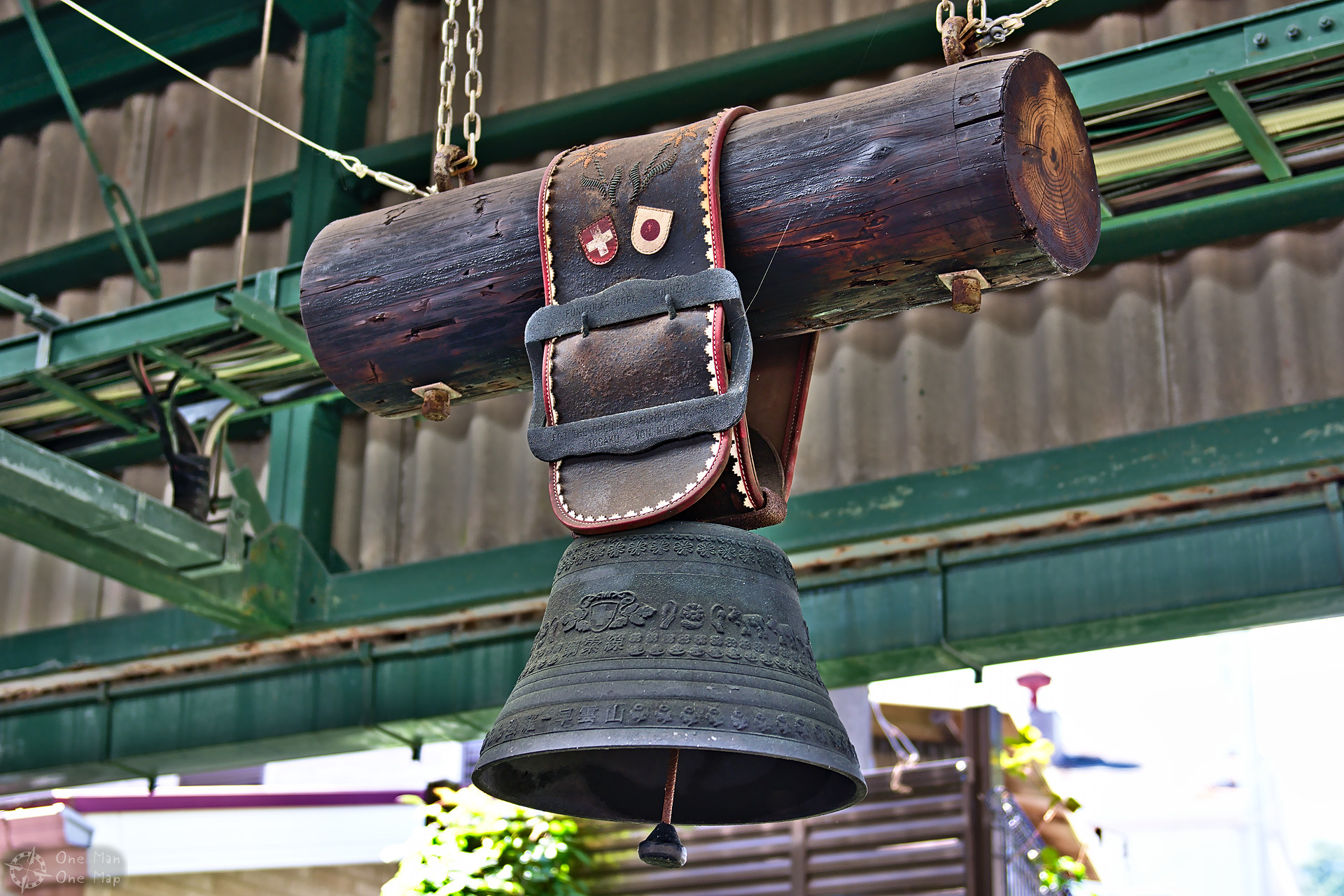 In the next post I continue using the cable car and the ropeway, to the top of Ōwakudani – the land of sulphur and other poisonous gases…