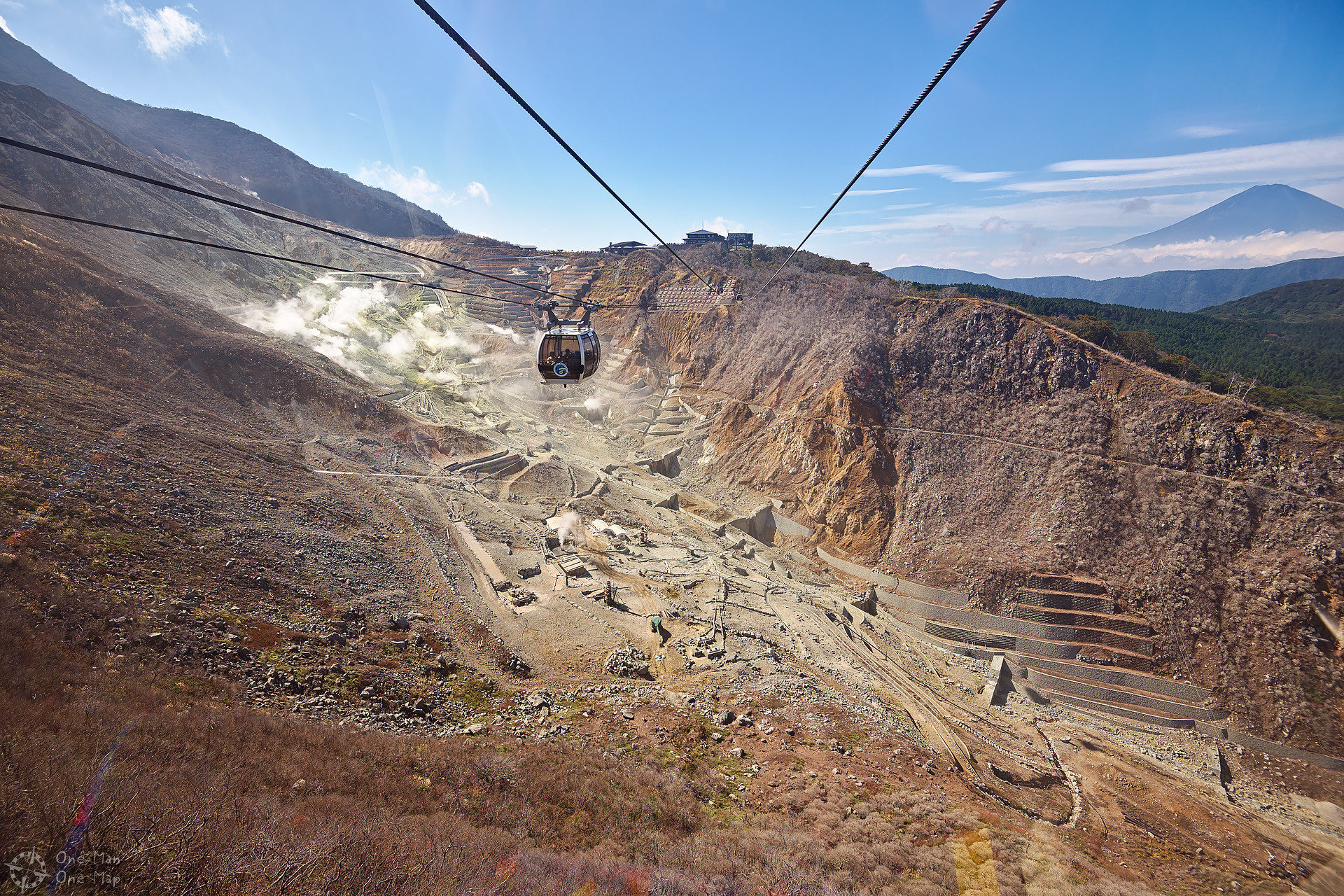 After riding the Hakone Tozan Line, I continued from Gōra (強羅) to Sōunzan (早雲山). The Hakone Tozan Cable Car (箱根登山ケーブルカー, Hakone Tozan Kēburukā) is the oldest cable car in the Kantō region and was only the second one in Japan when construction started in 1918. At that time neither an “actual” road nor the cable car up to the Ōwakudani volcanic valley existed, the cable car therefore was built to bring tourists to their holiday homes and into the hiking area on the volcano.

During the Second World War the cable car was classified as not-important and demolished in 1944, the metal tracks to be cut down for the war effort. After the war the population yearned for distraction, so the reconstruction was already completed in 1950. Today’s installation is from 1995 and covers the 214 meters of altitude in just nine minutes. 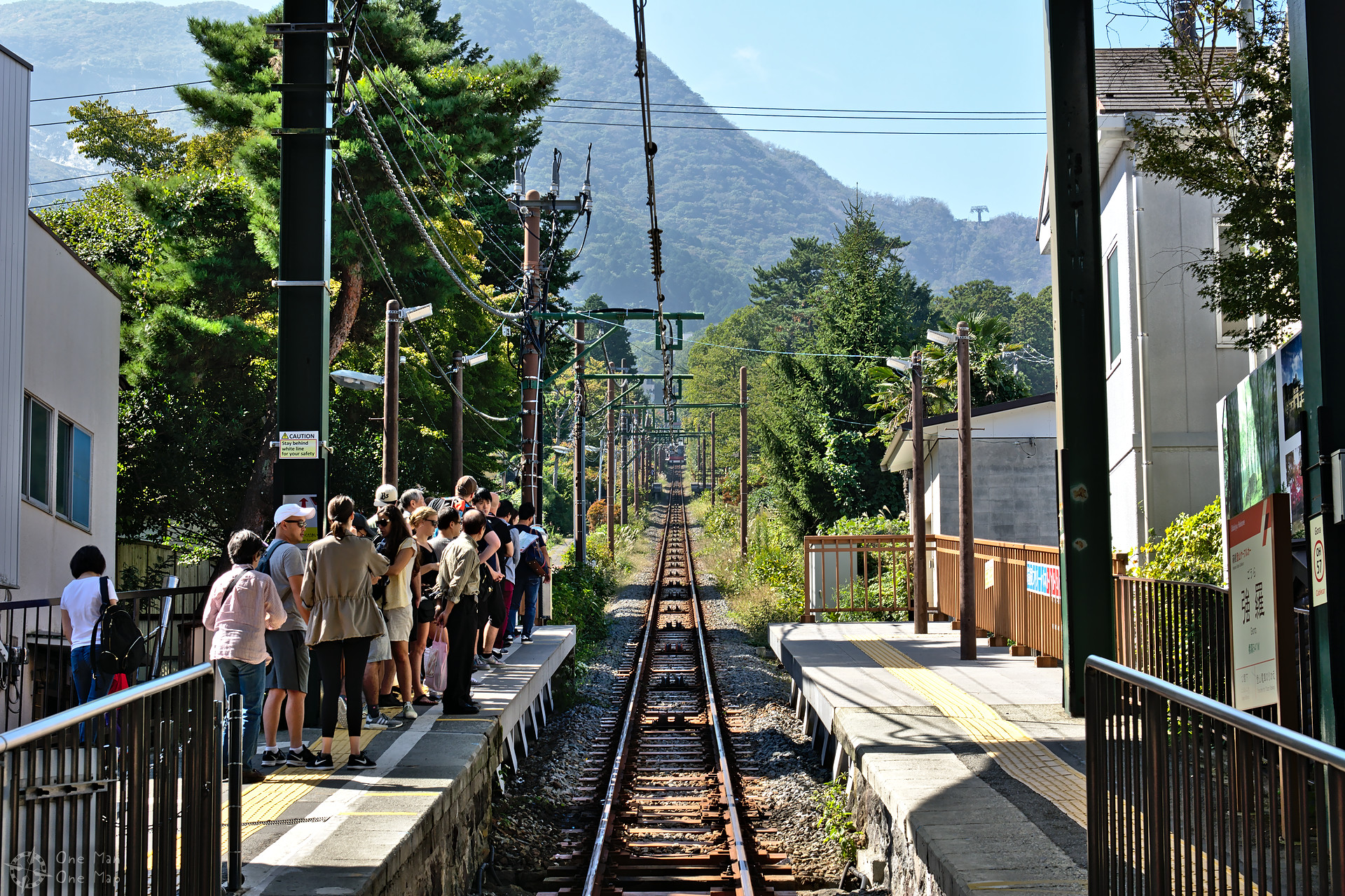 From Sounzan I could see this big kanji sign carved into the mountain. Interestingly 大 simply translates to “big”. I wonder what that means? 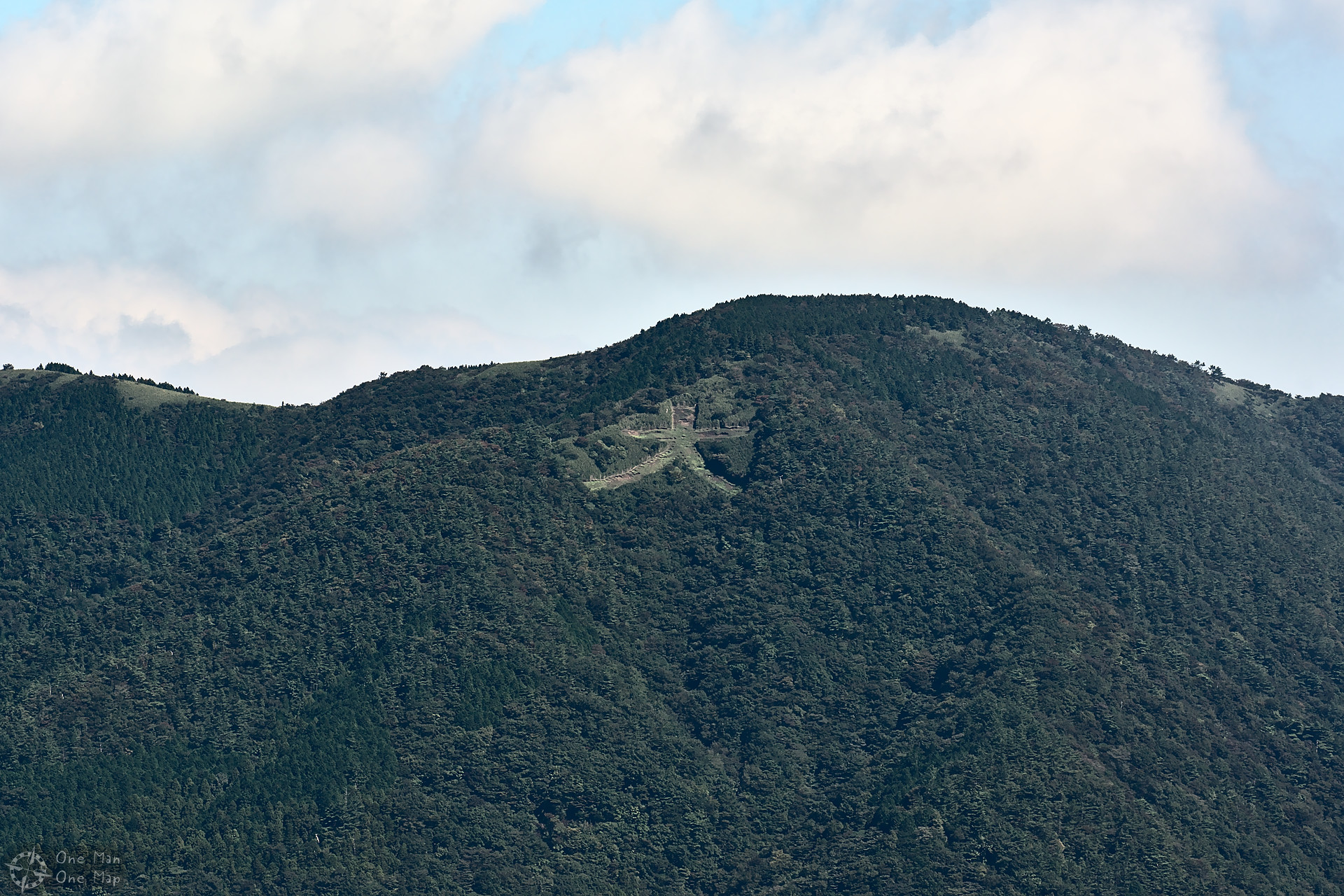 The last section up to the top of Ōwakudani was covered using the Hakone Ropeway (箱根ロープウェイ, Hakone Rōpuwei). It was immediately clear from the signs that a volcanic valley is not a place to fool around. Between May 2015 and April 2016 the ropeway was out of service due to an expected volcanic eruption, and it closes down whenever the gas concentrations at the top rise too high. In addition, every passenger was given a damp cloth to cover their mouth and nose in case of an emergency! 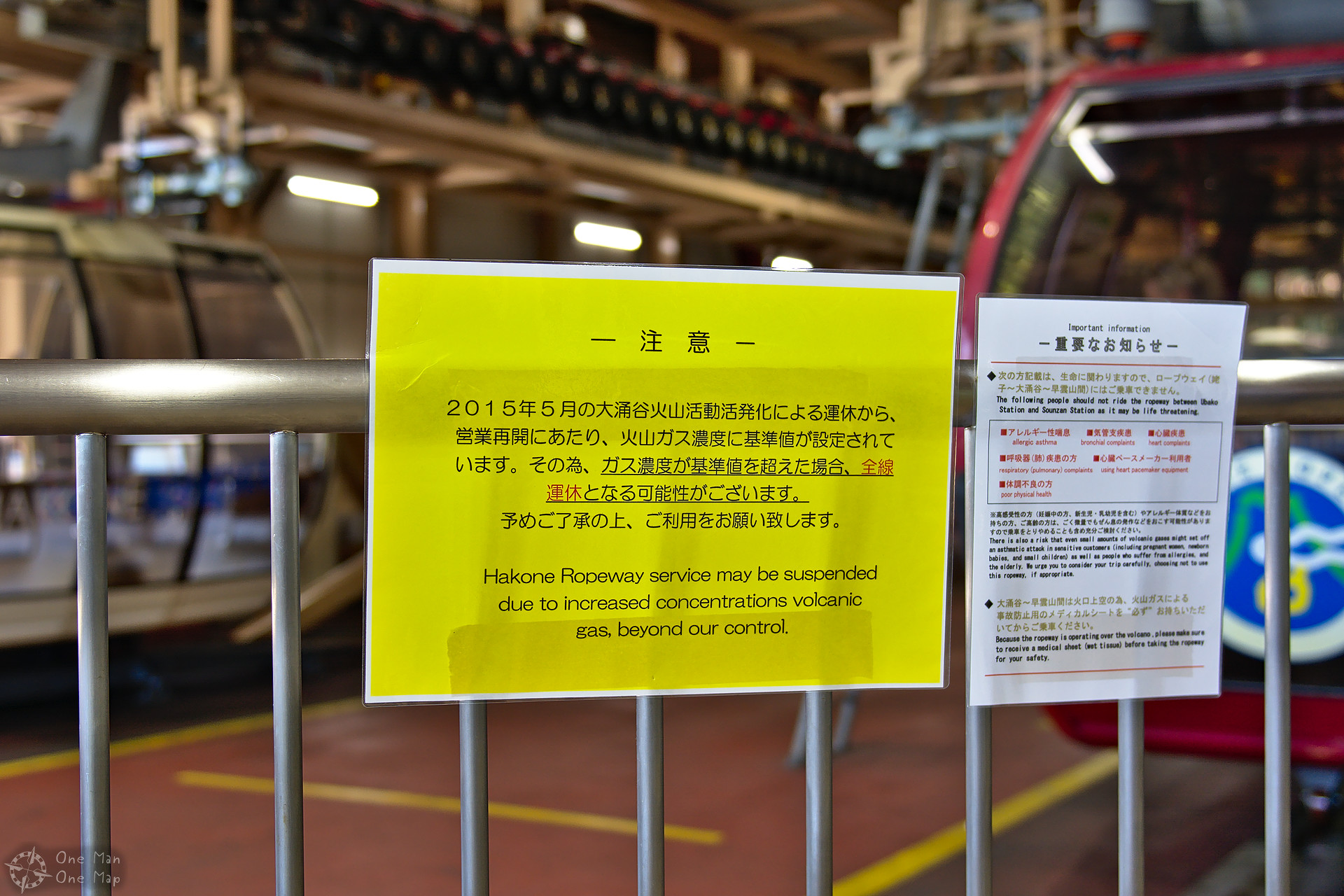 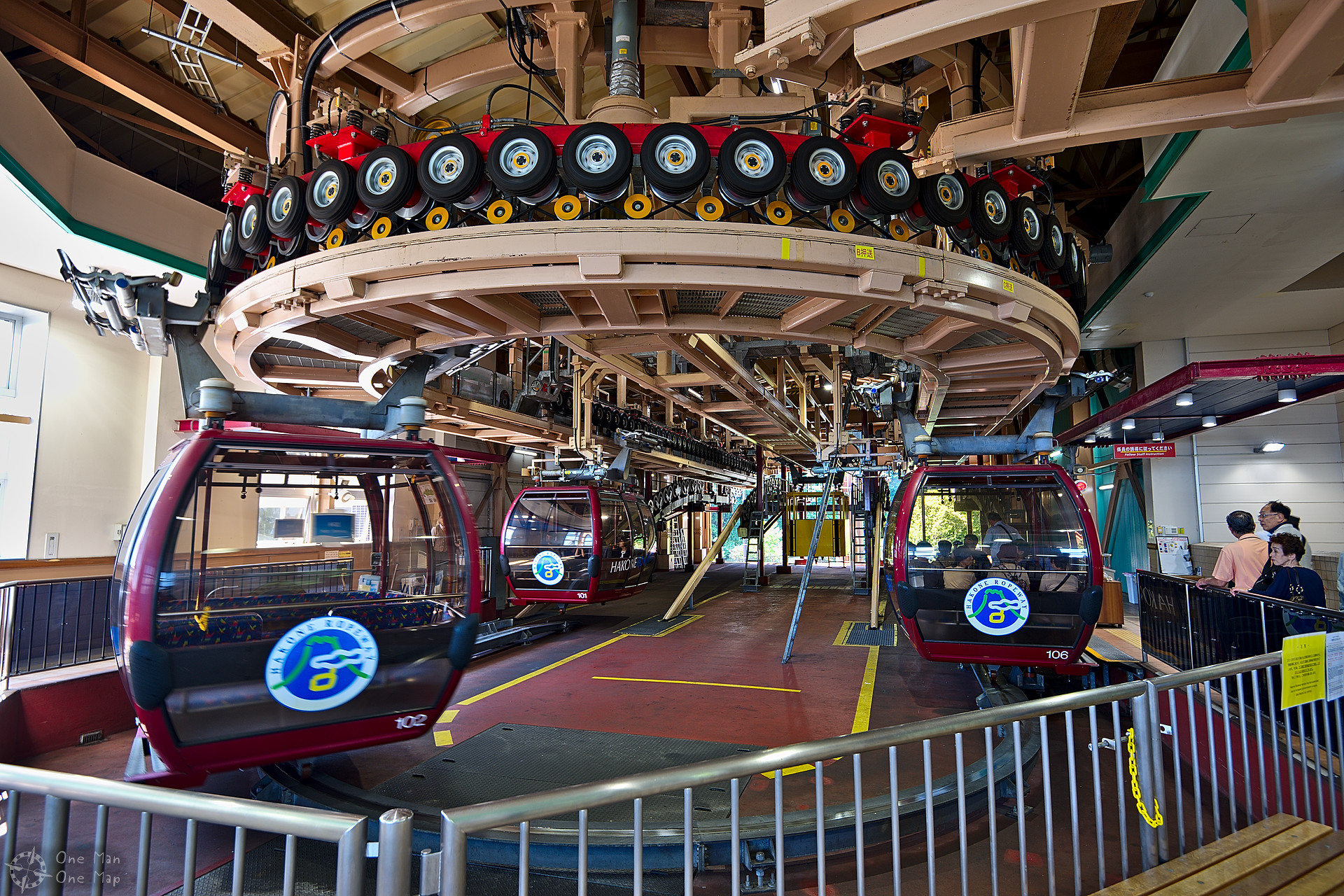 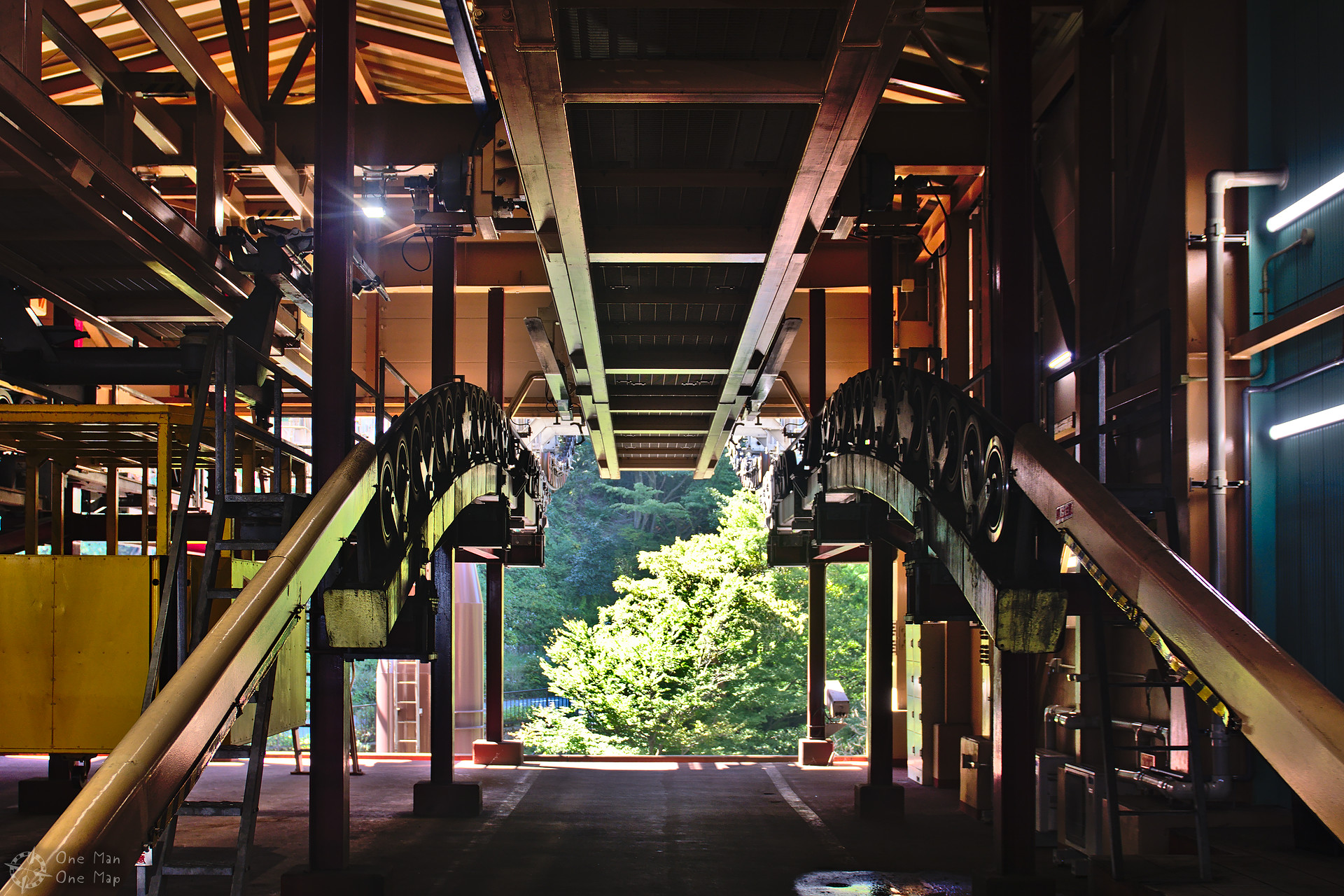 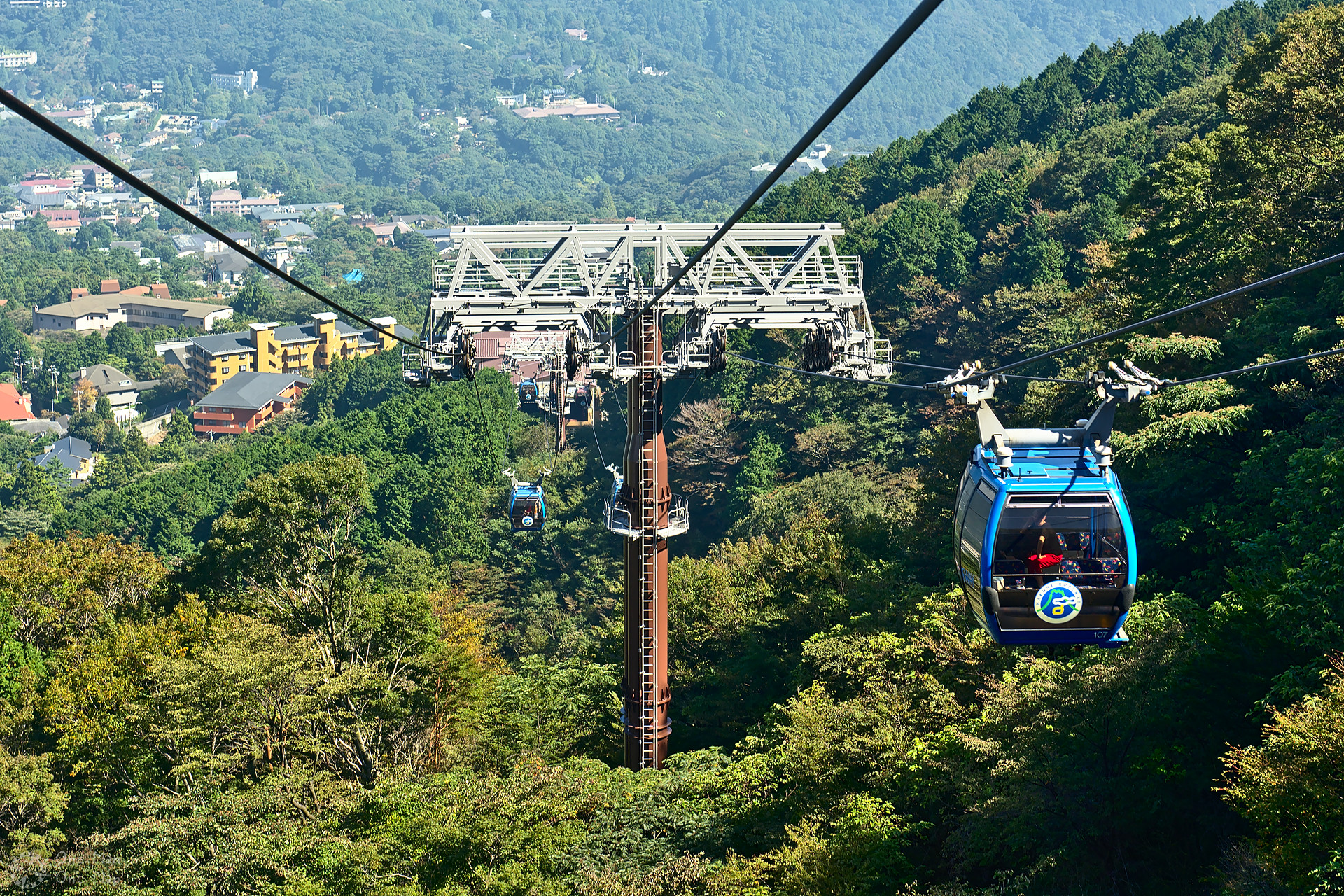 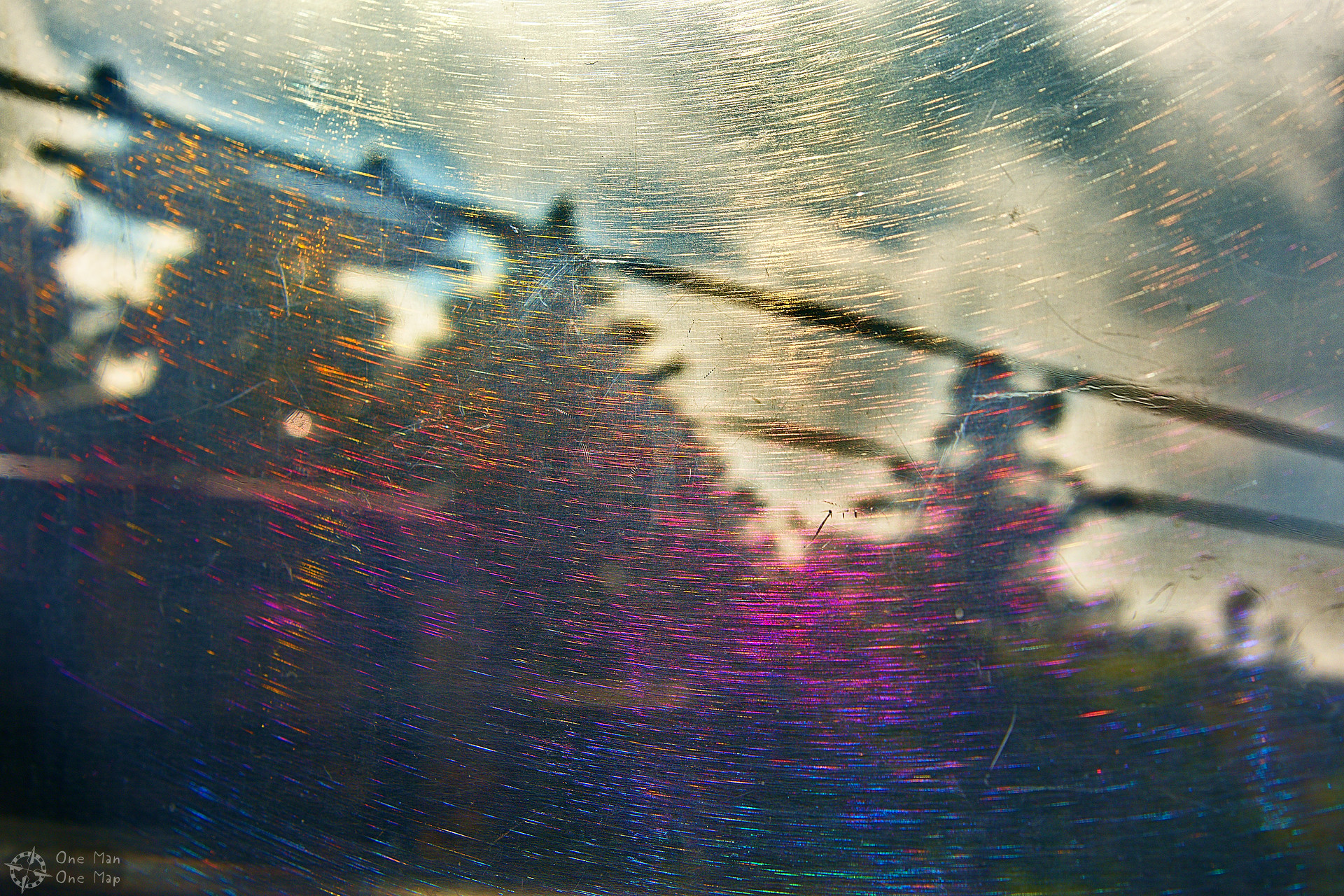 The view on the geologically active zone was simply breathtaking. The cable car glides over the valley at considerable height, below I could see the many small craters. The vegetation in the whole area had been destroyed by the gases or was covered all over with dust. Large concrete walls stabilize the valley, hot water and sulphur are extracted and used for thermal baths further down the mountain. 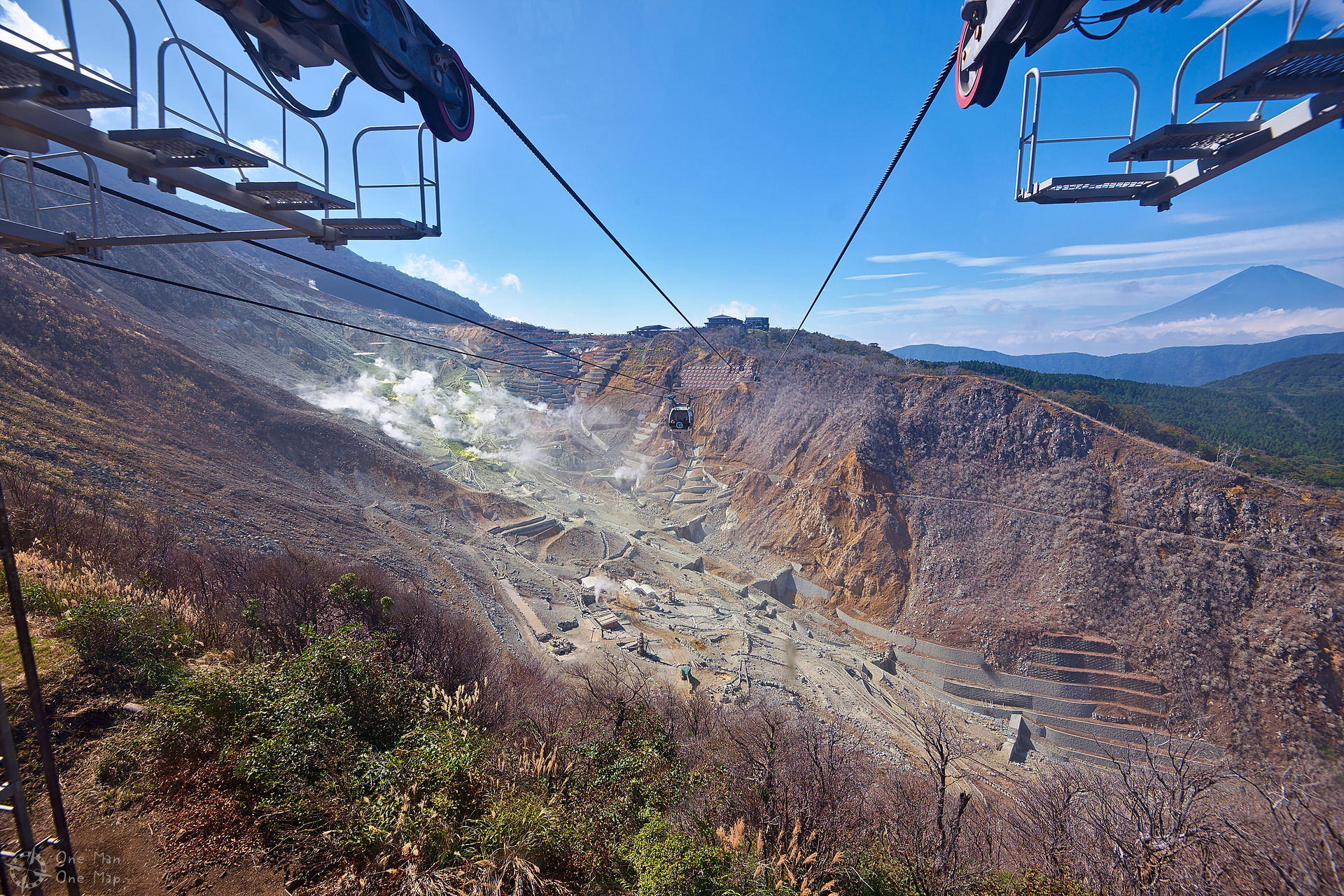 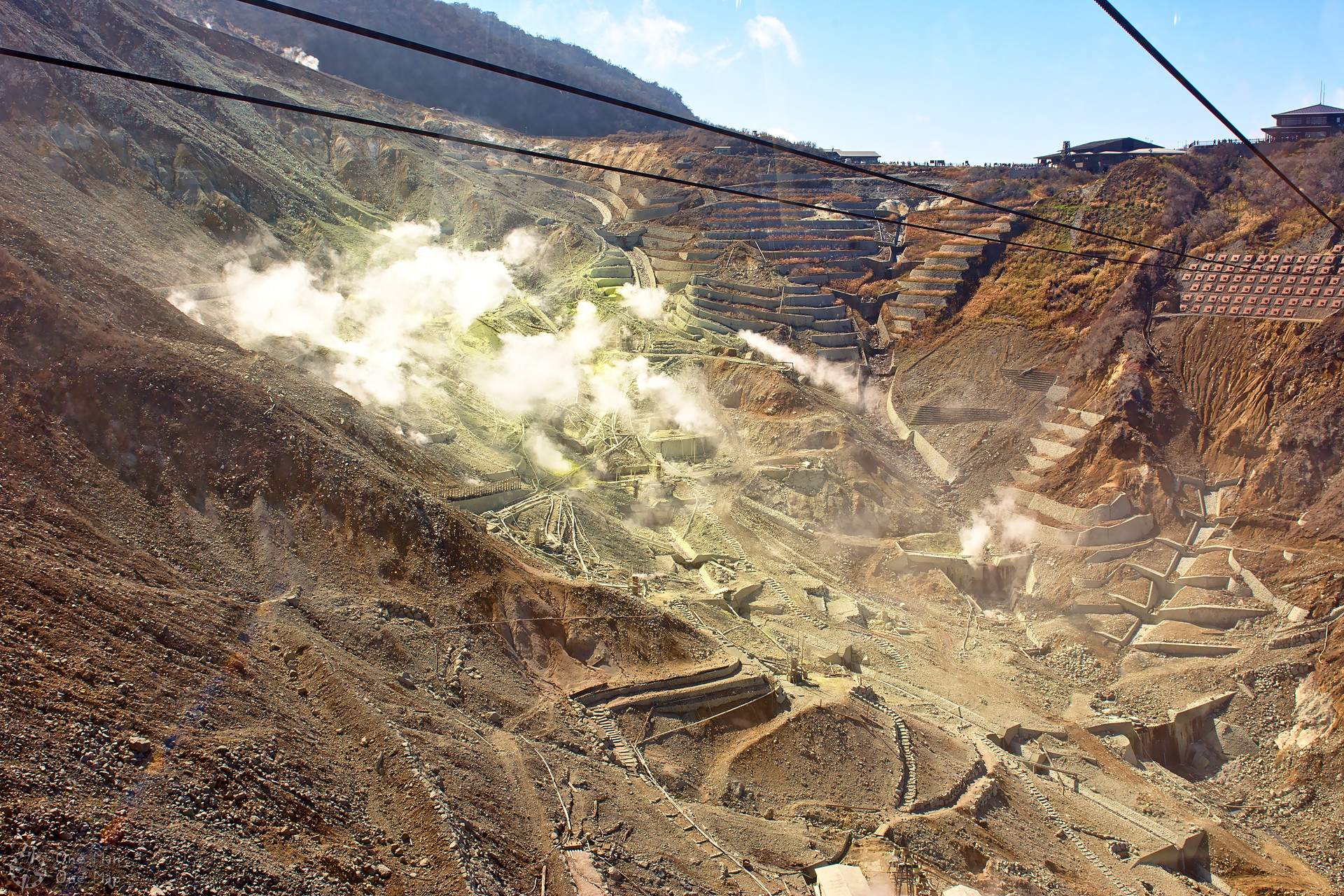 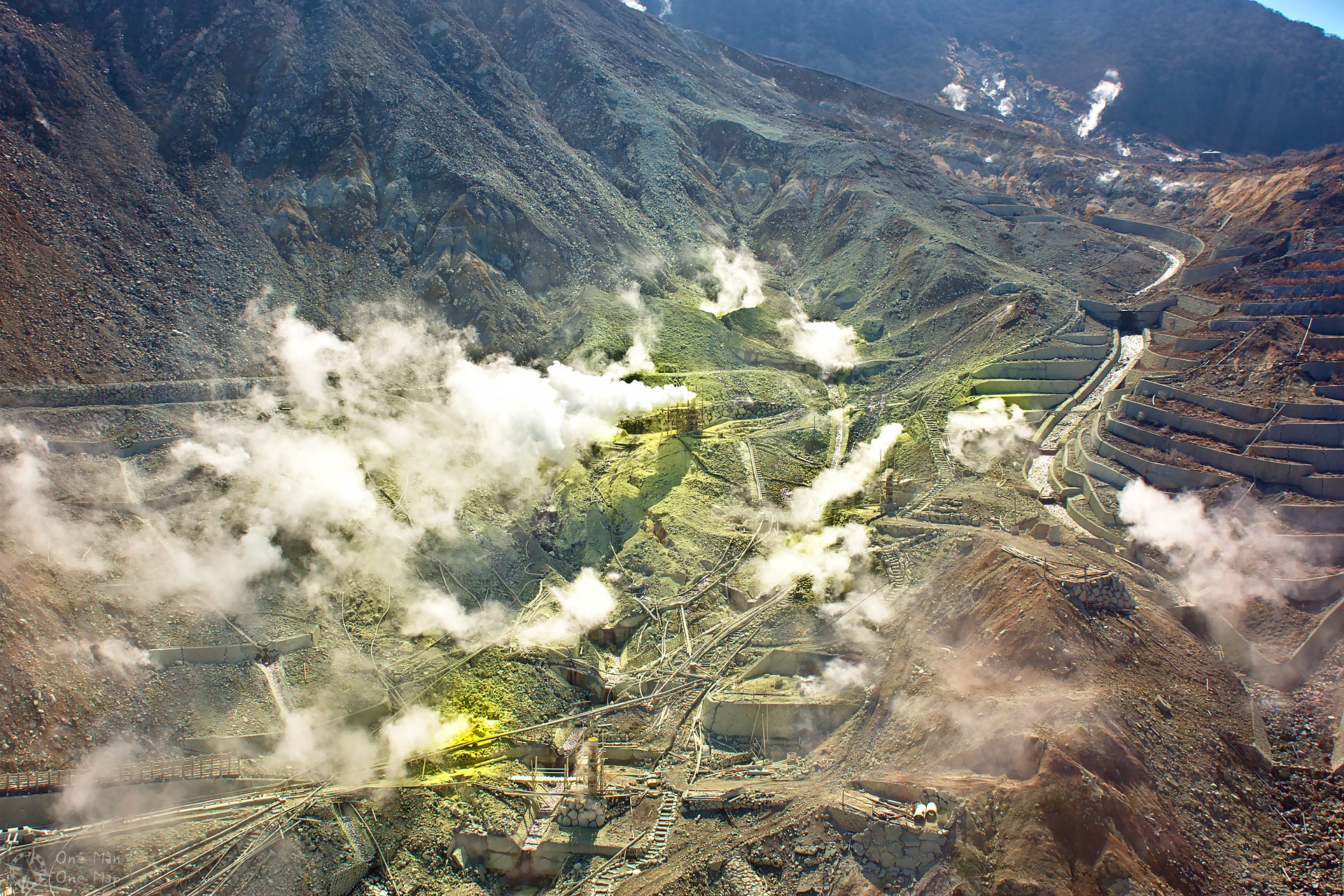 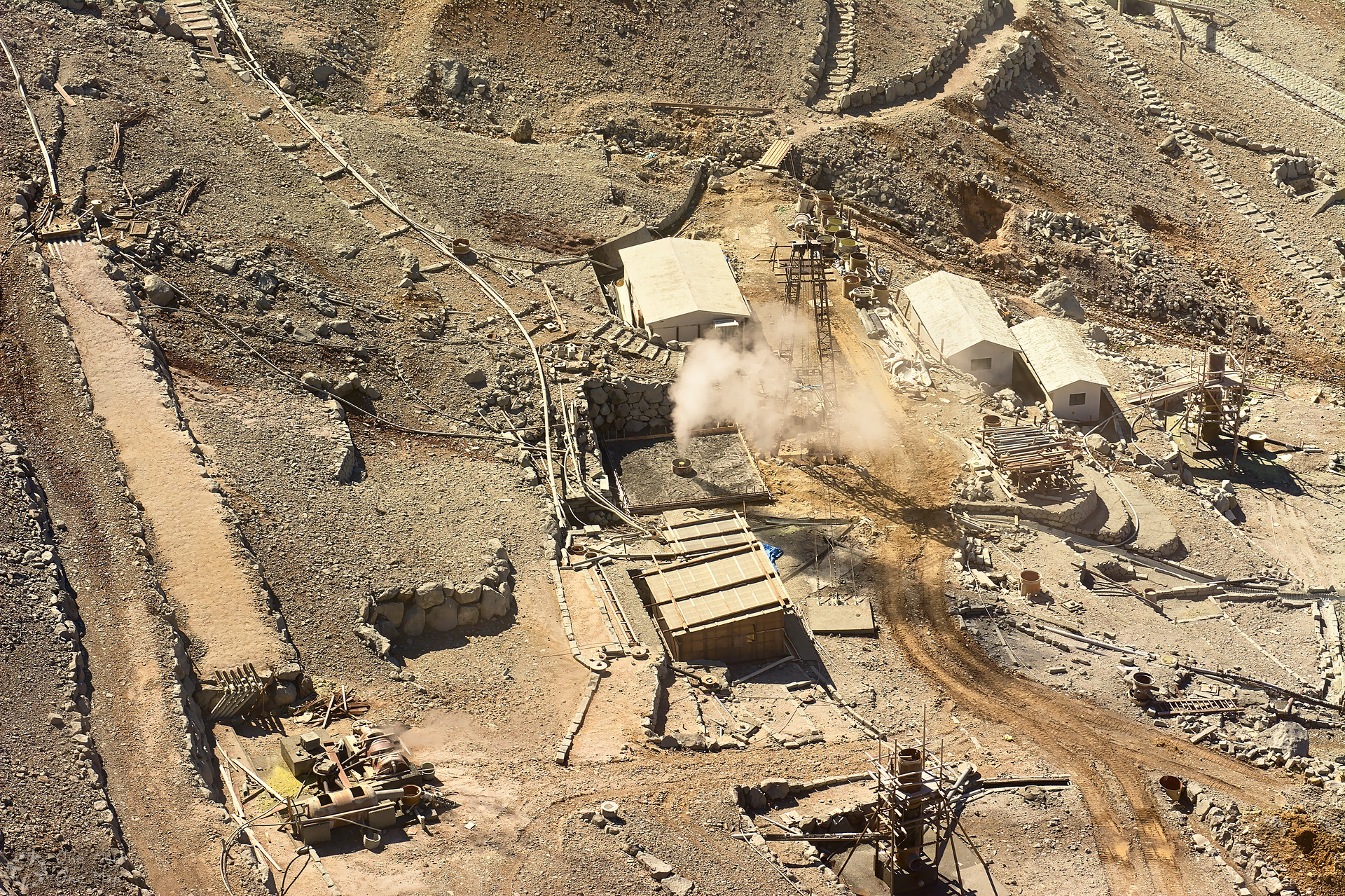 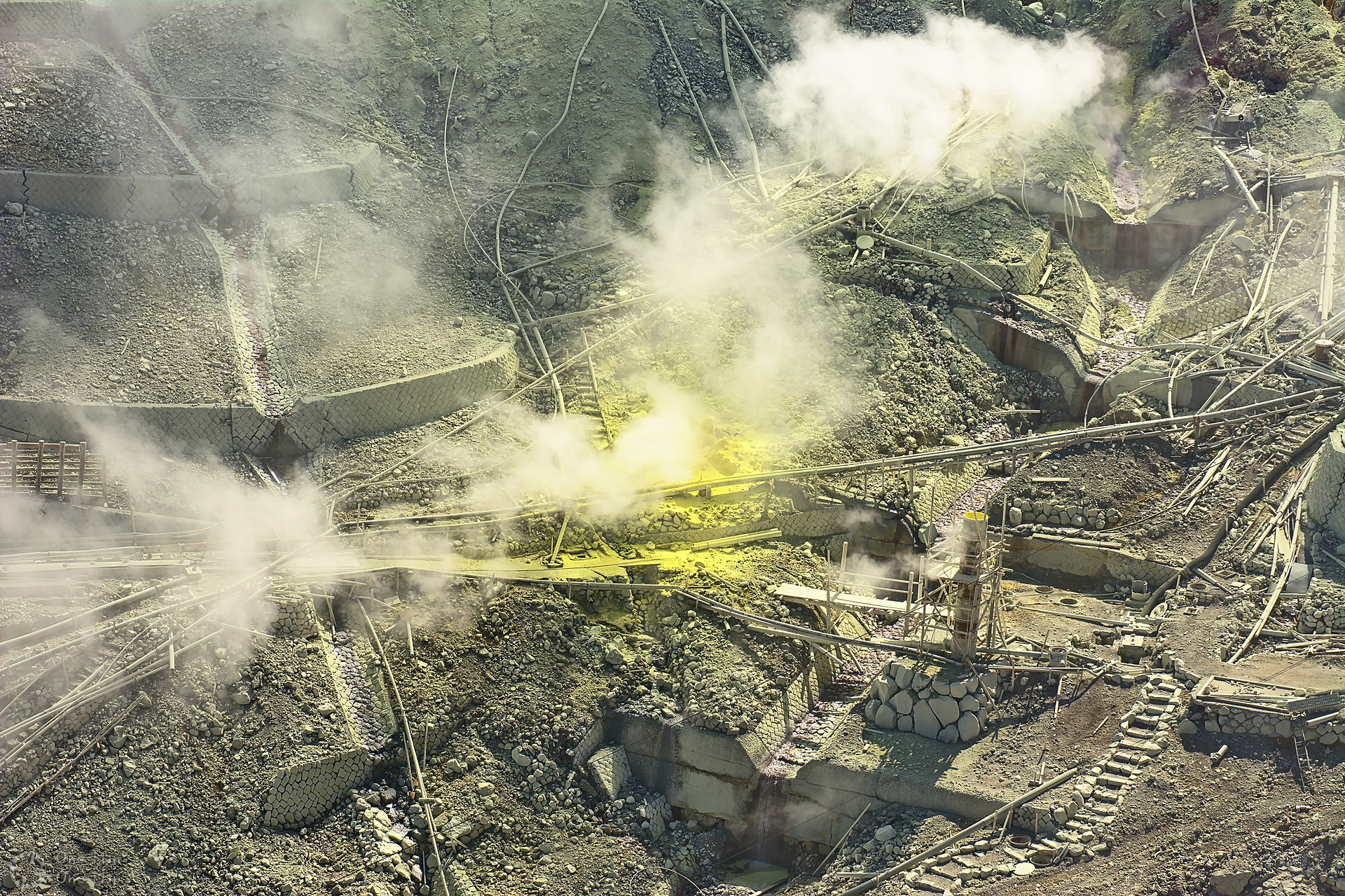 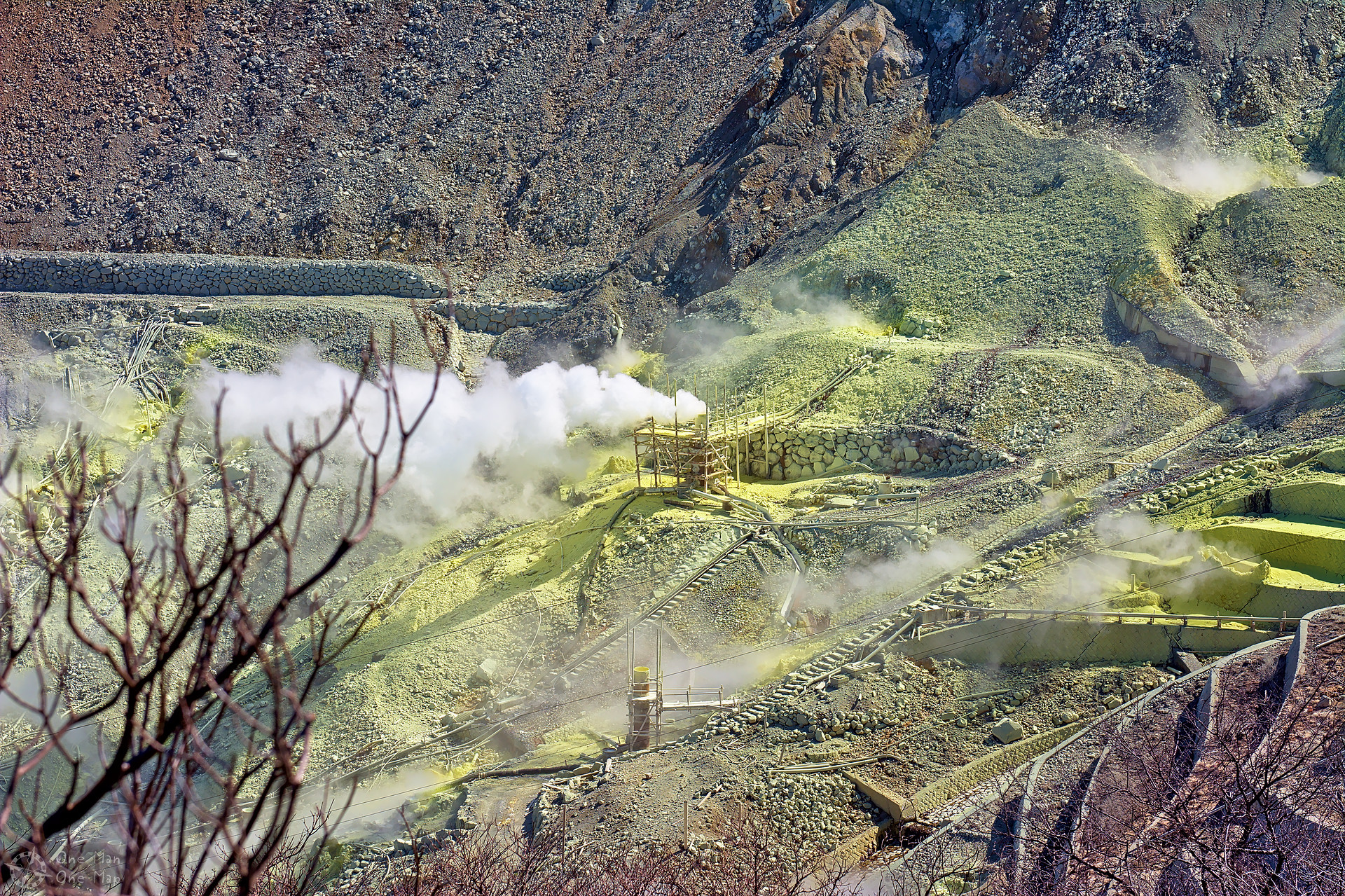 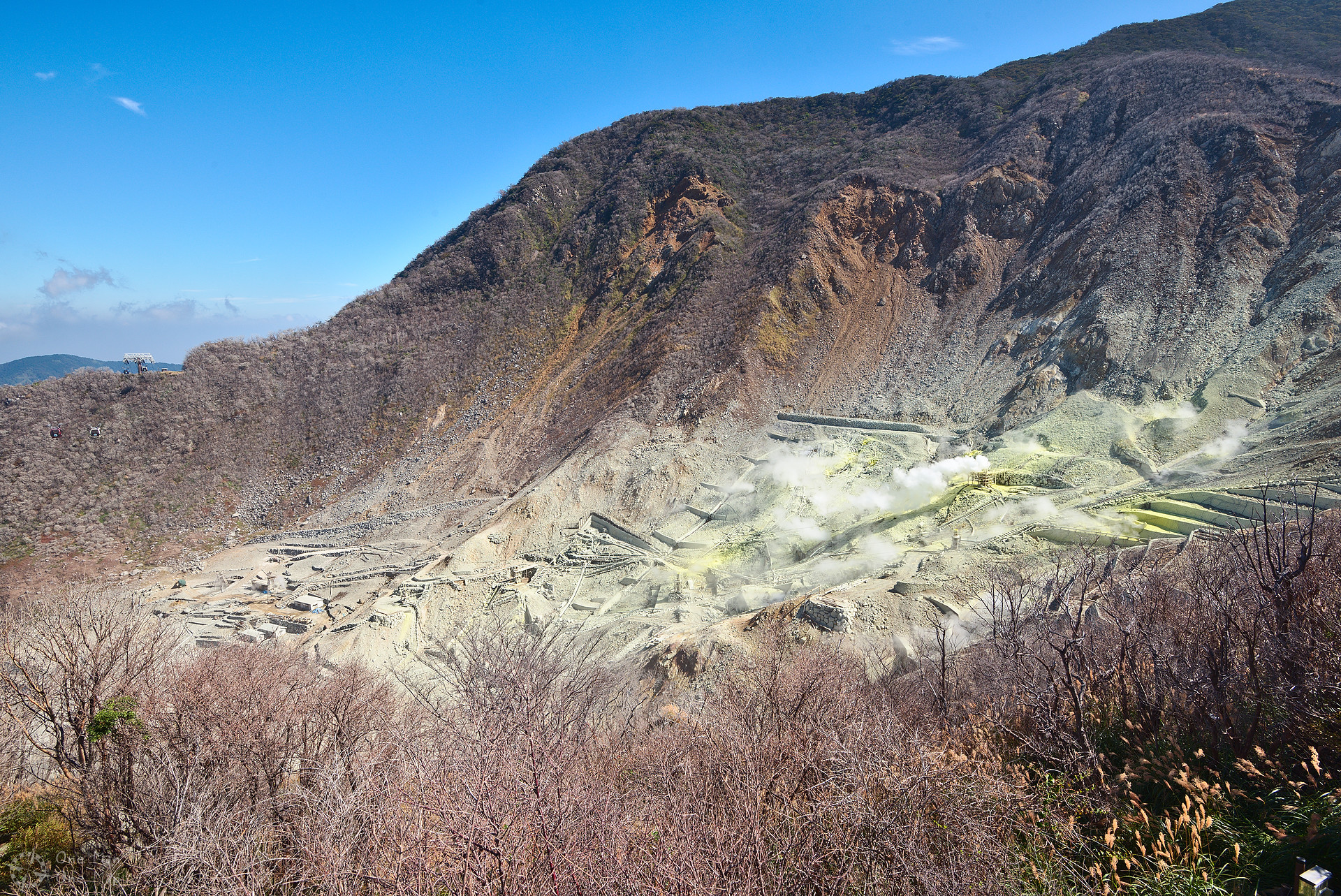 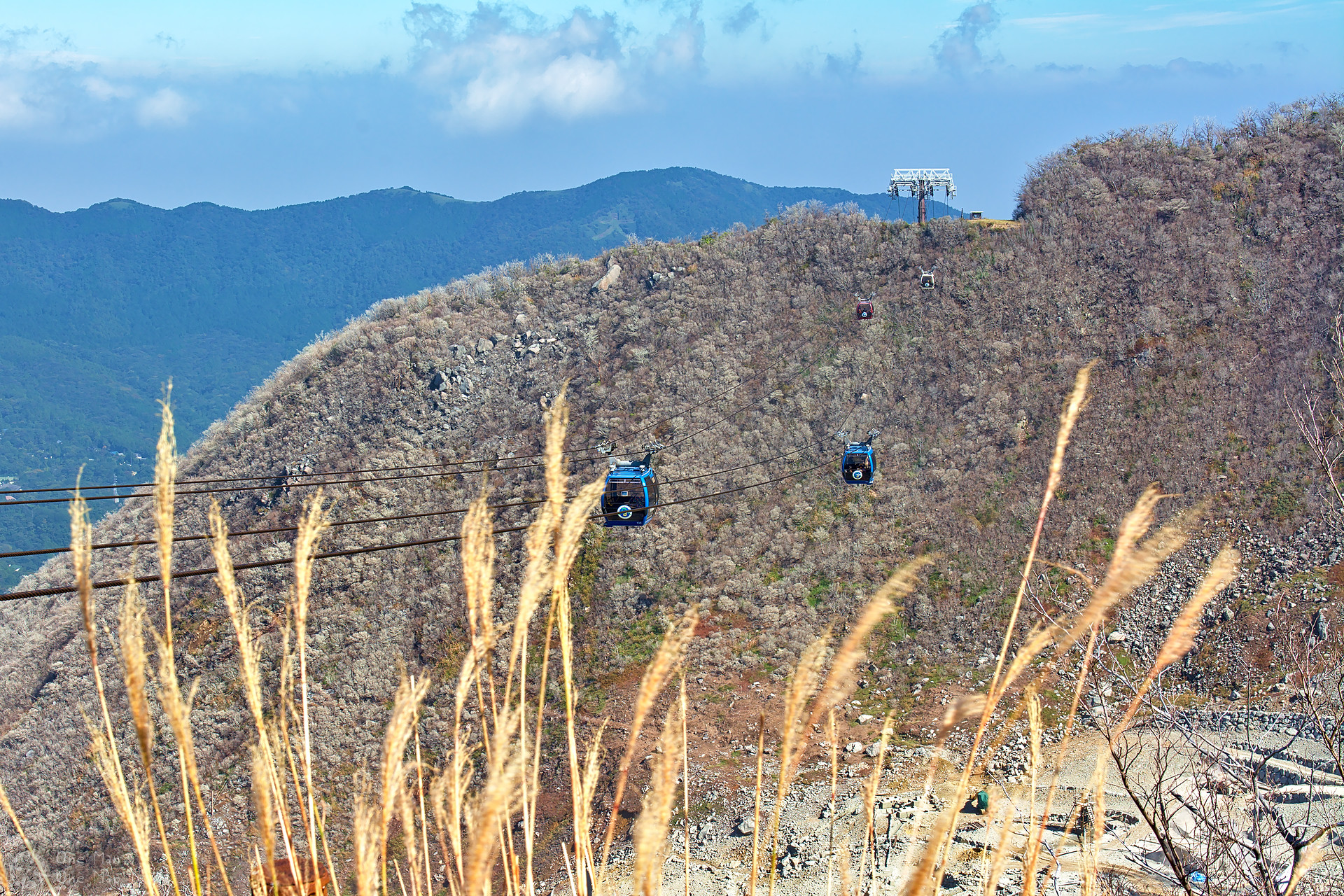 The cable car station and a visitor center sit on top of the valley. The traditional Kuro-tamago (黒卵, “black eggs”) are also sold here, they’re being hard-boiled in the hot thermal water. The sulphates and iron ions in the water turn the shell black, but the inside of the egg remains white and yellow. Supposedly every egg you eat extends your lifespan by seven years 😉 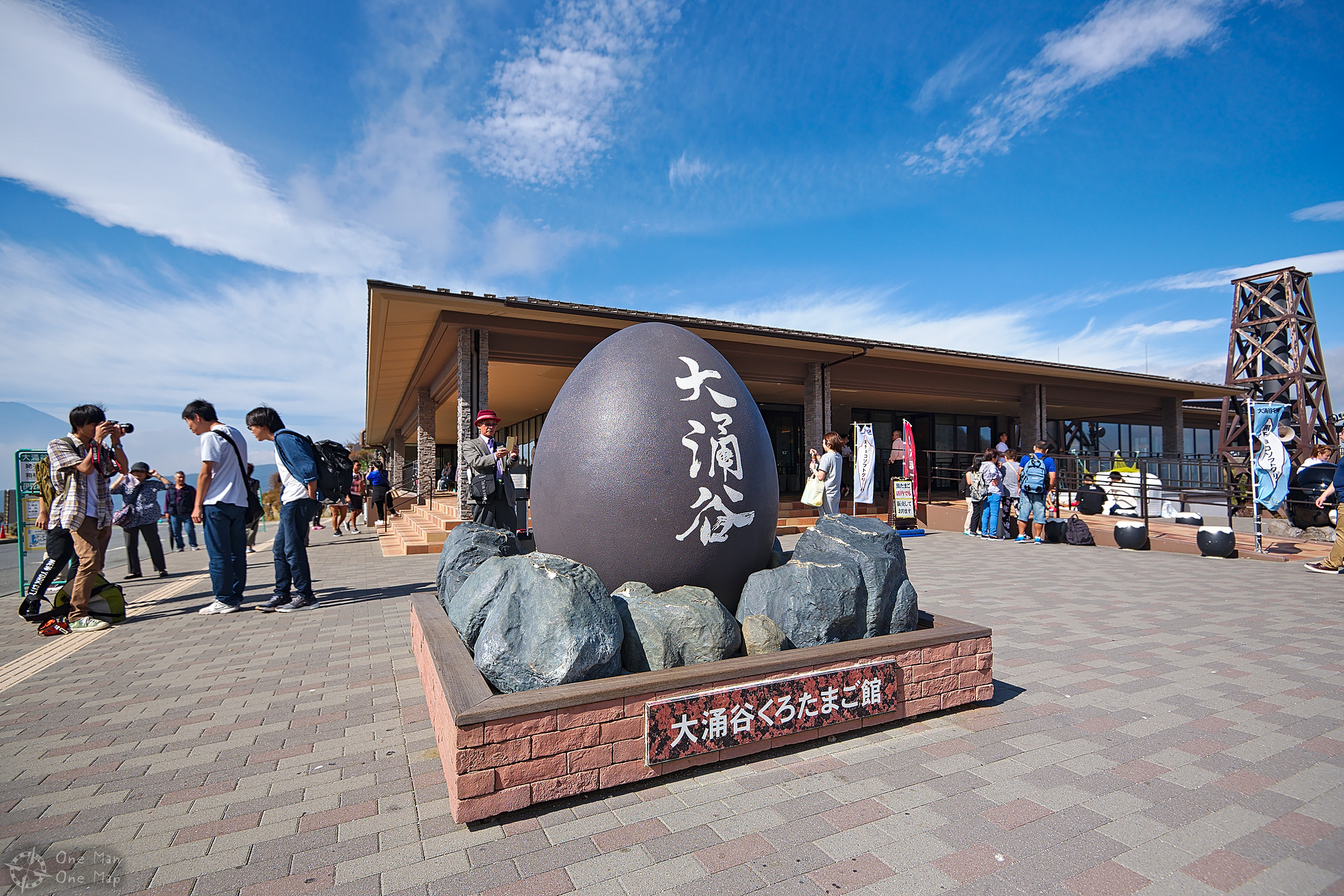 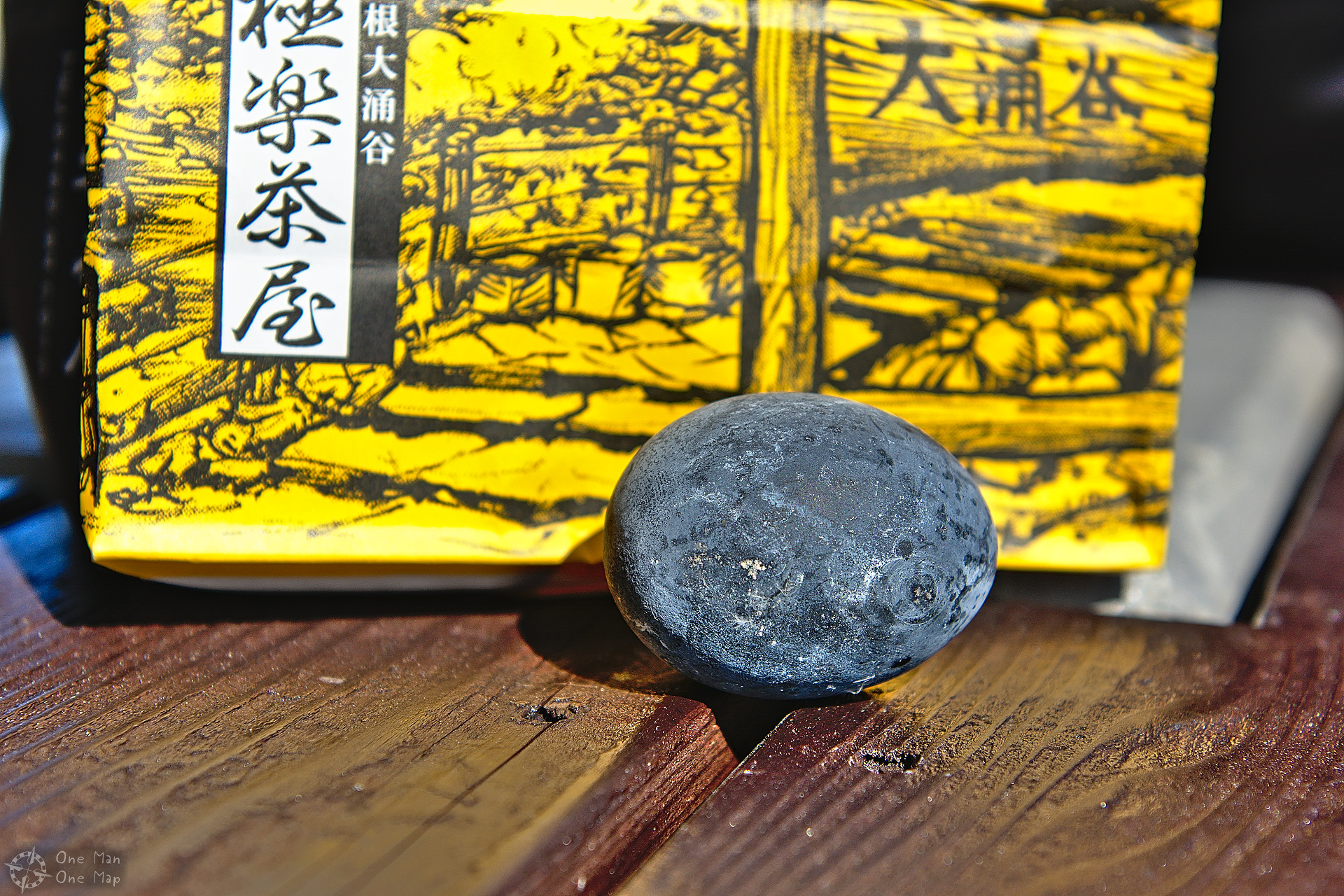 There are some small hiking trails around the visitor center, but those were closed due to the increased volcanic activity. Hydrogen sulphide and sulphur dioxide in the air irritate the mucous membranes in the respiratory system and cause water retention in the lungs, after some time breathing becomes more difficult. I stayed for about one and a half hours and felt quite worn-out afterwards. 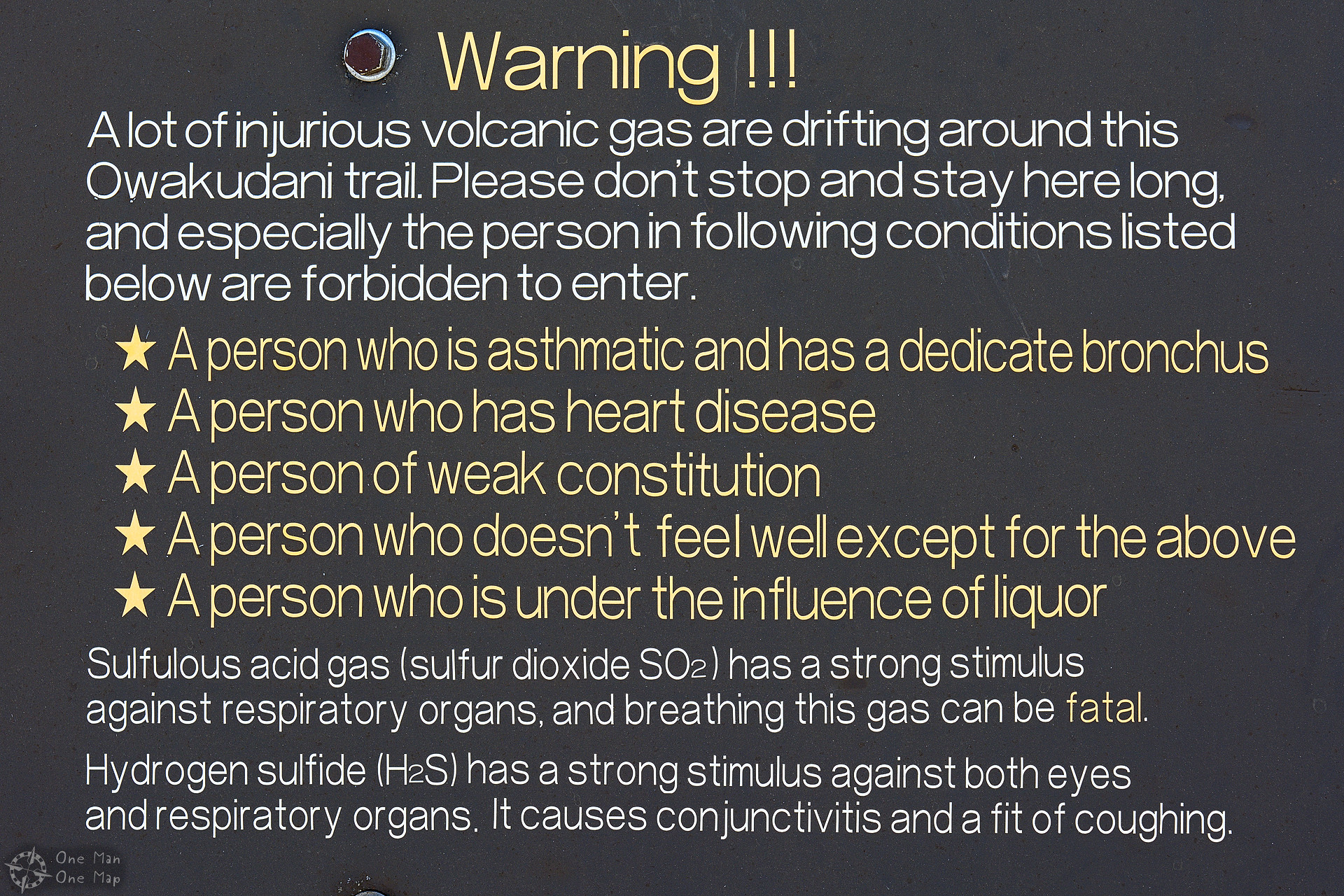 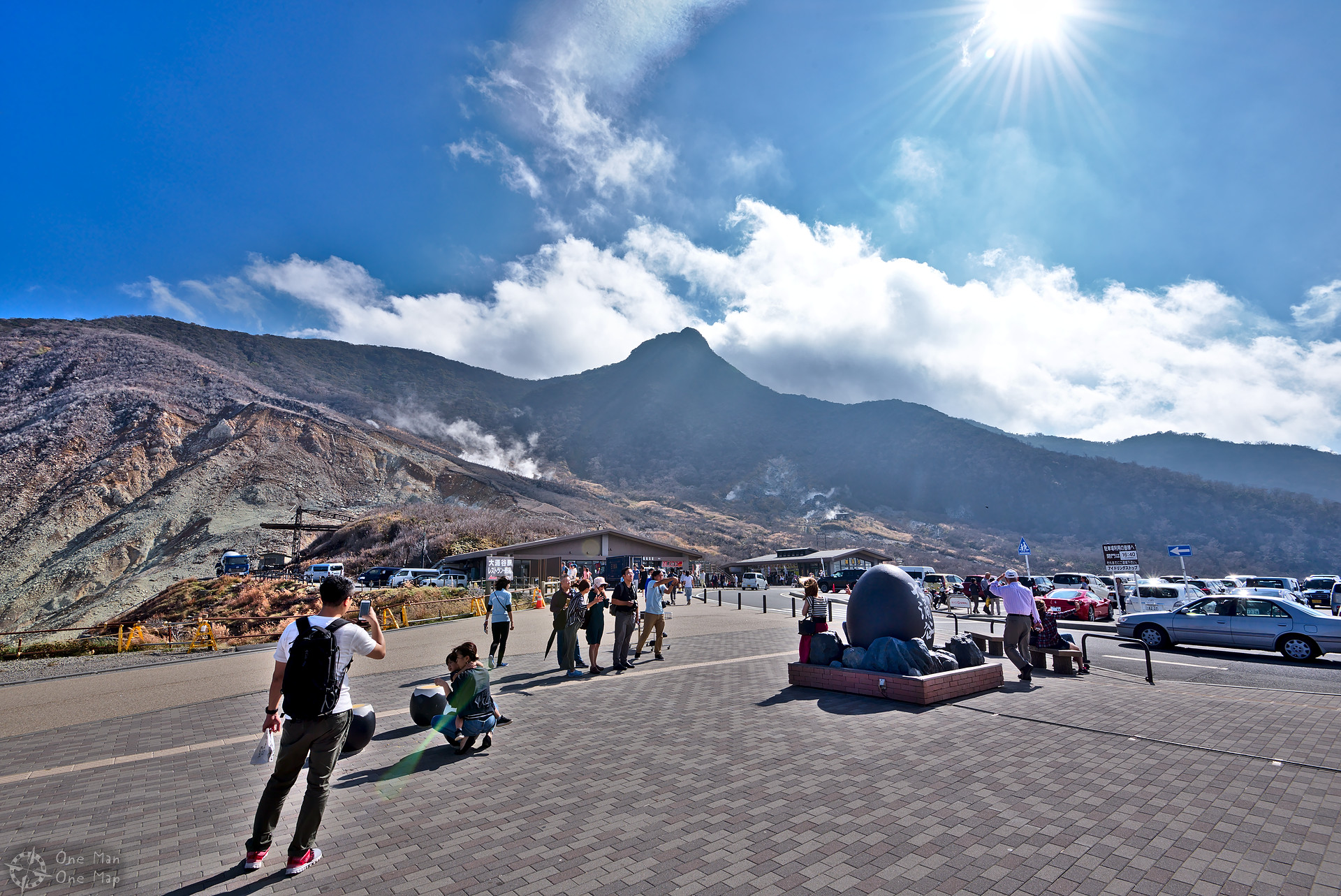 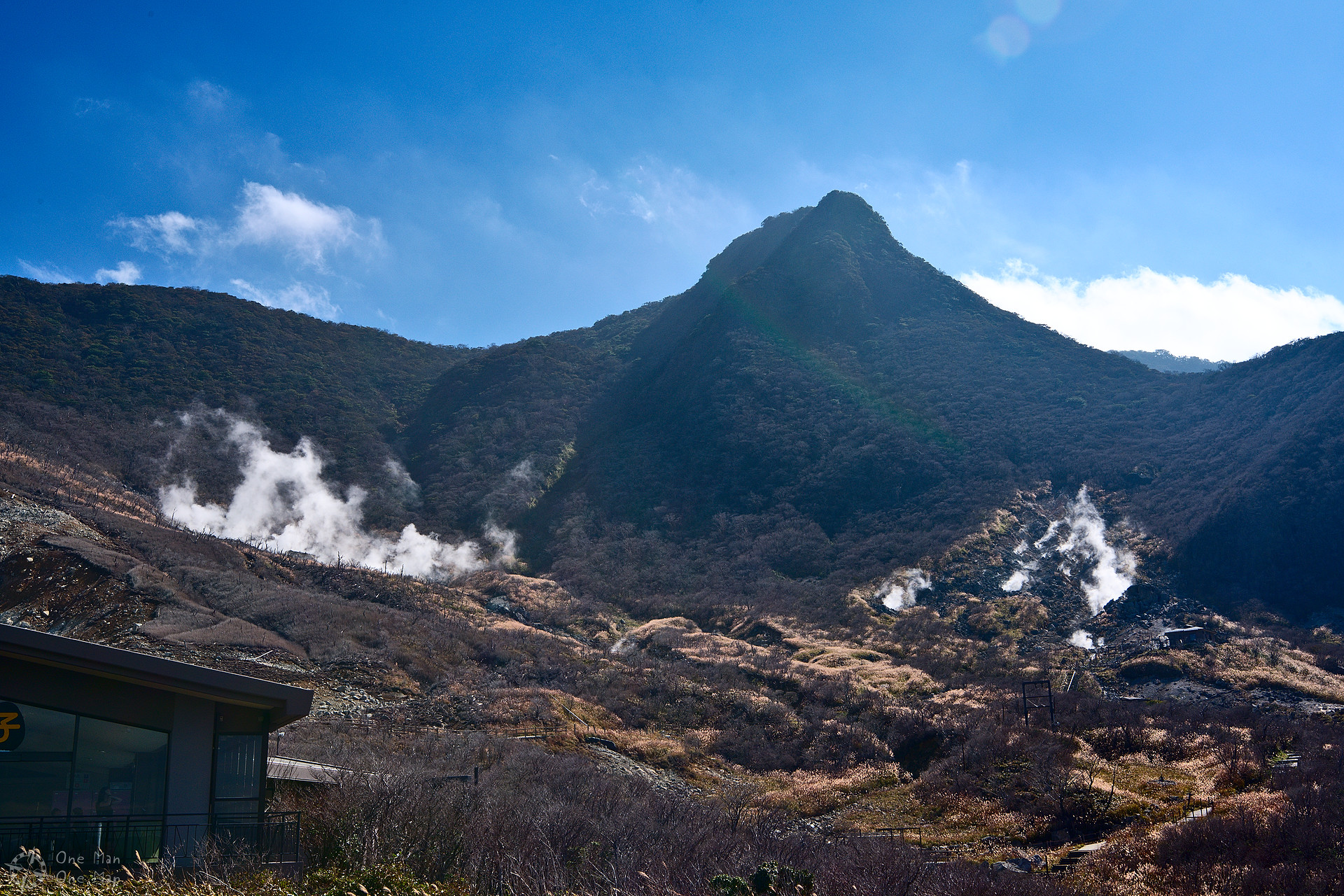 From Ōwakudani one also has an excellent view on sacred Fuji-san (富士山), even though the view was a bit foggy that day. On the lower right side the ropeway down to Lake Ashi (芦ノ湖) can be seen. 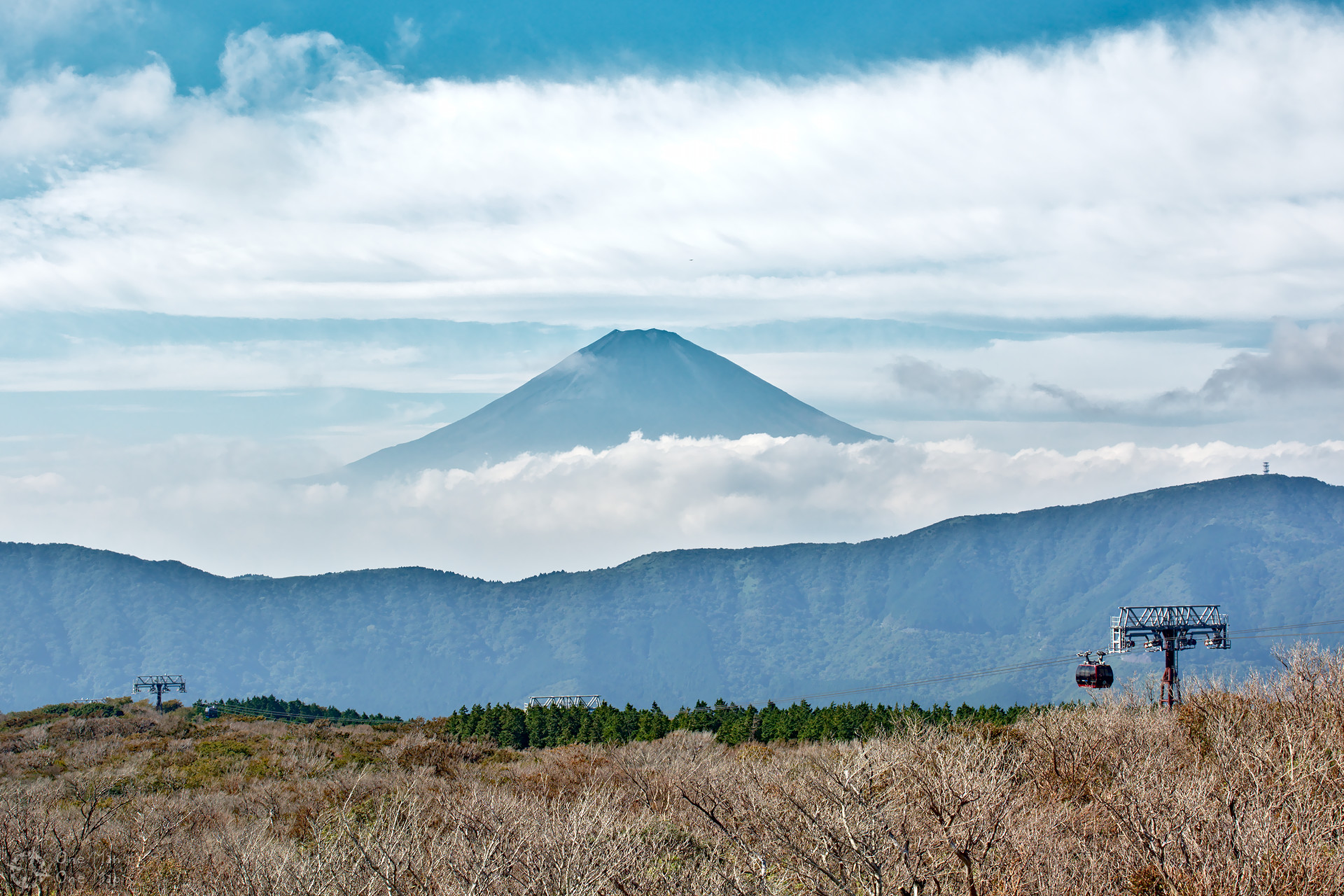 In the next post I’ll set sail on Lake Ashi 🙂