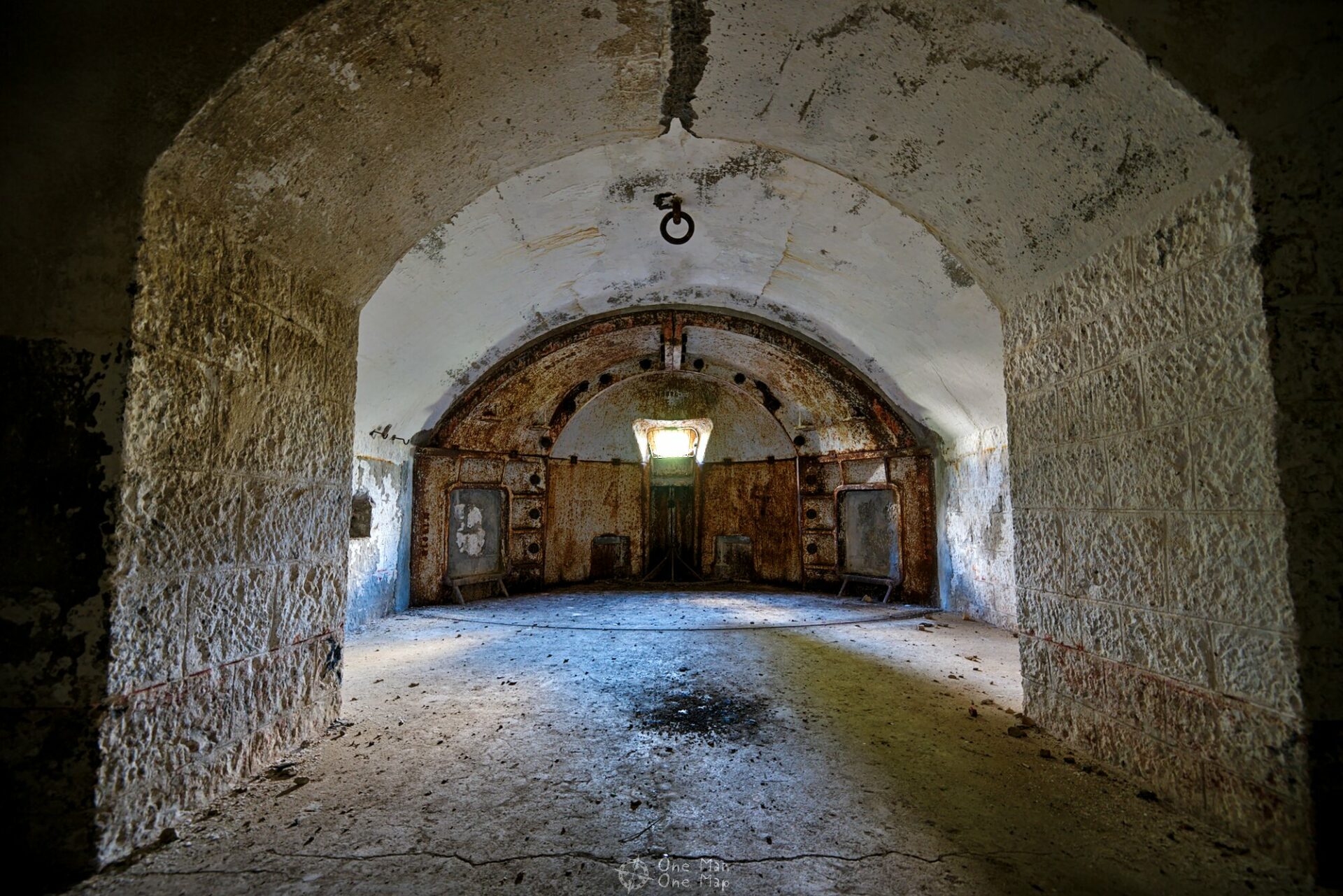 The two World Wars were undoubtedly the most serious conflicts that ever happened on the European mainland. However, the kingdoms and great powers of Europe had already warred with each other in the run-up to the First World War. A relic of this period is Fort Vrmac near the coastal town of Kotor in Montenegro.

Caution: This post is about a lost place. In order to preserve the structure for future Urban Explorers, to not disturb the neighbors and to avoid police intervention the coordinates are intentionally inaccurate.

The Austro-Hungarian Monarchy was facing threats on several fronts in the second half of the 19th century. The German War (1866) and the Franco-Prussian War (1870/1871) had produced a united German Empire to the North. Veneto in the West had been first been lost to the French after the Peace of Prague (1866) and then to the Italian independence movement. On the Southern border of the empire the ongoing dissolution of the Ottoman Empire caused further problems. The principalities of Serbia and Montenegro had gained their independence in 1876 and 1878, and the Montenegrins still lacked one piece of their nation-state: the Austro-Hungarian port city of Cattaro (today Kotor). 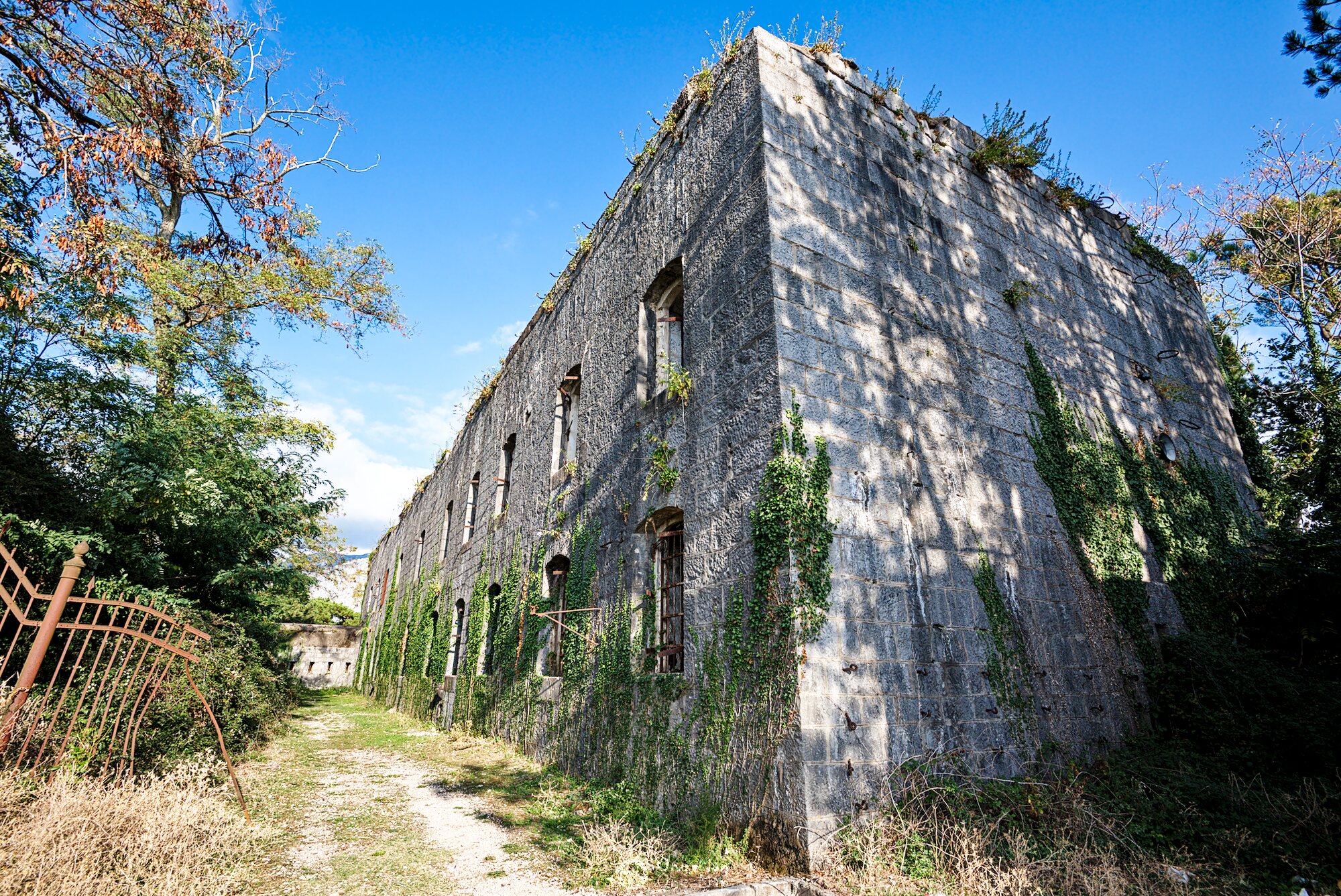 Cattaro was the main base of the Austro-Hungarian war fleet at that time, so the monarchy did not even think about giving up the city voluntarily. The many Montenegrins living on Austro-Hungarian territory tried to stage a rebellion in 1869 to free Cattaro. It was successfully put down by the monarchy, but further attacks were to be expected. 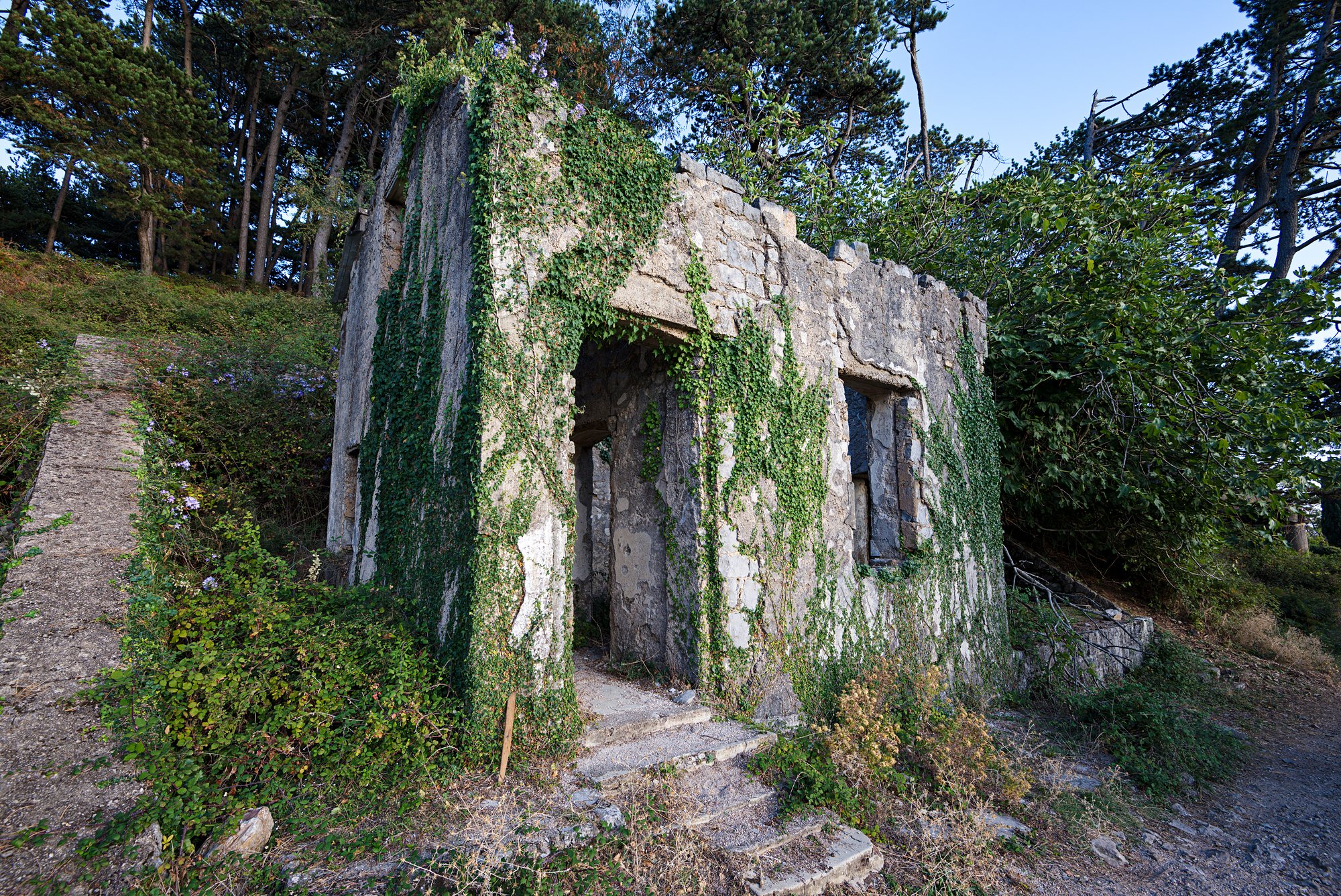 The Imperial Fortification Commission of the Austro-Hungarian Monarchy therefore decided to significantly expand the fortifications in the Bay of Cattaro. The Vrmac ridge to the west of the city turned out to be the perfect location for a new fort. From a position at an elevation of 475 meters above the sea level, hidden in the forest and embedded into the ground, it was possible to block the Krstac ridge in the direction of Montenegro, combat enemy artillery positions in a wide radius, and at the same time completely cover the Župa plain lying on the other side of the ridge as well as the Adriatic Sea. 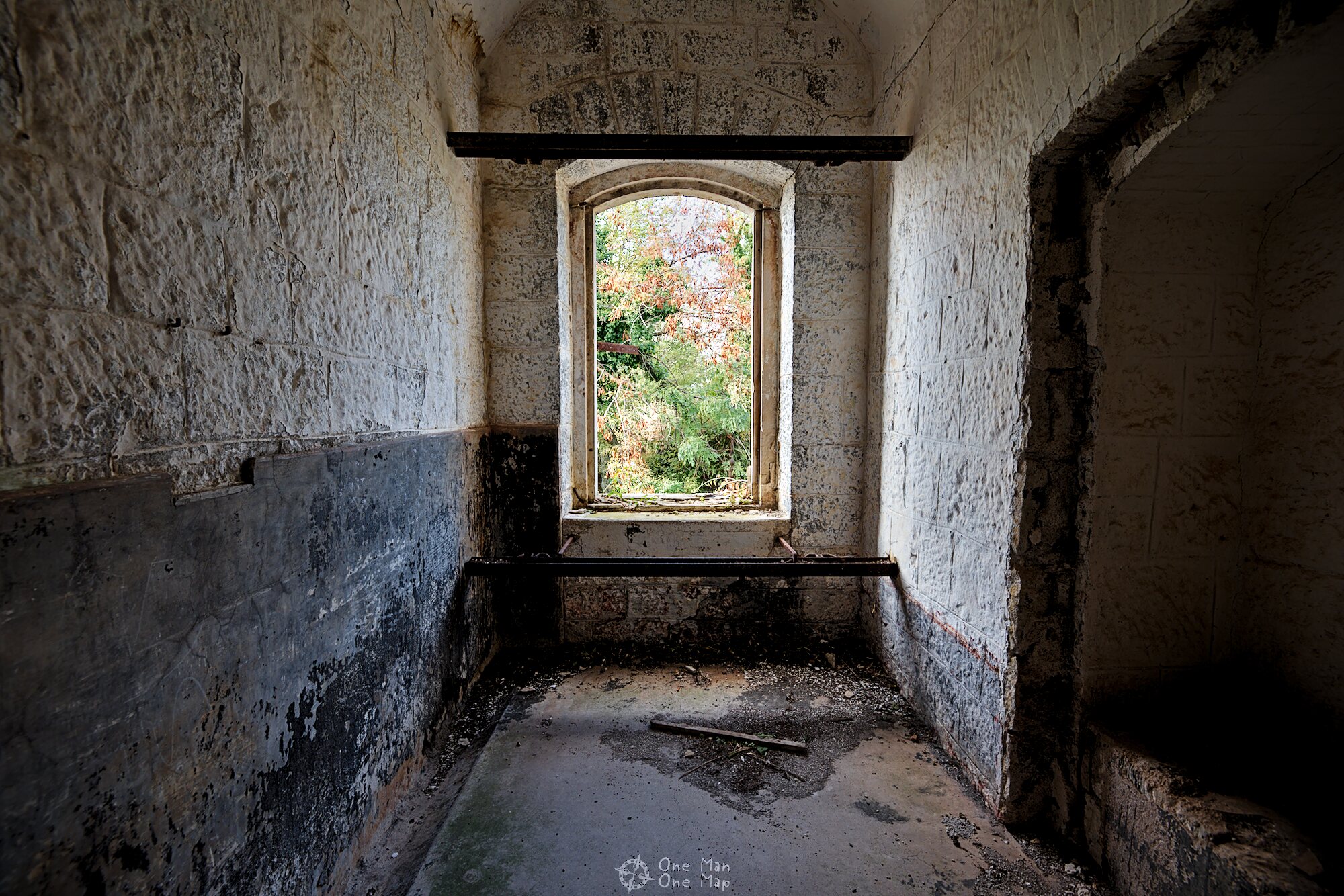 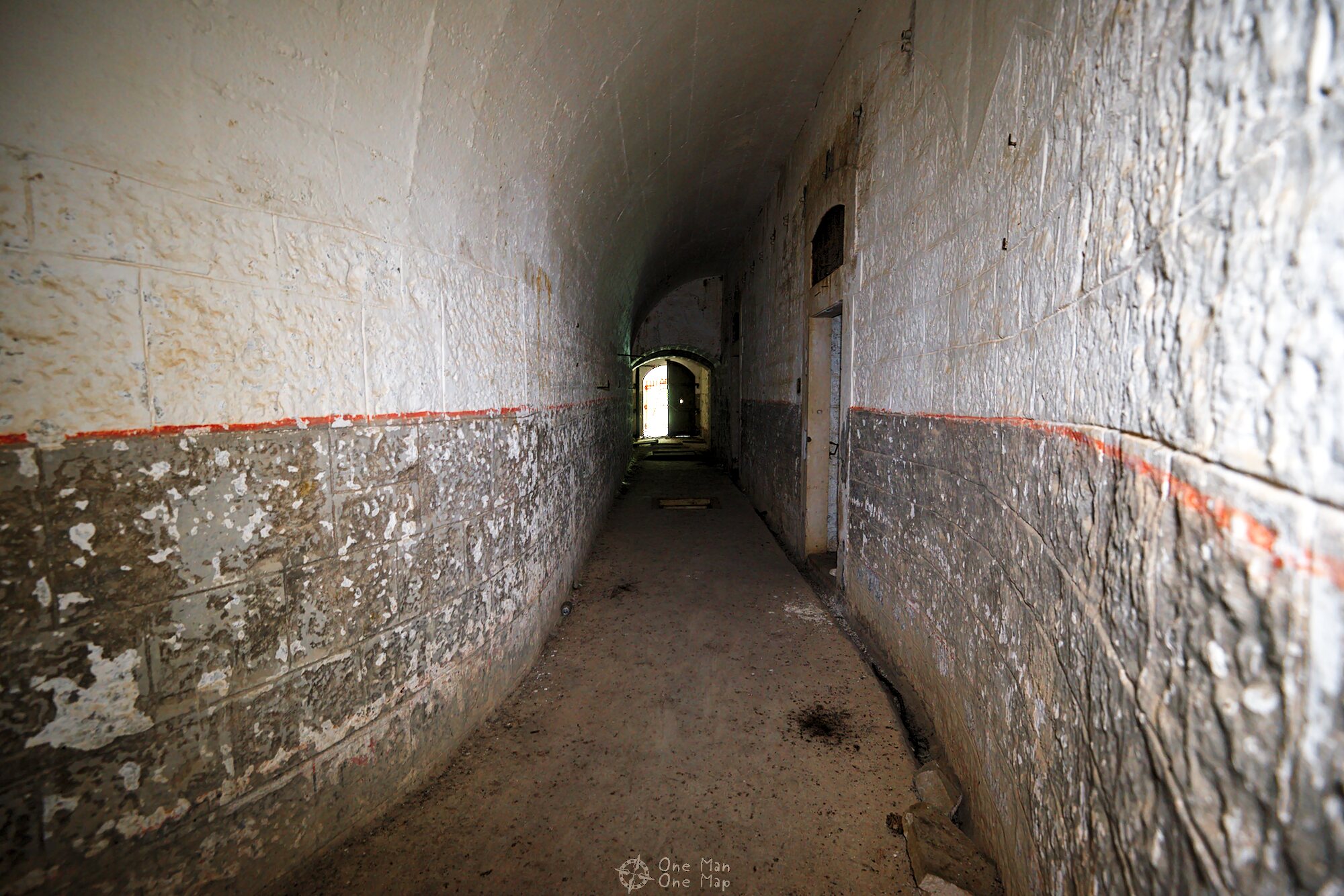 In 1887 a “provisional Fort Vrmac” was built, which was then extended between 1894 and 1897 into the Fort Vermac (Montenegrin Tvrđava Vrmac) that still exists today. It is very similar to the works of the so-called “Vogl period” in South Tyrol in Italy. Vrmac was considered to be the most modern fort in the entire region for quite some time after its completion. It replaced the Trinita and Kavac forts, which were now considered obsolete, and dominated the entire bay together with Fort Gorazda and the Saljari Battery. 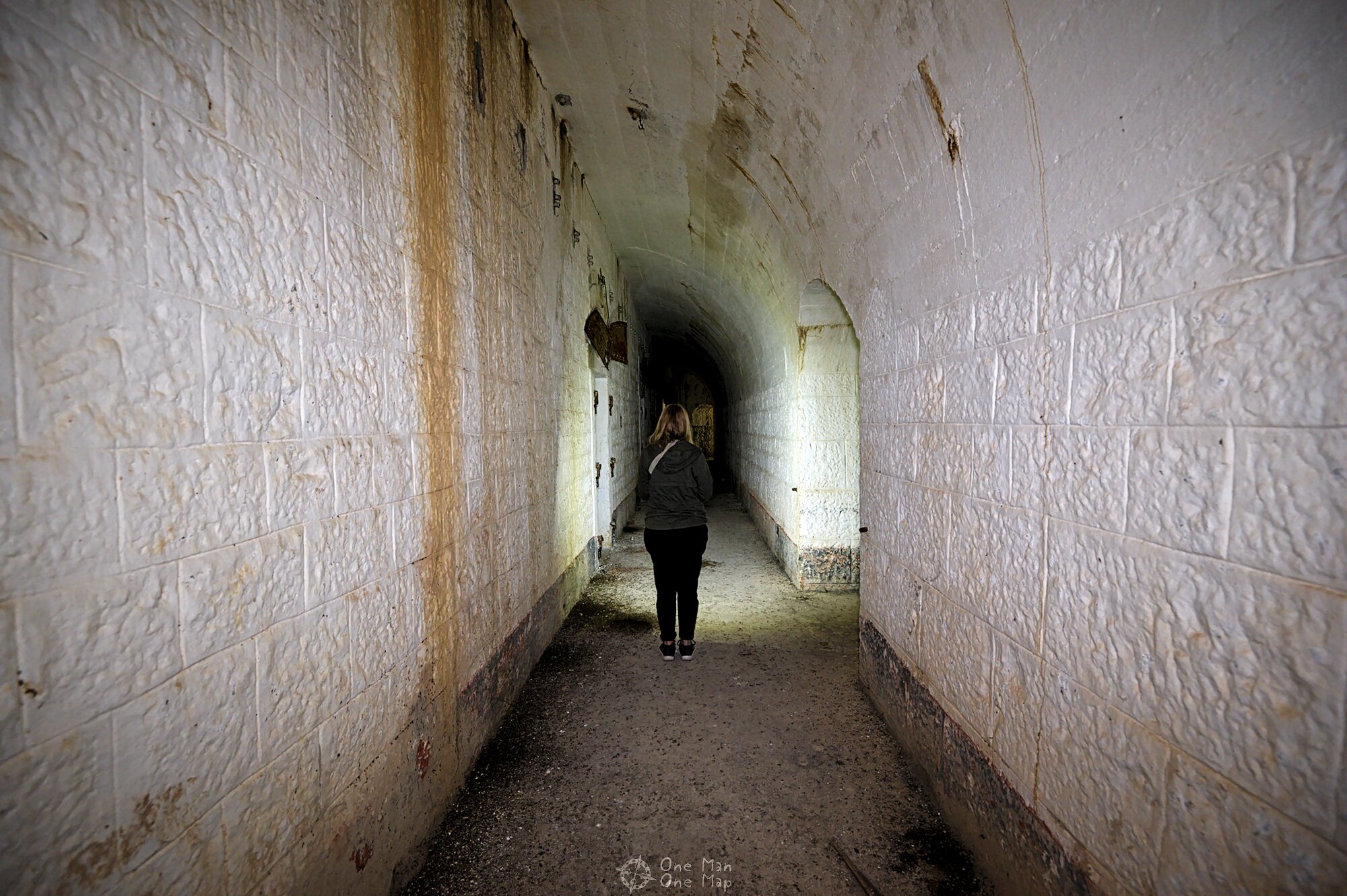 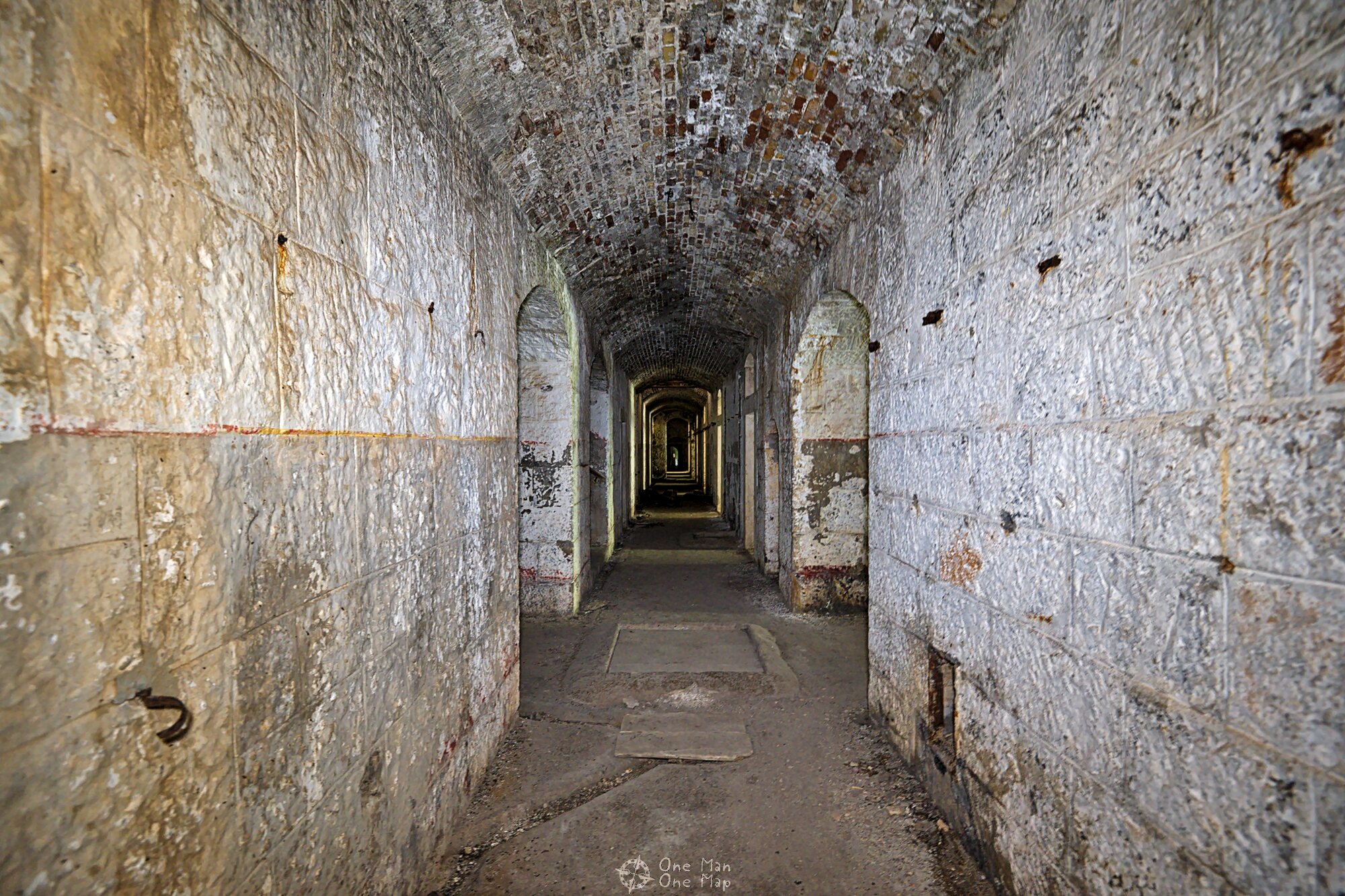 However, due to rapid technological progress, extensive adjustments had to be made just ten years later. Vrmac initially had four casemates with a Škoda 10-centimeter gun each, eight M80/85 15-centimeter mortars, four field guns on the roof, and twelve rifle mounts. But the Montenegrin Army gained access to light and medium rifled guns in 1905, against which Vermac was not sufficiently protected. 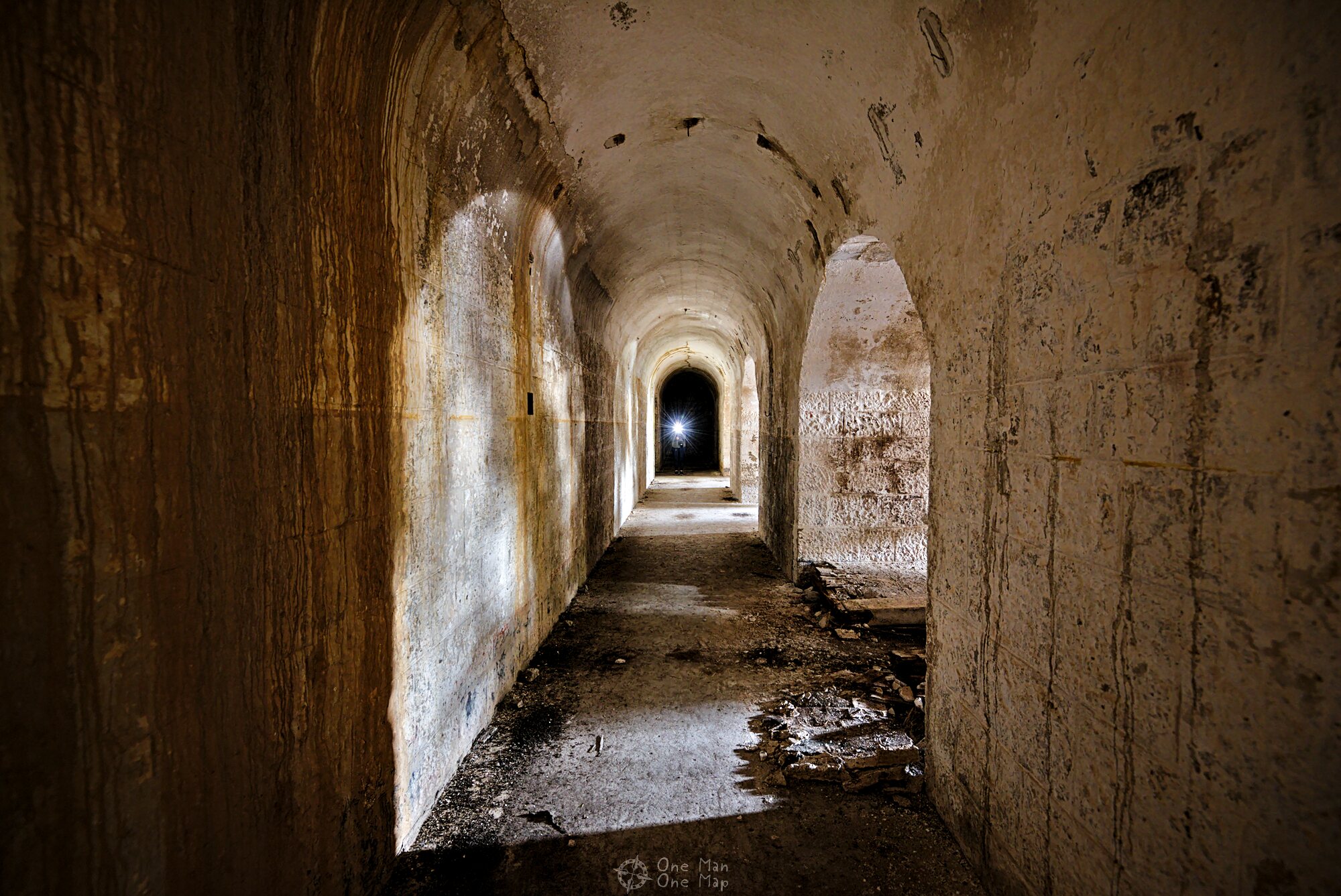 Between 1906 and 1907 the installation was therefore converted into a heavily fortified long-range gun emplacement. The ceiling was reinforced with an additional layer of concrete one and a half meters thick, and the four field guns on the roof were removed.

It is hard to imagine today, but despite these additions, the fort became technologically obsolete almost immediately again. All of Europe was arming, and the industry outdid itself with new developments every year. In 1910 mobile artillery already had much larger calibers than the fort itself. The development of bomber aircraft would only be a matter of time. A new, more modern fort at High Vrmac near the summit of Sveti Ilija was already planned but never built. 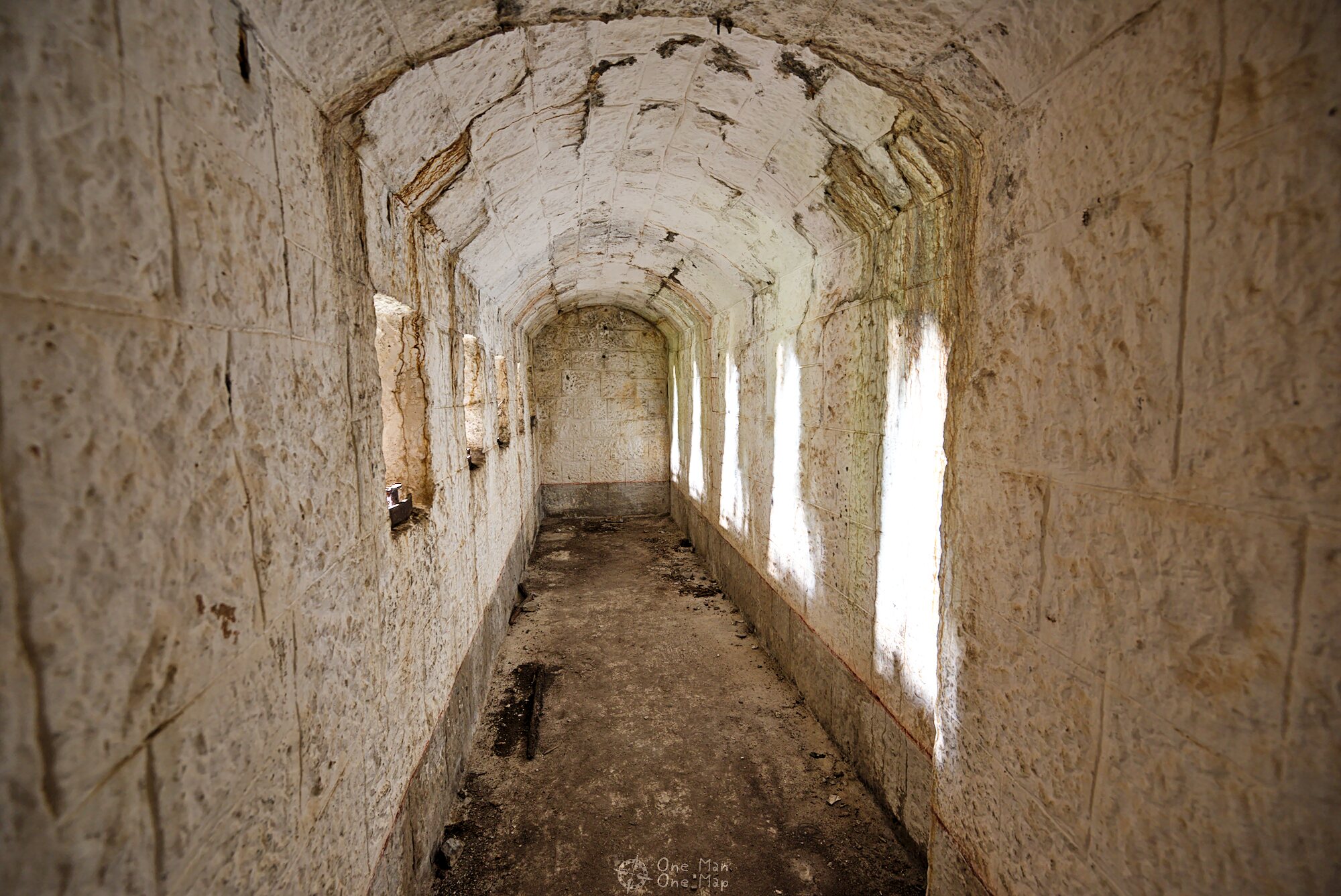 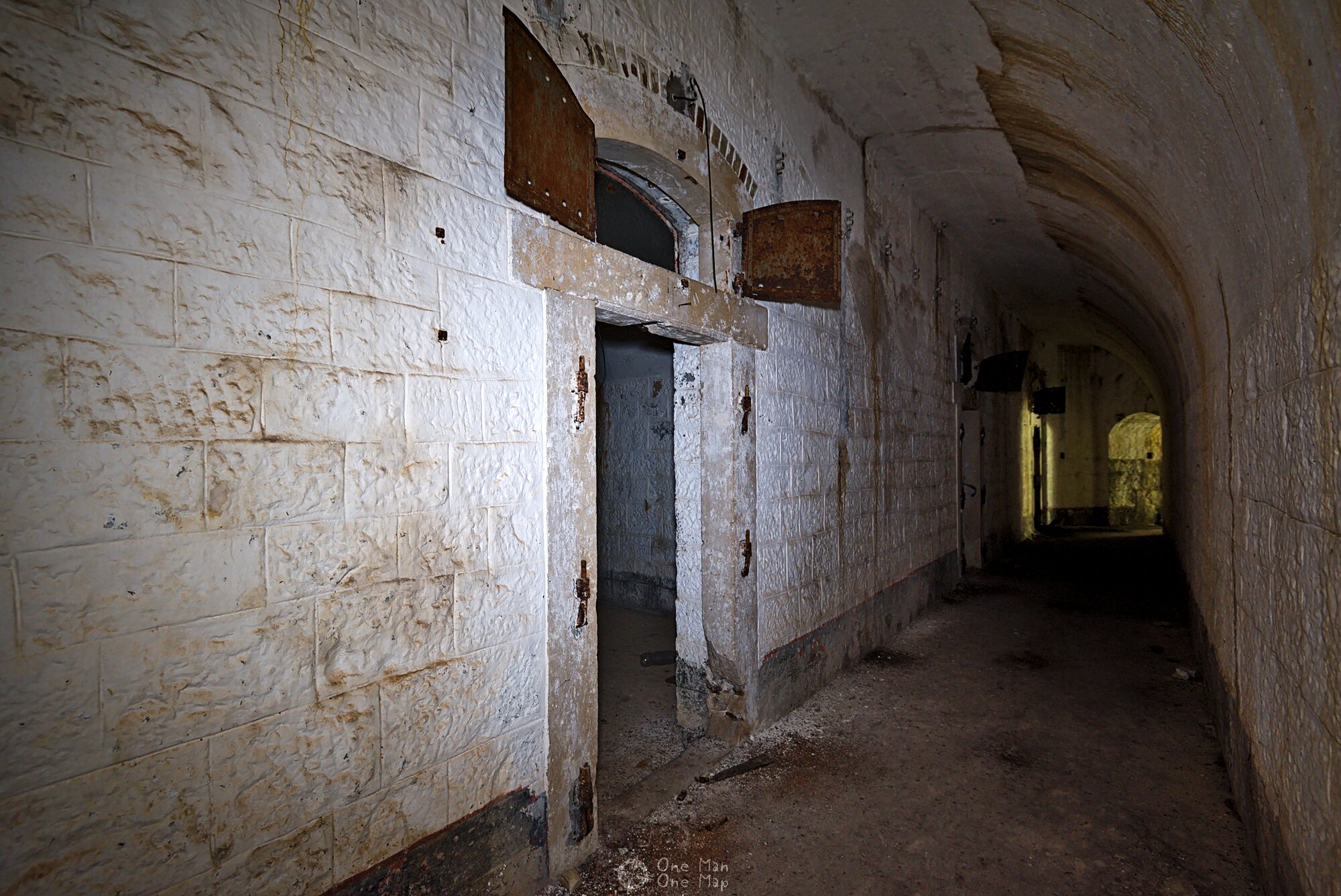 During World War I, Vrmac came under Montenegrin artillery fire and was severely damaged. Austria-Hungary restored it after the occupation of Montenegro in 1916. After that, first the armies of the Kingdom of Yugoslavia, then Italy and finally the Socialist Republic of Yugoslavia used it. 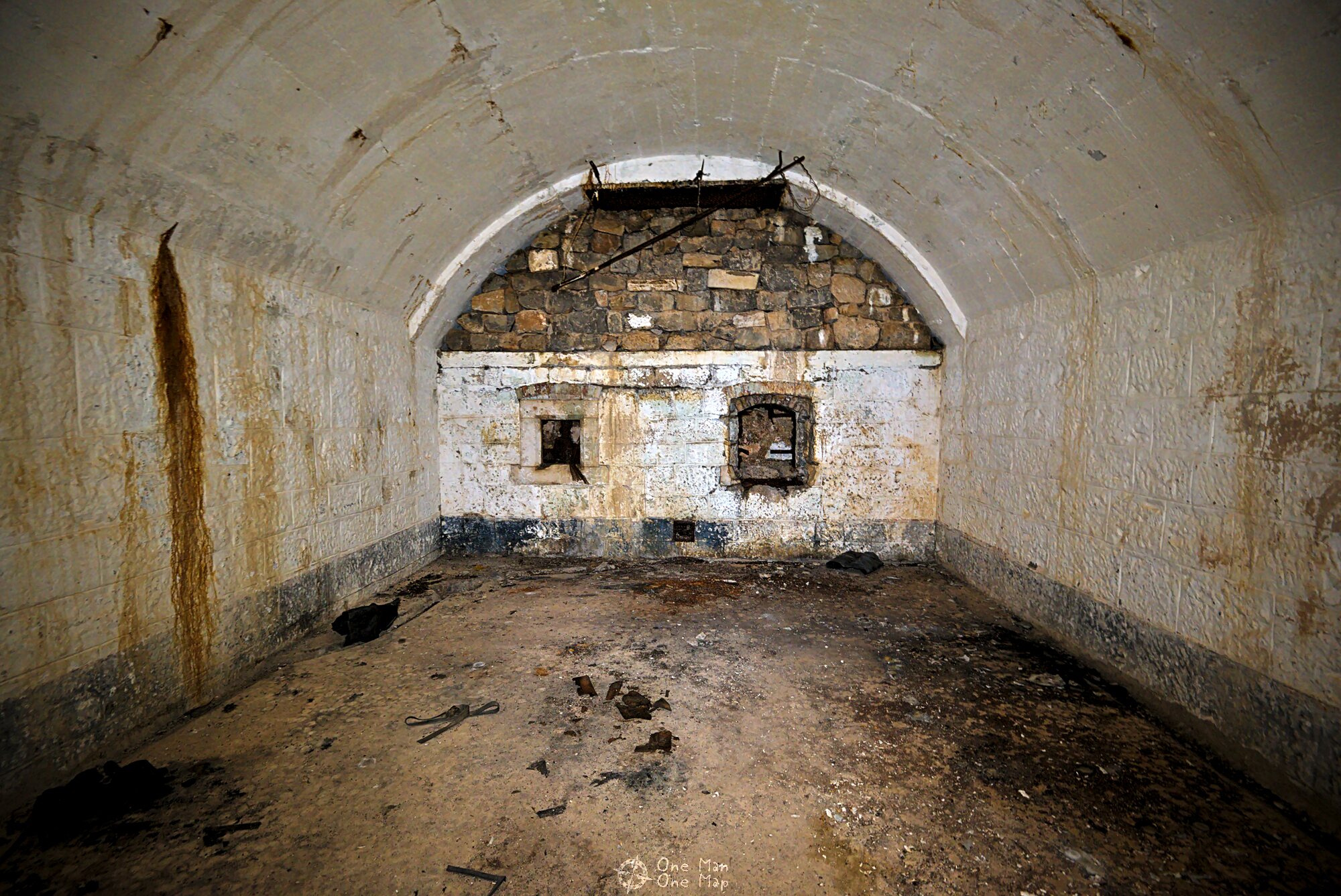 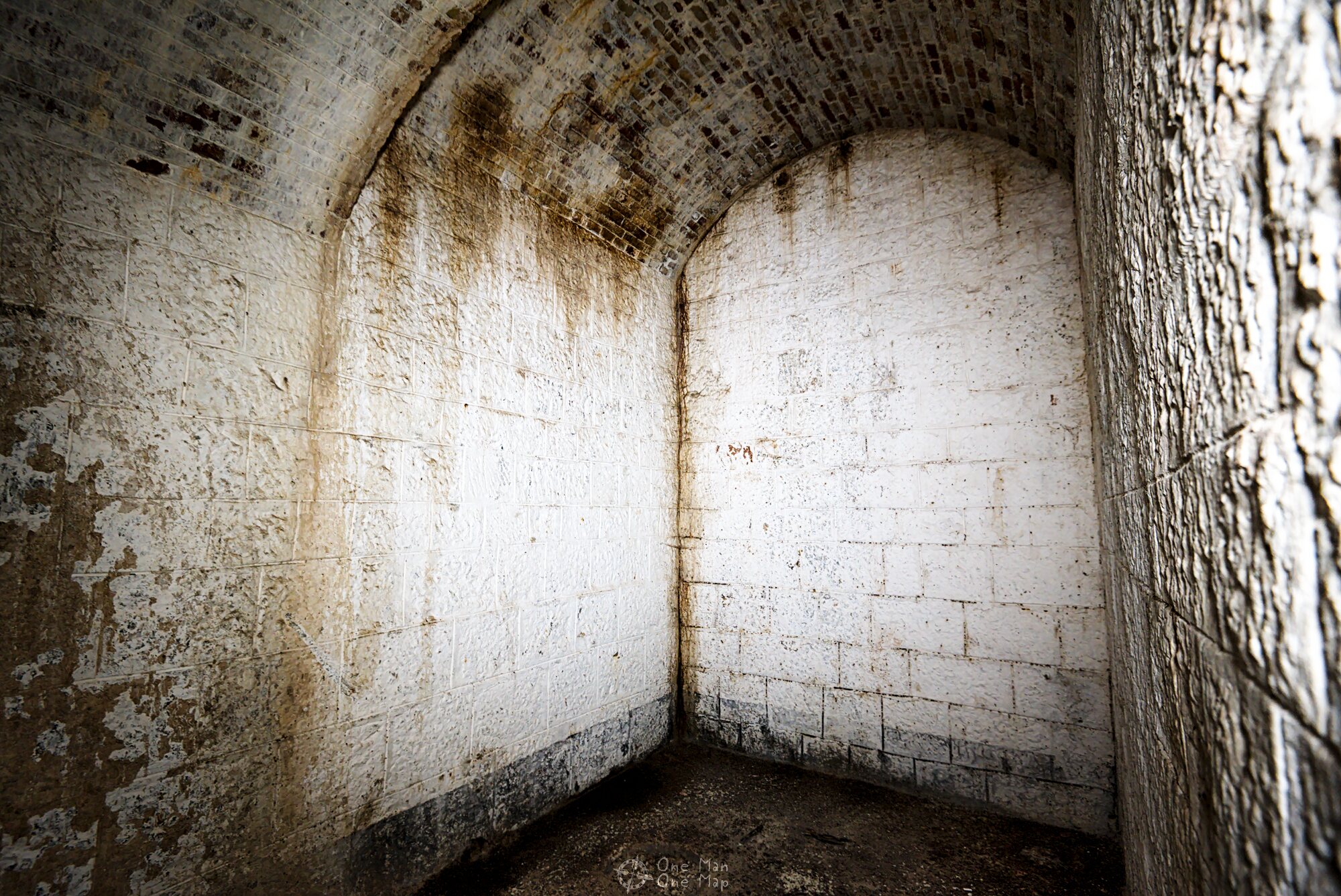 The casemate guns were located in a bunker vault protected from enemy fire. The gun barrel protruded only through a small hole to the outside. The whole installation could be rotated around this hole to the right or left, or be tilted up and down.

The variant realized at Fort Vrmac, with additional steel armor behind a thick concrete wall, was still used decades later, for example in the Ligne Maginot, the Alpine Wall or the Stalin Line. 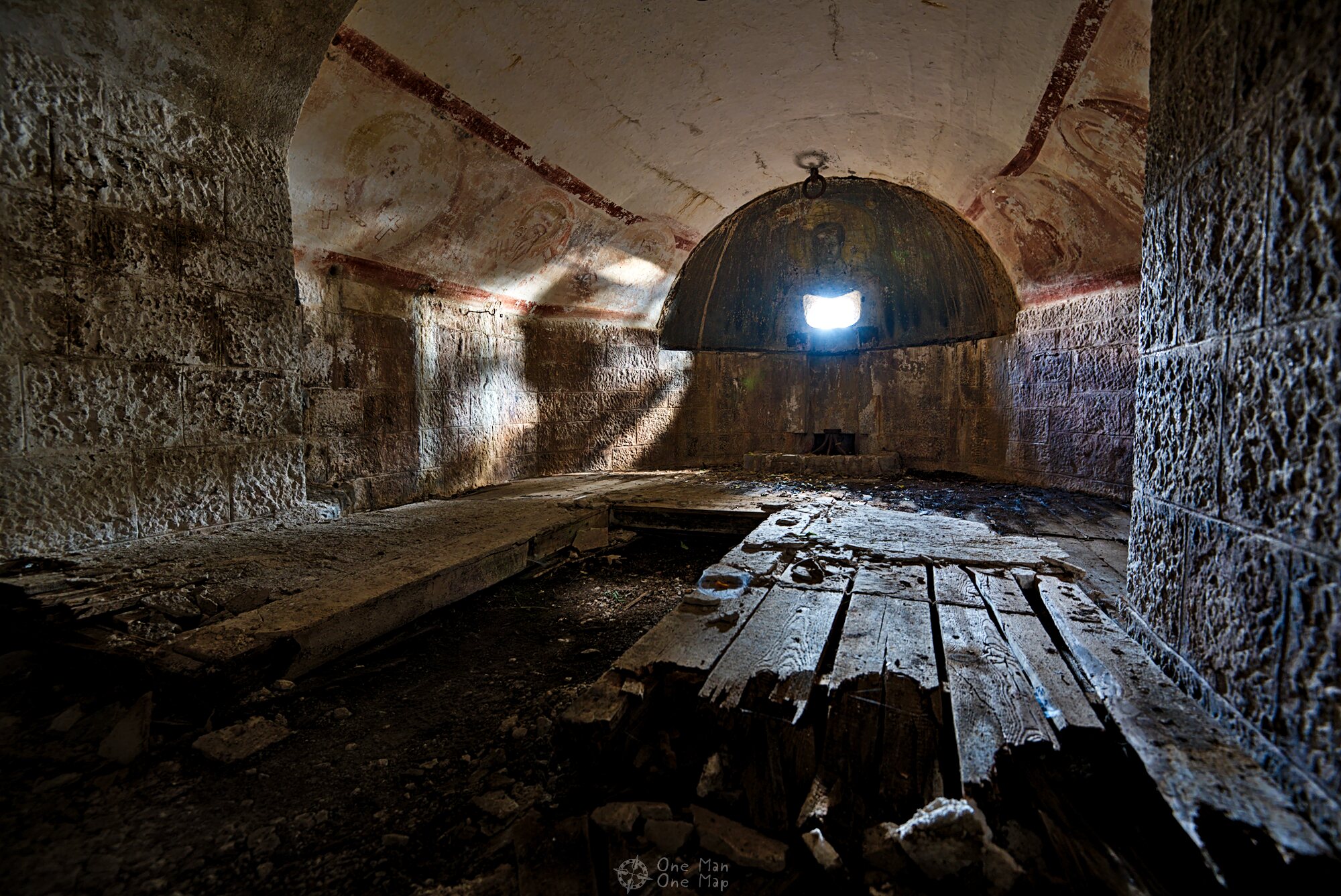 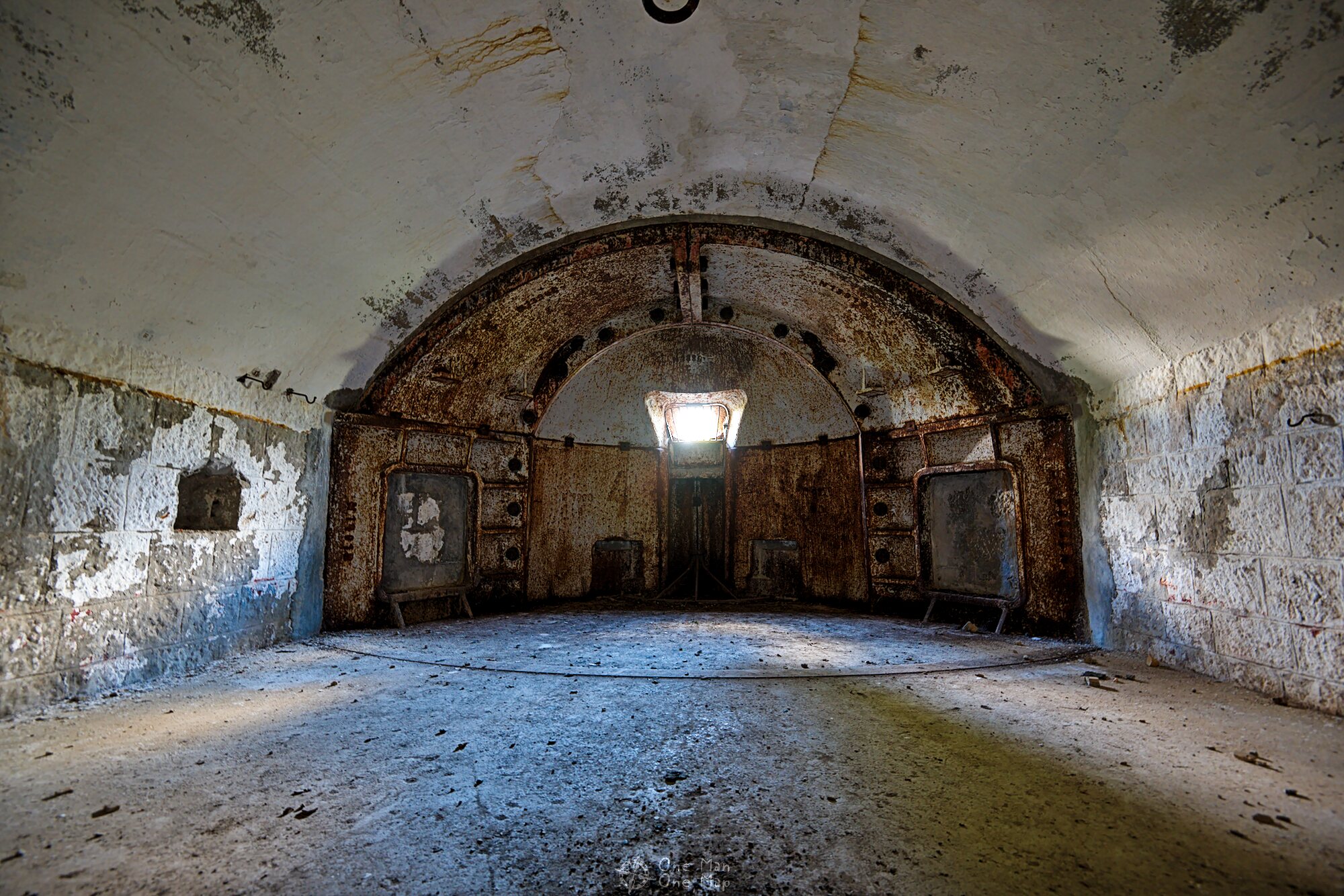 The 10-centimeter guns supplied by Škoda were state of the art when they were delivered in 1897. I couldn’t find more detailed information about the guns, but they do indeed appear to have be completely obsolete when the fort was expanded in 1906 and 1907. Škoda was working on a 30.5-centimeter mortar at the time, and in 1908 the Austrian battleship SMS Radetzky would be launched with four 30.5-centimeter guns and eight 24-centimeter guns. 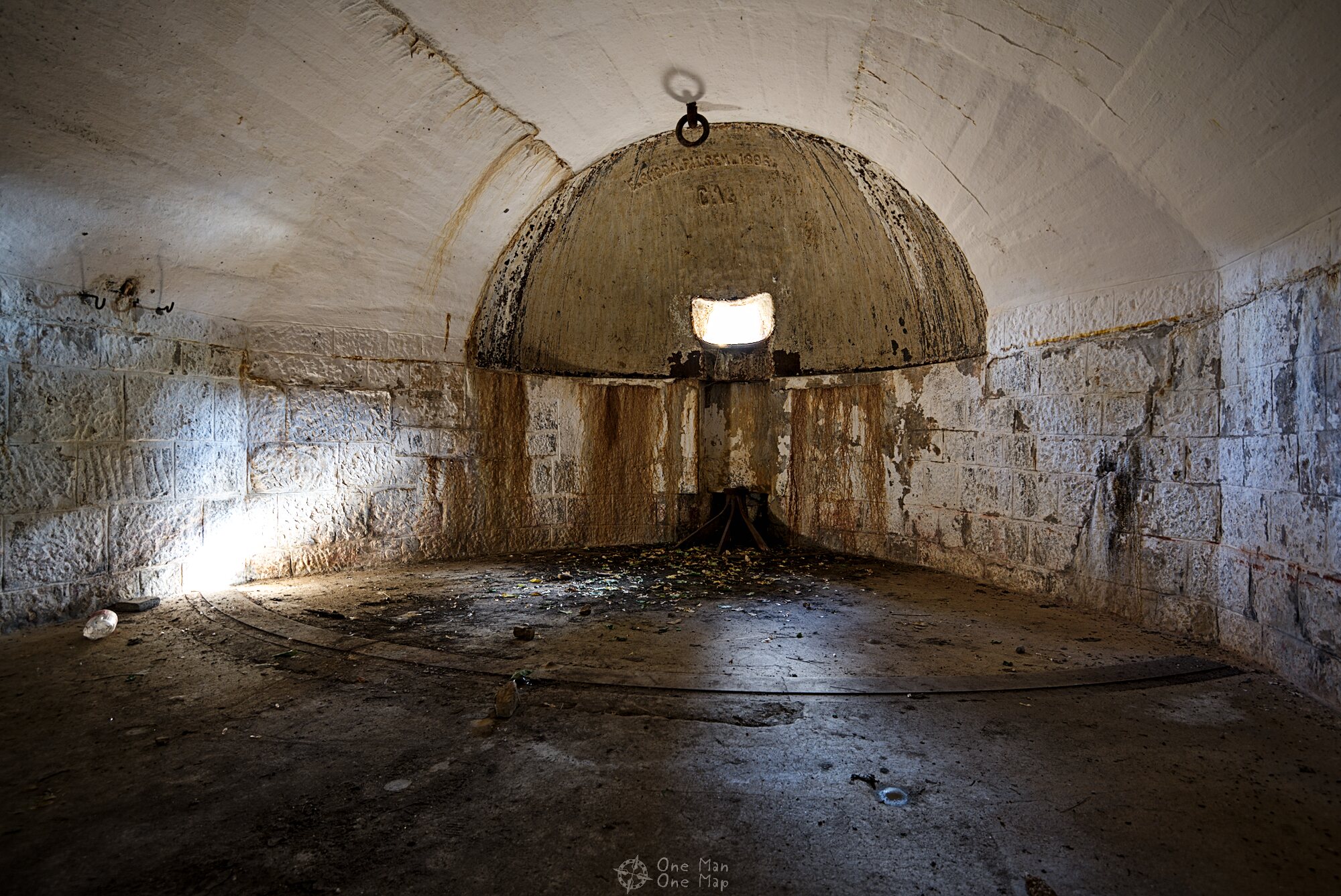 In addition to the four gun emplacements, there were also eight mortar emplacements (Škoda M80/85) with a 15-centimeter caliber. The mortars had a range of 3 to 4 kilometers and thus covered Cattaro, the flanks of the Vrmac mountain range around the fort itself, parts of the Župa plain, and parts of the mountains towards the Krstac mountain saddle. 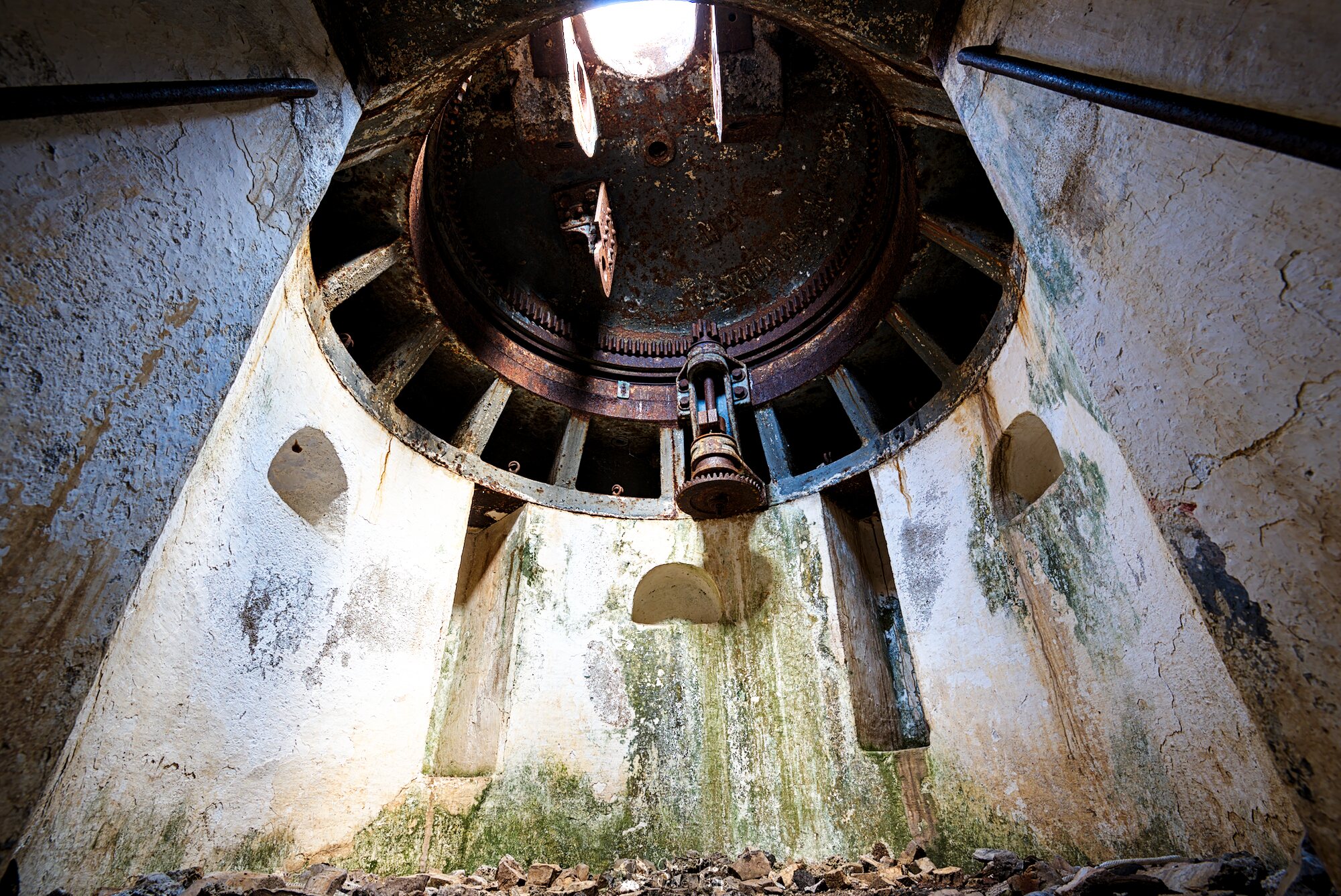 The M80/M85 mortars were actually intended for field use on wheels. For installation in fortifications, new armored domes had to be developed first, and the overall combination was then referred to as a “mortar-tank mount”. The heavy domes could only be turned by means of a crank, a gear rim and a small gearbox. 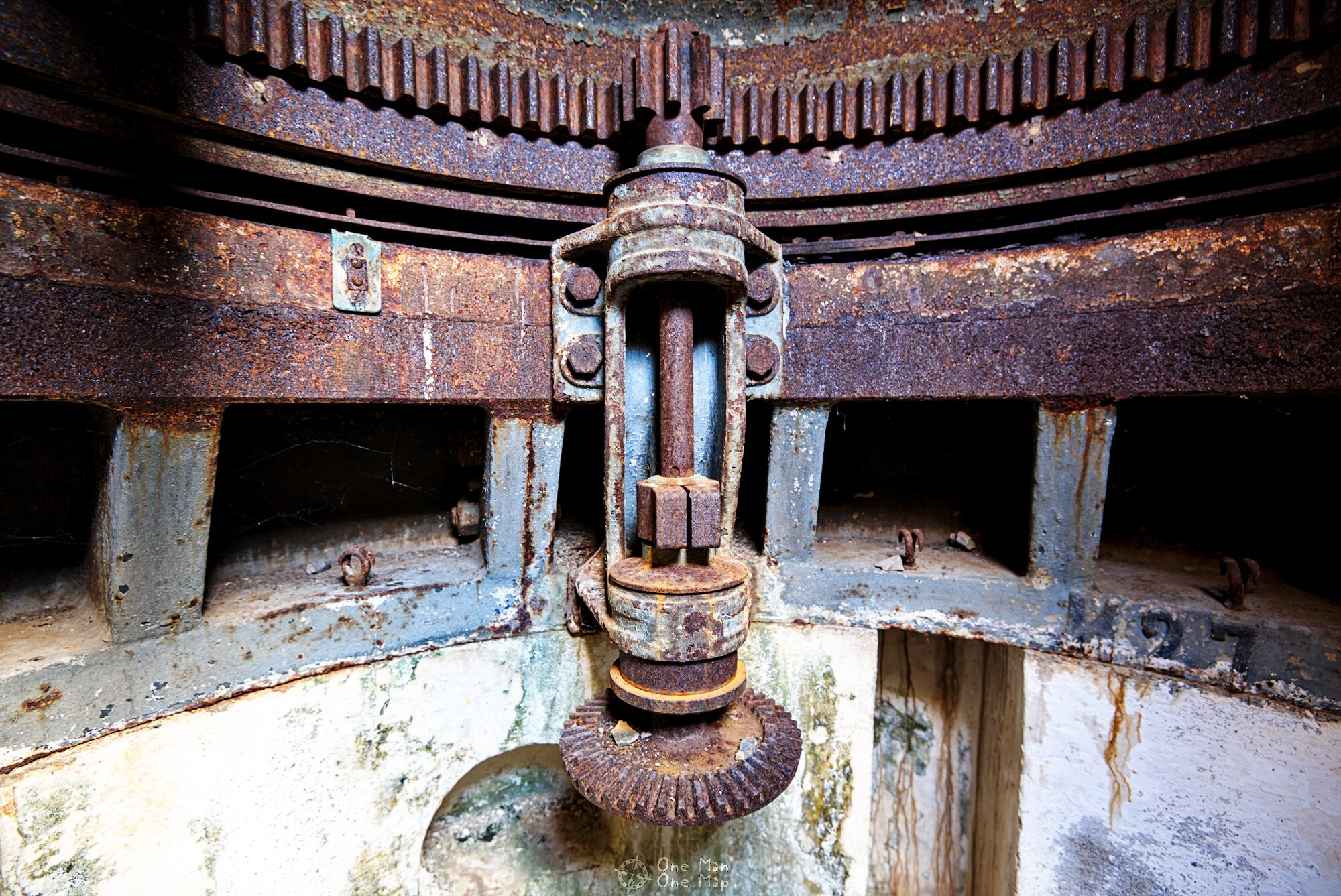 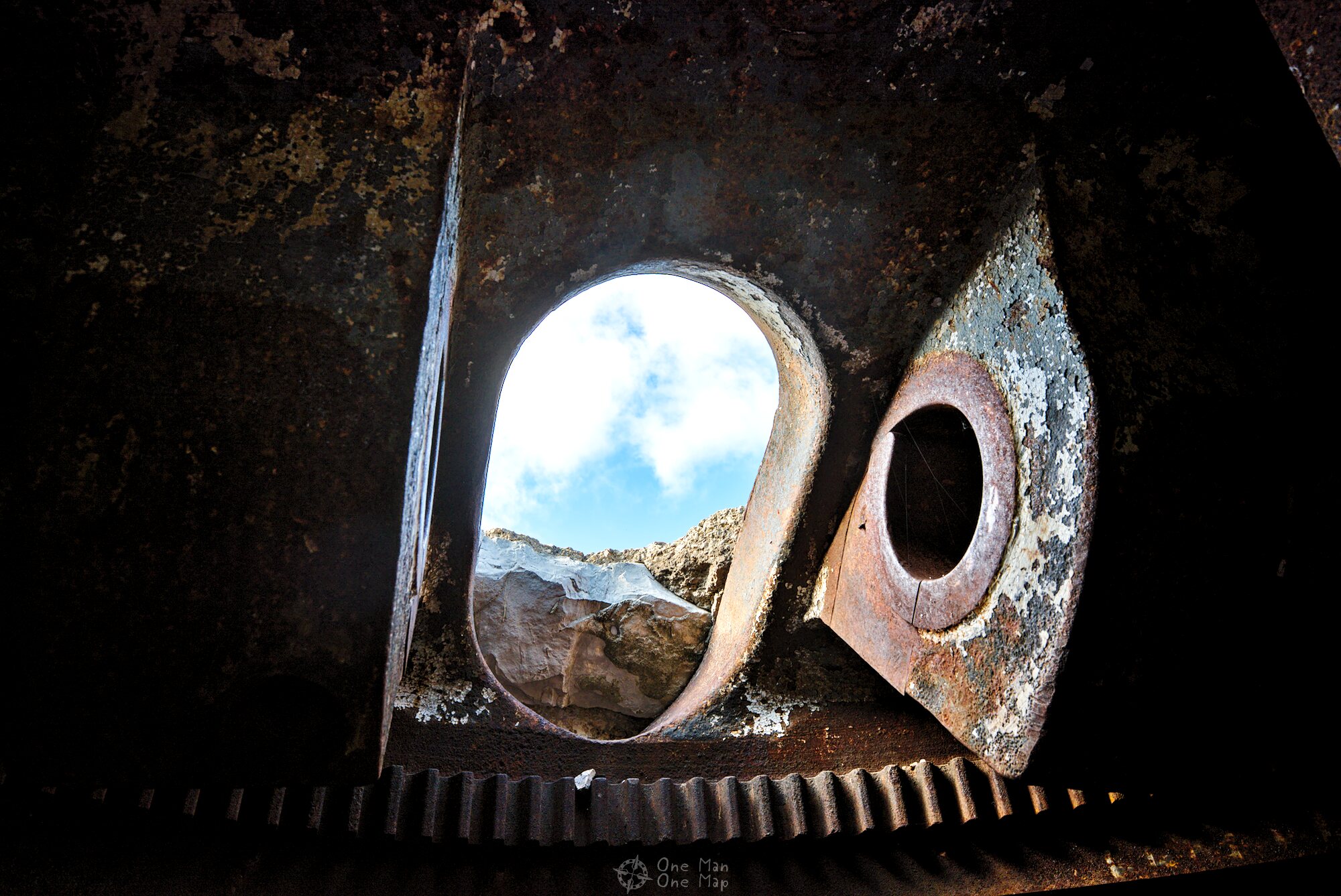 In addition to the mortar domes, there were also domes with rifle mounts for close-range defense. 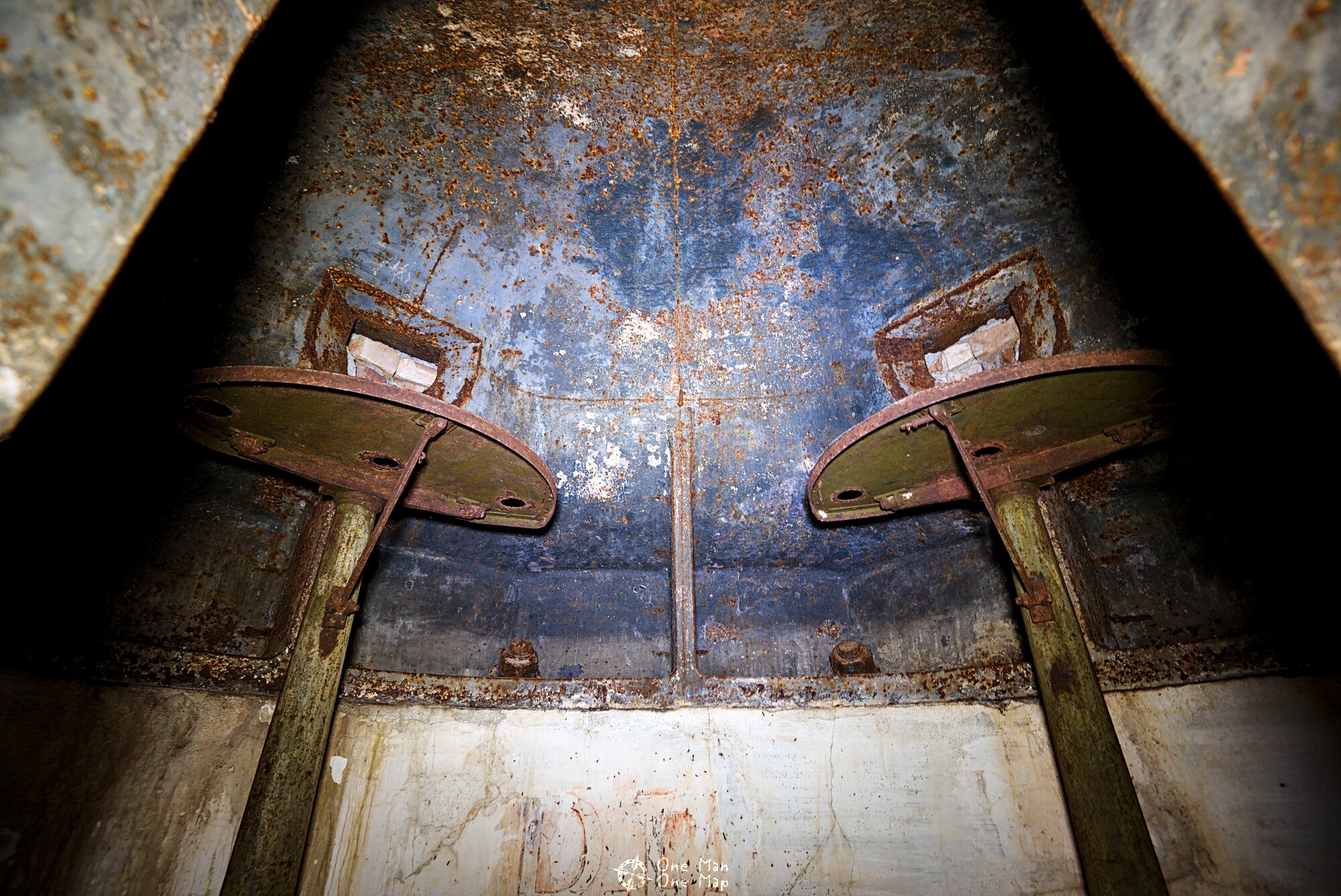 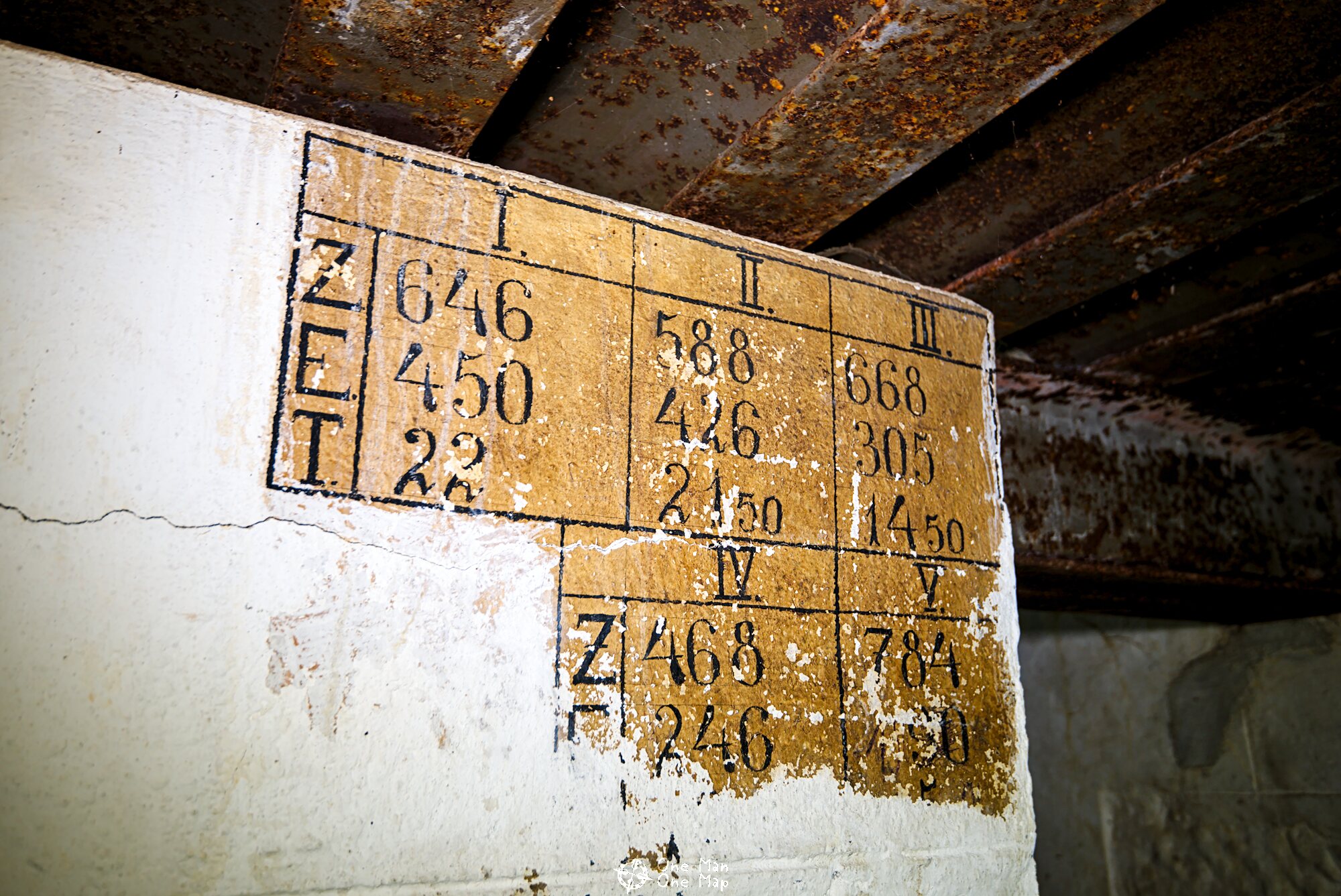 Ammunition was supplied by means of two elevators. In addition, there was an elevator hook in case a whole gun had to be installed or removed. 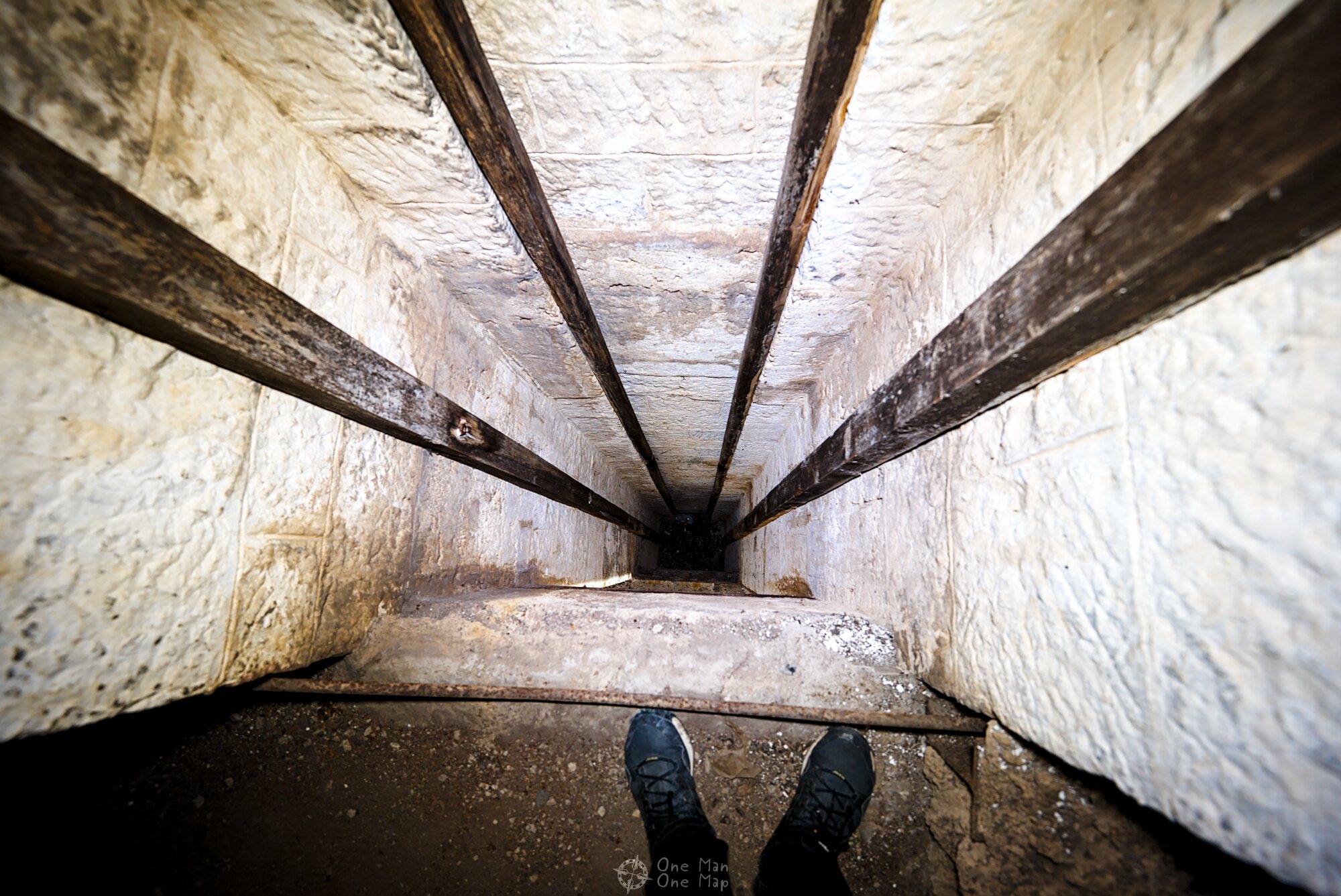 The full wartime complement consisted of five officers and 177 soldiers. Although the living quarters were spread over the first floor and the second floor, and Vrmac is certainly not a small fort, things must have been very crowded and noisy here in case of actual battle. After all, the big guns were usually more or less right next door. 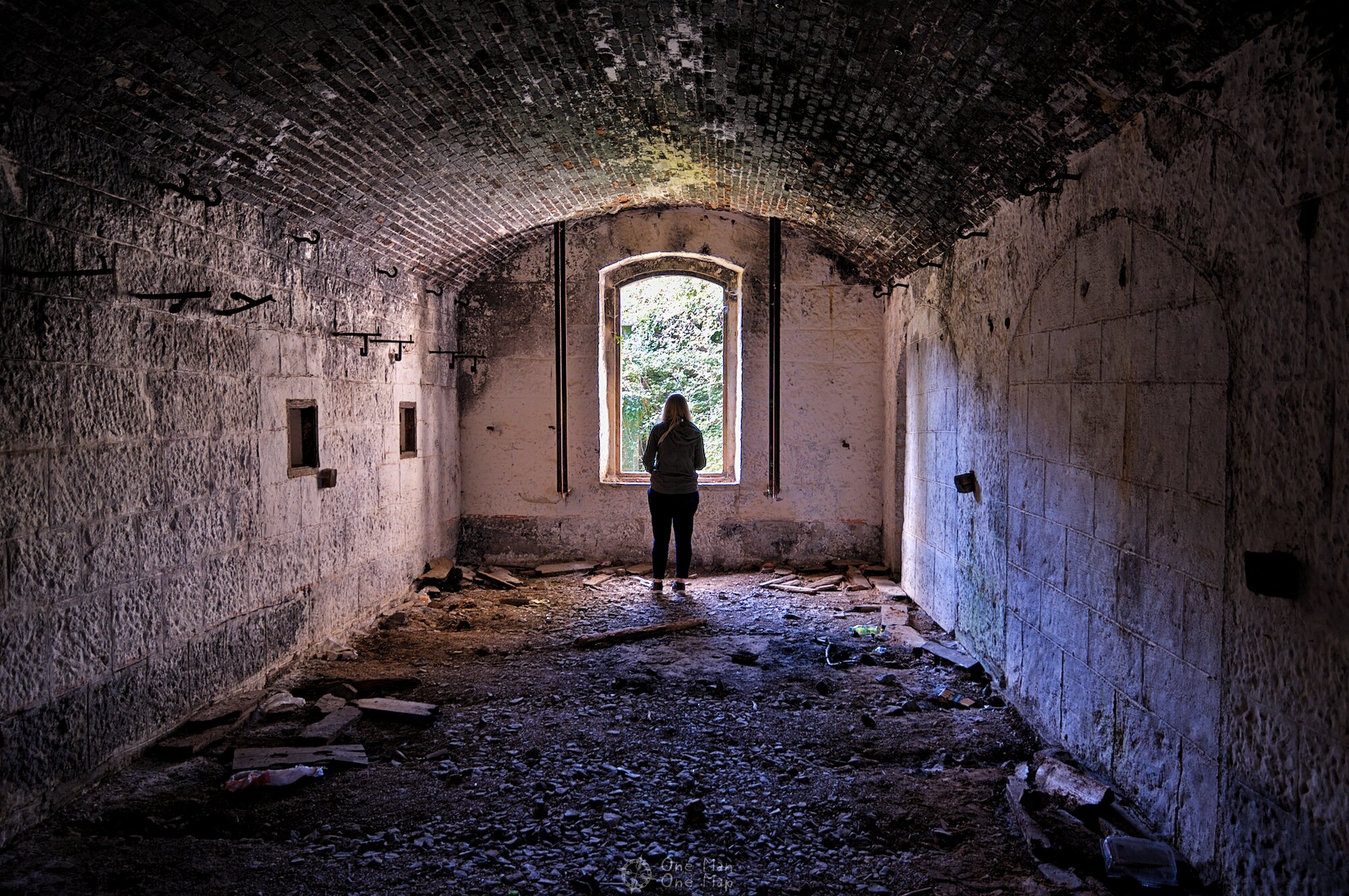 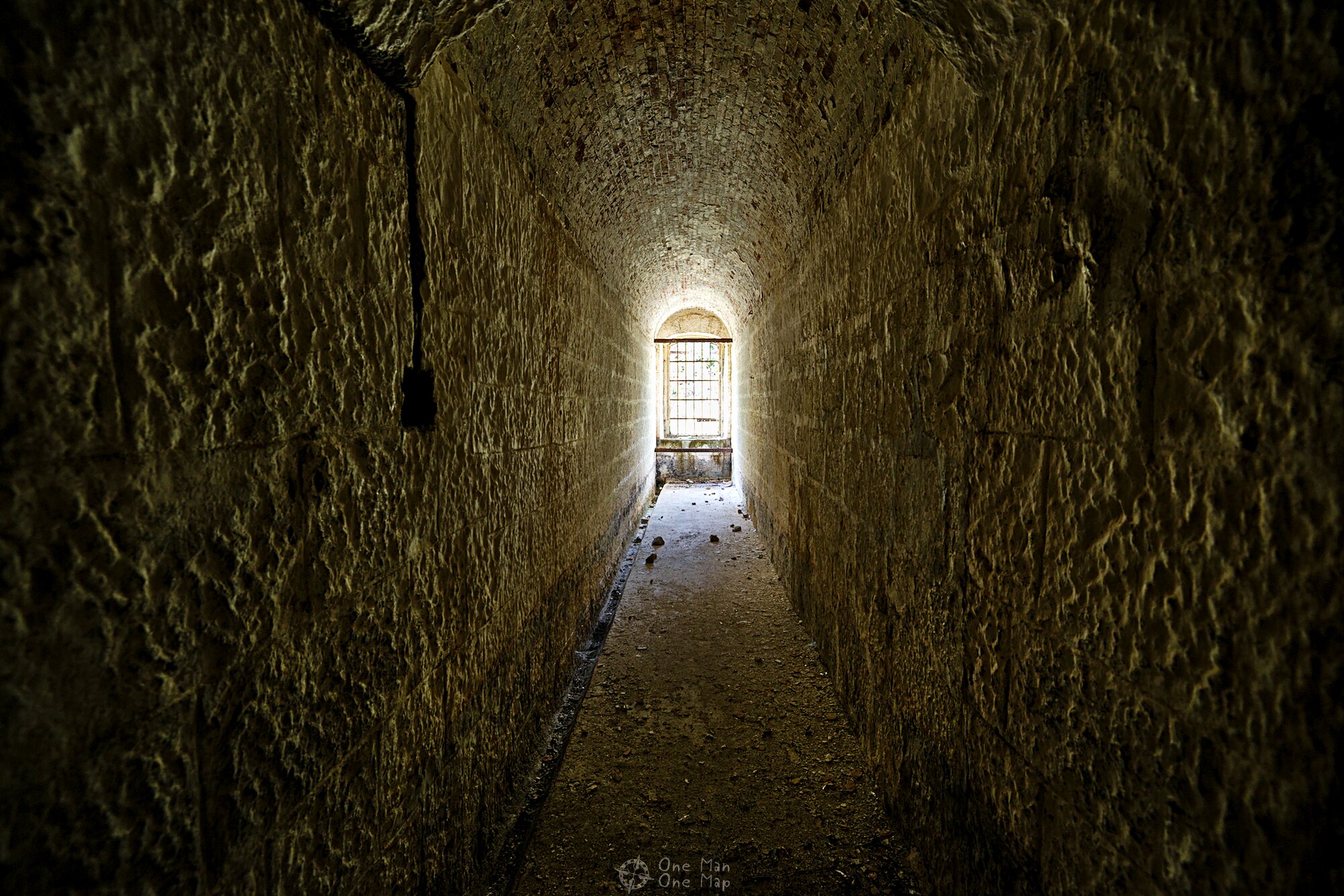 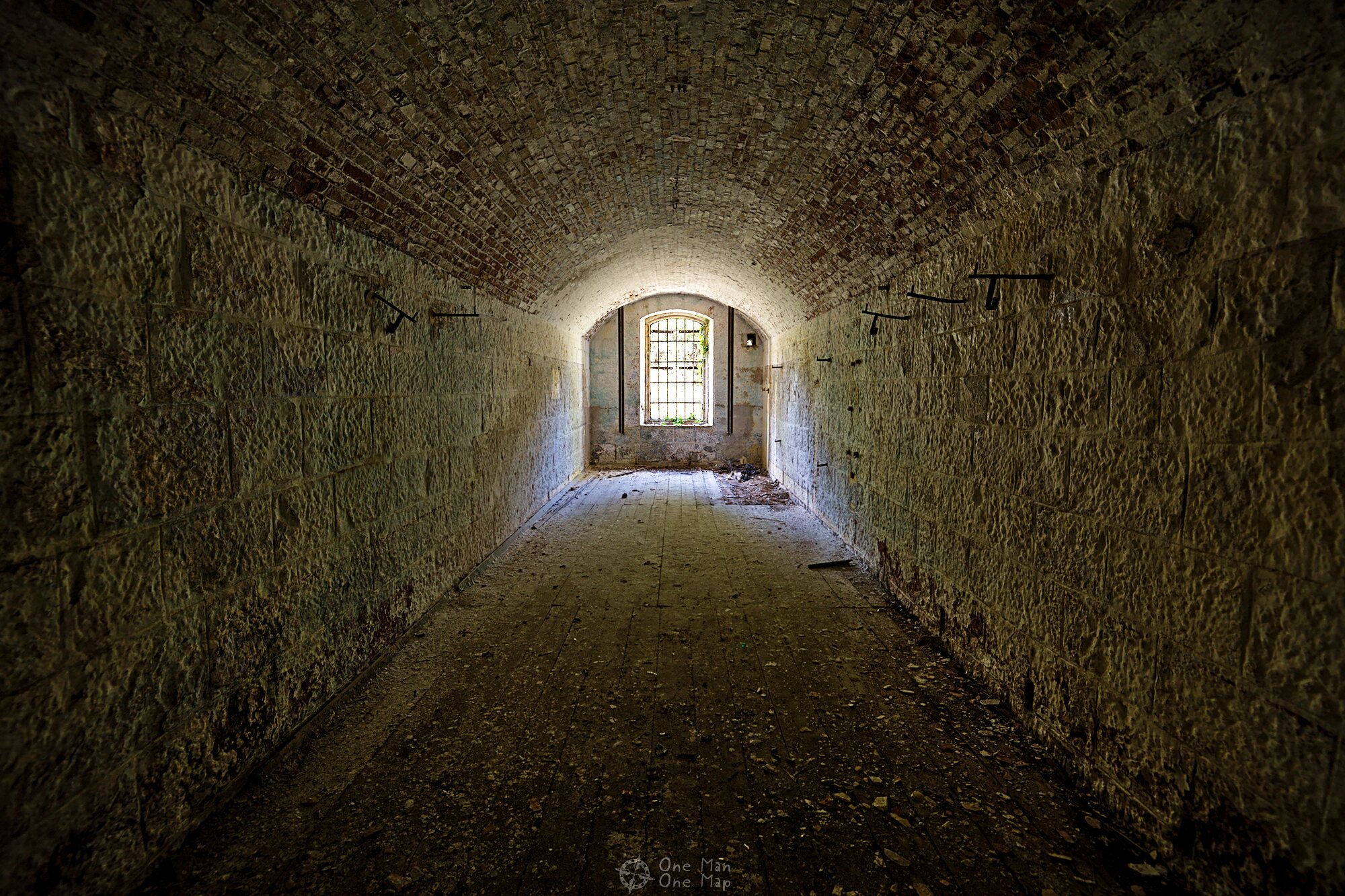 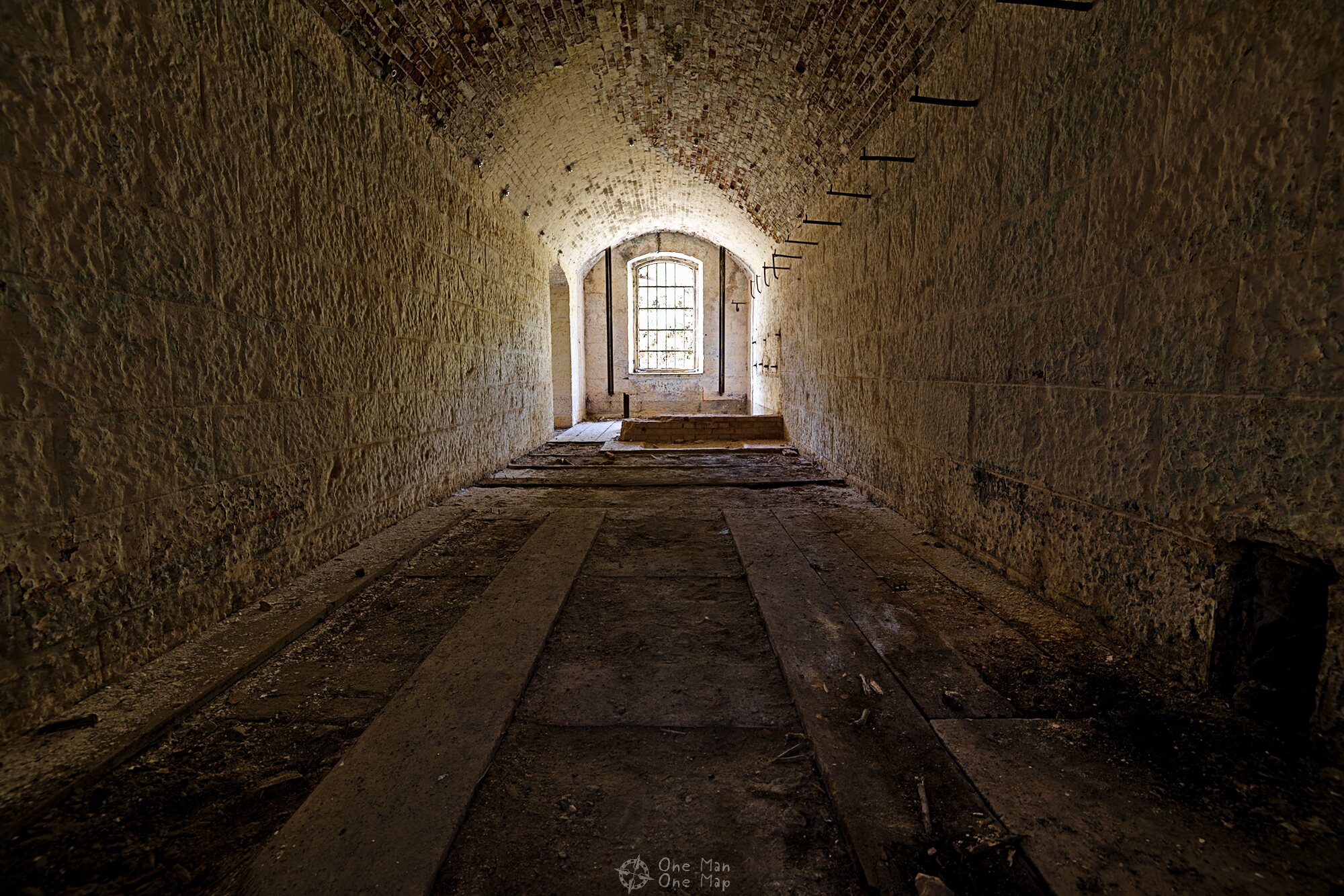 The worst must have been the “bathrooms”, though. Walls and floors made of bare stone, with only wooden shutters in front of the windows (glass would have injured the soldiers in case of an attack). There was probably at least a small fire crackling in the corner while you talked to your fellow soldiers on the stone latrine, but… horrible! 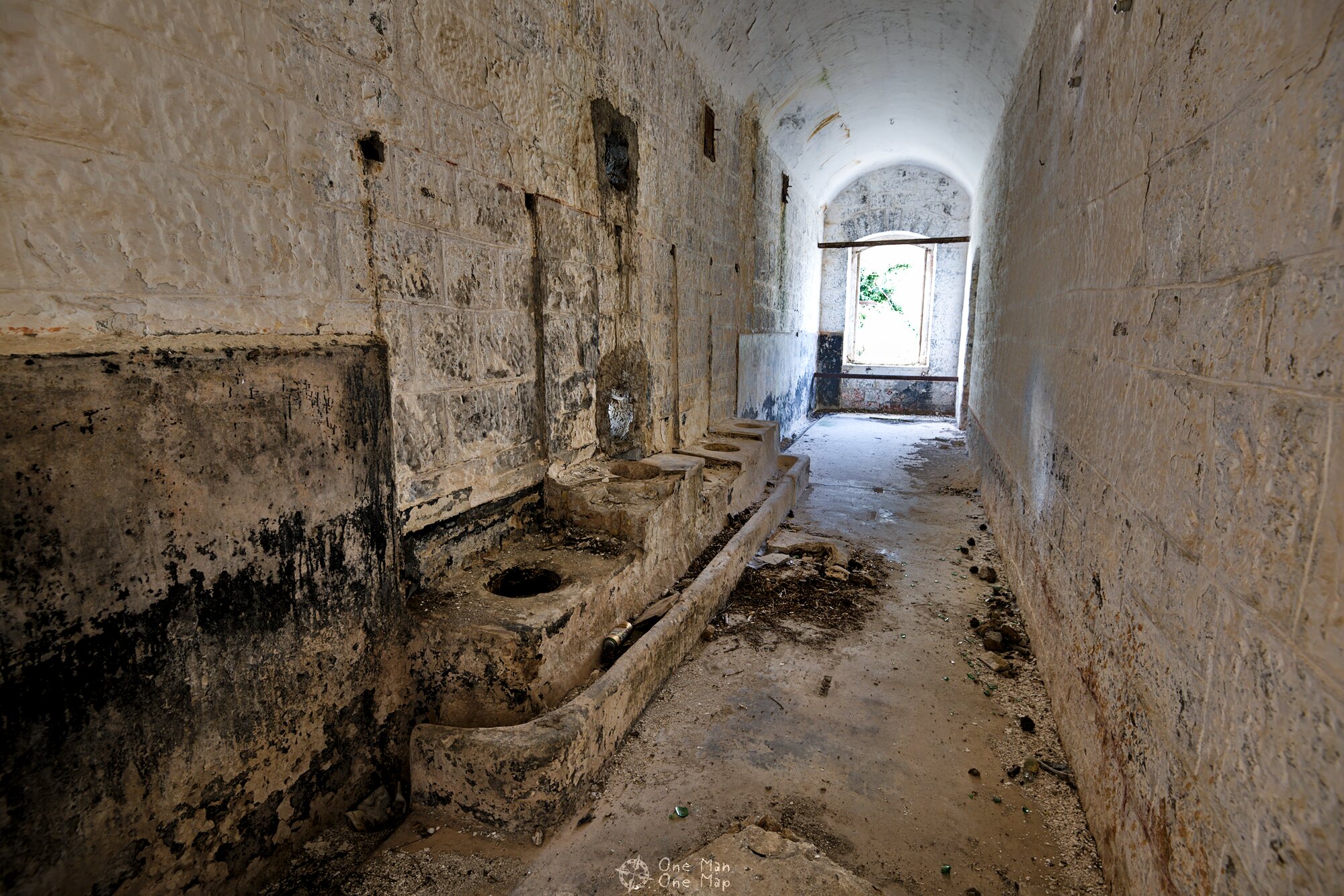 Conclusion: Fort Vrmac is certainly one of the best preserved Austro-Hungarian fortifications. The last 120 years seem to have passed by almost without a trace. It makes a good stopover on a hike from Kotor to the top of Sveti Ilja. More Lost Places can be found in the corresponding category 🙂