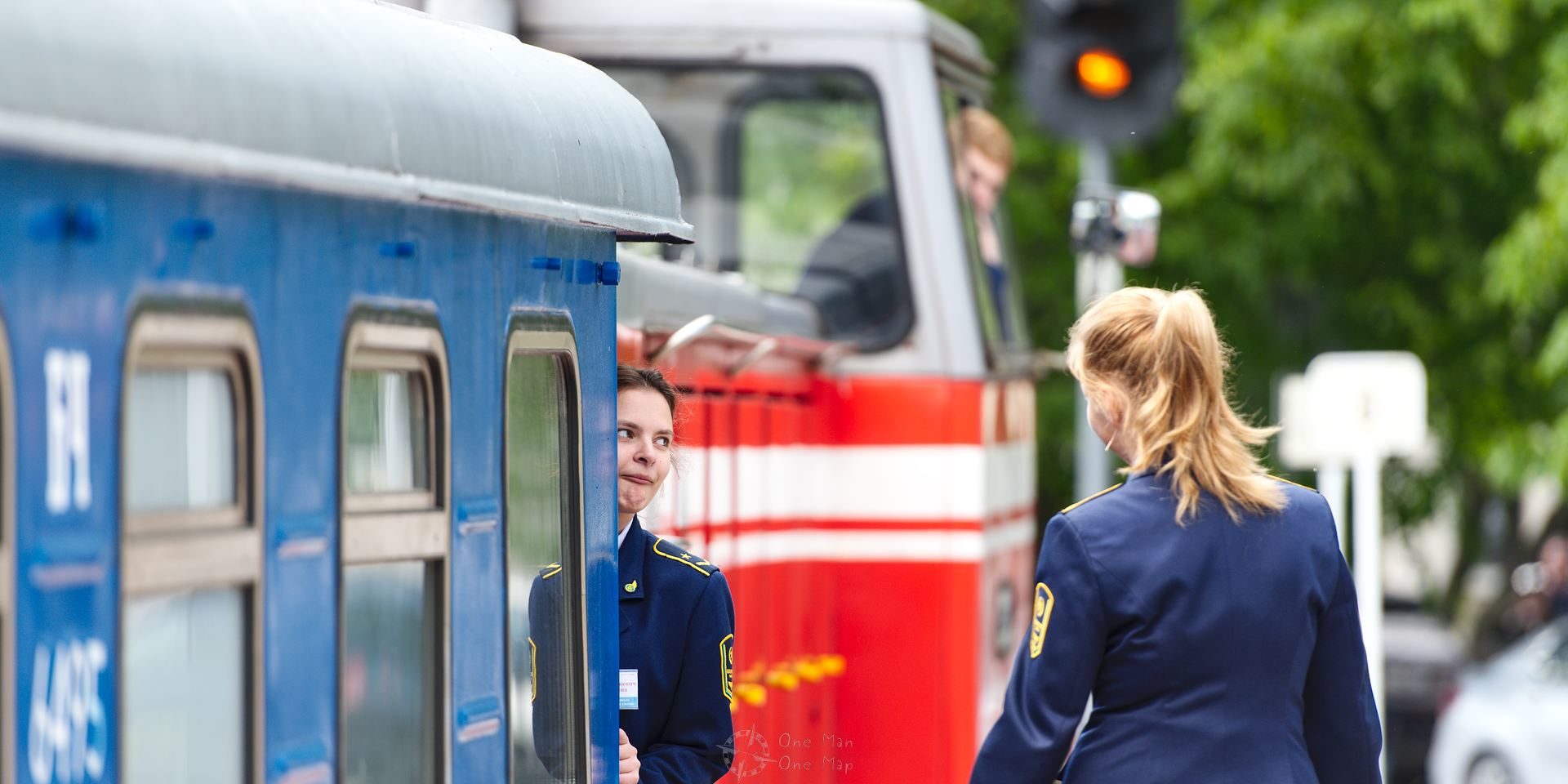 The most important pillar of the Communist Workers And Peasants Society was its workers and peasants. Every citizen was supposed to lead a righteous life and take early responsibility for society. The so-called Komsomol (Комсомол, English All-Union Leninist Young Communist League) and its subsidiary and sister organizations were responsible fo the corresponding ideological education starting from an early age.

Those who proved their worth in the Komsomol later likely ended up in the higher ranks in the party, the industry or the education sector. Through work assignments and various other activities, reliability, commitment and leadership skills were to be consciously promoted. And how could one train these three qualities better than by letting children operate a railway line?

Wait a moment. Did I just write “Children operate a railway line”? 😯

That’s exactly how it was. Starting in 1932, narrow gauge railway lines were built throughout the Soviet Union and operated by children and adolescents. Operating the switches and signals, handling the trains, selling and checking the tickets, and even driving the steam or diesel locomotives – all of this was done by students under the age of 18. A few adults oversaw the operation. Most of the railways were built in parks to make sure there were enough passengers to sustain the operation. Working at the Children’s Railroad was supposed to prepare the children for a career in the real railroad and was often counted towards school achievements. 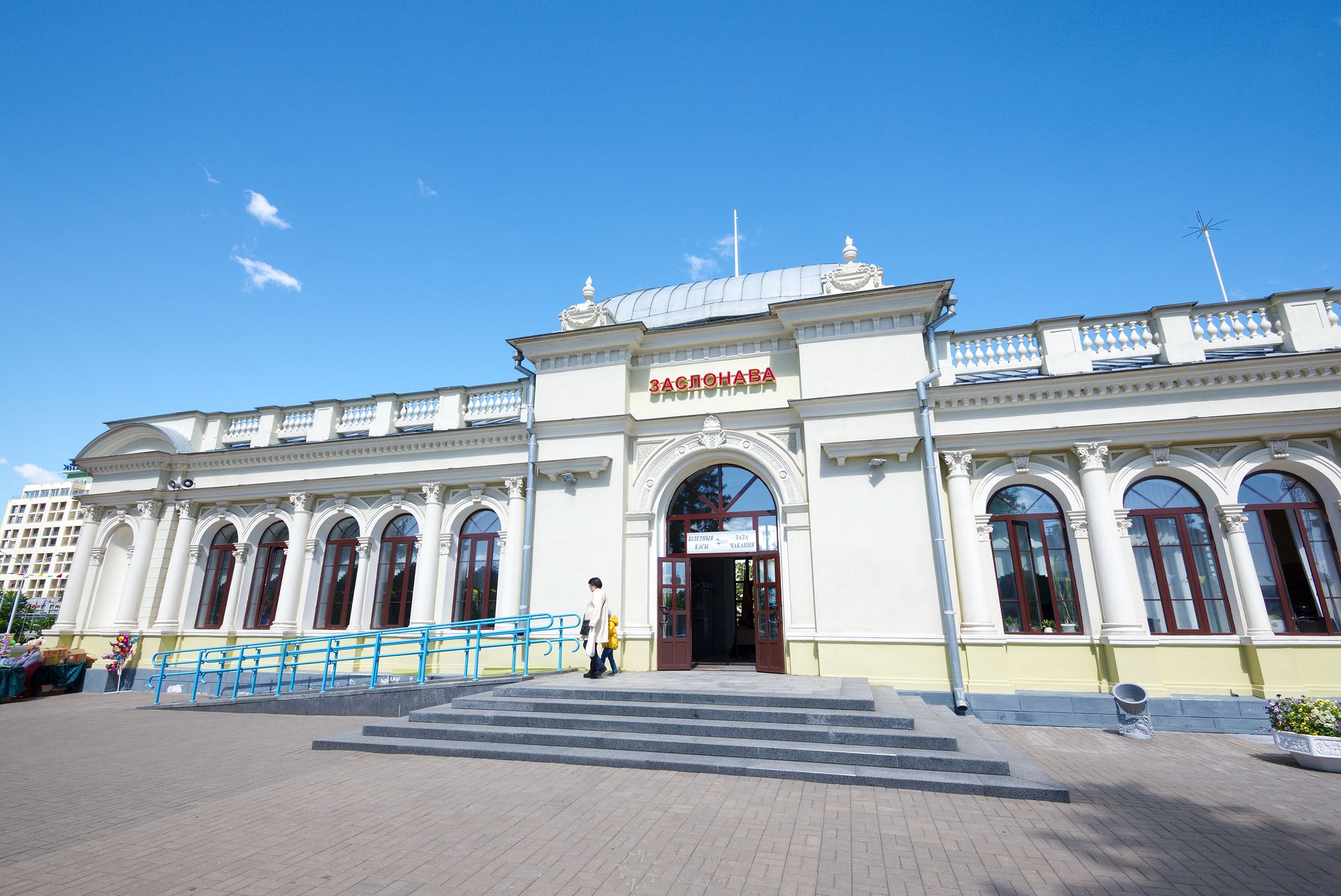 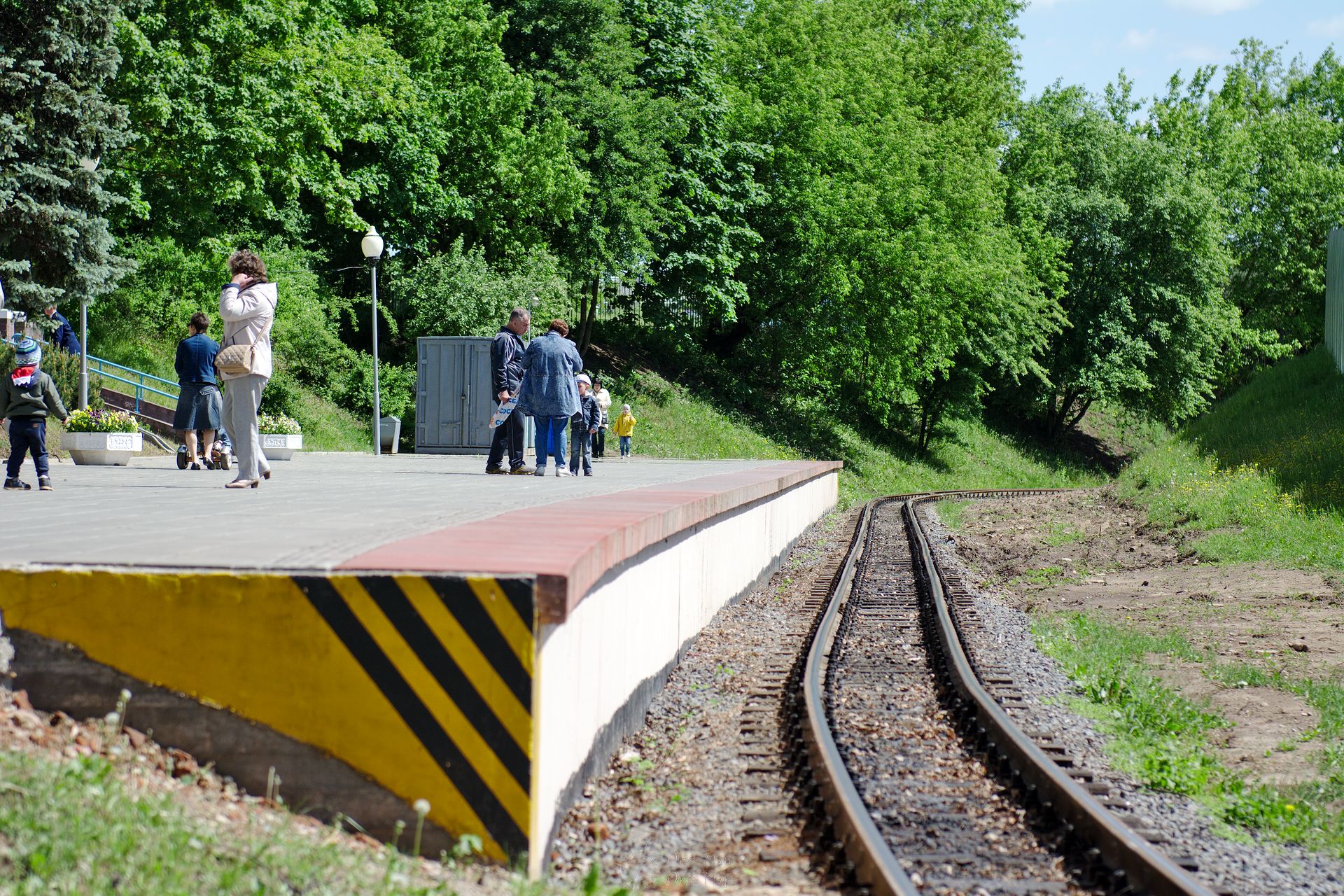 Of the more than 50 pioneer or children’s railways, only a few still exist today, including one in Budapest and Minsk each. The rest, for example the 16 pioneer railways built in the GDR, have been dismantled or converted into normal park railways. Zaslonov Children’s Railroad (К.С.Заслонова Дзицячая чыгунка) in Minsk still rides on its original, exactly 3.79 kilometer long circuit from Zaslonovo Station near the Moskovskaya (Маскоўская) metro station via Pionerskaja (Пионерская) station to Sosnowyj Bor (Сосновый Бор) in a forest and back.

There are train numbers and timetables, the departure times are abided to meticulously. The timetable varies depending on the seasons, in some months the Children’s railroad operates only on weekends while in others it runs on several days of the week. The total journey time is 35 minutes. In order to be able to handle timetables with departures every 22 minutes in times of high operating volume, a second train is available. Both sets are easily distinguishable: one of the diesel locomotive was painted red, the other dark blue. 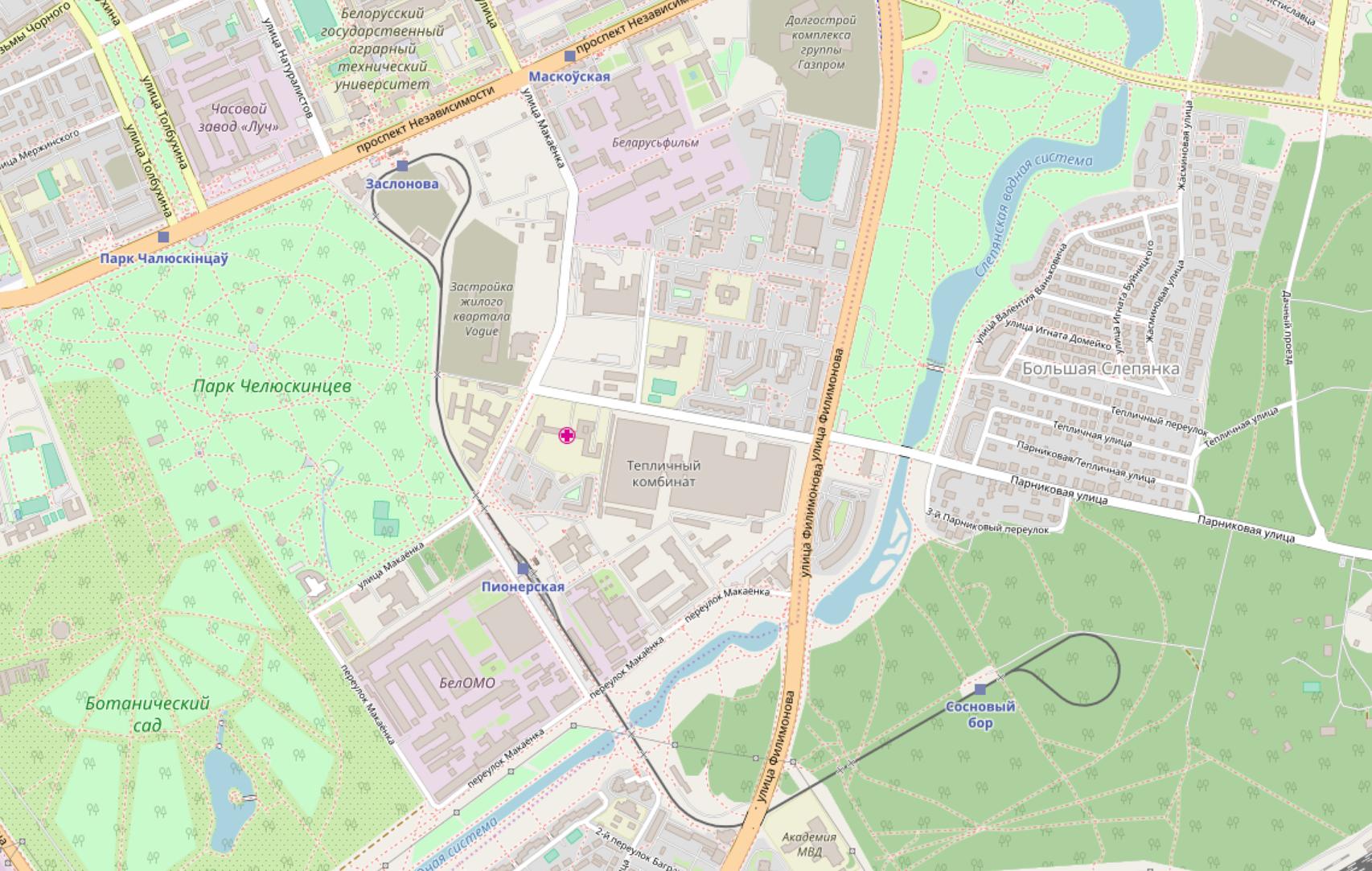 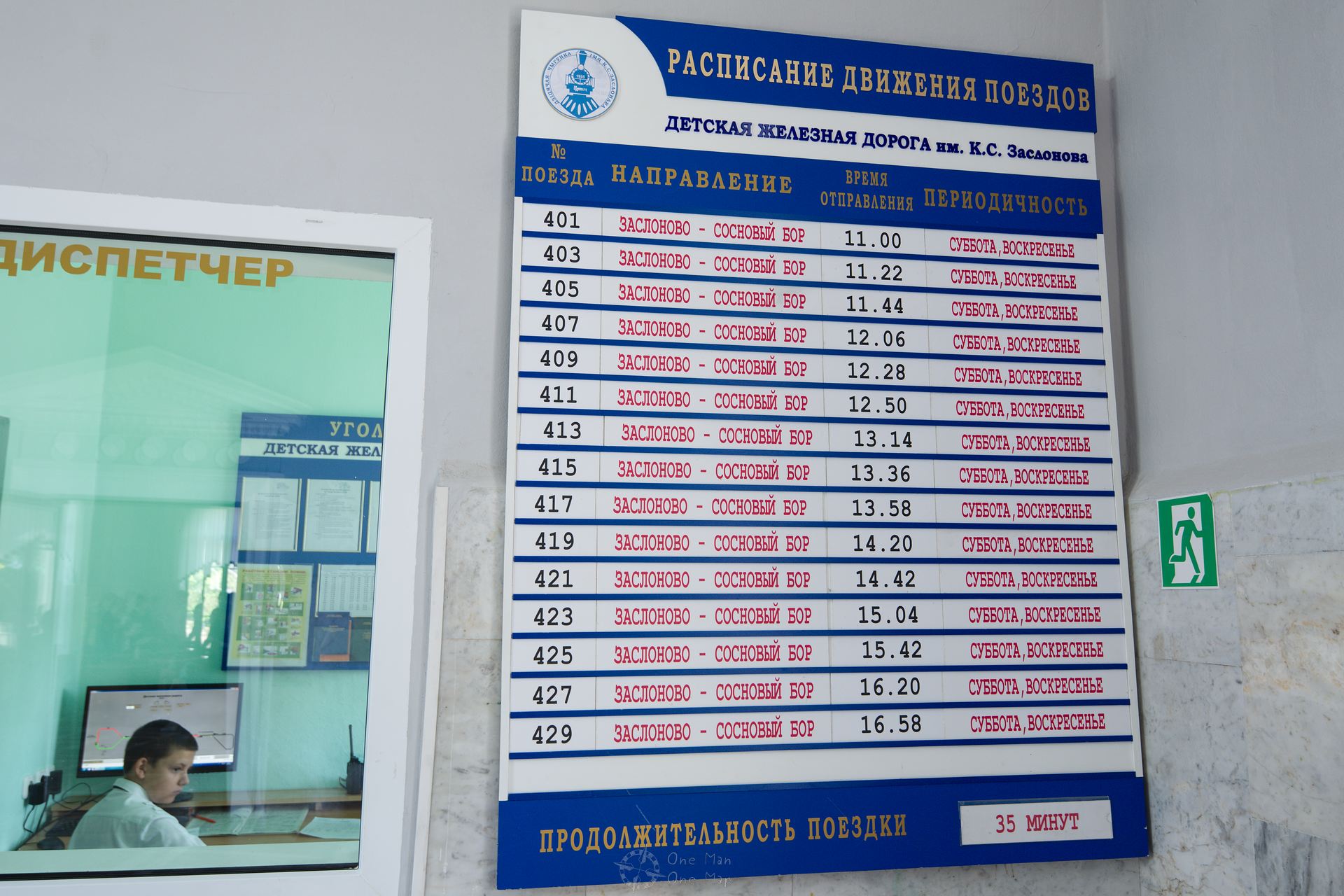 I purchased my ticket at one of the two counters at Zaslonovo Station. Since there were still about 15 minutes left until the departure of the train, I had a closer look at the station.

The glass pane next to the timetable offers a view on the signal box. Operations runs true to the original, in addition to the switches and signals there is also a separate radio frequency for the coordination of all parties involved. The depot with the engine shed is part of Pionerskaya station. 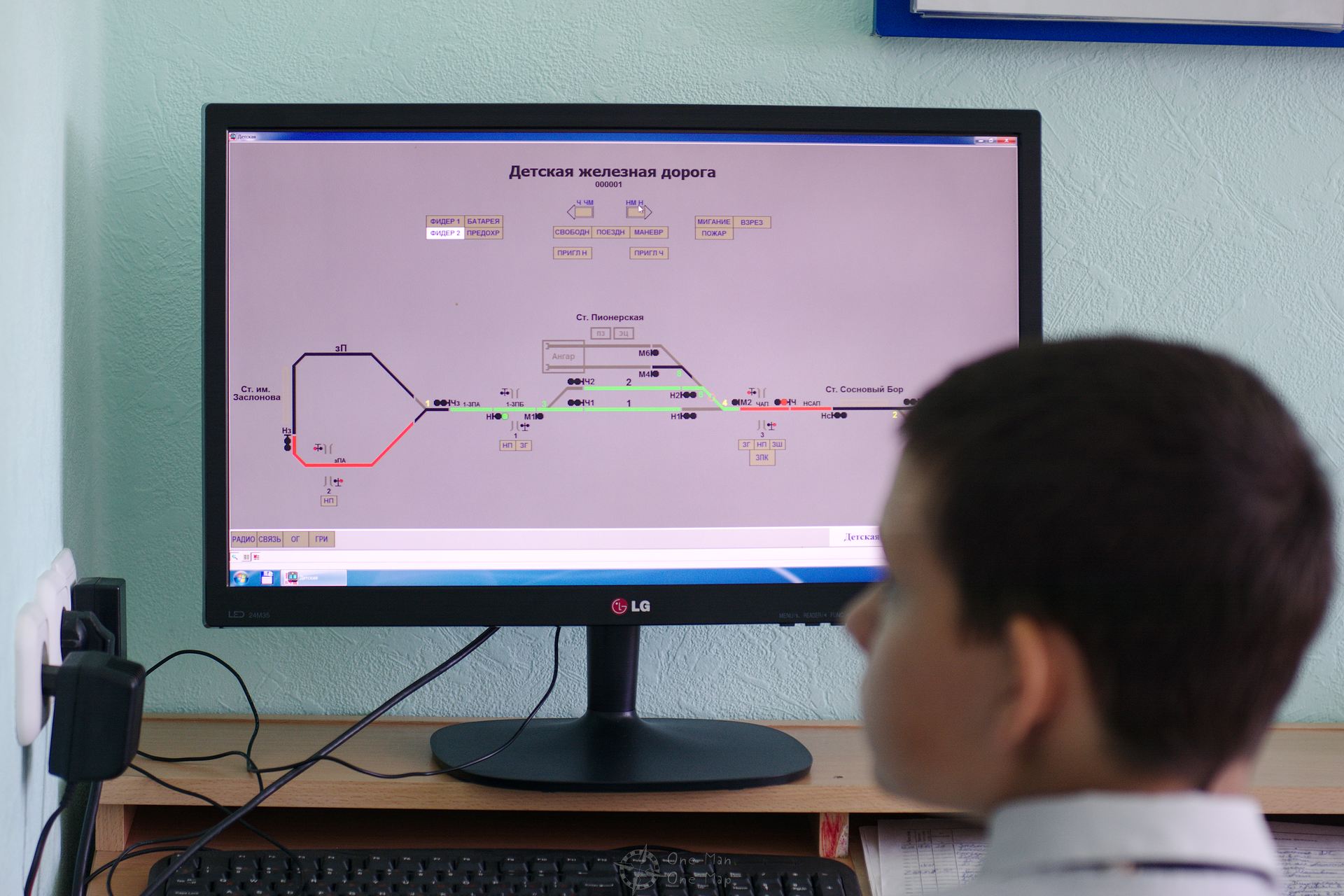 The in-house model railroad in the adjacent hall was also operated as if it was real, two boys at the control panel conducted several trains on the system. Since the market for faithful models of Belarusian locomotives does not seem to be too big, a copy of similar size had been converted with the help of a craft arc…;) 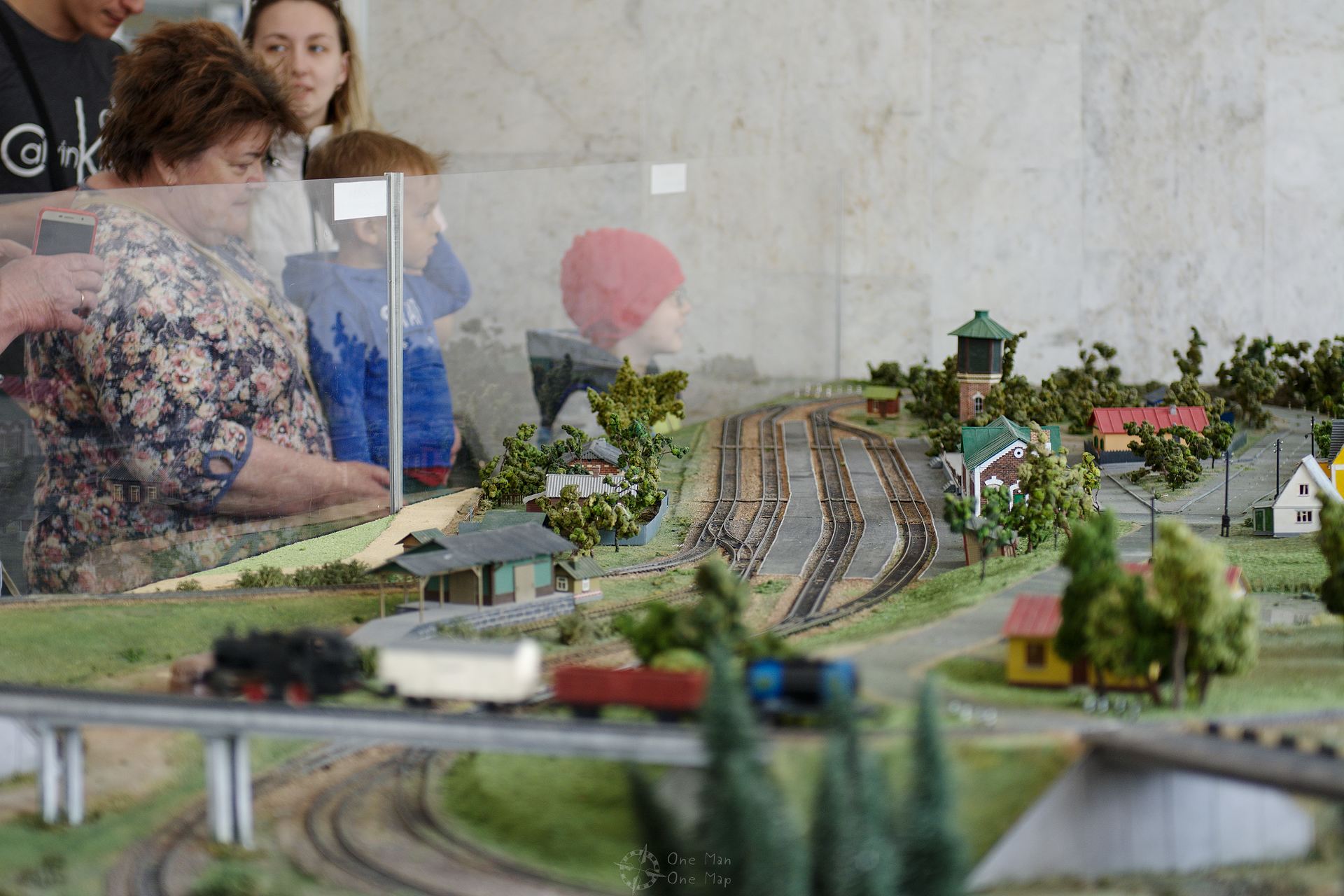 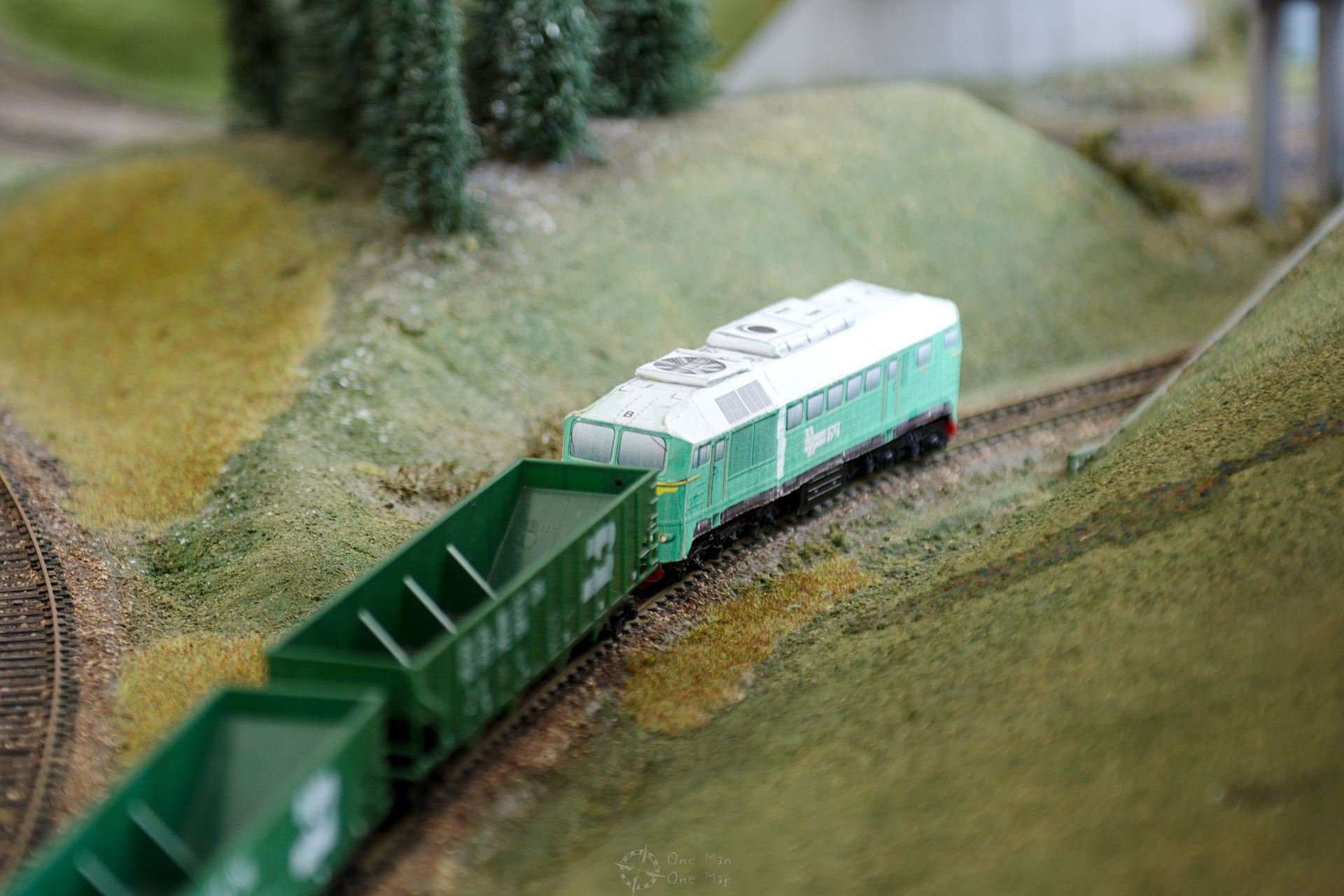 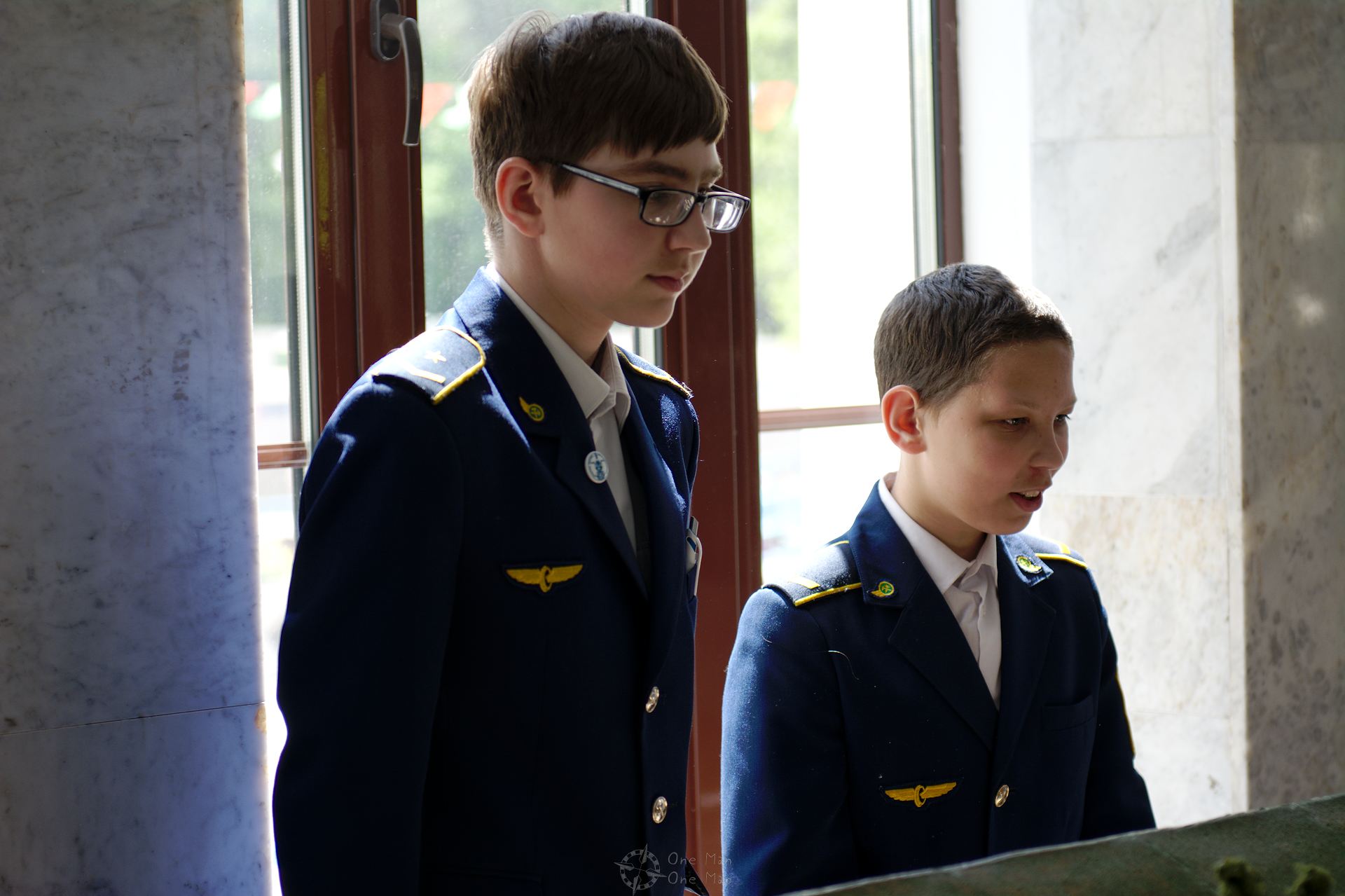 To ensure that the budding railroad workers knew exactly what they were in for later, the whole “bureaucracy circus” was simulated as well. Each of the young employees had a rank and an identity card, the coordination of the rosters was probably left to the youngsters themselves. Despite the expected chaos, the “superiors” seemed to be able to assert themselves well. It was already quite clear who would end up at which level of the hierarchy later…;) 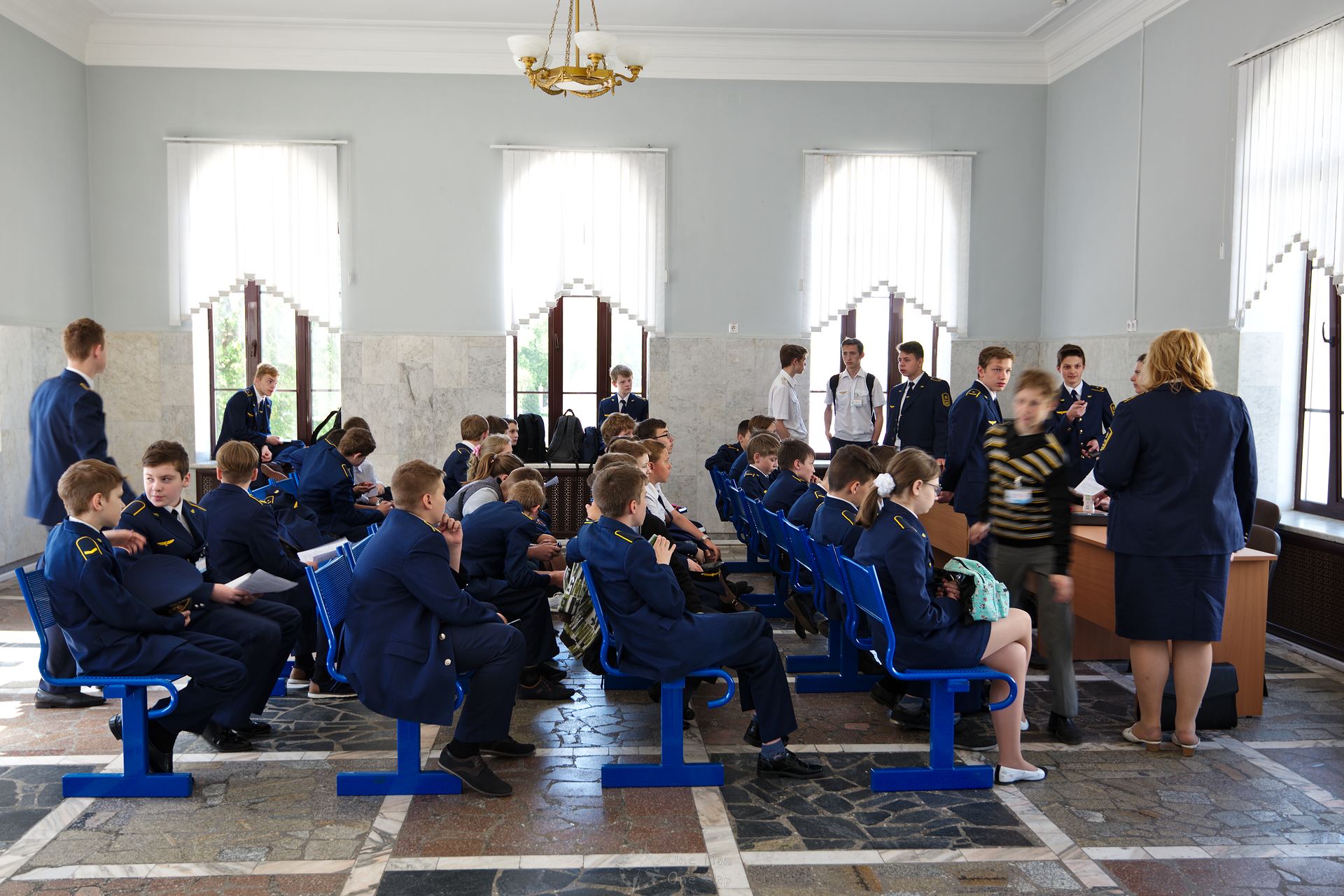 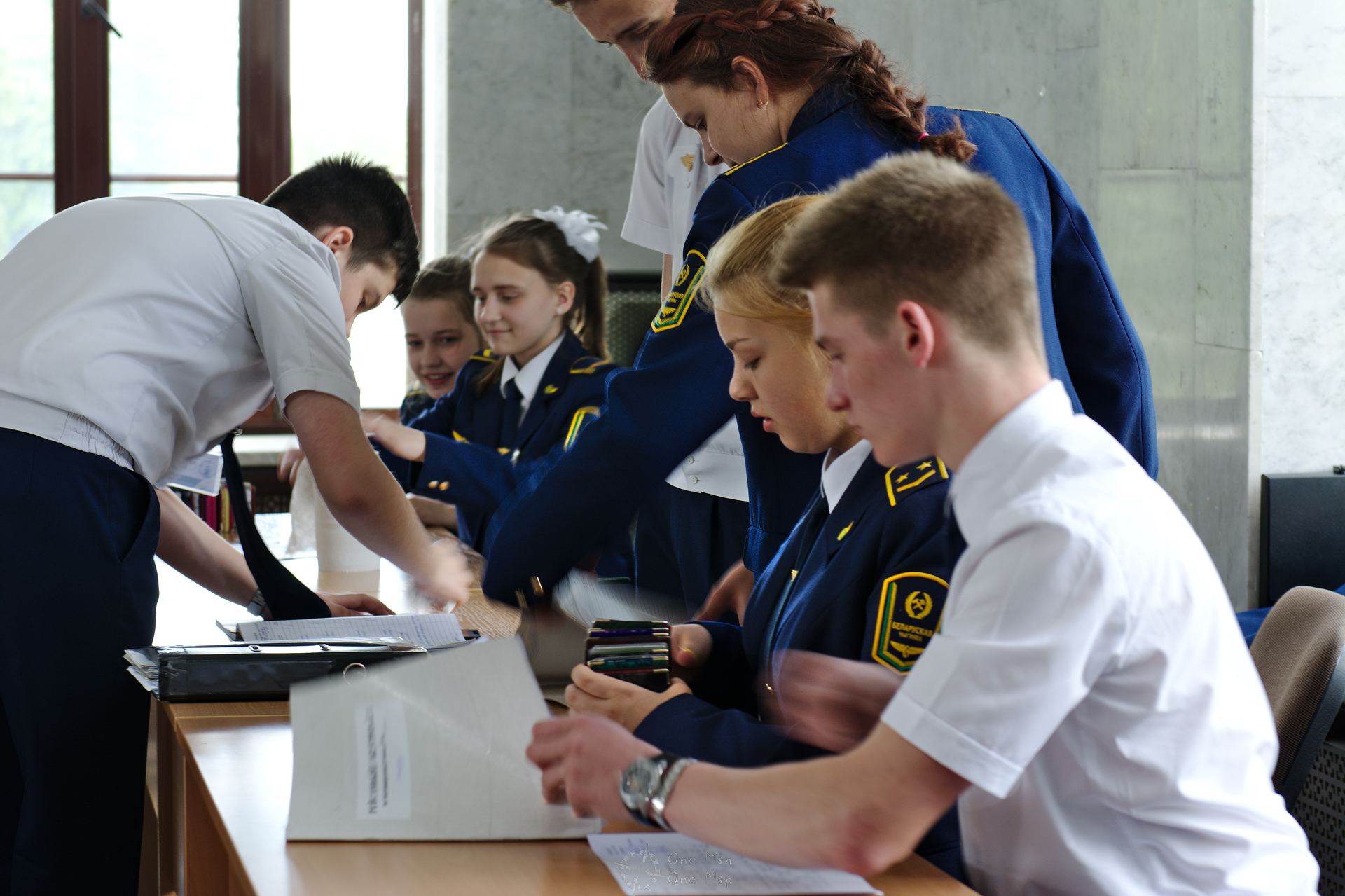 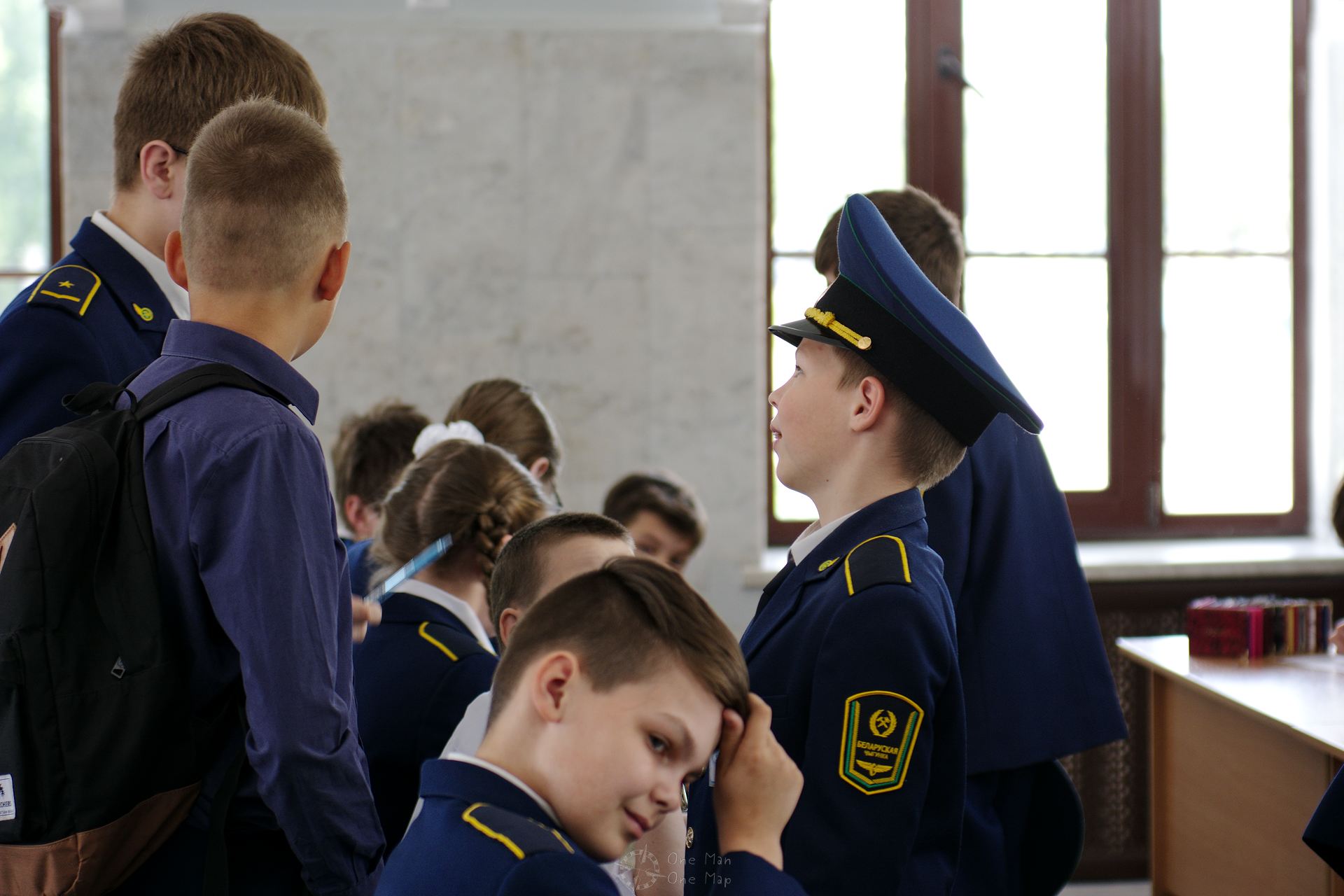 I shortened the last minutes of waiting by watching the local entertainment program. Yes, it had also been designed and presented by the children themselves. 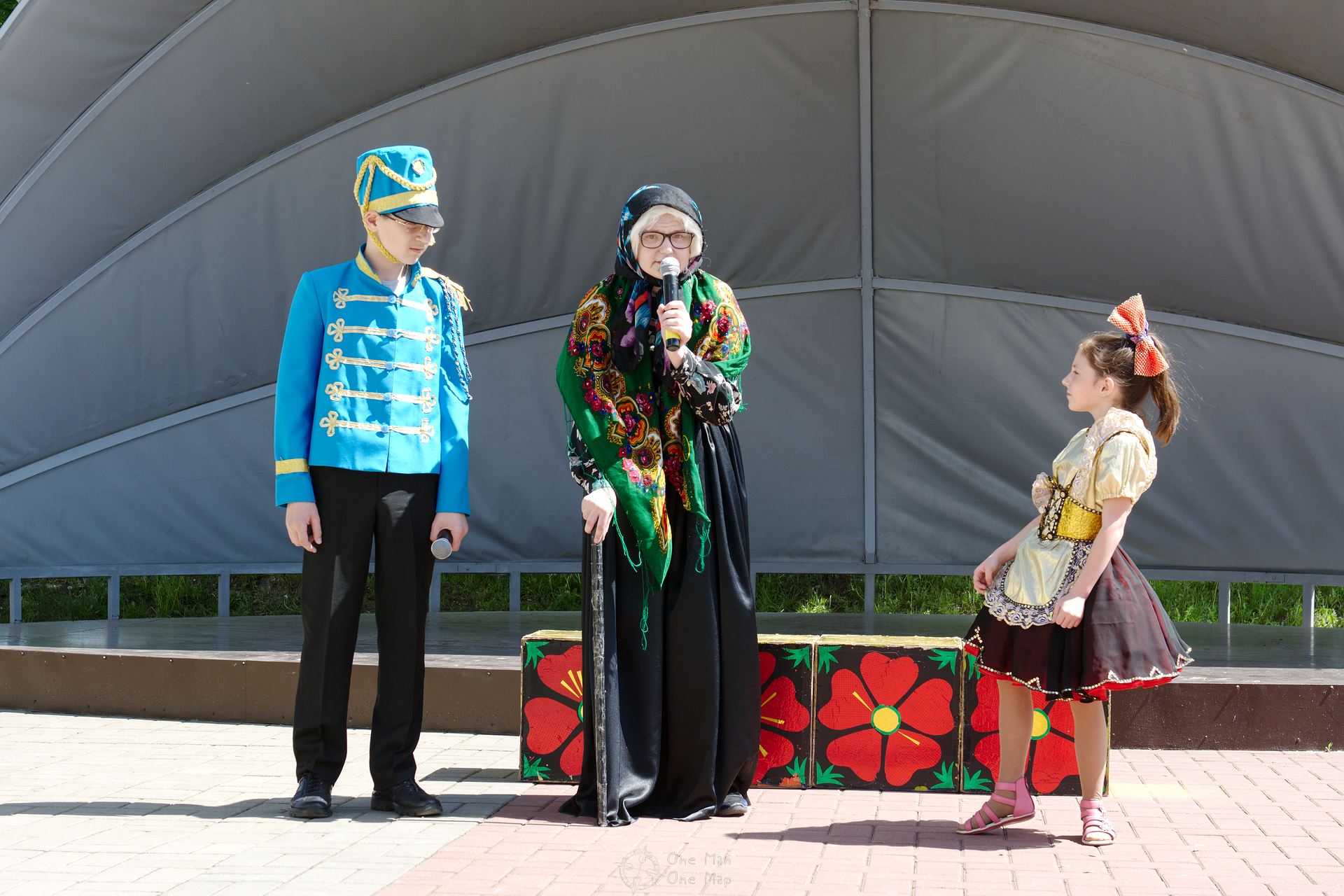 The train arrived to the tick, and the conductors started checking the tickets with stern faces. 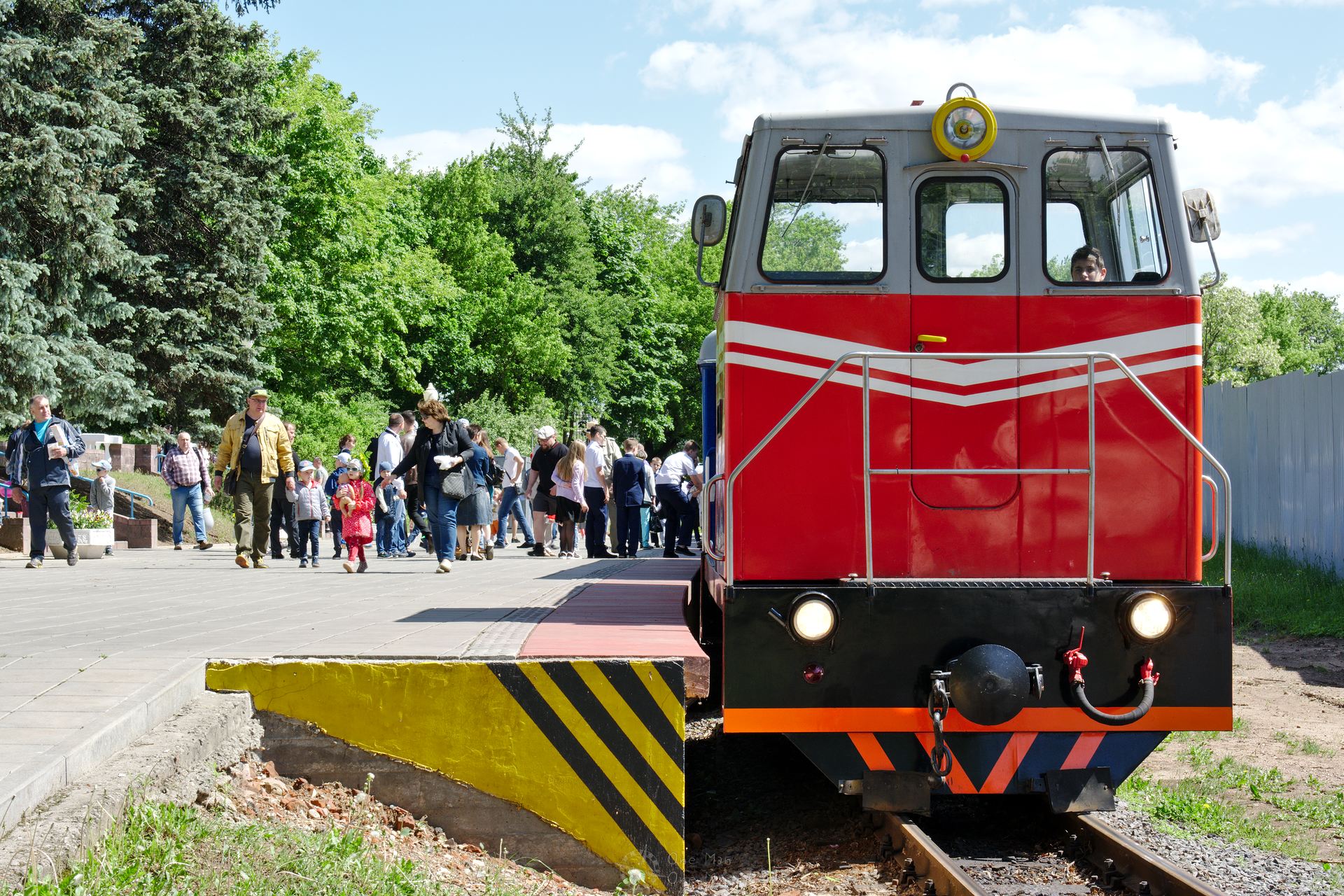 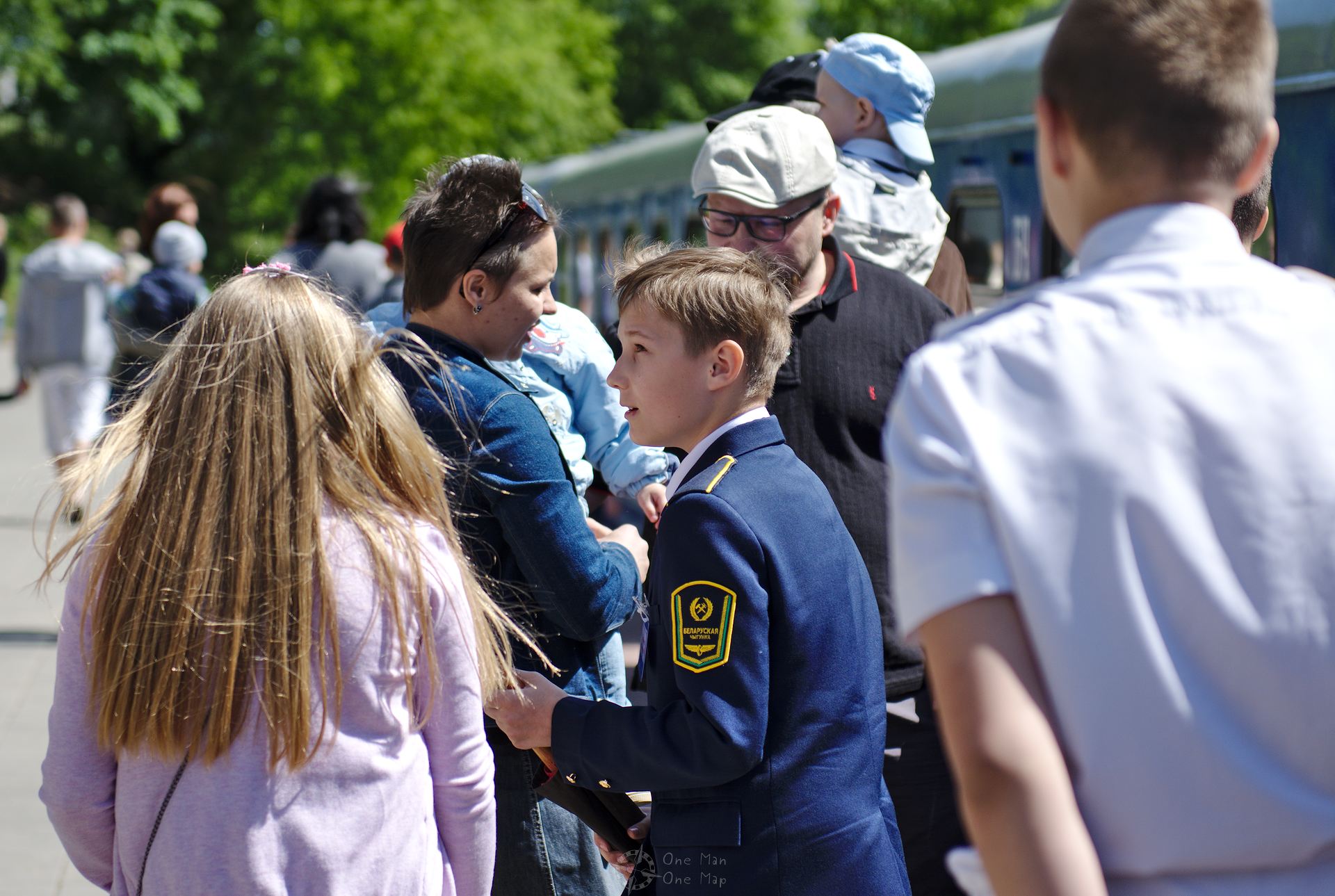 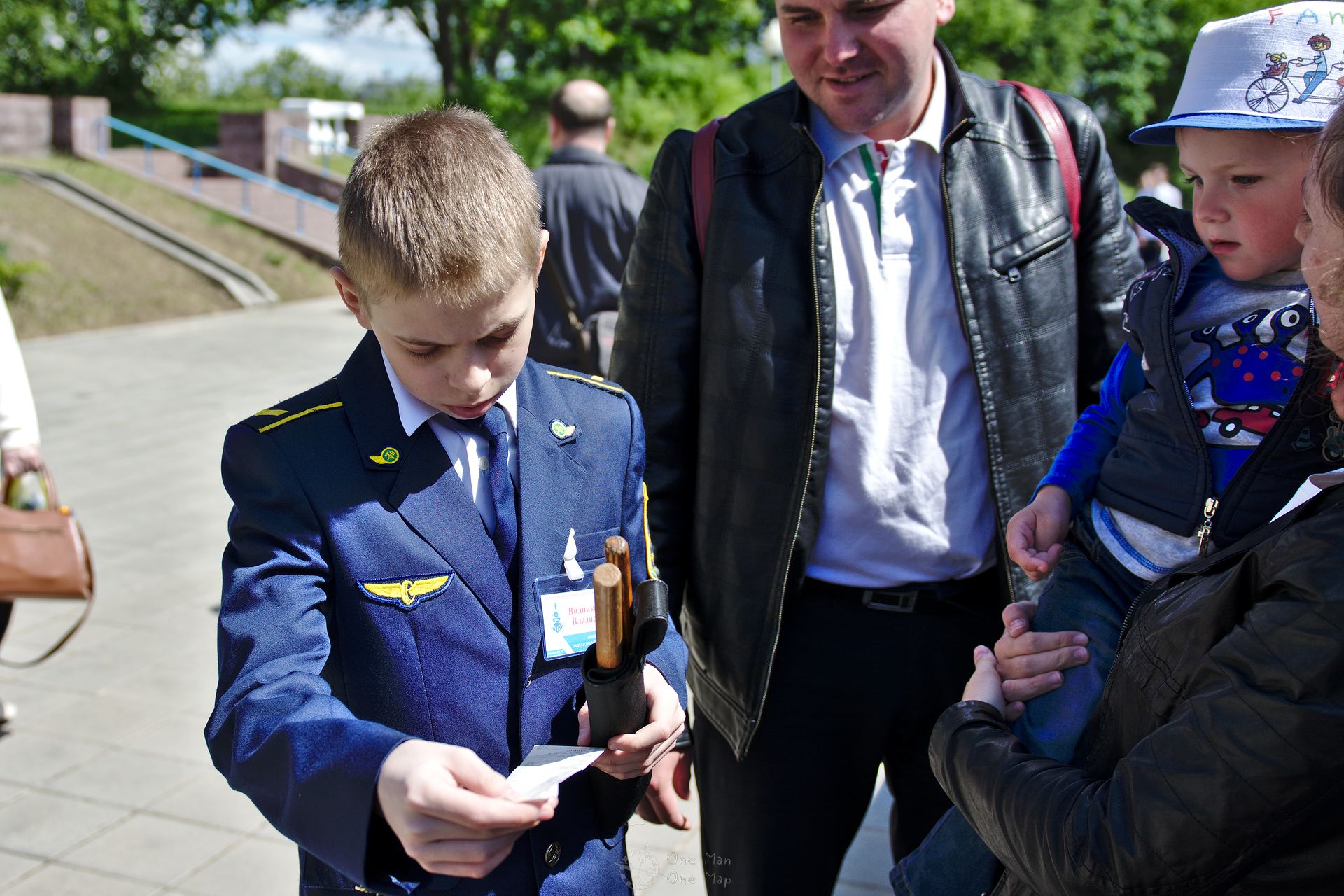 The red TU7A diesel locomotive was chugging away in the meantime. This 24-ton colossus has just under 400 horse powers and accelerates the train up to a maximum speed of 15 km/h. The young locomotive driver carried his great responsibility quite calmly. 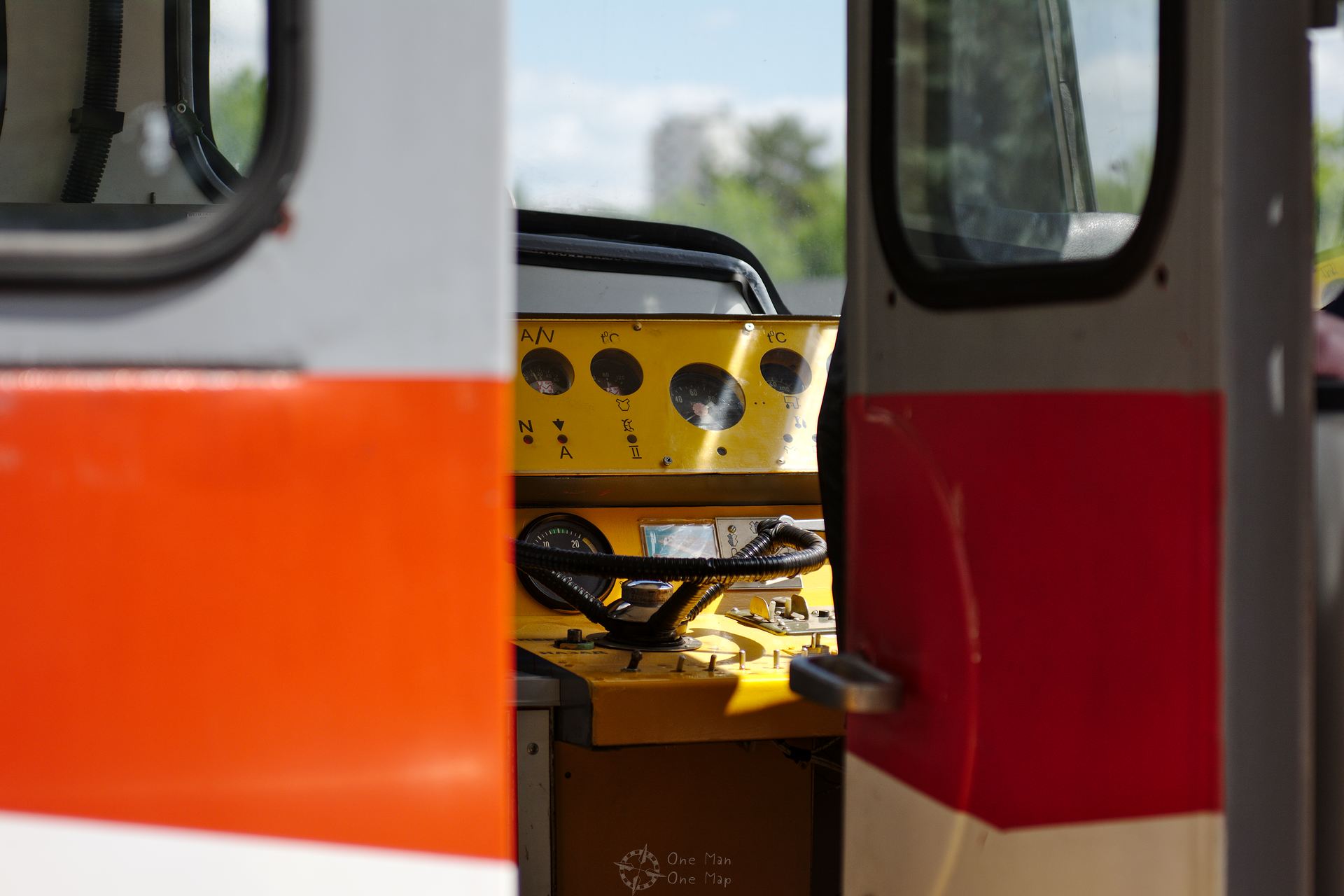 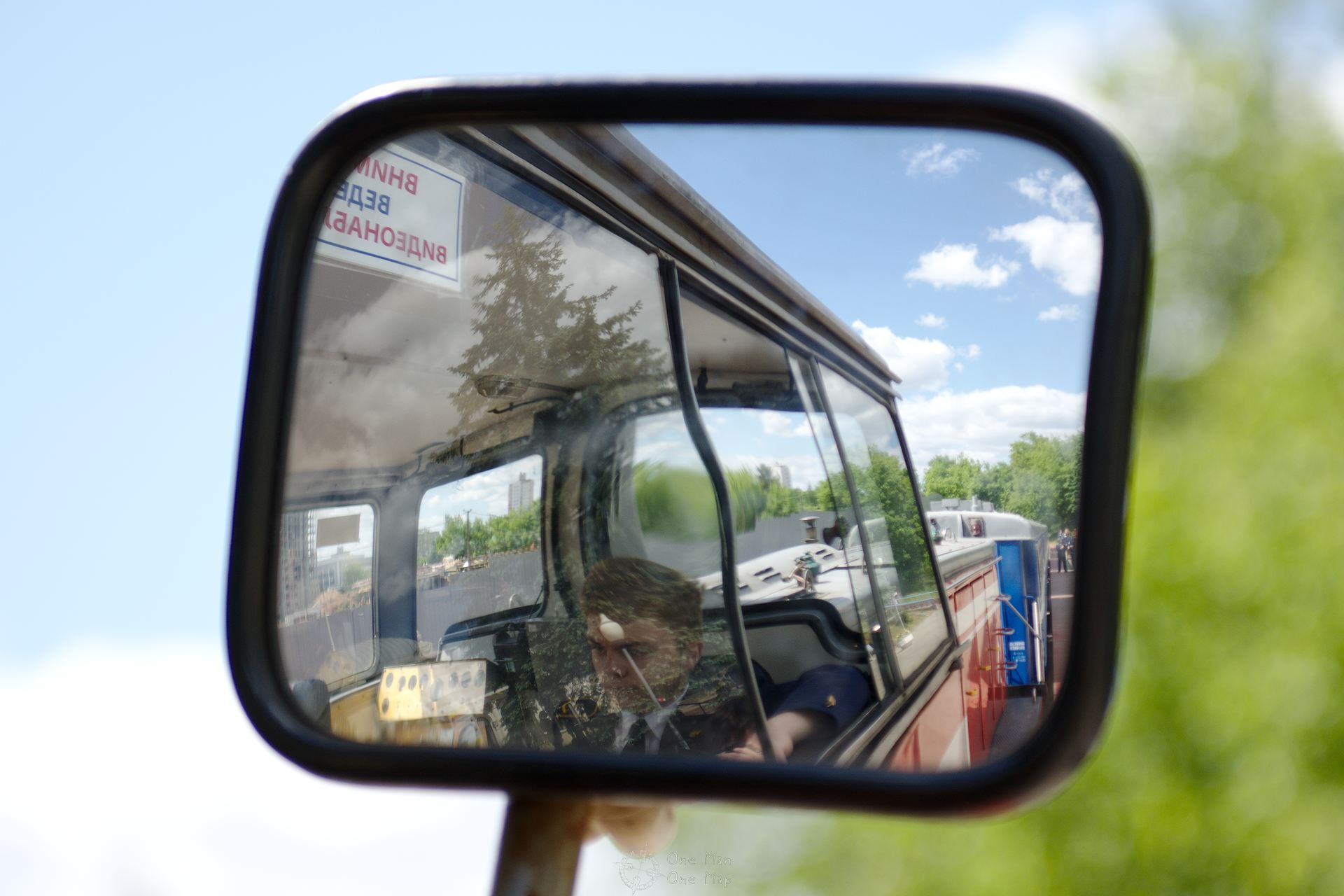 The scheduled departure time kept coming closer, and the situation on the platform became increasingly hectic. This might have been just a children’s railroad, but the challenges seemed to be the same as at the big role model. Late passengers, confusing carriage conditions, a foreigner with a camera somewhere outside the marked areas… 😉 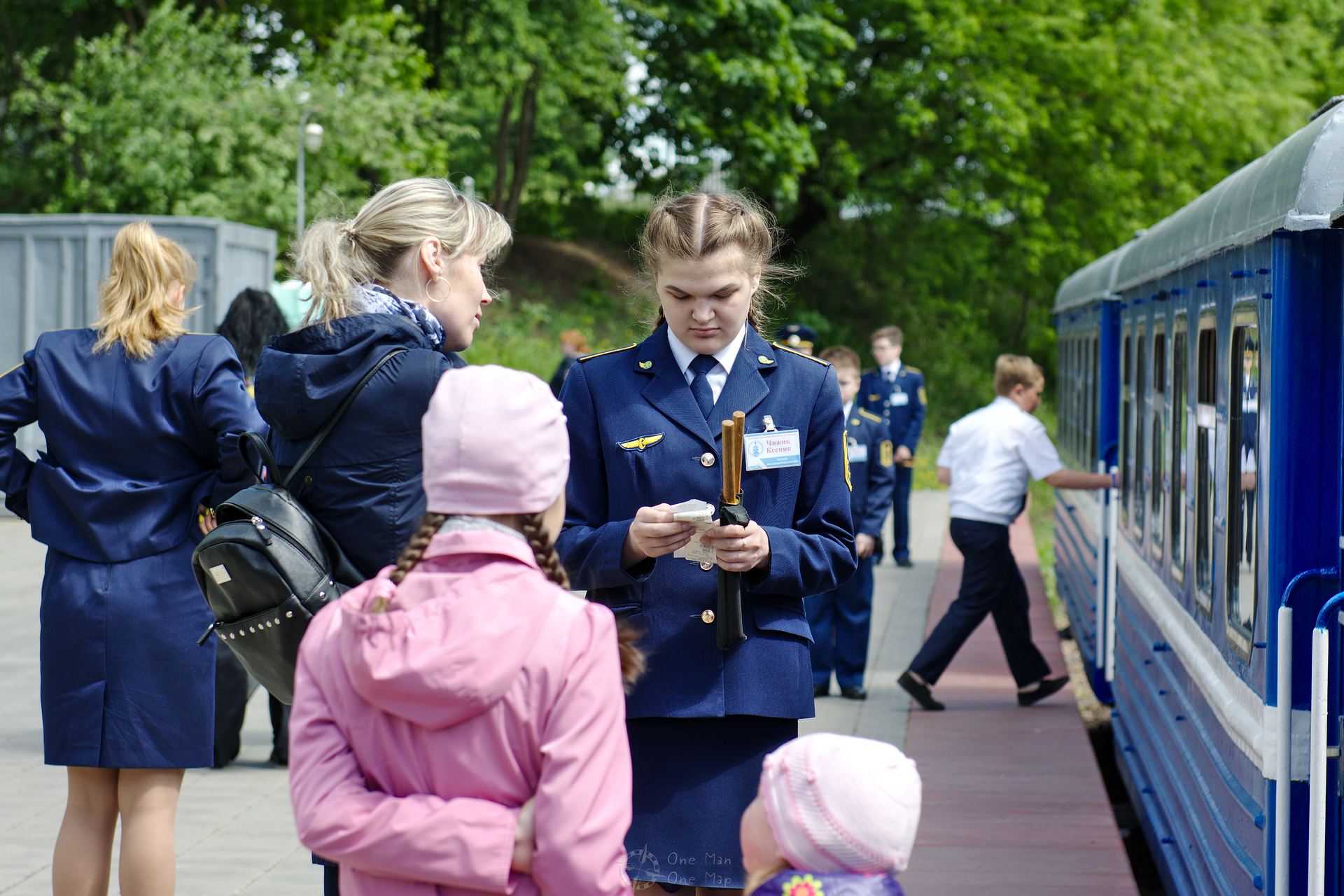 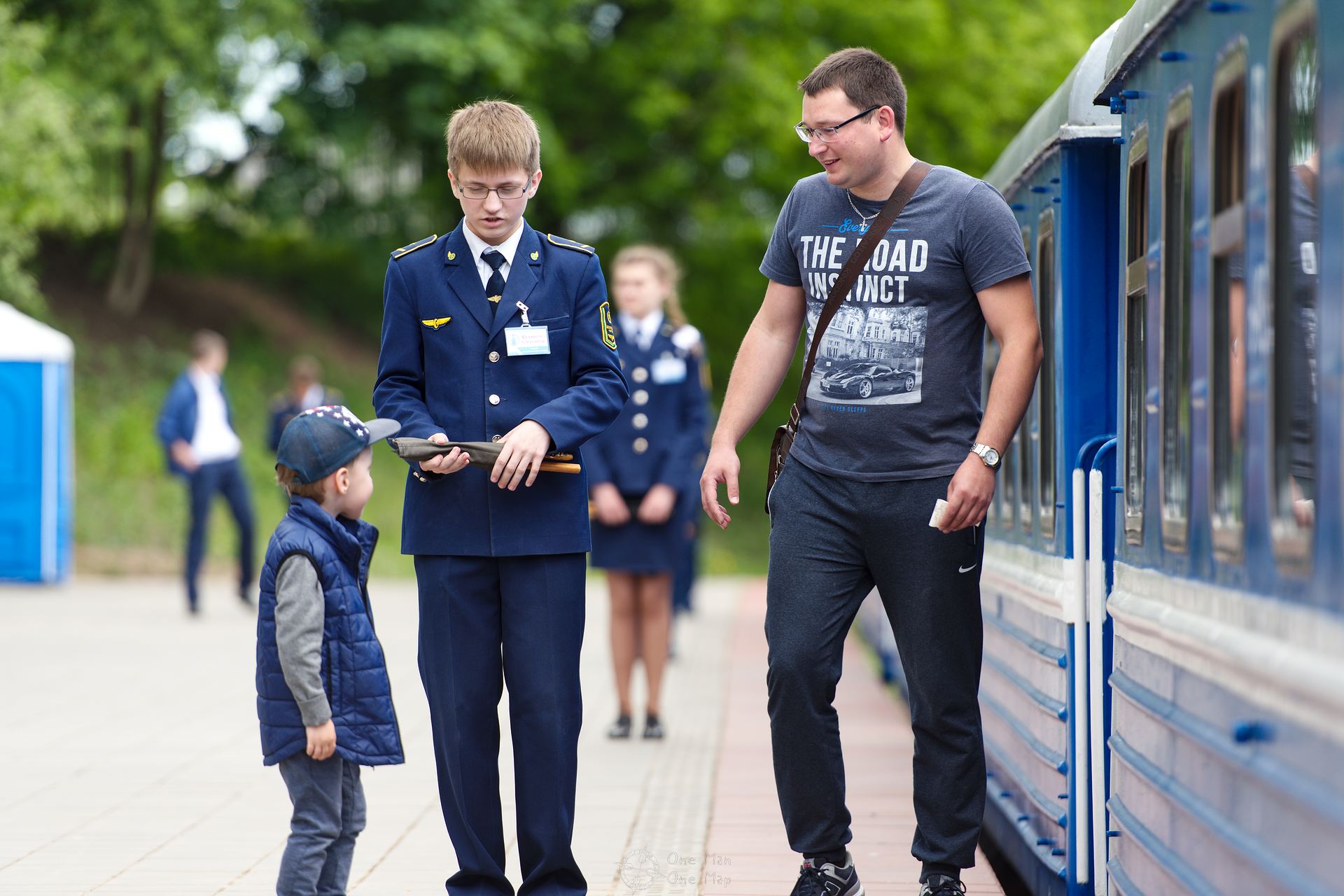 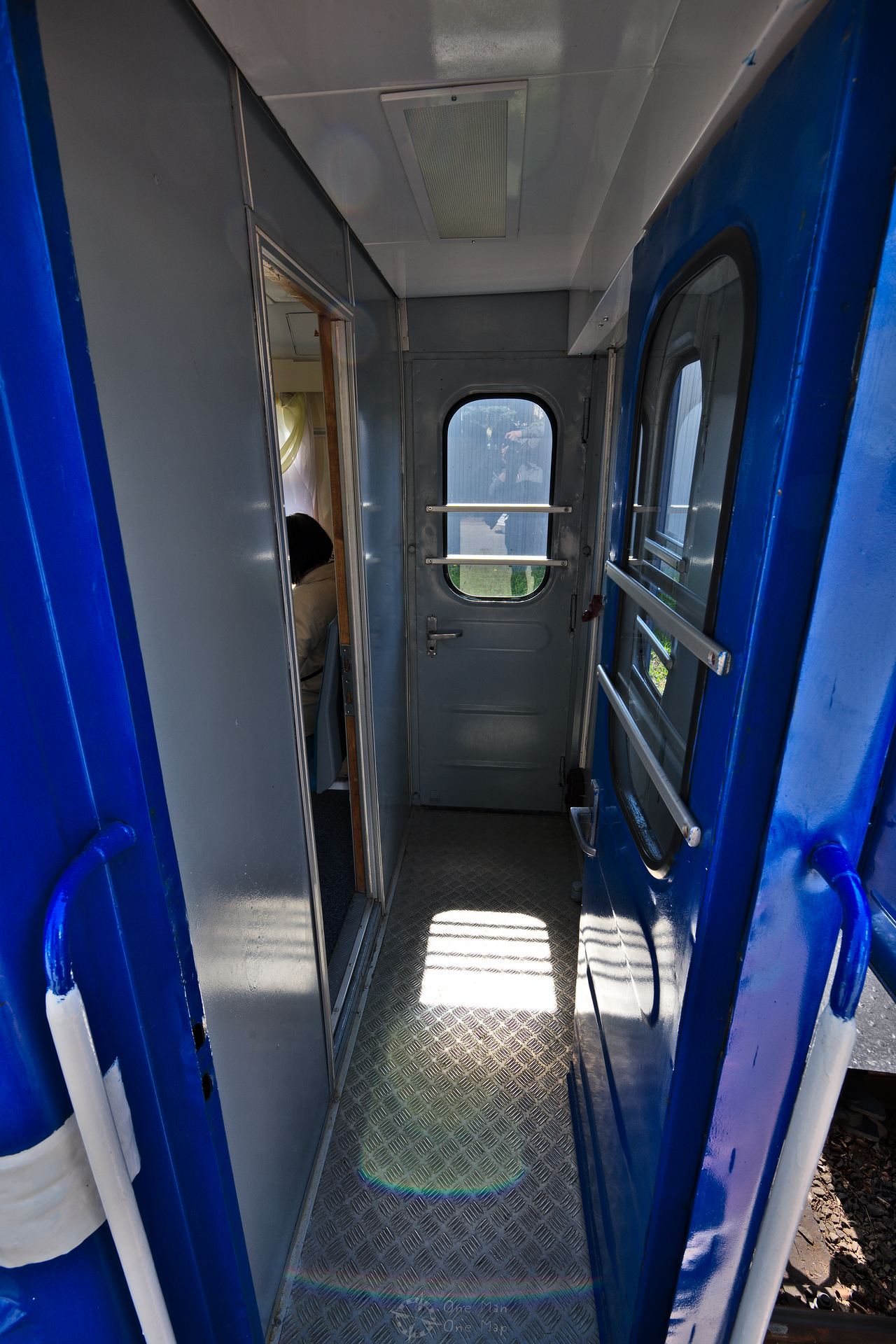 Quick! The signal jumped to green, the stationmaster lowered the trowel, and the conductor threw one last glance at the platform. The train started moving exactly as scheduled. 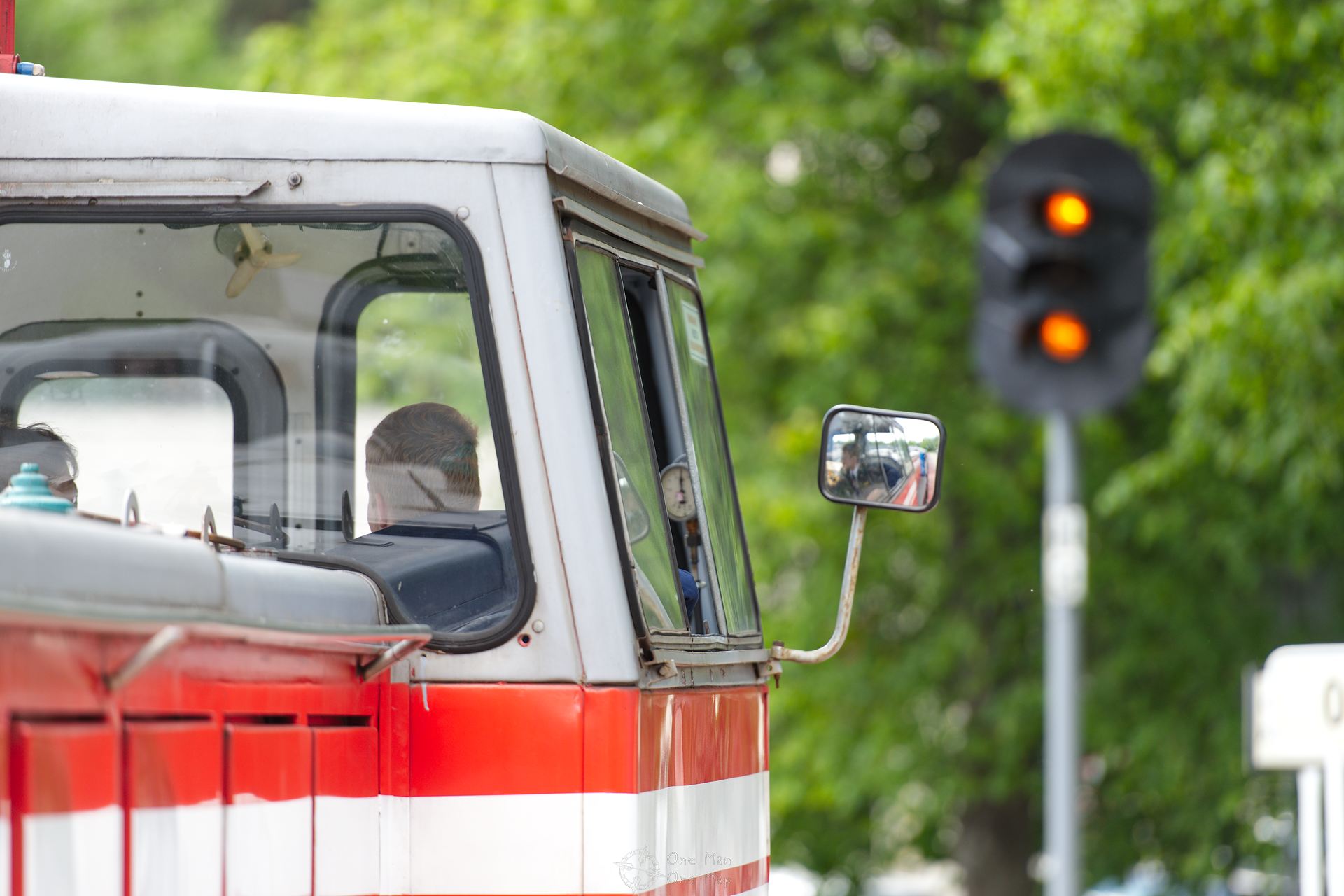 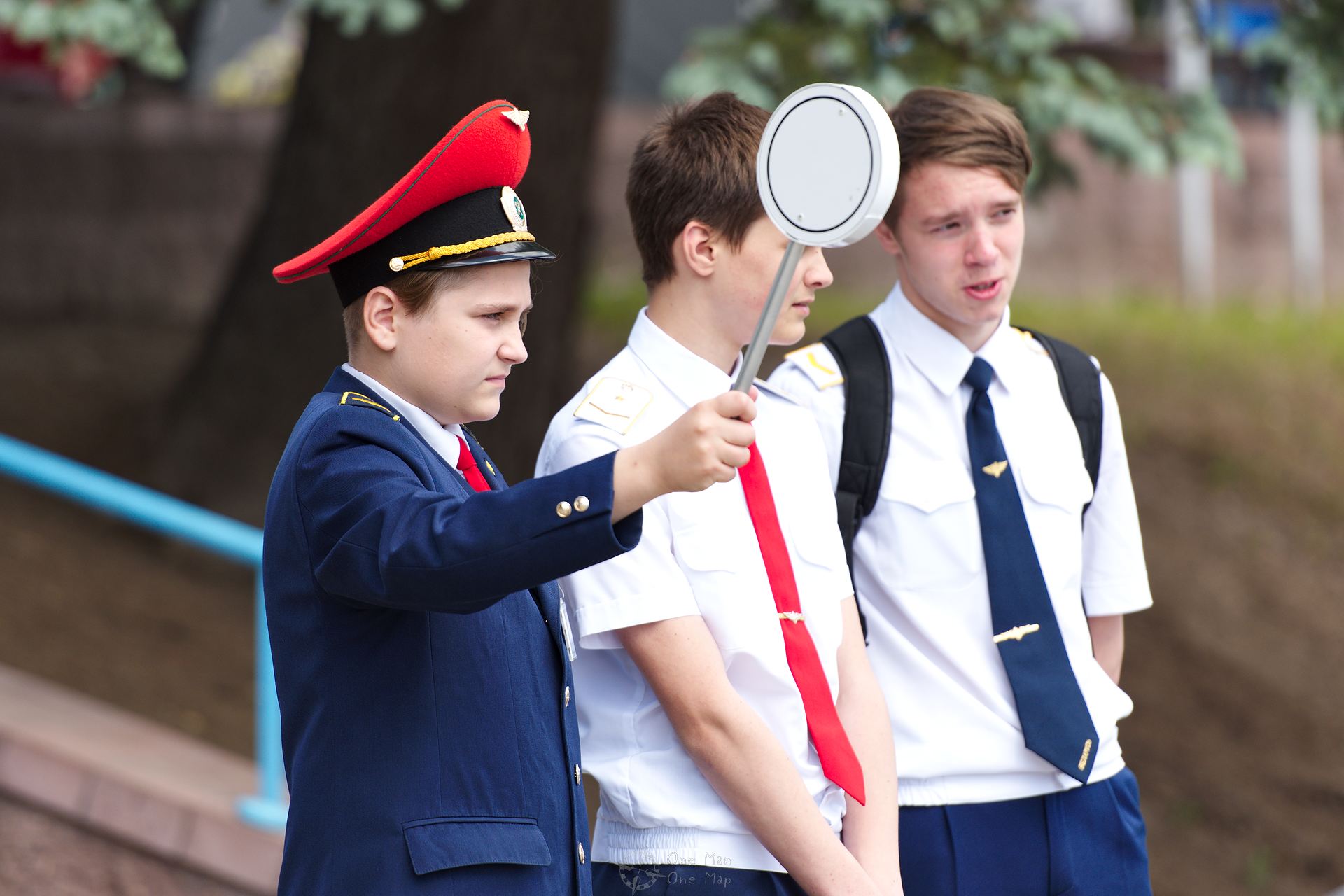 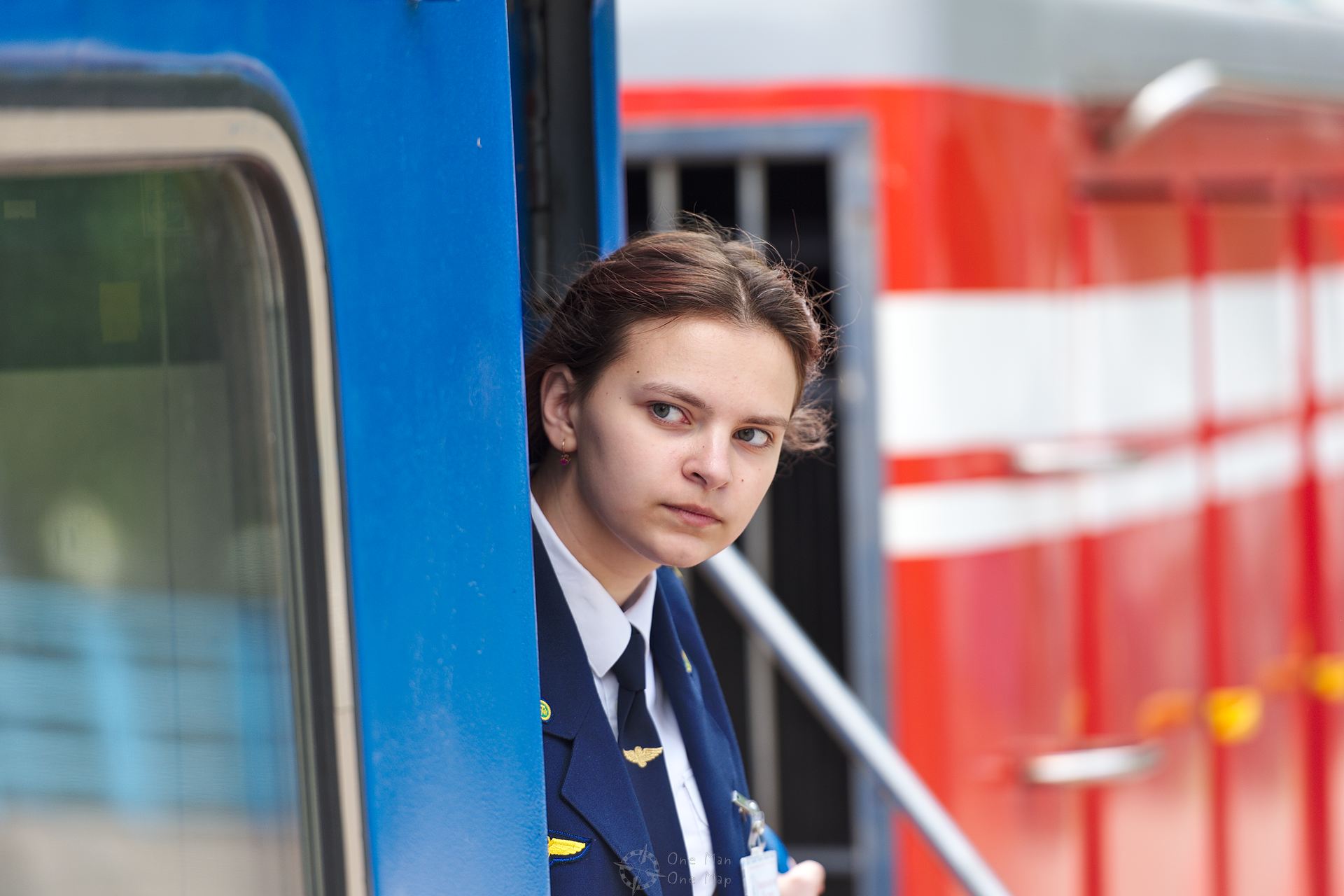 The twelve PV40 passenger wagons are also still used on other, commercially operated narrow gauge railways in Russia and the rest of the former Soviet Union. With a track gauge of just 750 millimeters they are particularly suitable for mountain railways with tight bends and less traveled routes. 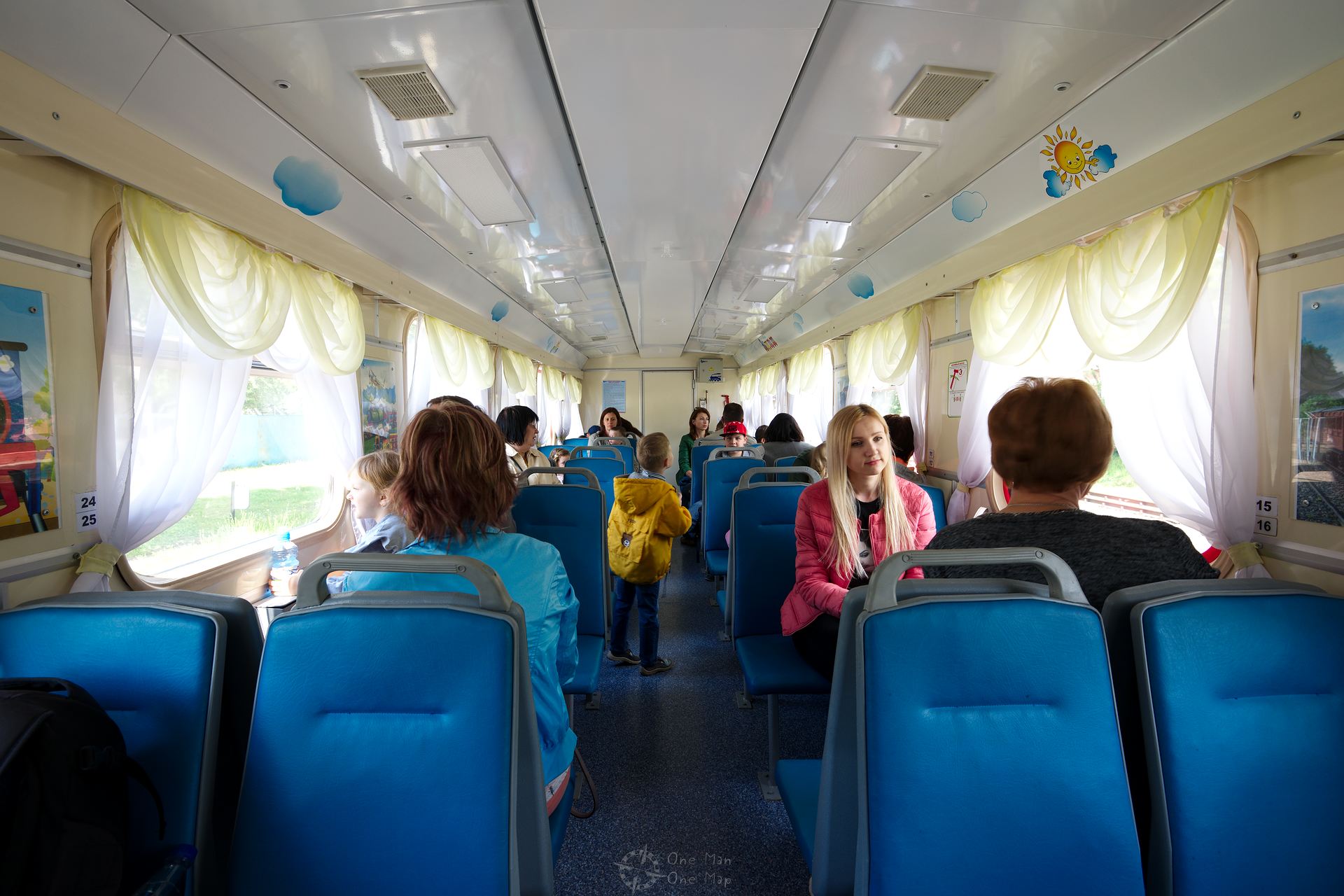 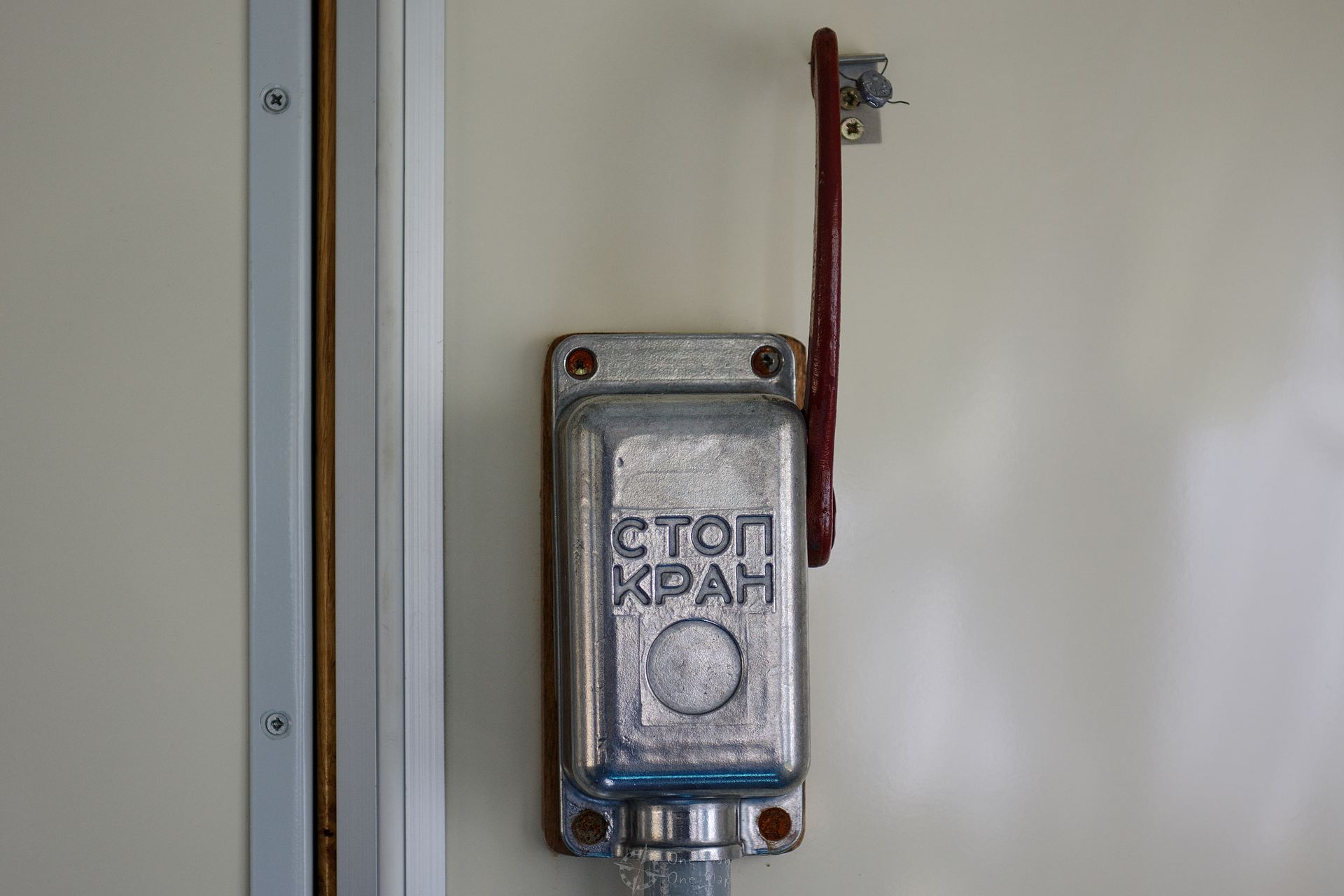 The ride felt very jerky despite the low speed. No wonder: the track layers apparently hadn’t been particularily pedantic with the curve radii… 😯 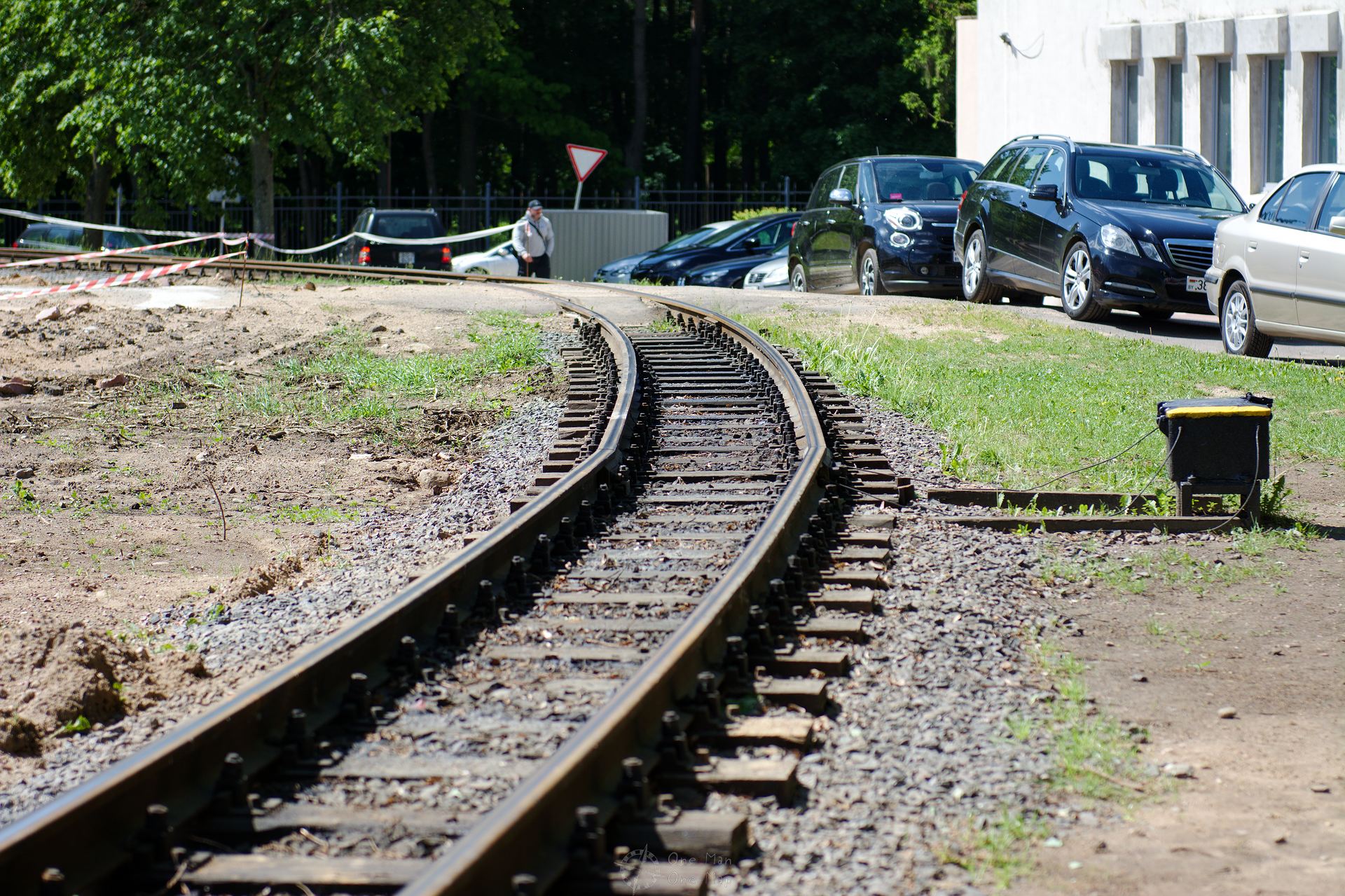 Unfortunately the route itself almost always led through residential areas or dense scrub, so there was little to see on the way. The station Pionerskaja in the middle was only used as an passing on the single-track route, you could not get on and off the train there. Thre was a short stop at Sosnowyj Bor. 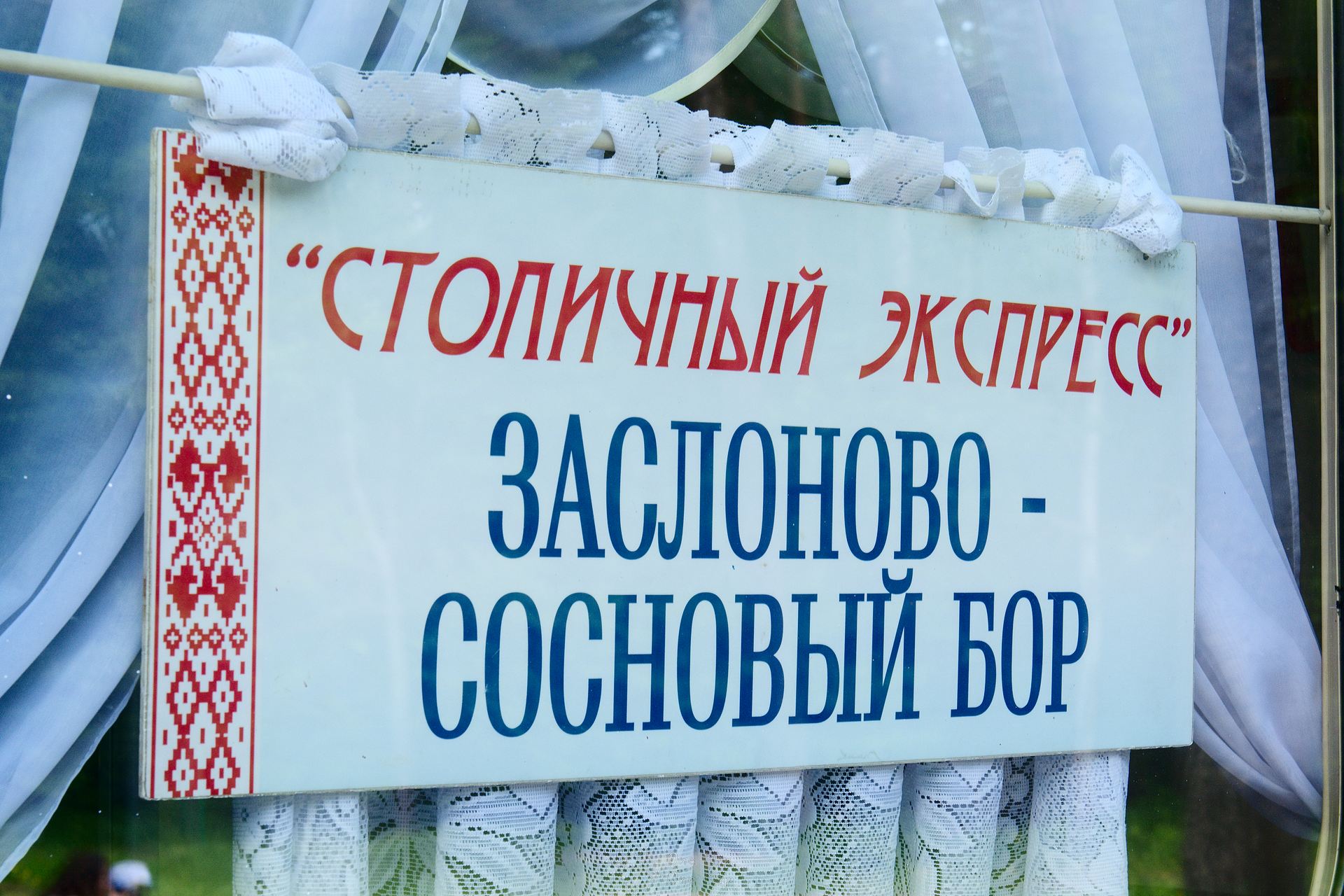 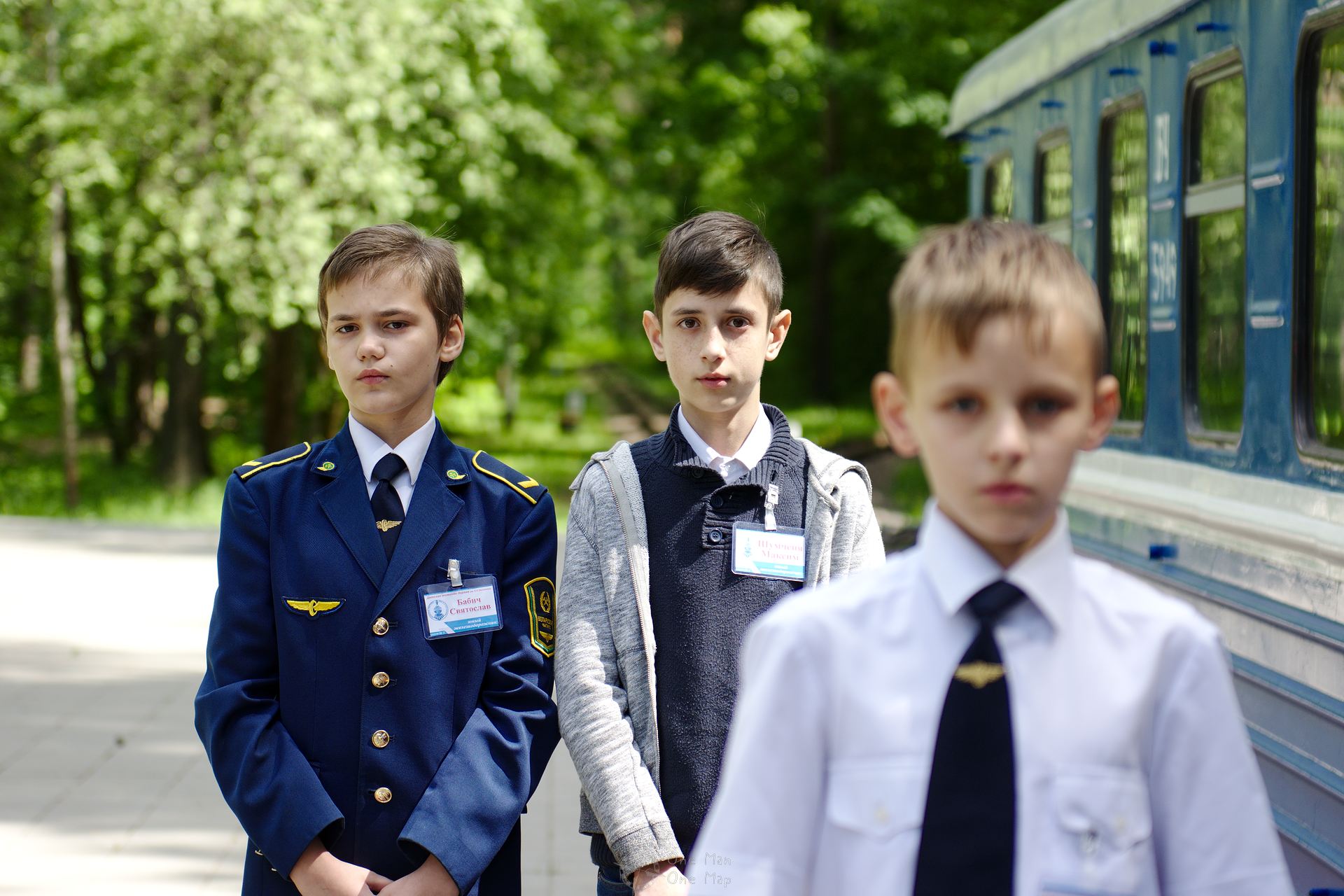 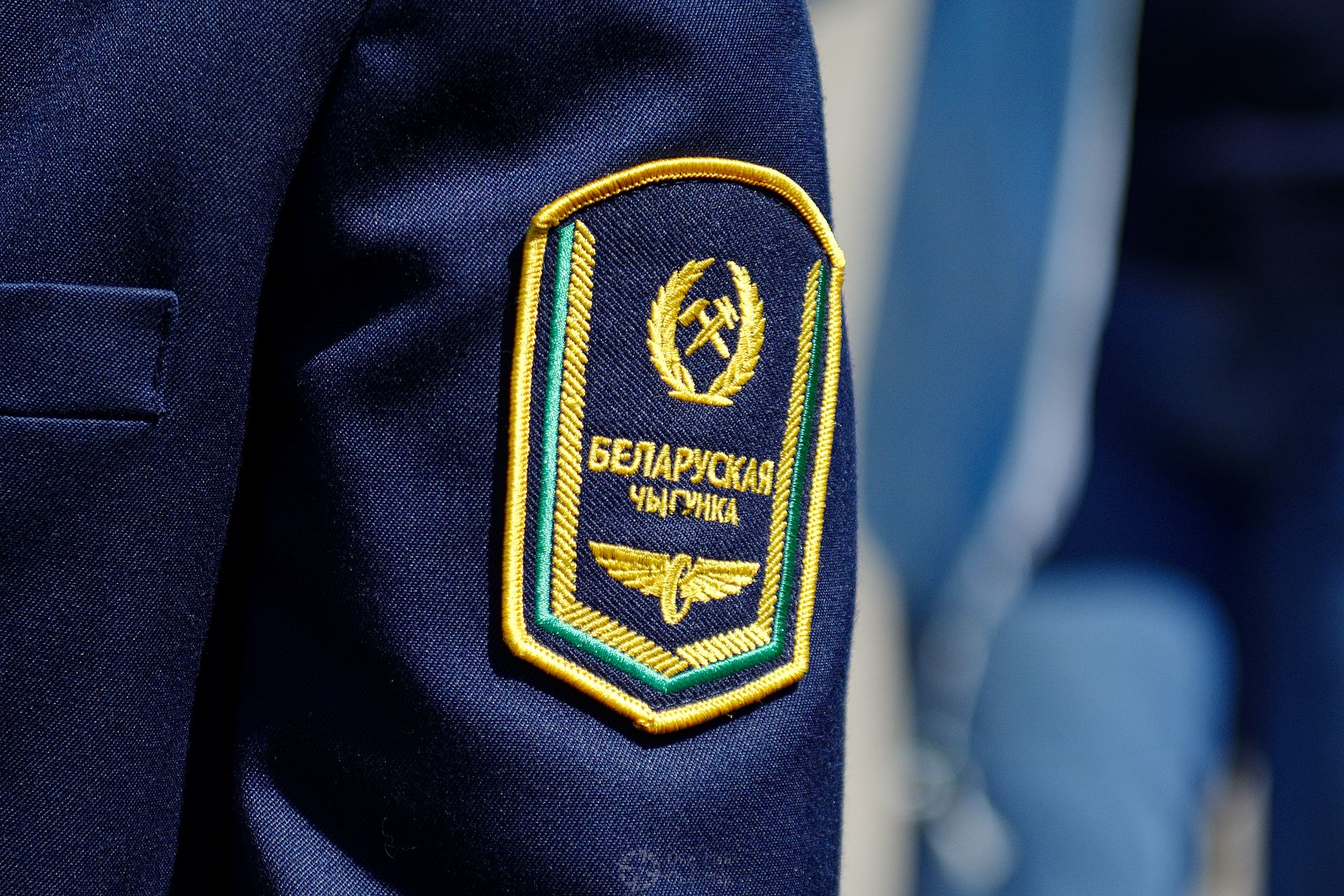 Every year on May 9th, the anniversary of the victory over the Third Reich, the Children’s Railway carries guests to a big celebration at the Sosnowiej Bor station. Here, the celebrating parties can enjoy food from a field kitchen and participate in various competitions. If you have never been part of a Victory Day celebration, have a look at the corresponding article from my visit to Moscow. It is well worth the read 😉