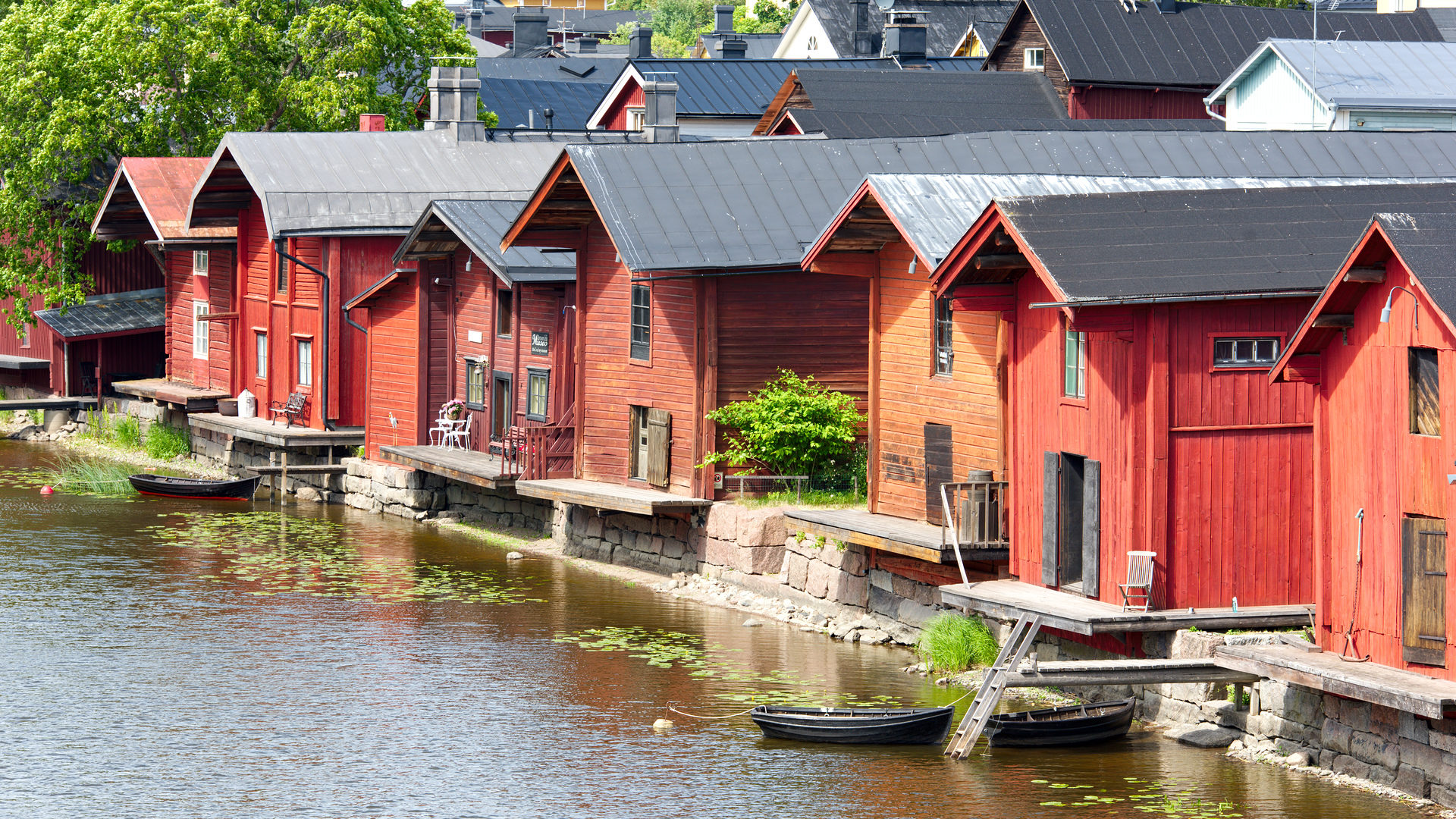 Wooden houses so beautiful that they have been proposed as an UNESCO World Heritage site? Those exist in Porvoo, about an hour east of Helsinki in Finland 🙂

In summer, tourists flock through the narrow streets of the old town with its traditional buildings in droves. Especially the red wooden houses on the river Porvoonjoki are a very popular photo spot and of great importance for tourism in the region. But Porvoo is more than just a place for selfies. It is also the second oldest city of Finland after Turku. The Grand Duchy of Finland was founded here, which would later pave the way for the Finns to get their own country. Porvoo therefore has a special place in the history of Finland. 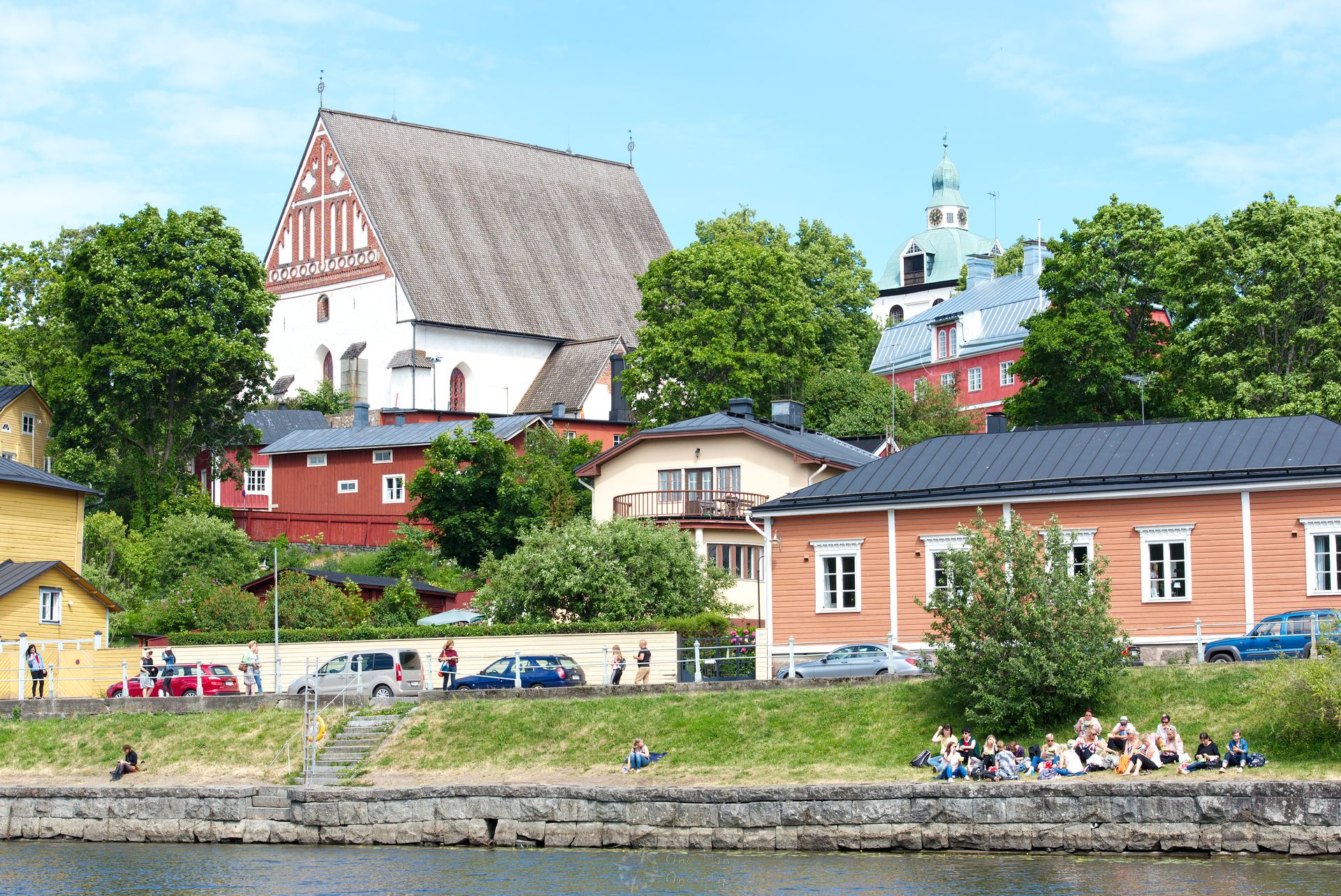 The centre of the old town is the Porvoo Cathedral (Porvoon tuomiokirkko). The oldest parts date back to the 13th century, but there is not much left of them. The building was damaged at least five times by enemy armies, and as if this hadn’t been bad enough, a drunken teenager unintentionally set the roof on fire back in 2006. The receipt for his intoxication: a prison sentence and a fine of 4.3 million euros 😯 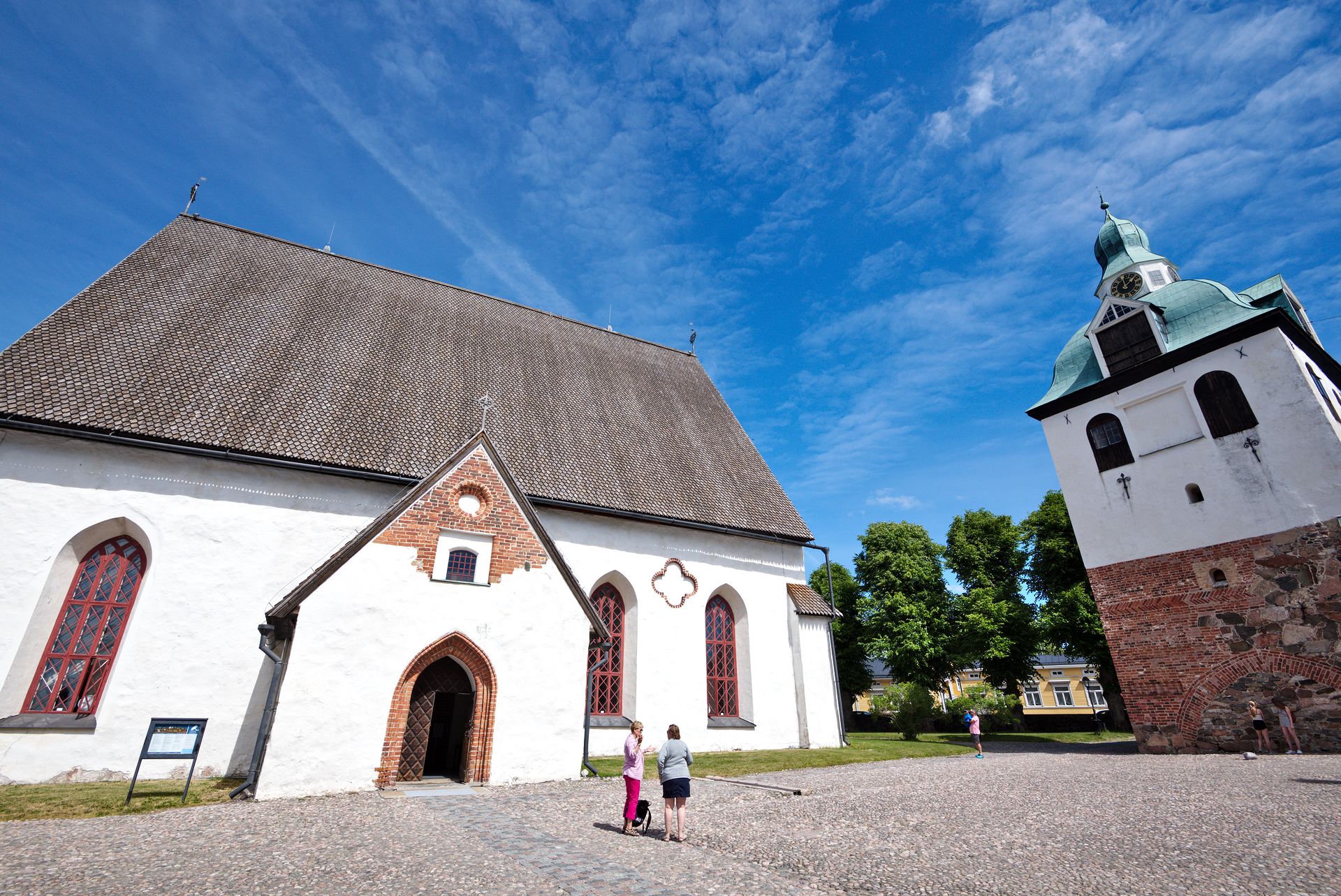 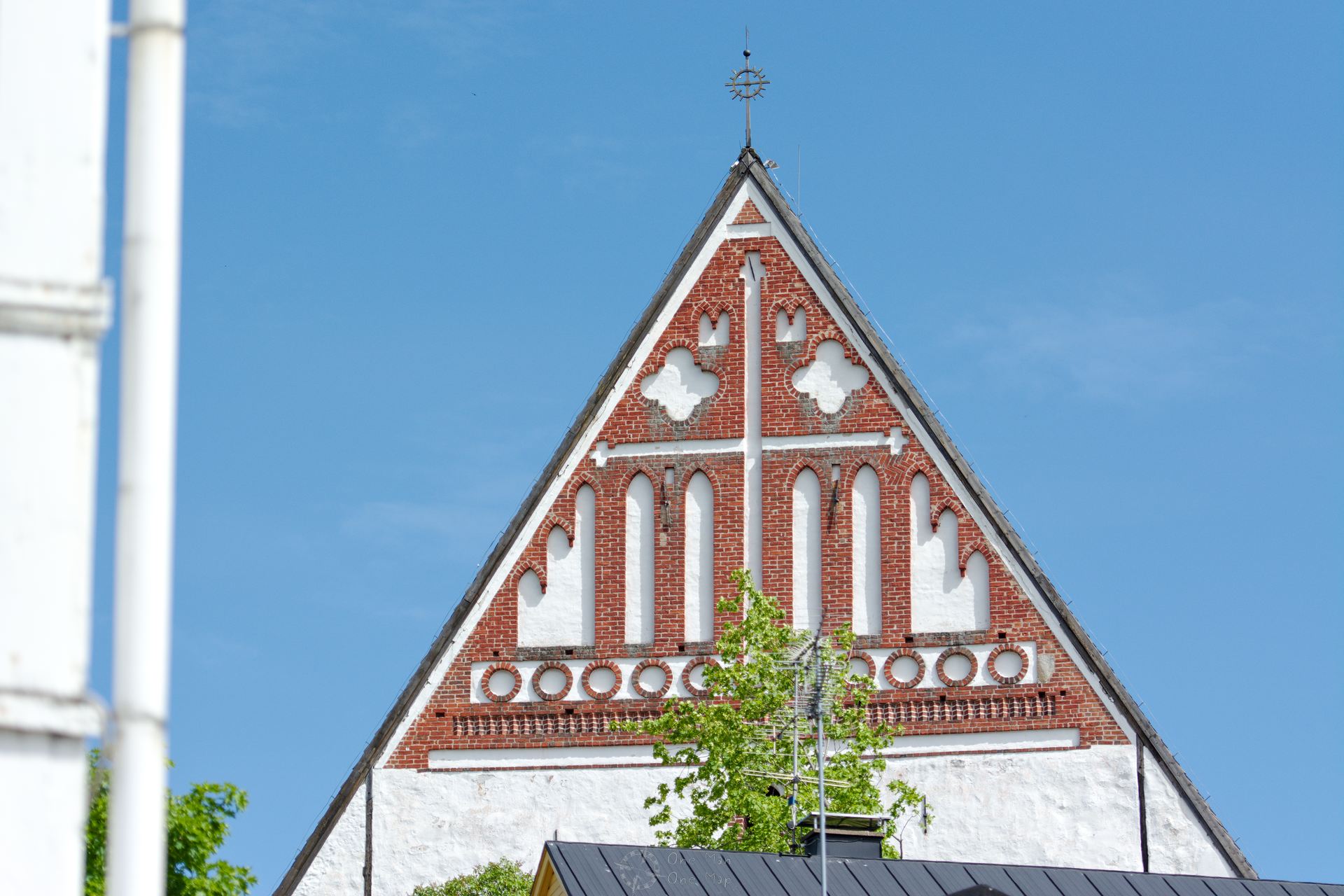 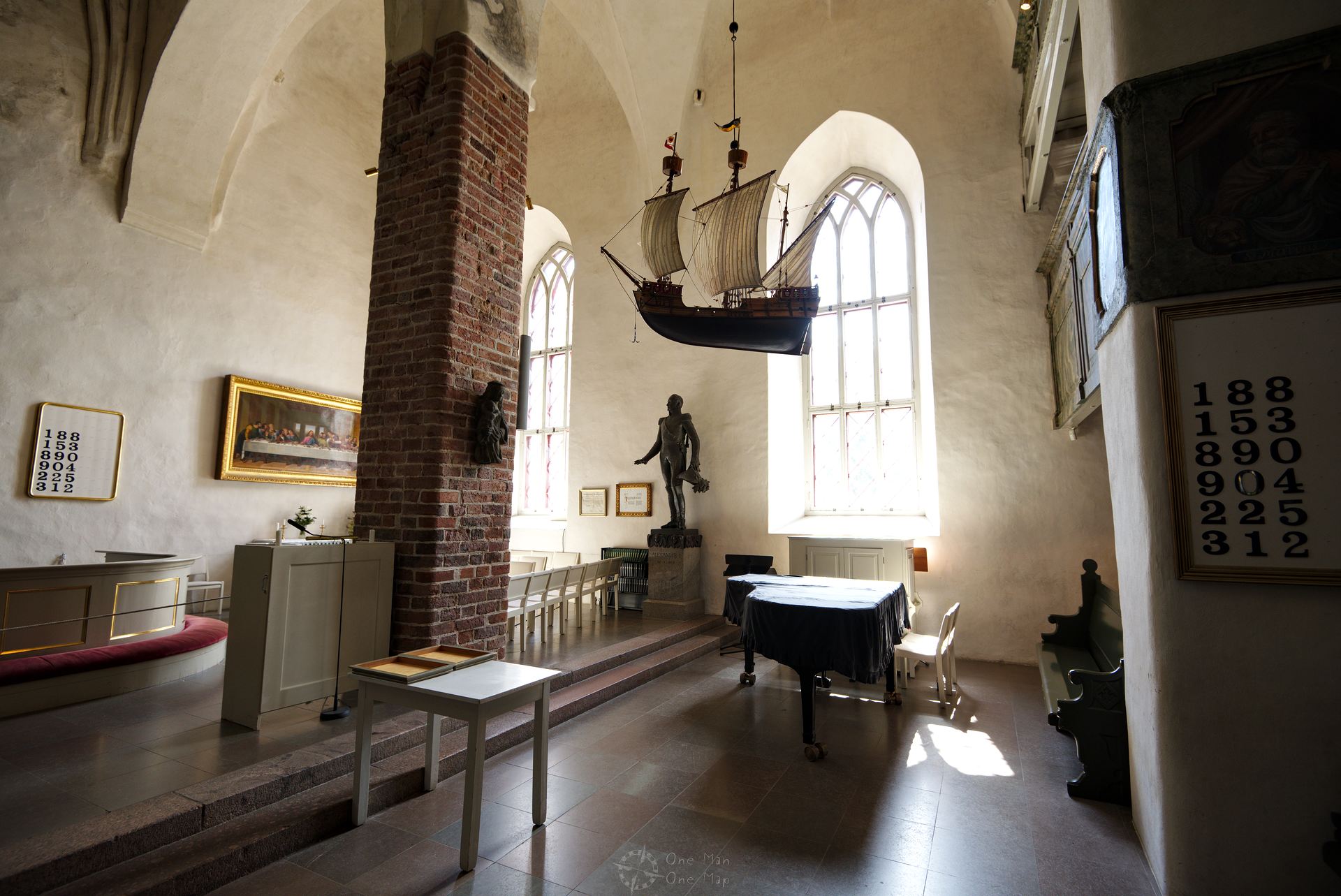 South of the cathedral lies the old town with its many wooden houses. In the 18th century a conflagration destroyed about two thirds of the buildings, but all were rebuilt in the exact same spot as before. When a new development plan for the growing city was presented in the 19th century, the whole area was about to be demolished. The resistance of the population was so intense though that the buildings were spared and construction continued to the South and East instead.

If people back then had known how many tourists would come to Porvoo a century later, they would probably never have come up with this development plan 😯 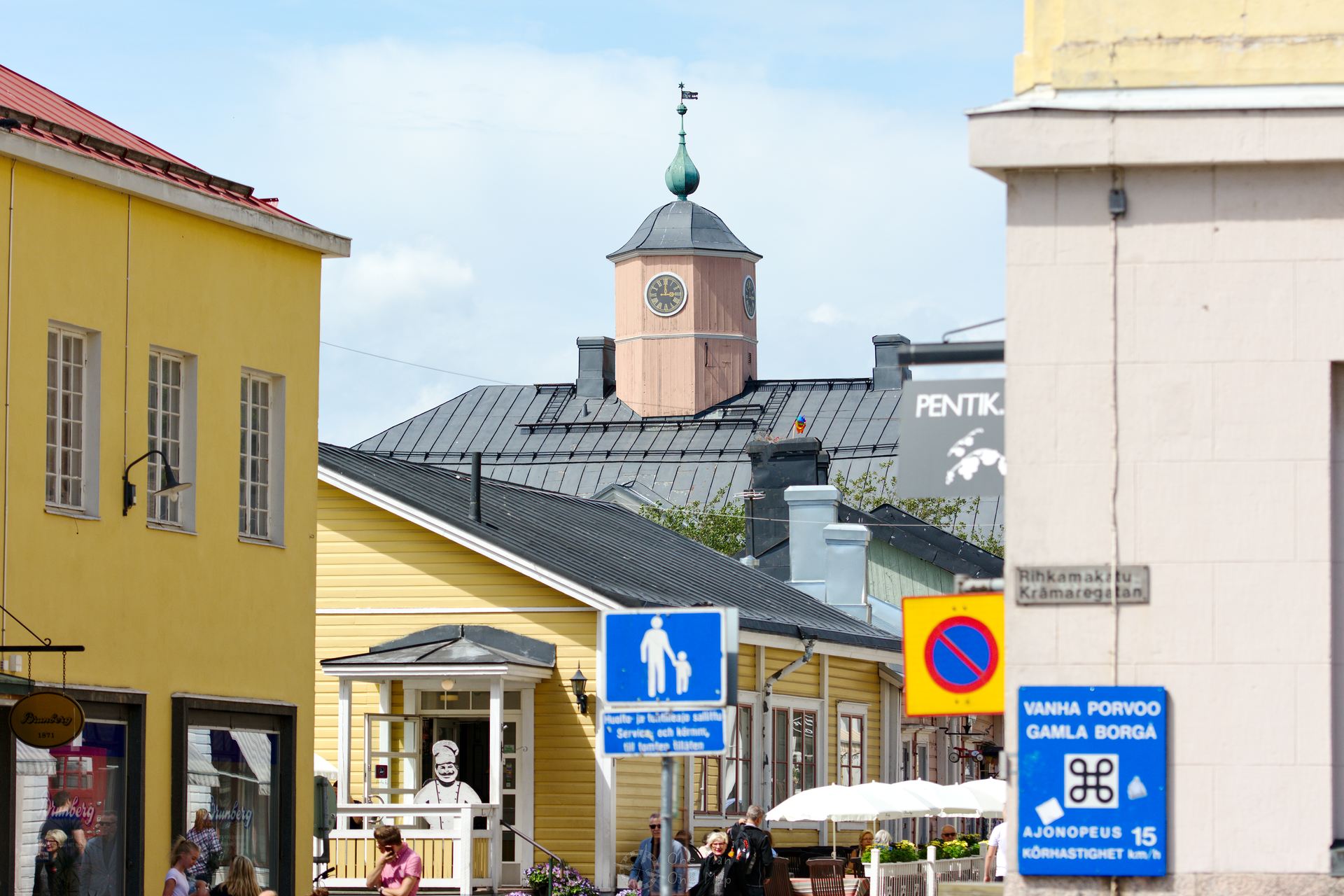 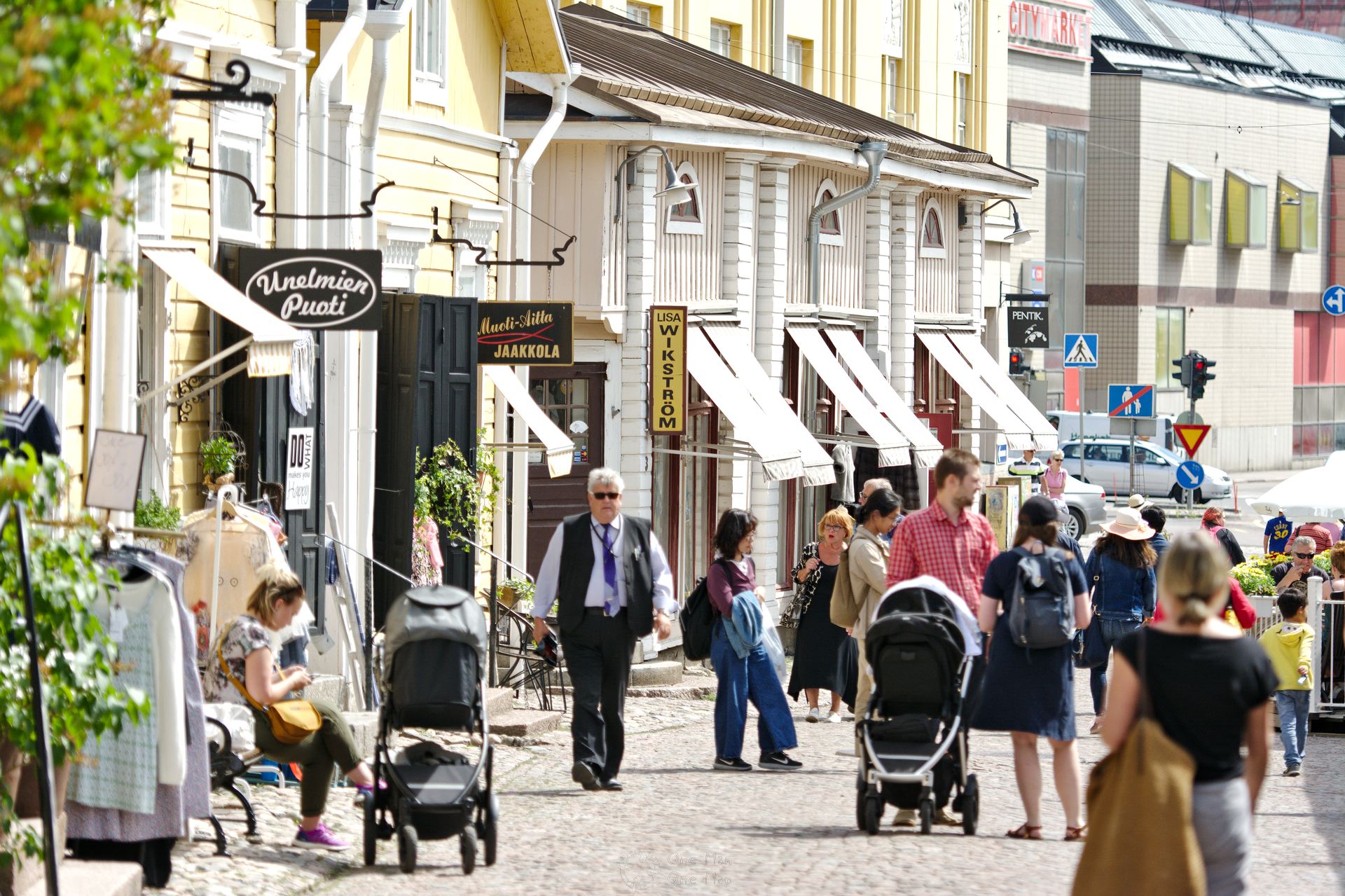 Porvoo is a bilingual city today, as can easily be recognized from the street signs. All Finnish-speaking students are required to study Swedish as a compulsory subject, but most are not very enthusiastic about it. Although Swedish accounts for up to a third of the population in coastal cities such as Porvoo, only just about five percent of the whole country’s population declare Swedish as their mother tongue. Several campaigns have called for the abolition of compulsory Swedish education in schools. 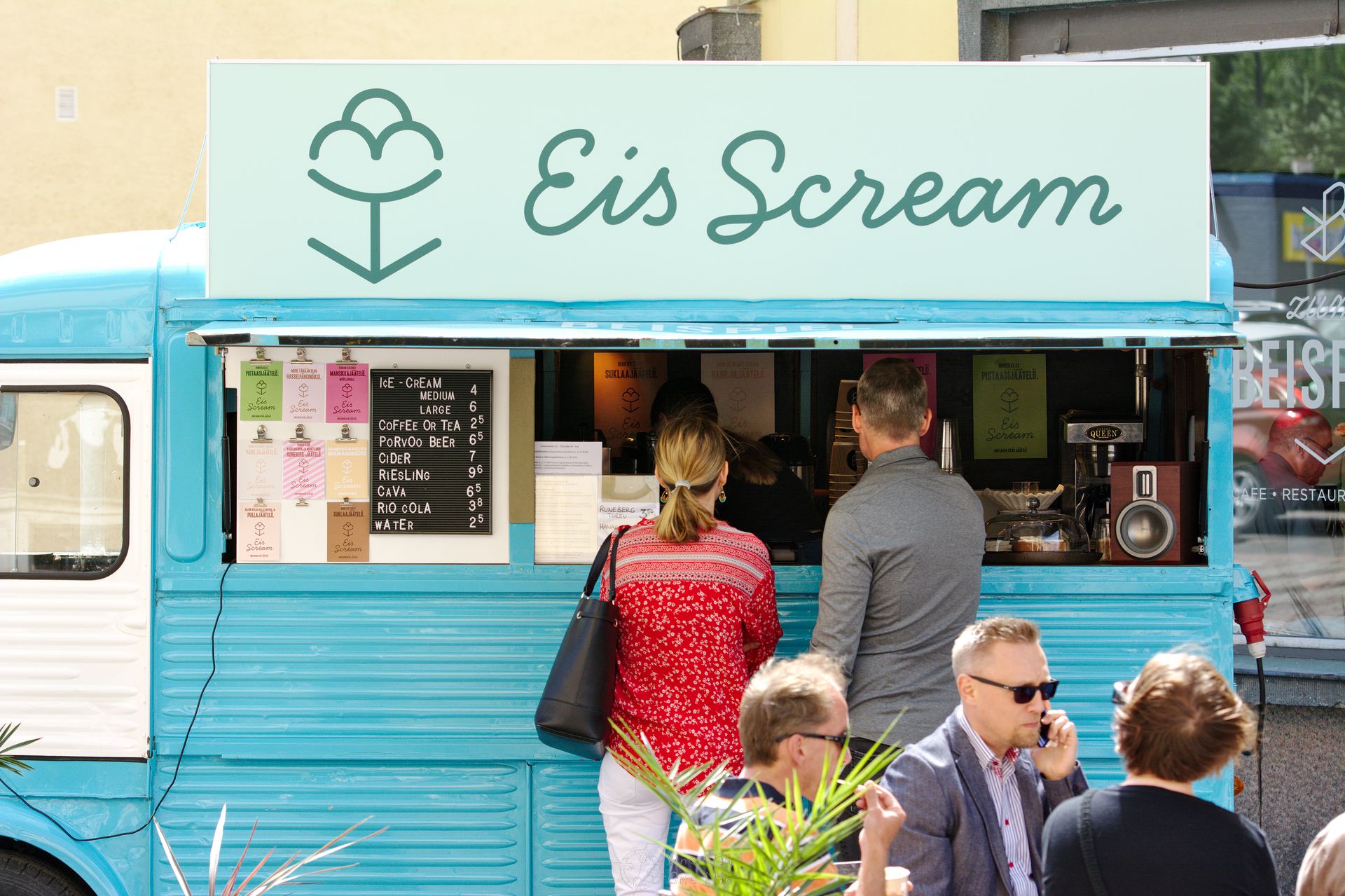 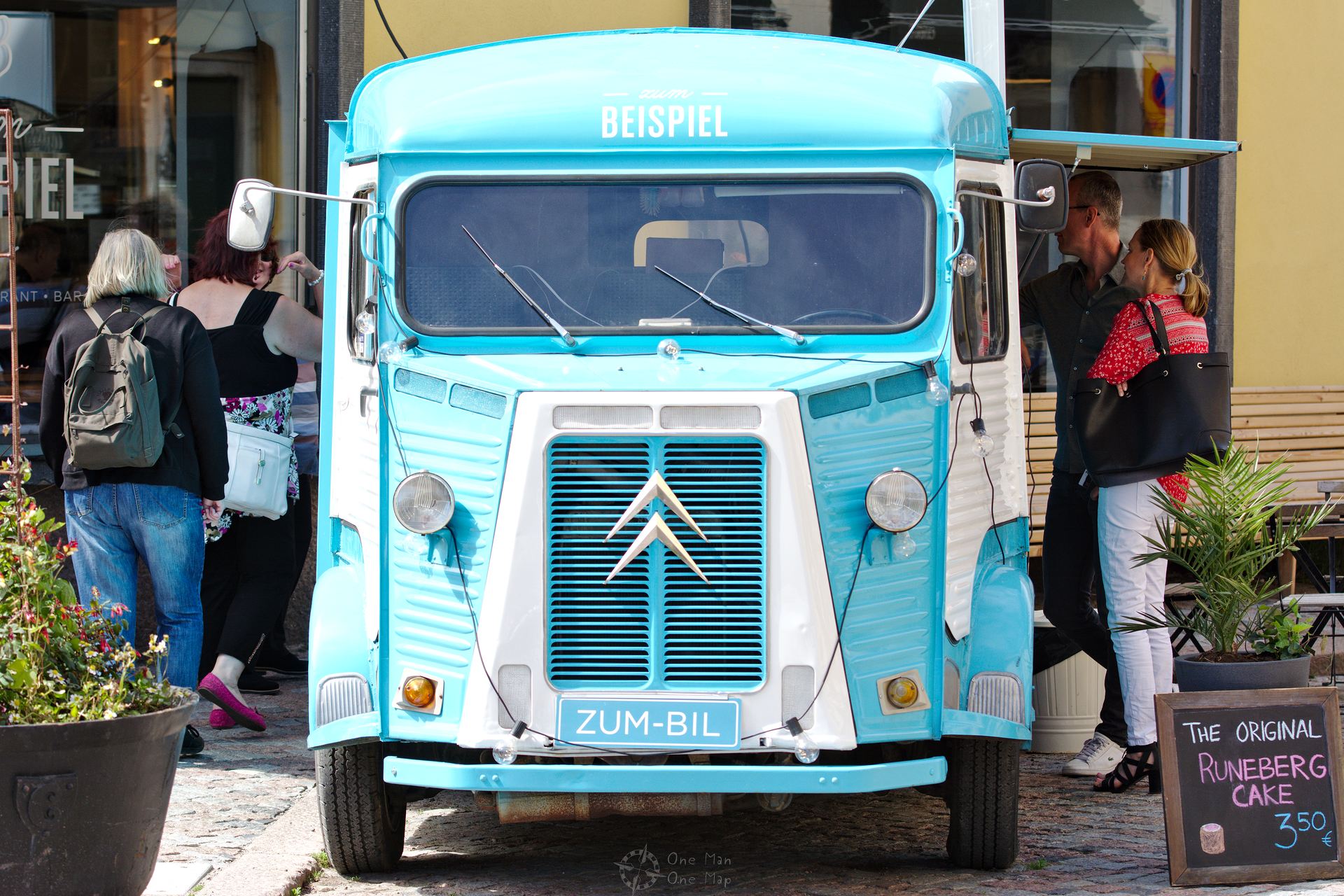 Runeberg cakes (Runebergintorttu or Runebergstårta) are a finnish-swedish pastry named after famous writer Johan Ludvig Runeberg. the dough i flavoured with almonds and rum and raspberry jam is put on the top inside a sugar ring. Usually the Finns only eat Runeberg cake on February 5th, Runeberg’s birthday, but because he is said to have enjoyed it for every breakfast during his stay in Porvoo you can buy it year round here. 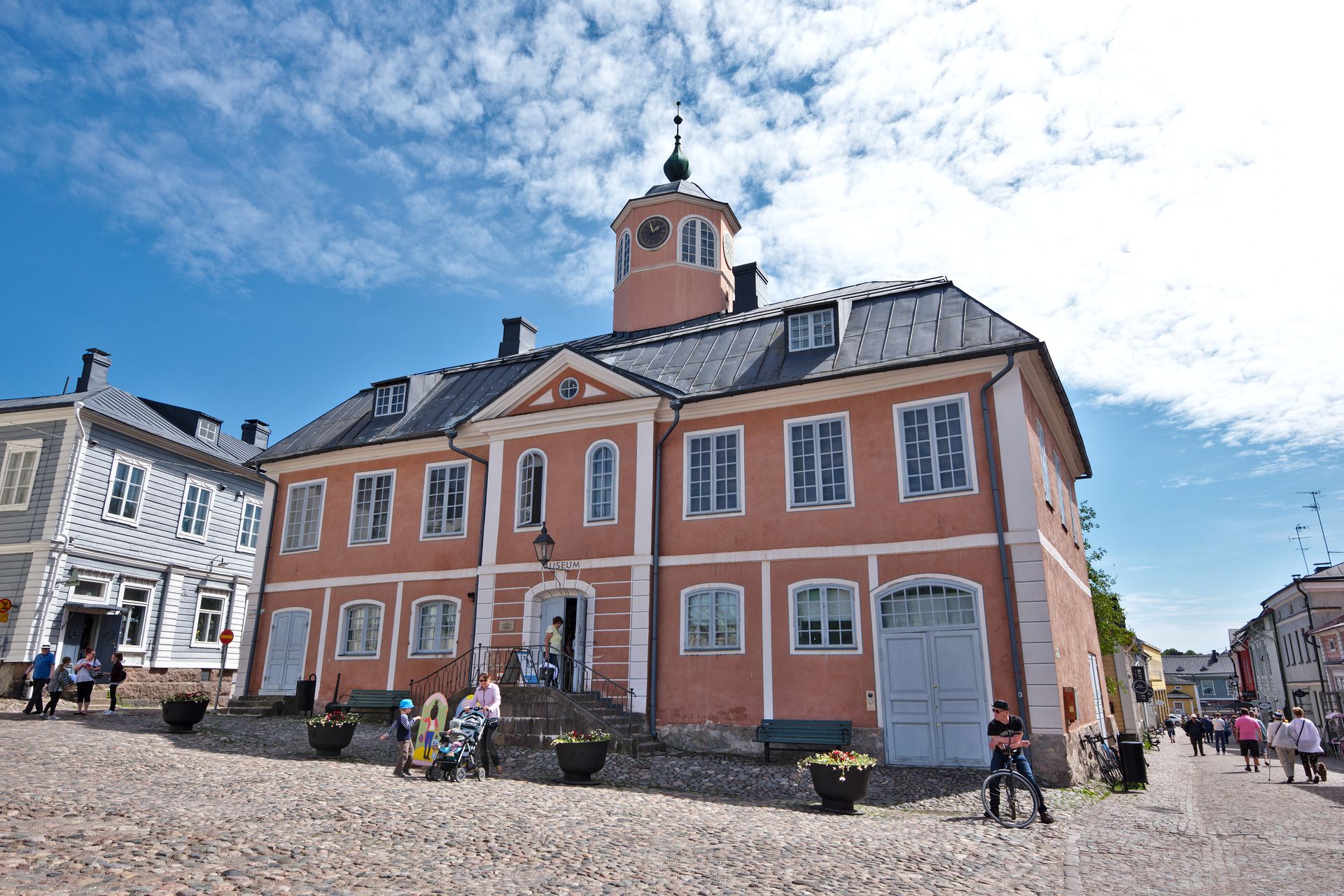 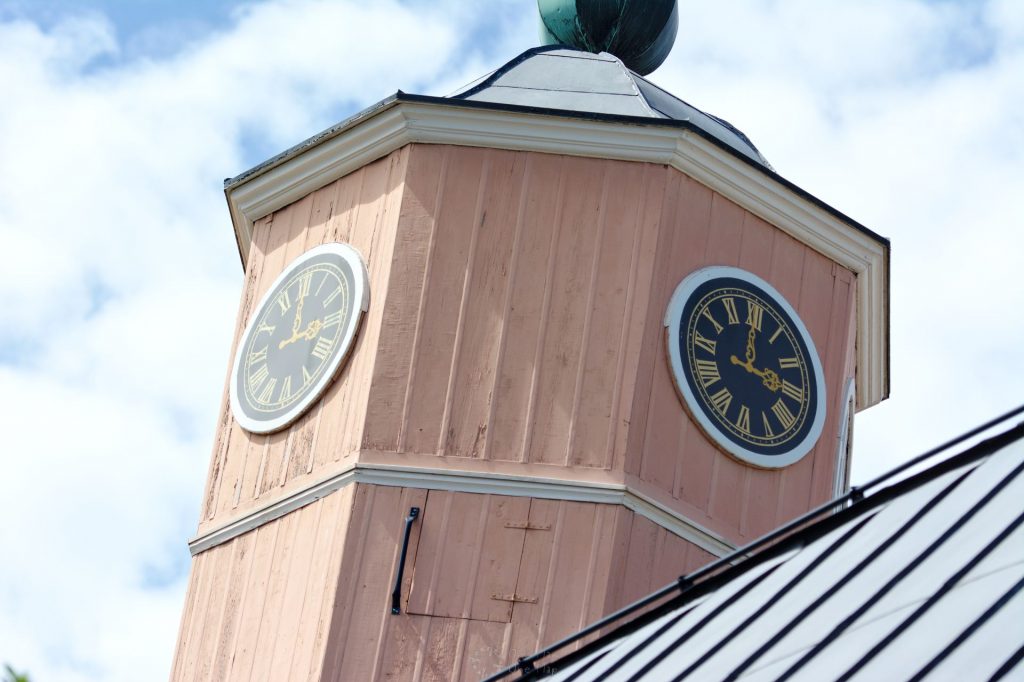 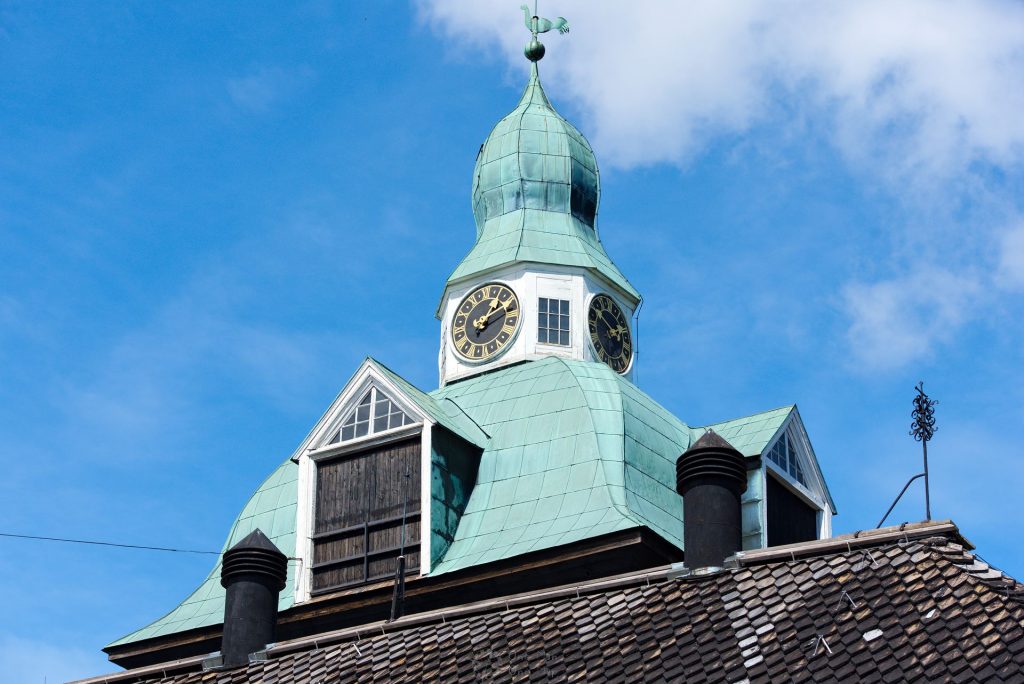 The old town hall now houses a museum. Autumn and Christmas markets on the town hall square attract additional tourists. According to official figures, Porvoo gets about 1.6 million visitors per year, most of them during the summer months. Certainly not an easy situation for the 800 Finns who still live in the old town all year round… 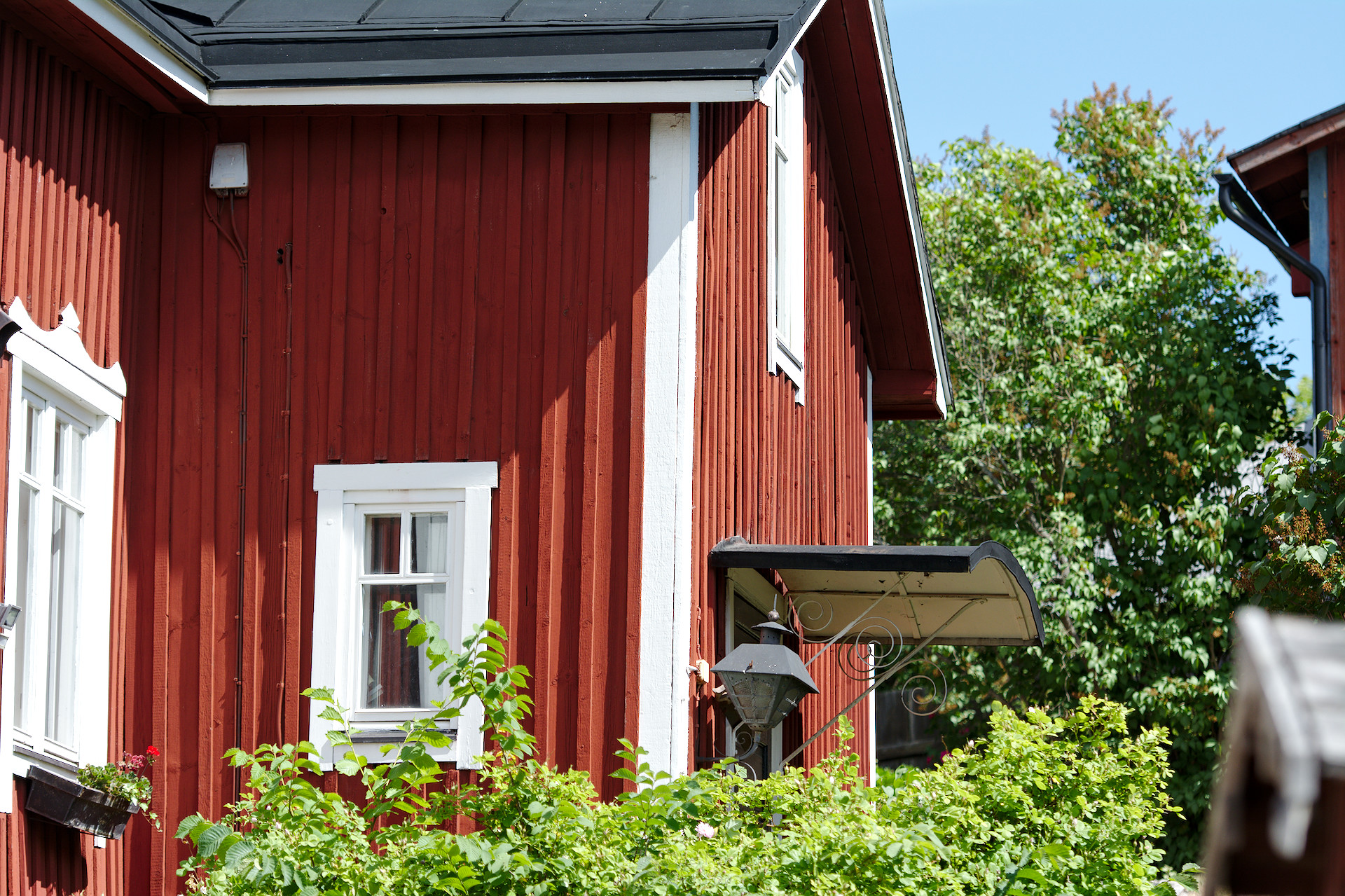 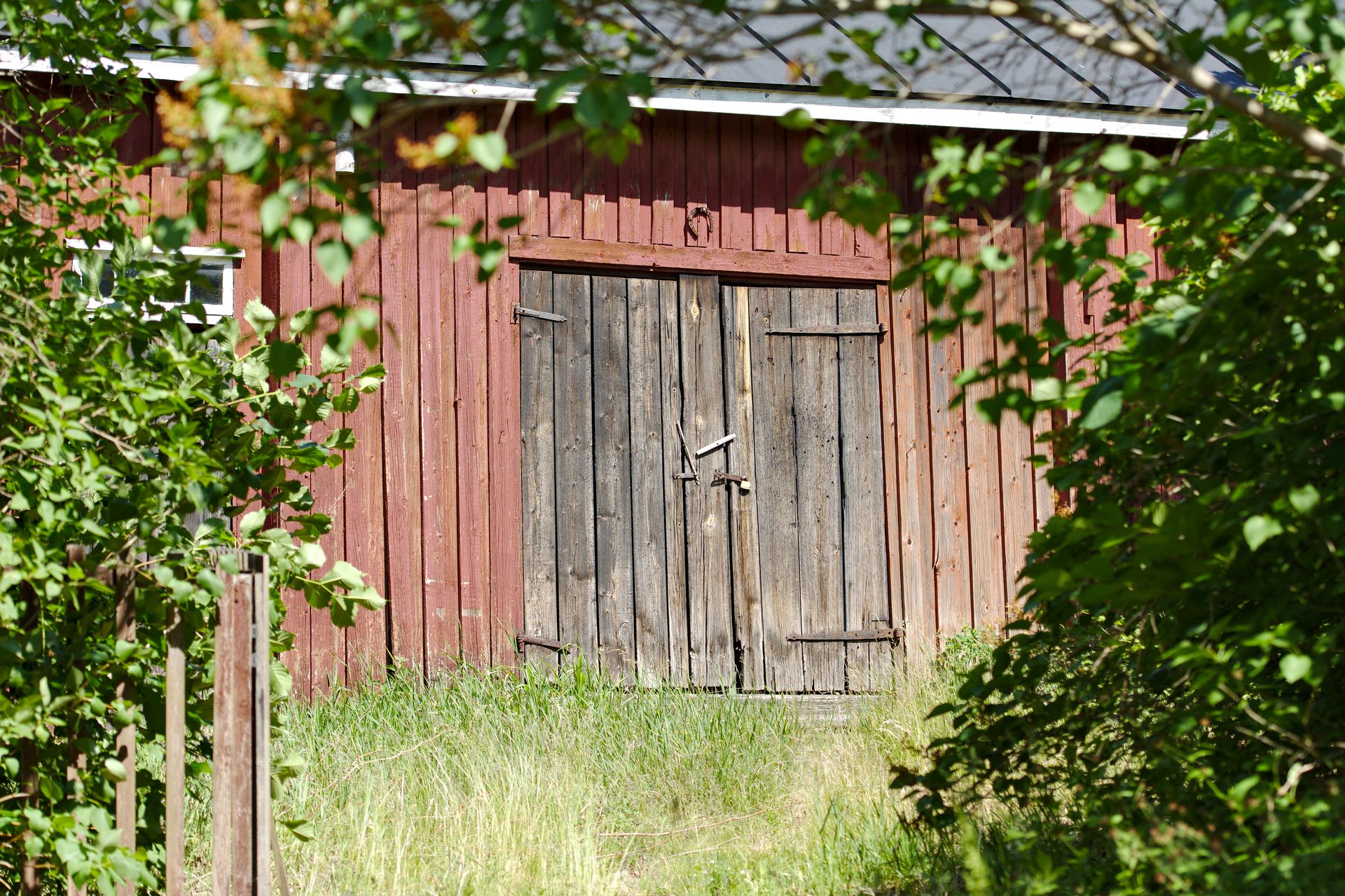 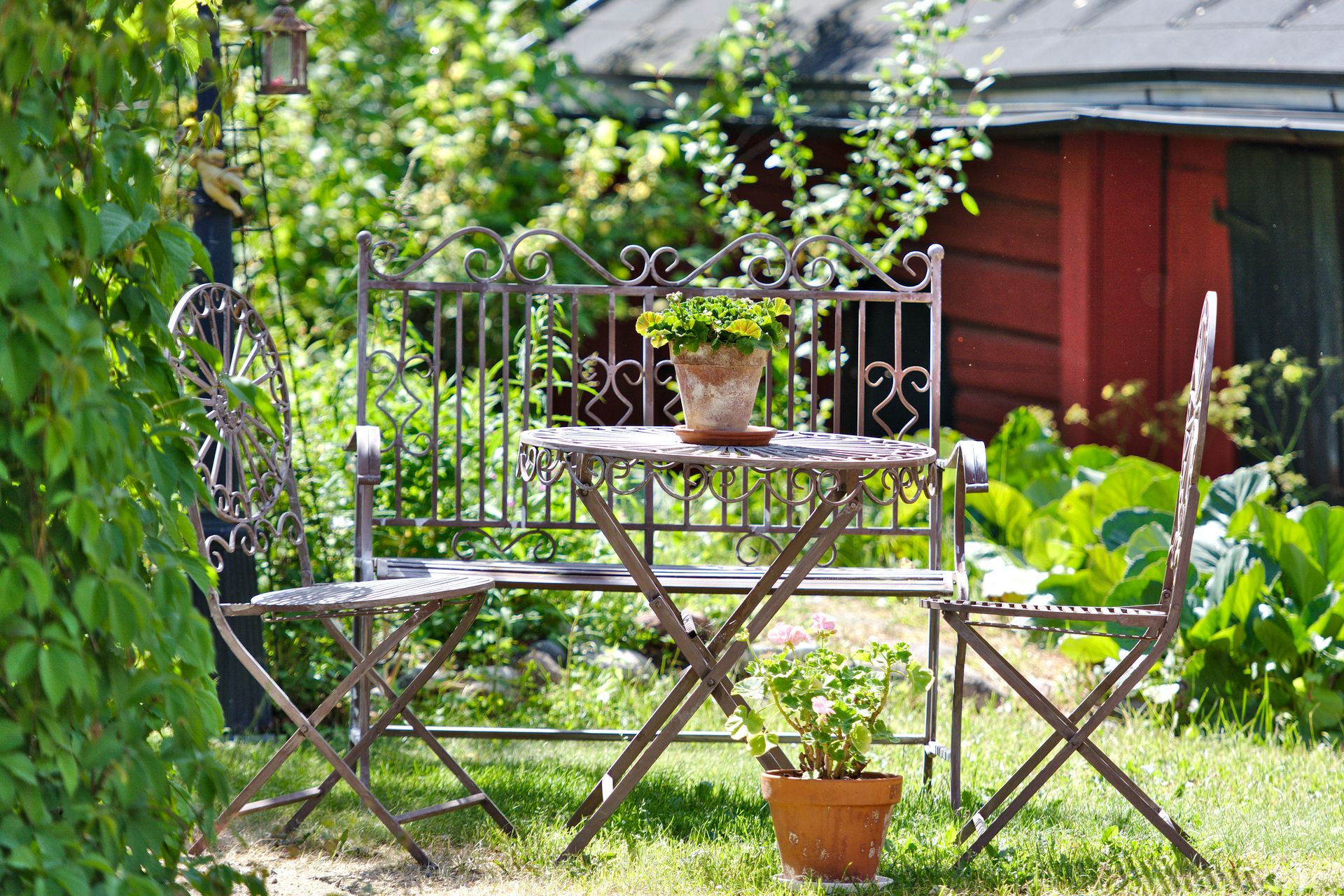 The wooden houses don’t just happen to look exactly like they do in Sweden by chance. For almost 600 years the Swedish ruled present-day Finland, until the Russian Empire finally took the land from them. But Finland didn’t become a normal part of Russia, instead it became an autonomous Grand Duchy after the Diet of Porvoo.

After the October Revolution the Bolshevists granted all Russian citizens the right to determine their own fate. The Finnish Parliament took power on the same day and the official Declaration of Independence followed shortly after. Finland finally became a sovereign state for the first time in its history. 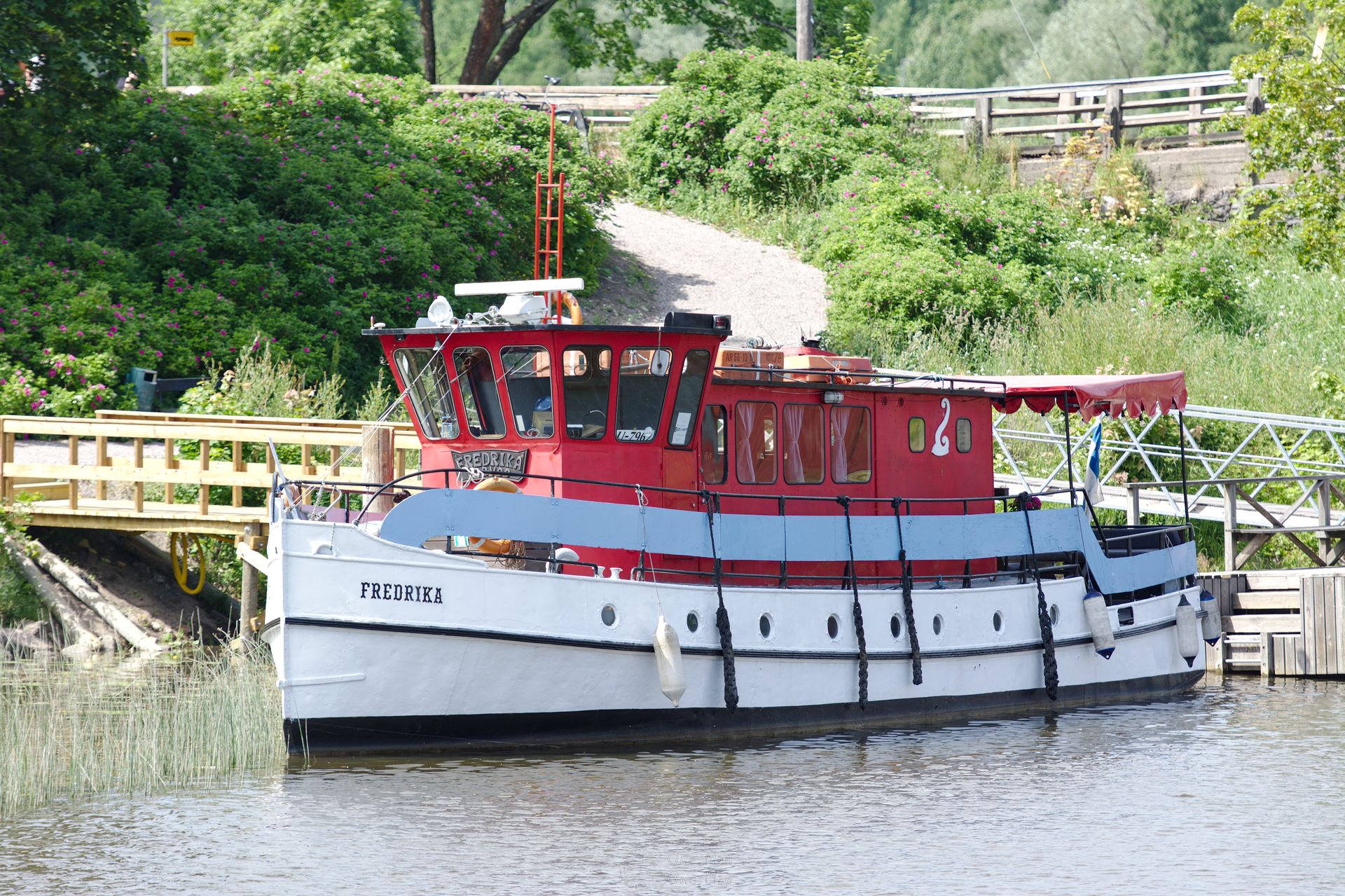 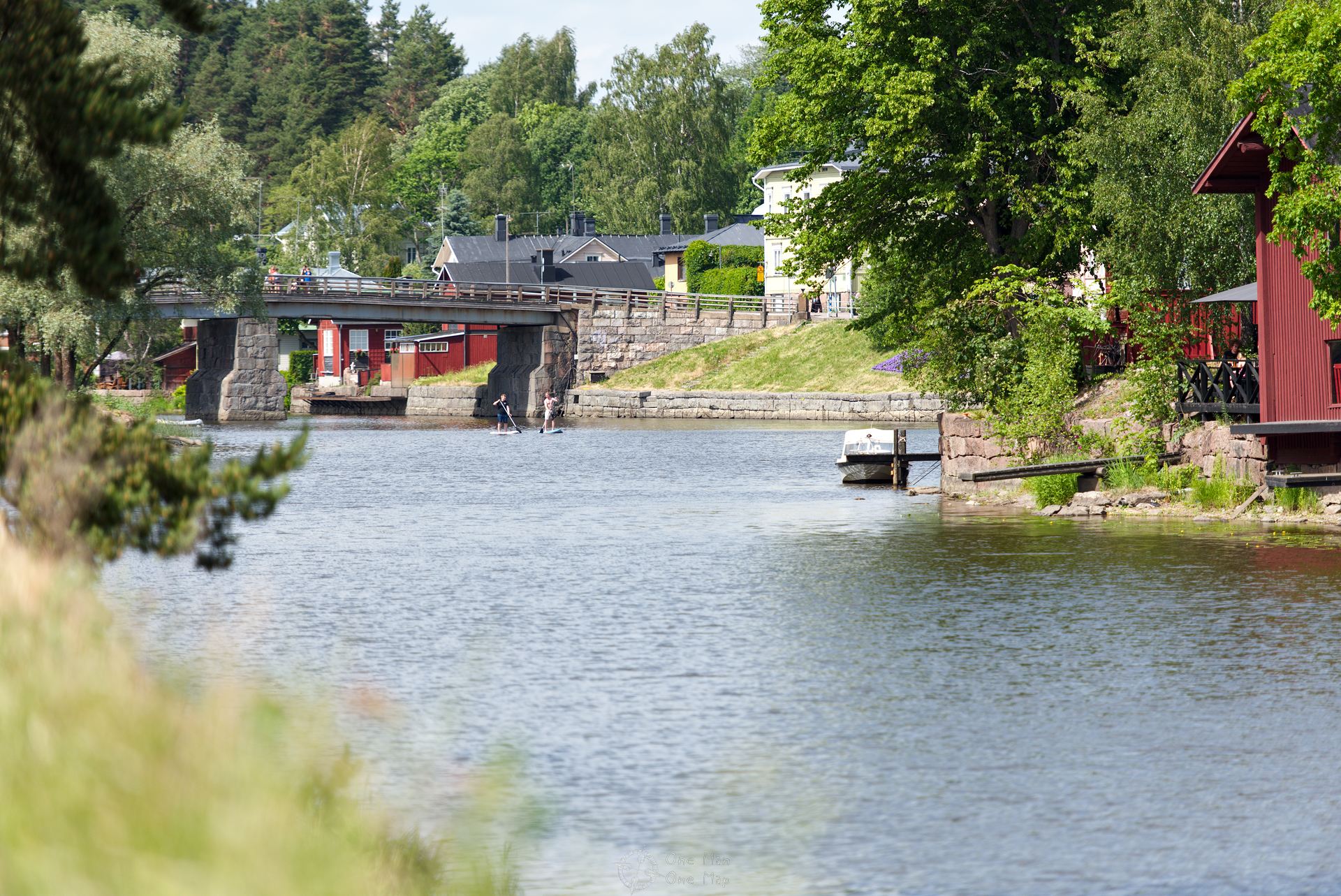 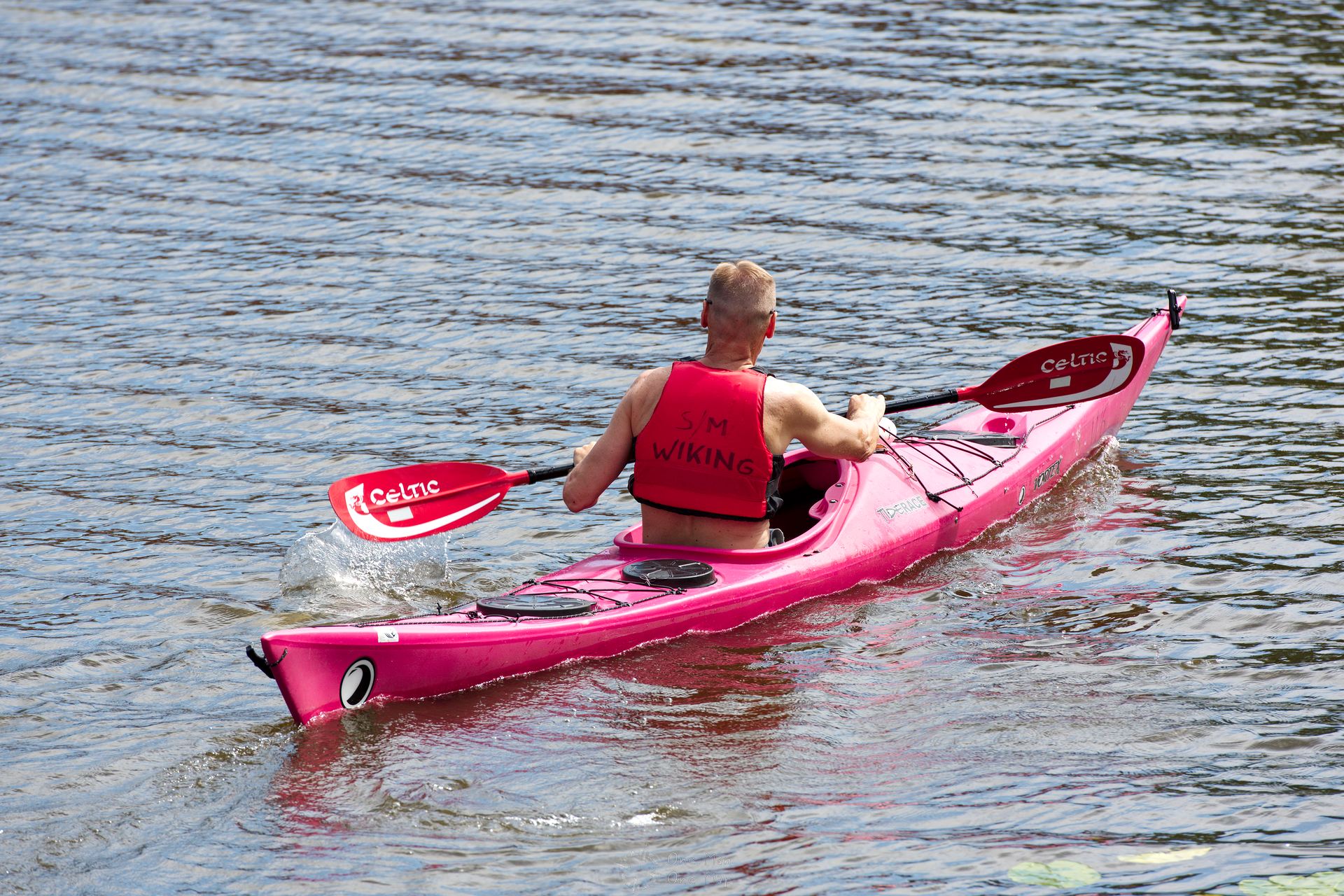 Most tourists come for the historical port facilities which line the river Porvoonjoki on it way through the old town. The actual Port of Porvoo is now located further southwest at Kilpilahti, closer to the Gulf of Finland. The tourists are not supposed to see or smell the gigantic refinery which was built next to the new port in Kilpilahti, after all… 😉 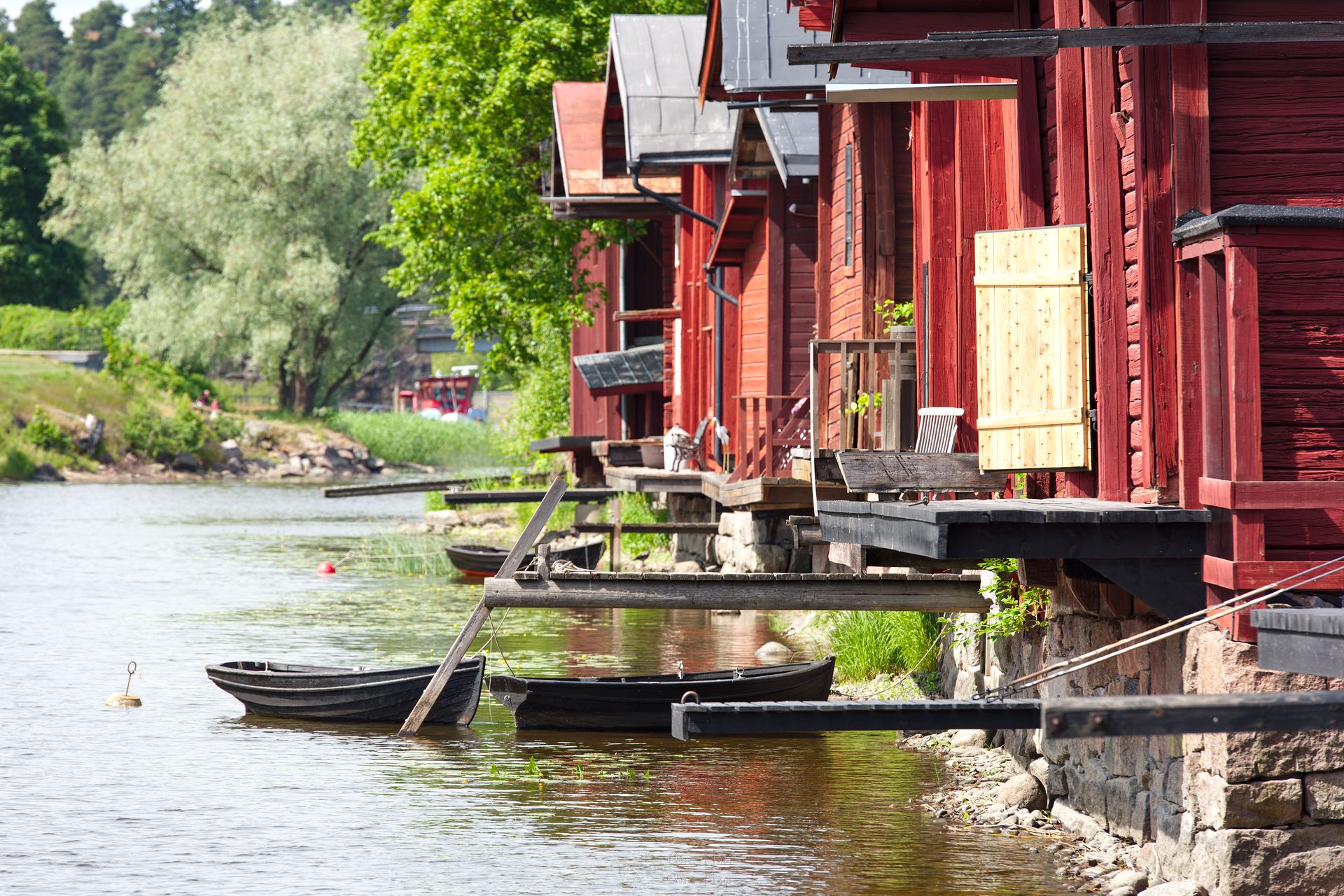 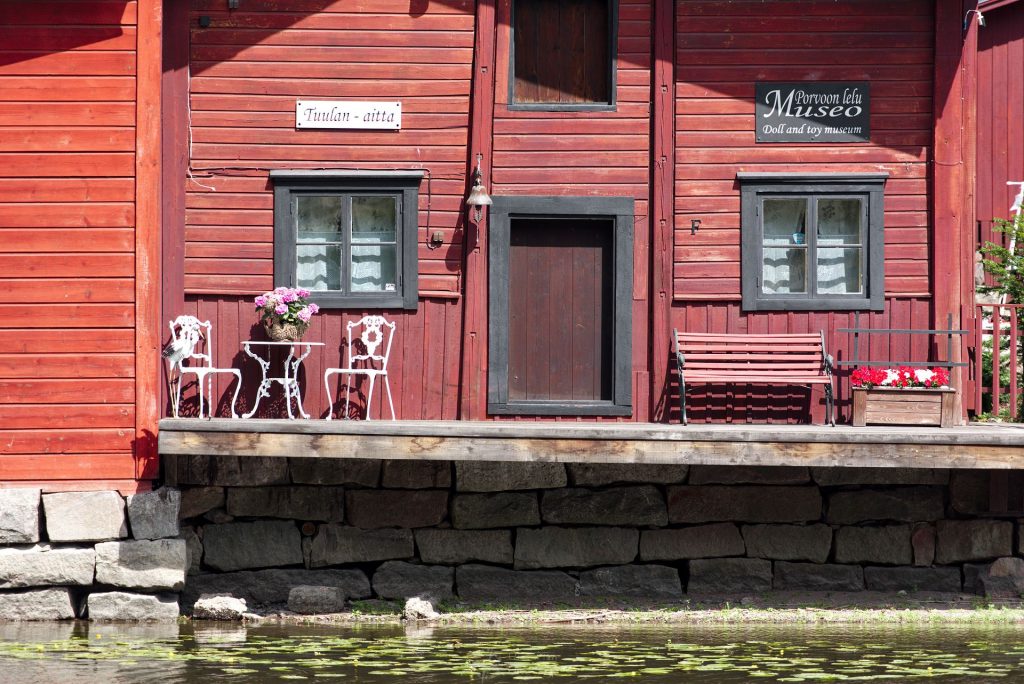 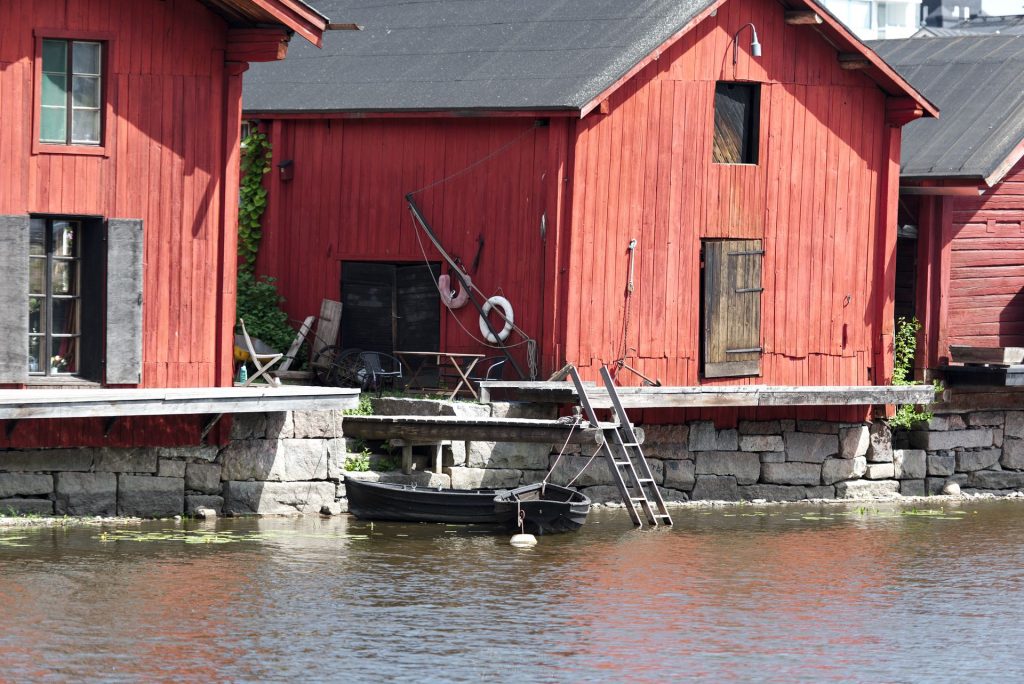 The harbour barracks were originally painted red in honour of the Swedish King Gustav the Third. In the past, exotic specialities from distant countries were stored here. During the 19th century the Helsinkiers already travelled to Porvoo to enjoy these specialities in its cafes and restaurants.

Today nothing is stored in the barracks anymore and the cafés, and restaurants have moved in, but the specialities remained. Due to the vicinity to the Baltic Sea fish dishes made from baltic herring and salmon are highly popular. For dessert a visit to the small chocolate manufacturer Brunberg, whose truffle chocolate has become famous all over the world, is a must. 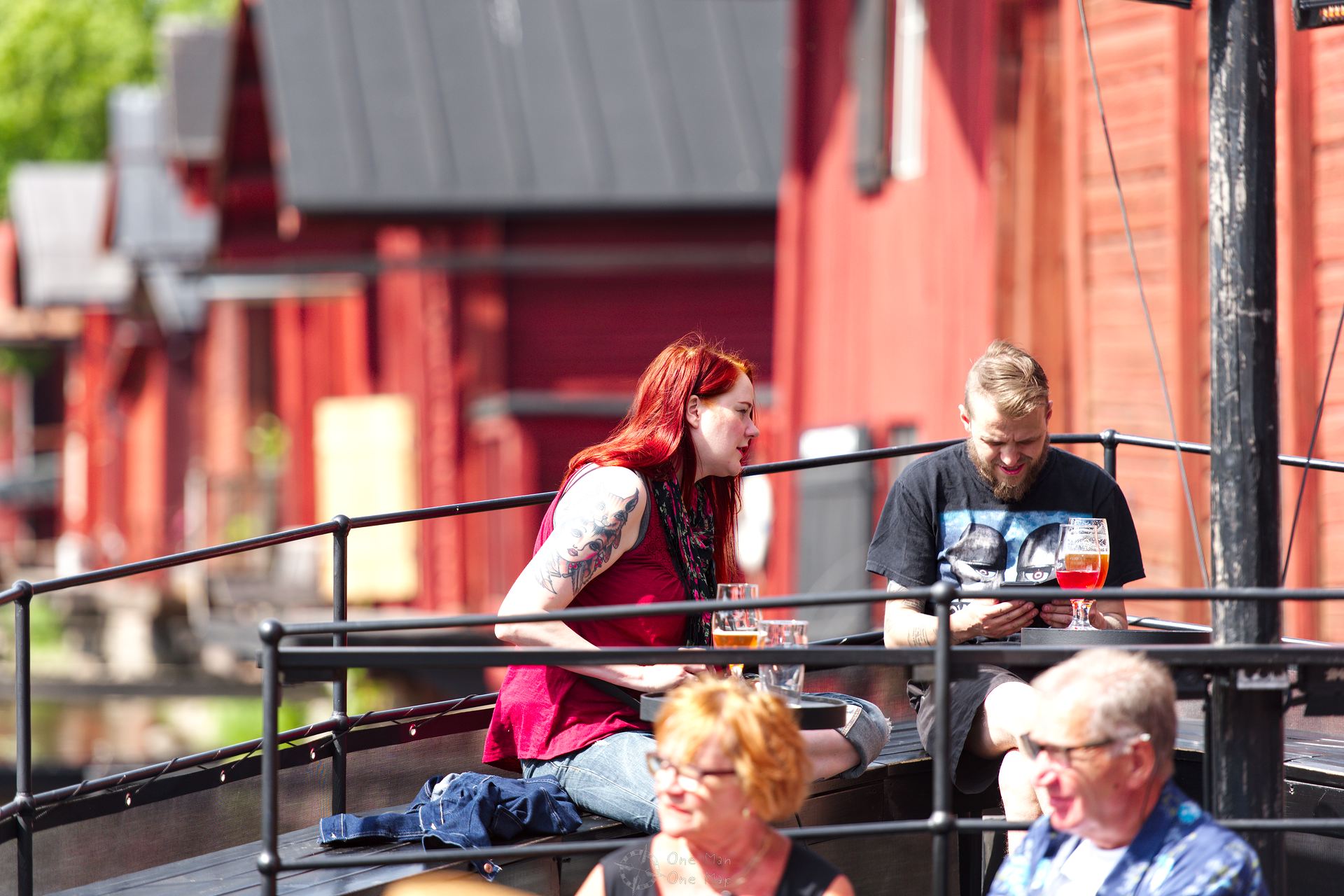 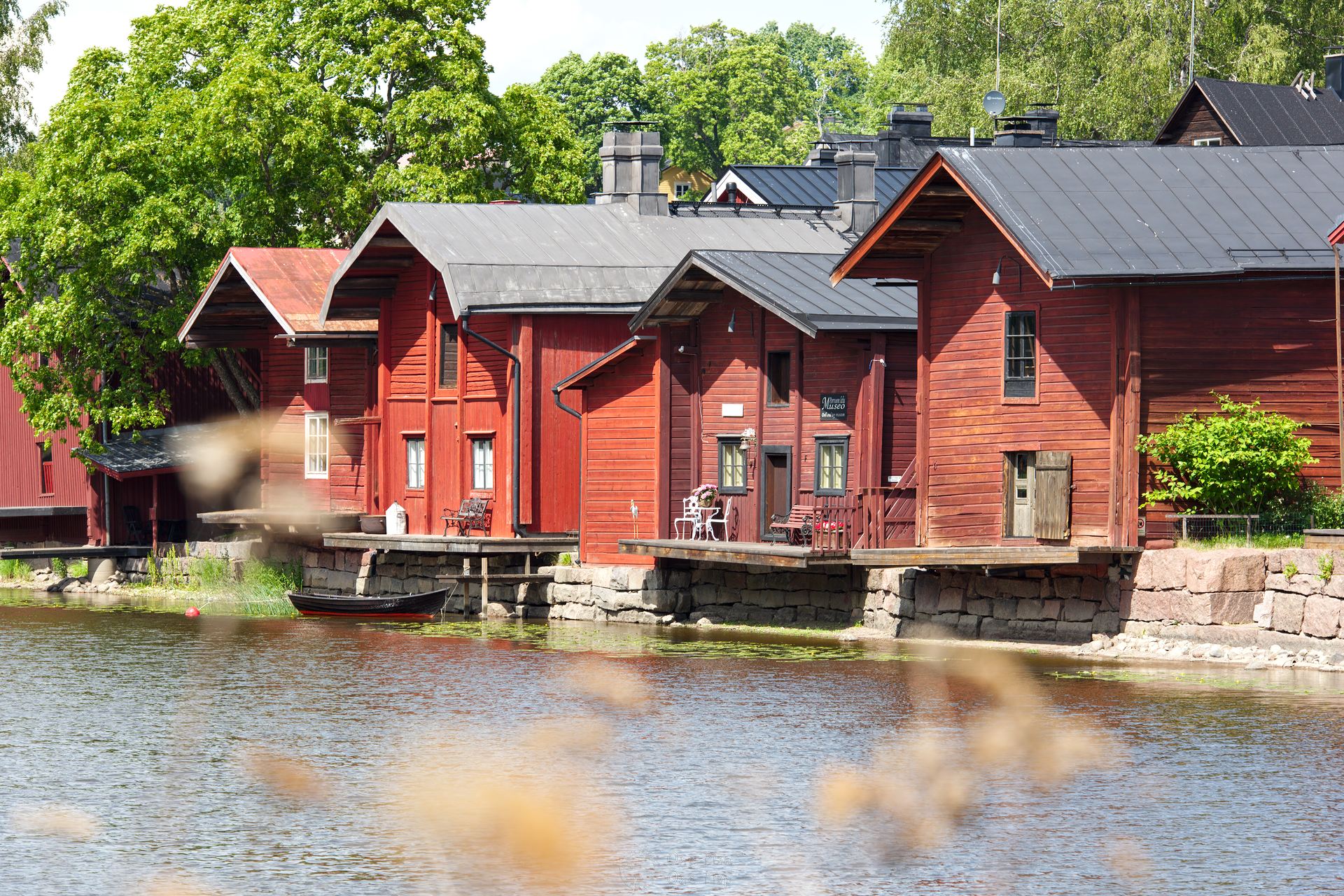 Curious about Finland? You can find more posts about the country in Europe’s far north, including beautiful hiking tours, in the corresponding category 🙂