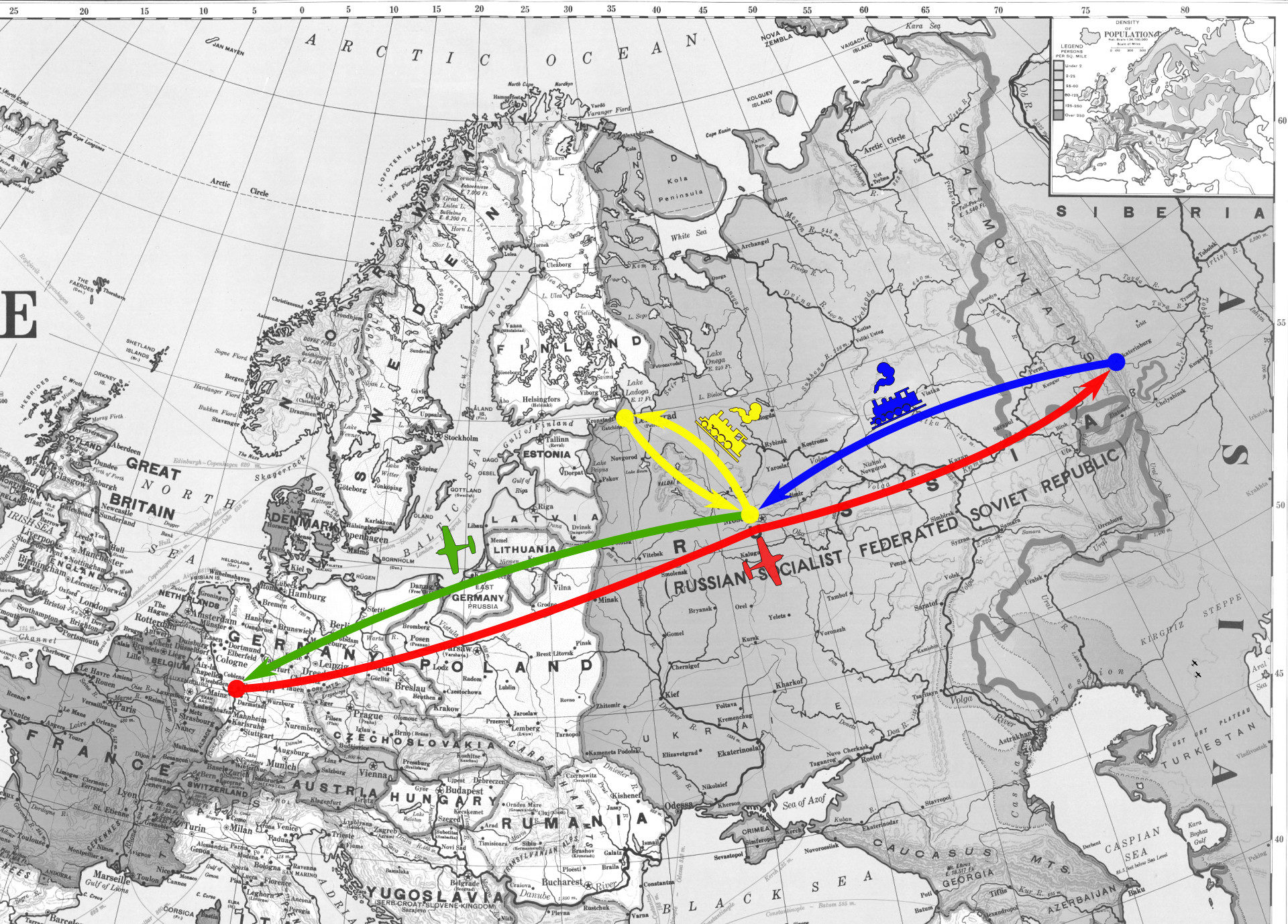 I’m a train nerd and so I’ve always wanted to go to Russia and ride both the Trans-Siberian Railway and the Сапсан (“Sapsan”, russian for “Peregrine falcon”, a variant of the german ICE). While sitting over my travel plans for the year 2017, it became apparent that there would be a two-week “hole” in my calendar between February and June. Somewhere in my mind a memory about a huge military parade in Moscow in early summer or so started shouting loudly. One Google search later I knew that the yearly “Victory Day” (День Победы) parade would be held on May 9, the weather was supposed to be okay, and I had two weeks of time. Well, off to Russia to ride some trains and see some nuclear weapons!

I wanted to ride Trans-Siberian Railway and the Sapsan, so Moscow and St. Petersburg were already set. Two weeks would not be enough to ride the full length of the Trans-Siberian Railway from China and also visit places. But to be honest I didn’t want to sit in the same train for days on end, one or two nights would be enough for my taste. Therefore I could hop onto the train at some station along the route, near the next international airport. 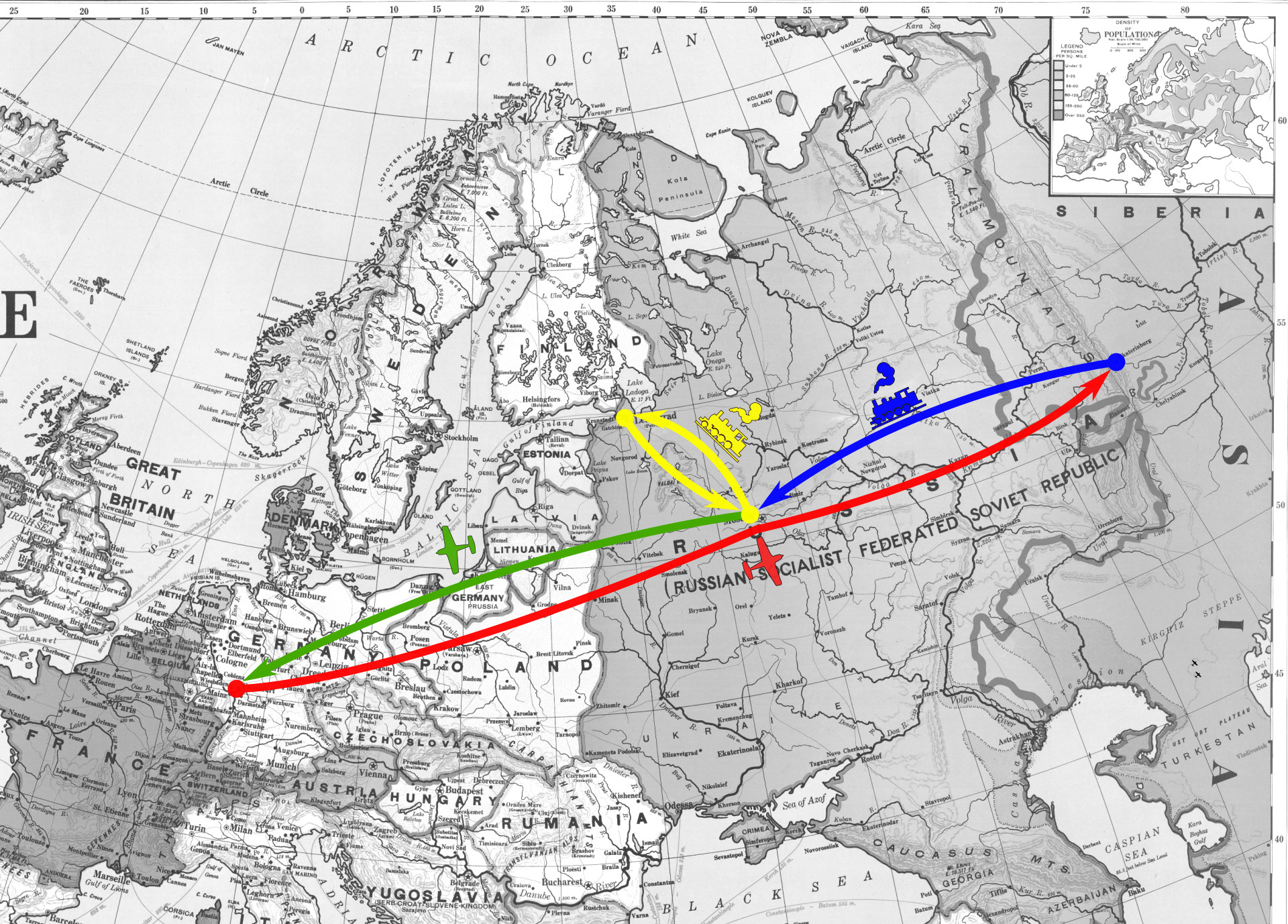 In the end I settled on the route Yekaterinburg → Moskau → St. Petersburg. Yekaterinburg is located in western Siberia in the Urals region and about 25 hours from Moscow by train. Train number 15 leaves at 8:20 AM and arrives in Moscow at 9:23 AM the next day, so I had a full day for the “Transsib-Feeling” and left the train well-rested in Moscow.

For the return flight there were two options: either fly to Moscow and then continue to Frankfurt, or ride the Sapsan a second time back to Moscow and then fly to Frankfurt. Turns out the Train+Flight combination is not really slower than the two flights, but I thought it would be the more scenic option, so I went for the second Sapsan ride.

Usually I arrange all my travels on my own, and this time I just wanted to rely on a travel agency for the visa. But then I didn’t have as much time as planned, and the Terra Tavrika travel agency here in Karlsruhe, Germany made some very good offers (especially for the flights), so I ended up booking the flights, train tickets and hotels through them. 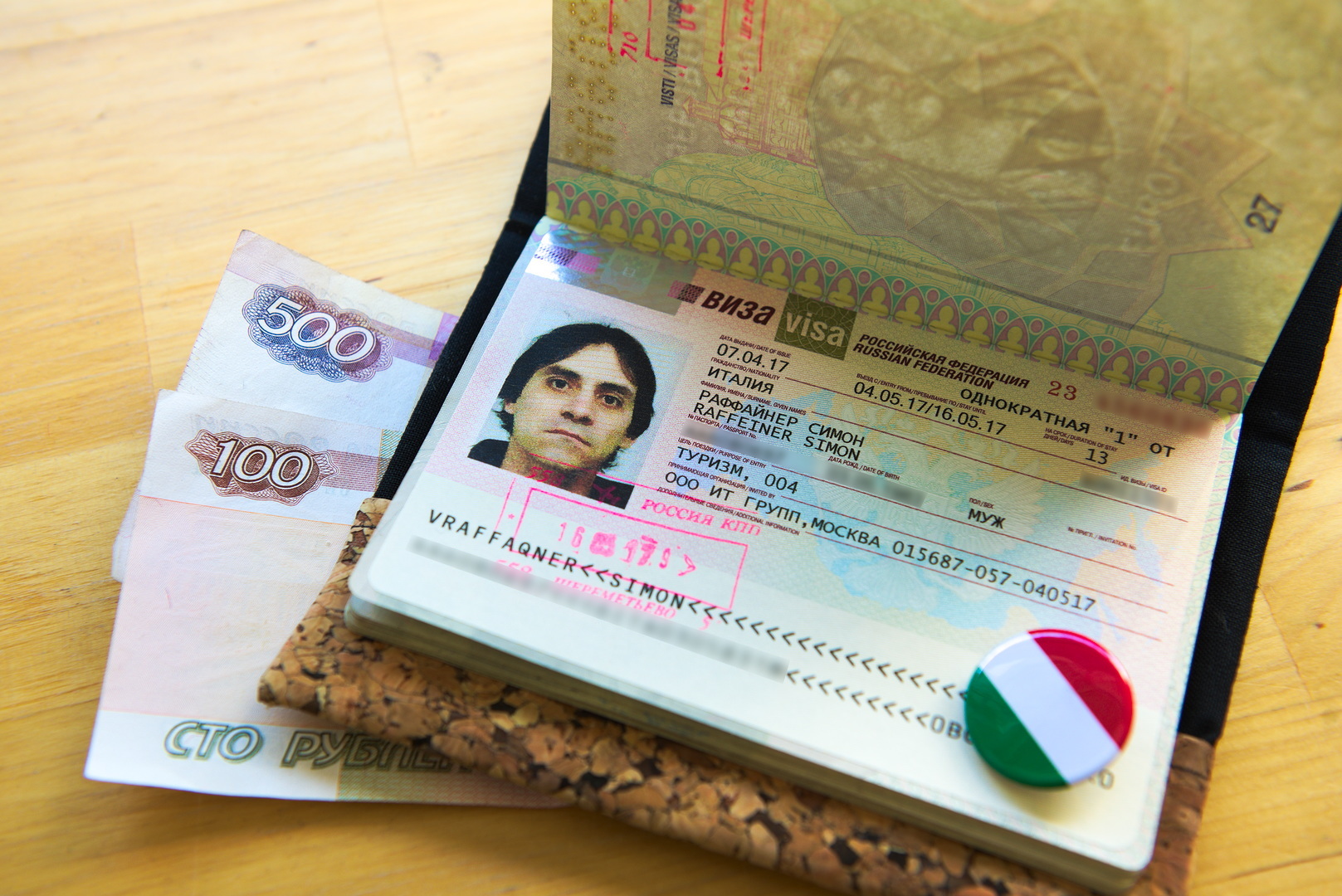 The visa arrived after two weeks and cost 95 euros, 85 for the visa itself and ten euros for the handling by the travel agency. Like in many other countries with “more strict” immigration rules (Vietnam, Laos, Indonesia etc.), the visa occupies a whole page in the passport and is only valid for the specified period of time. An additional “voucher” is attached to the passport and also states the period of validity, the visa type (“ТУРИСМ/Tourism” in my case) and the planned travel route within Russia.

The “migration card” filled out during immigration has to be kept for the emigration procedures when leaving the country. It is also mandatory to register with the local authorities, luckily the hotels will do that for you.

Russians do not only speak Russian, they also use the kyrillic alphabet. I already knew from various travel reports that English is not a reliable option outside of the obvious tourist destinations. Not being able to read street signs, maps, documents and not being able to read or write my own name or the hotel address in the local alphabet struck me as even worse. Usually one can get by with a lot of hand waving and pointing, but it slows things down considerably. 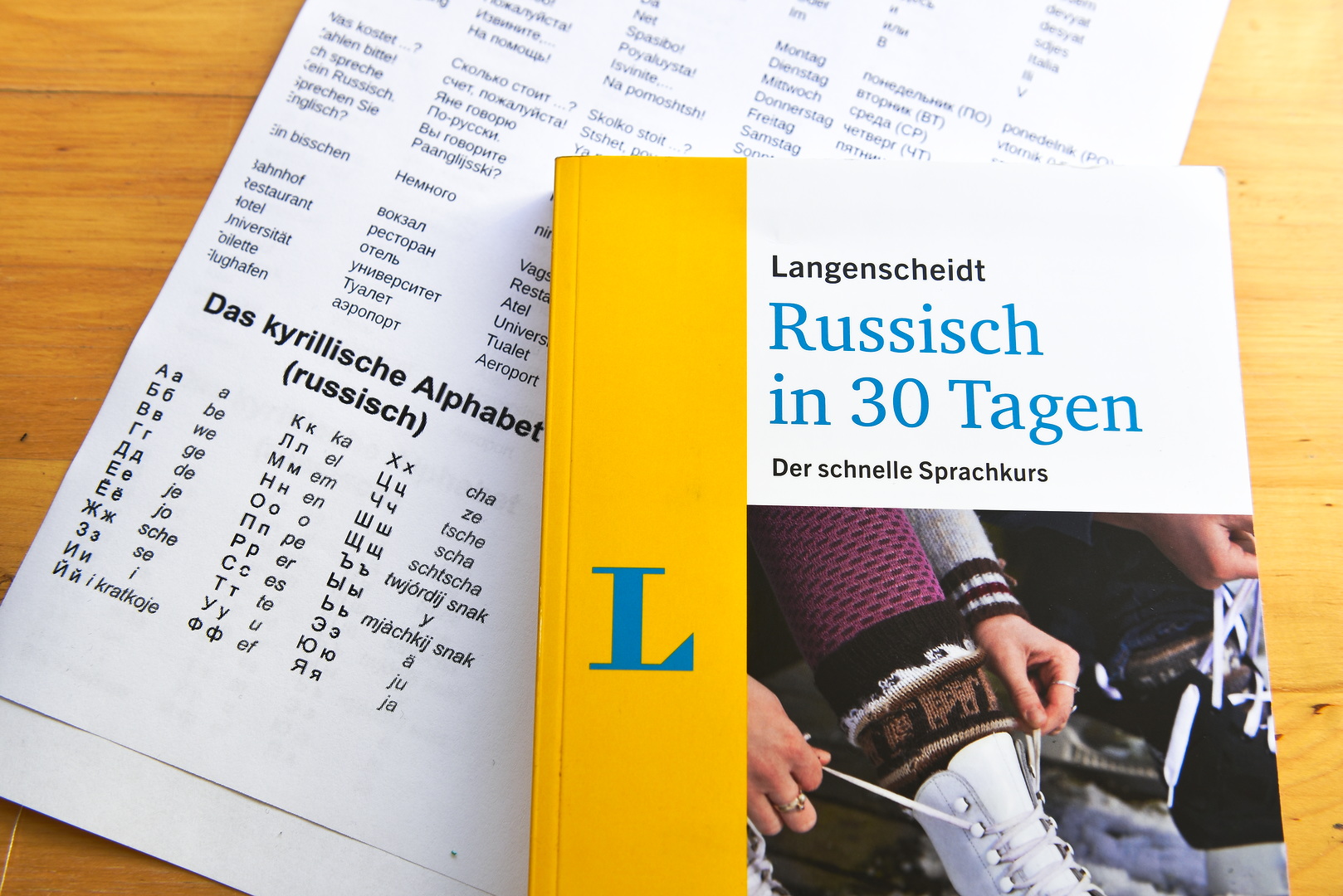 Therefore I had started to learn basic Russian about a month before the trip, using a 30 day fast-track course from Langenscheidt, the Babbel.com Android app, some language podcasts and by watching TV news in Russian. After about three weeks I hoped that I would be able to decipher the most important things on documents, be able to introduce myself, and ask for directions. Later I would find out that this amount of preparation was actually not in vain.

On a very grey and cloudy day I went to Frankfurt Airport as usual, hoping that the weather would be much better in Russia… 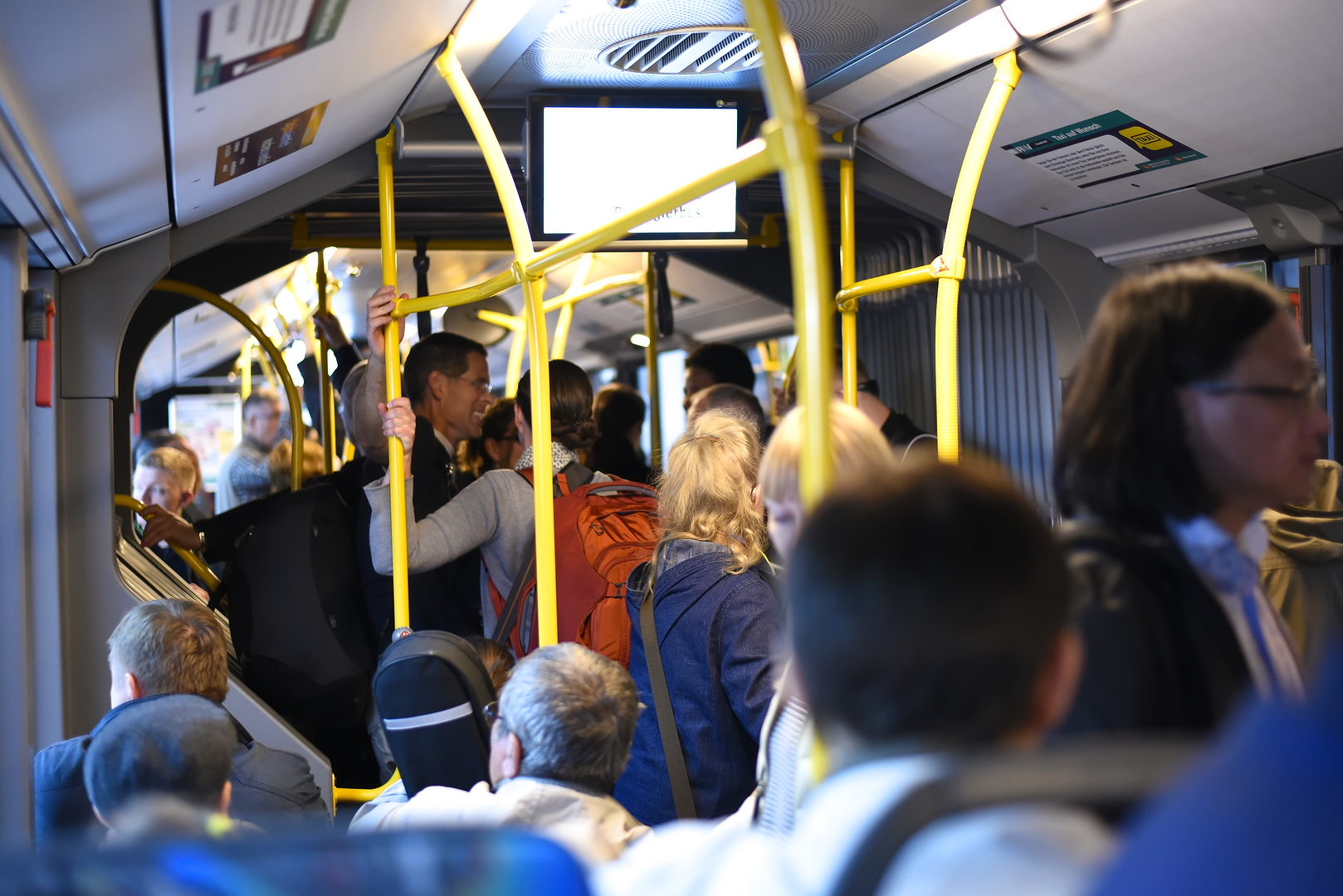 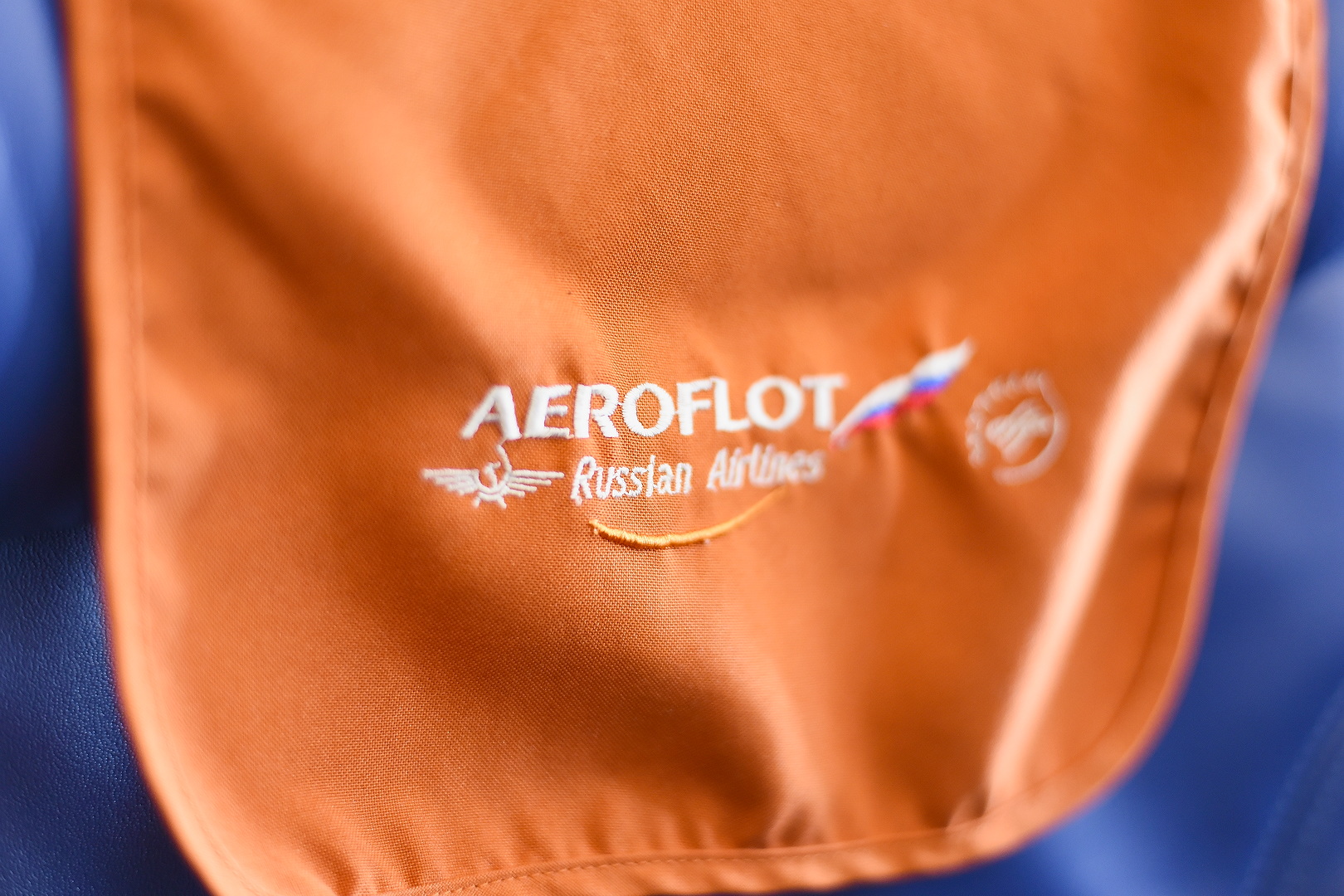 The flight from Frankfurt Airport to Moscow Sheremetyevo was uneventful. The immigration officer checked the visa, printed the migration card, and that was it. I was in.

The Terminal in Moscow looked new, the shelves and vending machines were full with “western” products and russian souvenirs. I couldn’t (yet?) find any of the President Putin devotionalia they always show on german TV, though. 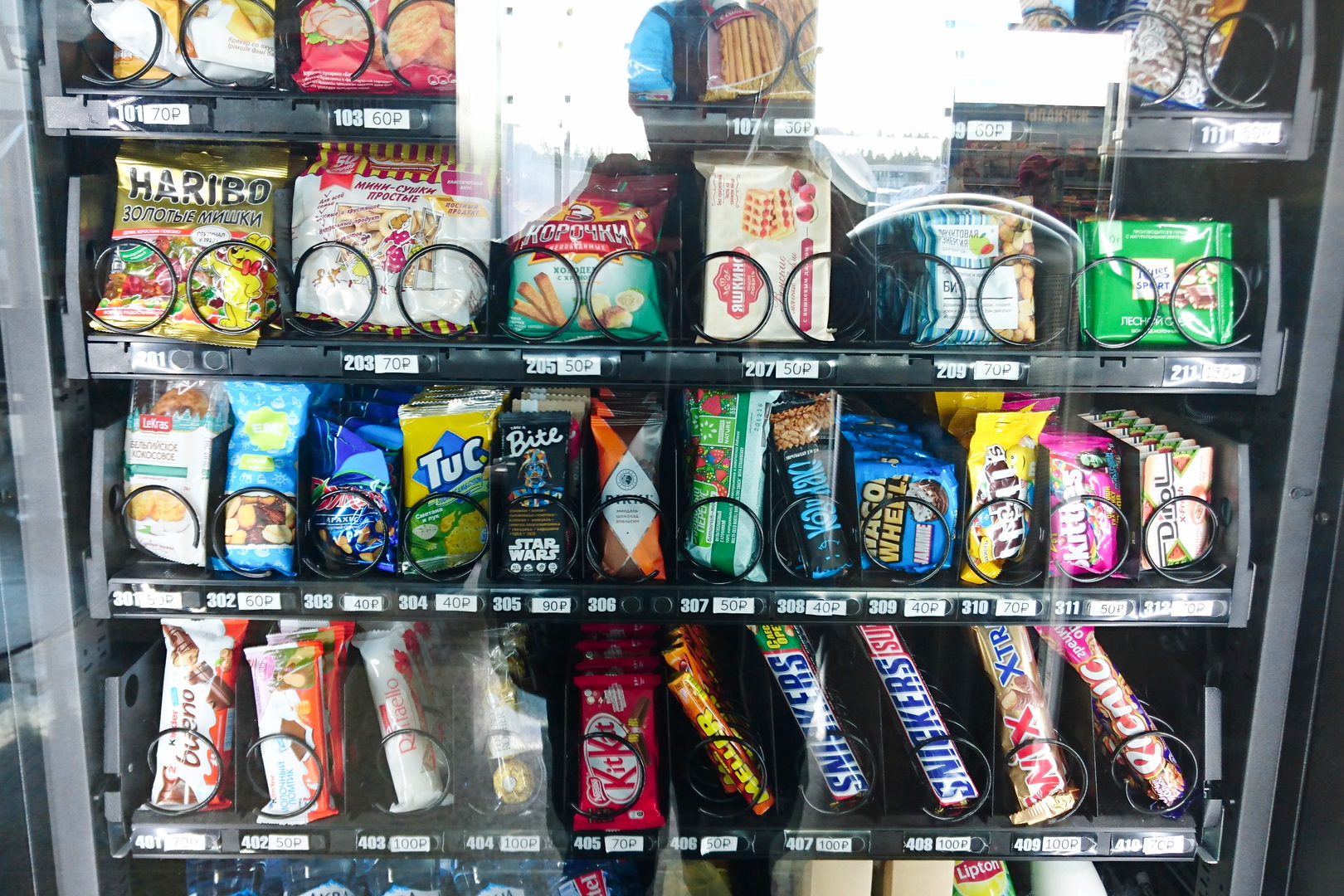 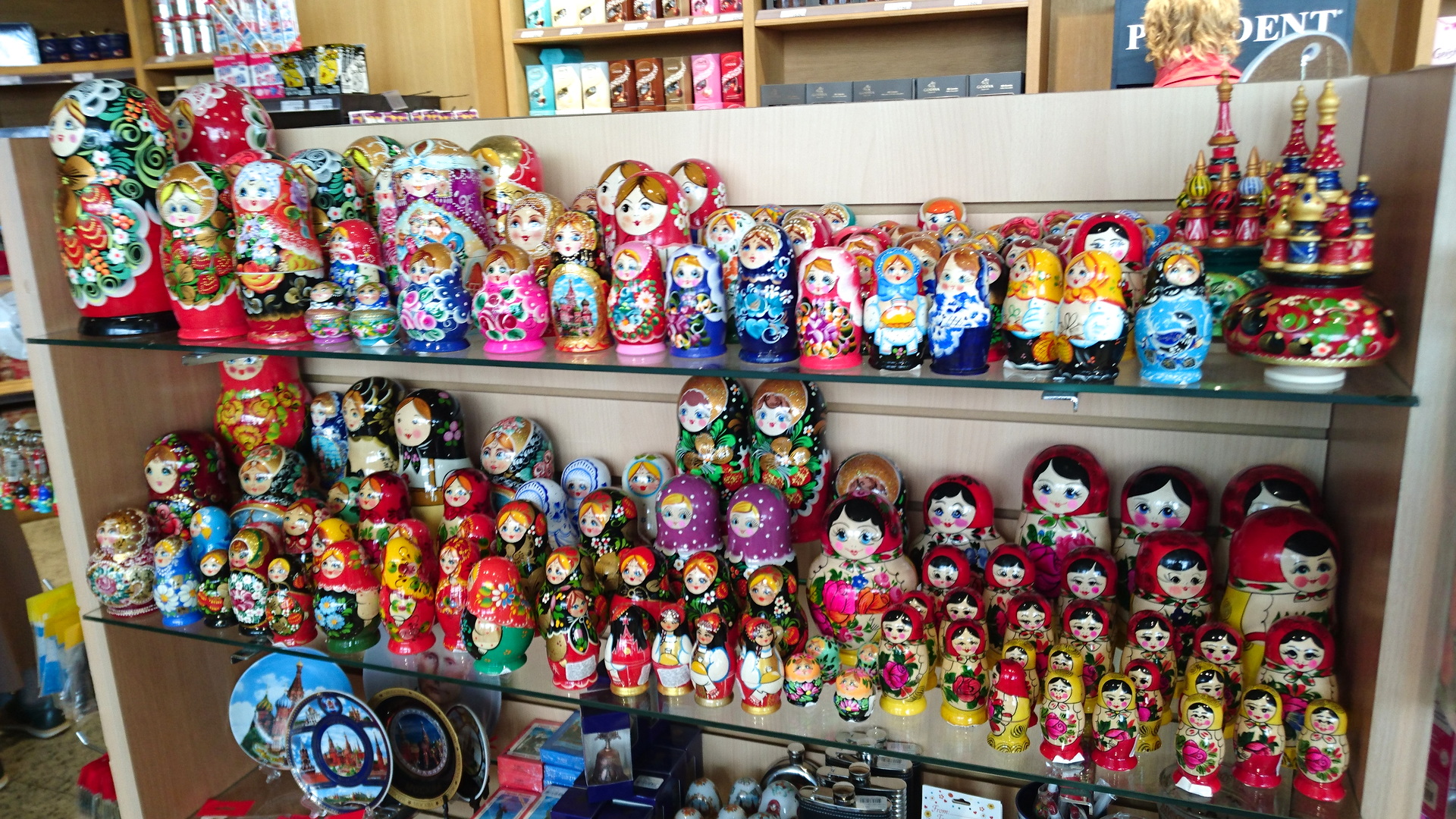 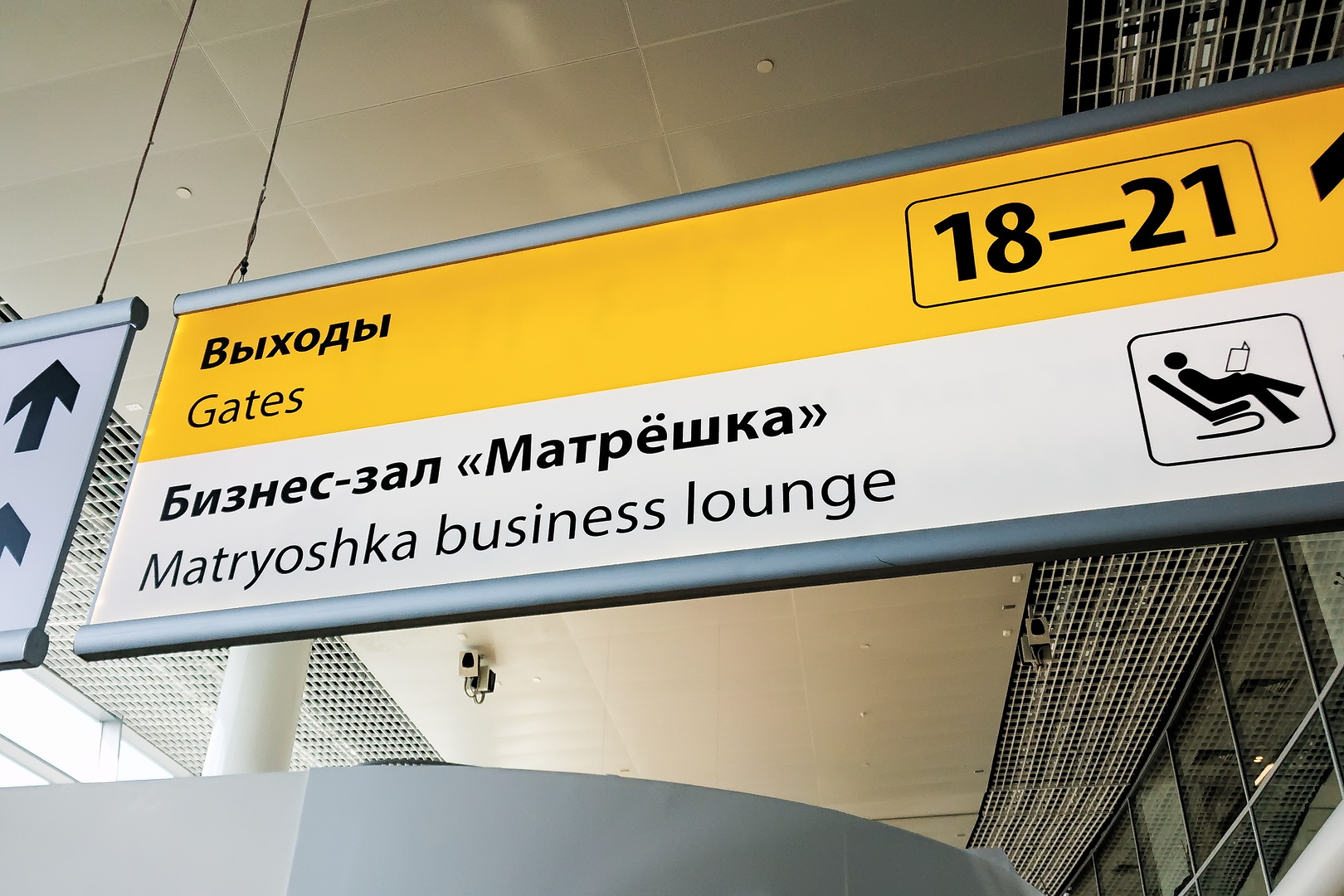 The connecting flight to Yekaterinburg was uneventfull as well. The only thing I noticed was that the airplane was now larger than the one coming from Frankfurt, and more seats were occupied. I would have somehow expected that Frankfurt – Moscow was a busier route than the domestic route Moscow – Yekaterinburg. 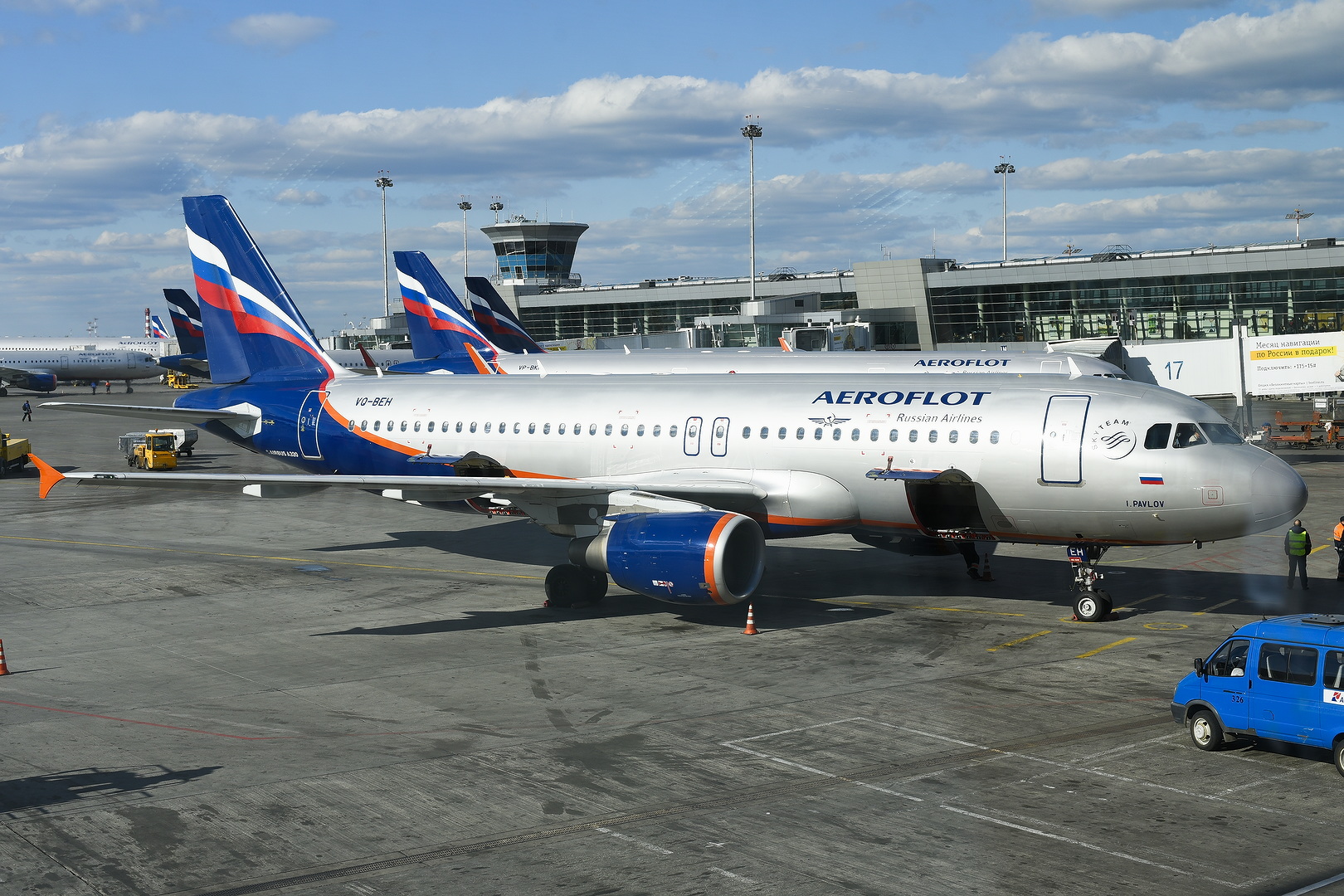 Three time zones from Frankfurt I finally reached my hotel at around 22:00 PM. The taxi from the airport to the city center cost 700 Rubles (about eleven euros).

Since my body was still on central european time it wanted dinner, and I went to take a look at the inner city. There I discovered these exotic establishments: 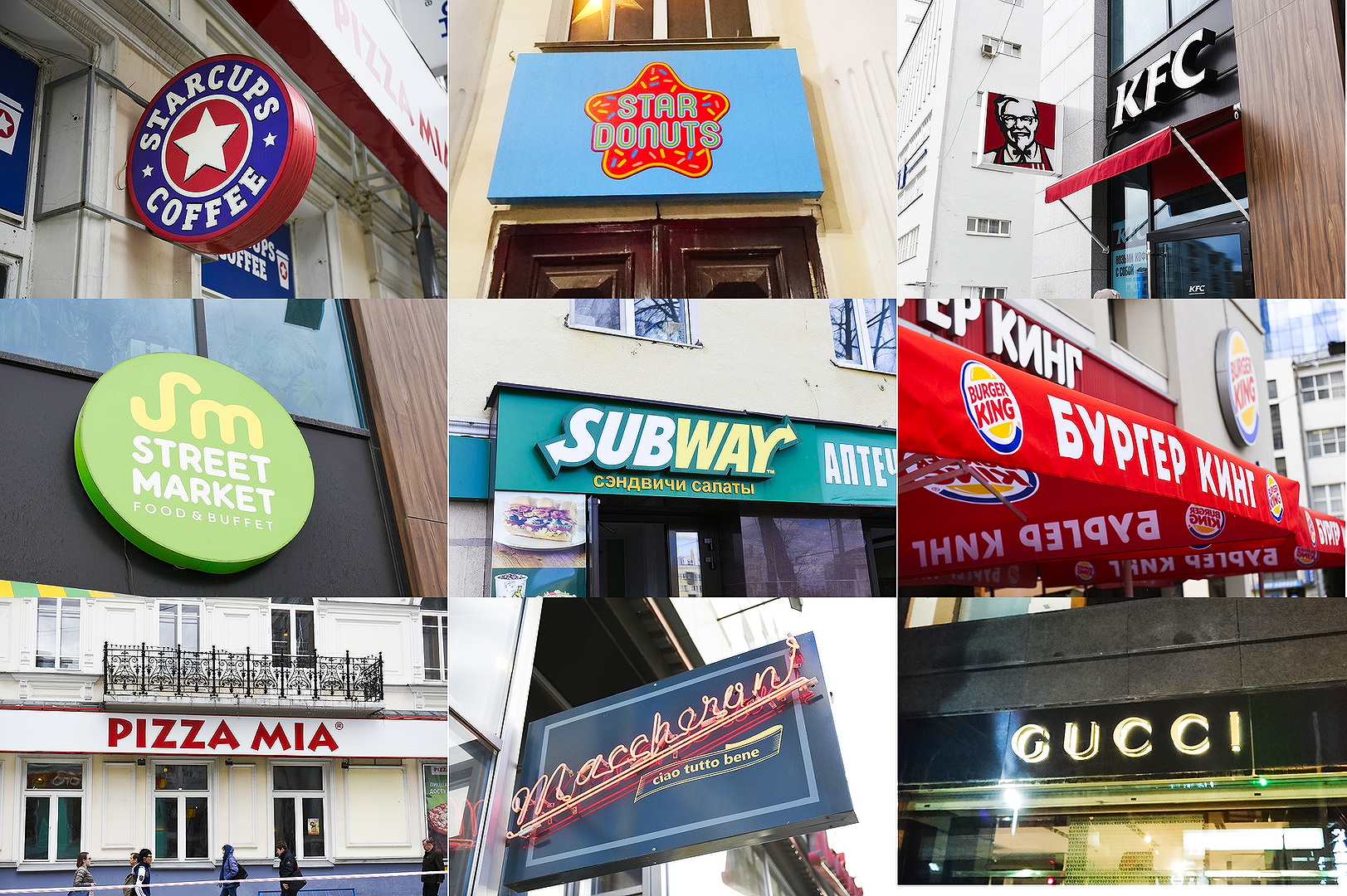