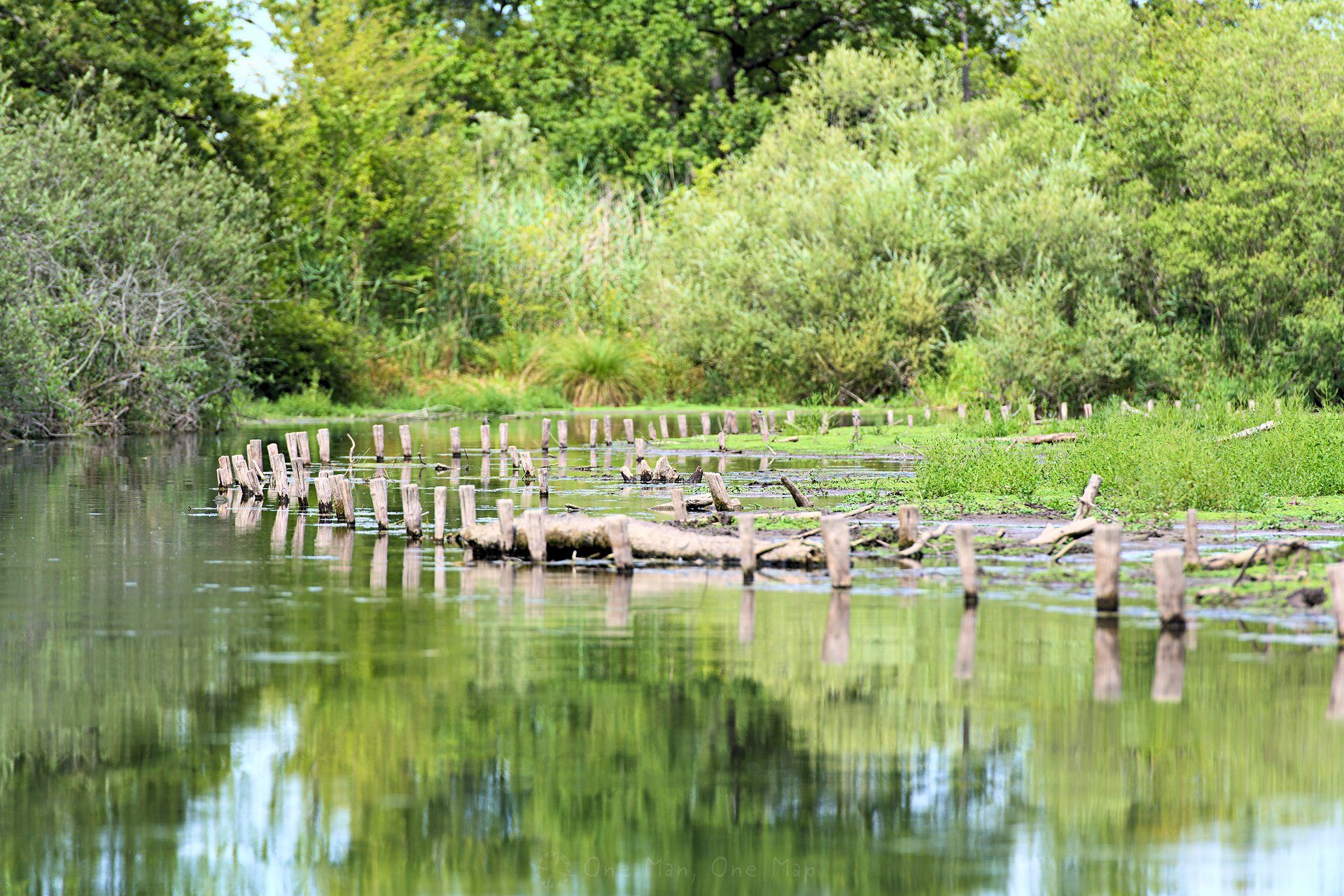 Taubergießen is one of the largest nature reserves along the Rhine in Germany. Not only can you see many plants and animals in this ~1,600 hectare floodplain area, but you can also hop on a small boat and let yourself be carried downstream. So today, for a change, we get to see some nature without any physical effort… 😉

Most readers probably just know the Rhine in its present form as a large, straight waterway. Until the 19th century, however, things looked quite differently. The Rhine meandered around within a several kilometres wide corridor in the flat Rhine valley, constantly changing its course. Old side arms were cut off and silted up, new ones were created. At times the Rhine is said to even have flowed on the other side of the 556-metre-high Kaiserstuhl, about five kilometres east of the mountain.

The worst part, however, were the frequent floodings. Not only were they a constant threat to villages and towns, but the uncontrolled Rhine and its many side arms also kept swamps and floodplains wet. One has to imagine the area like a huge jungle in the middle of Europe. A jungle with perfect breeding conditions for mosquitoes, with all their negative side effects. It is hard to imagine today, but Malaria has only been extinct in the Rhine region since 1948 😯 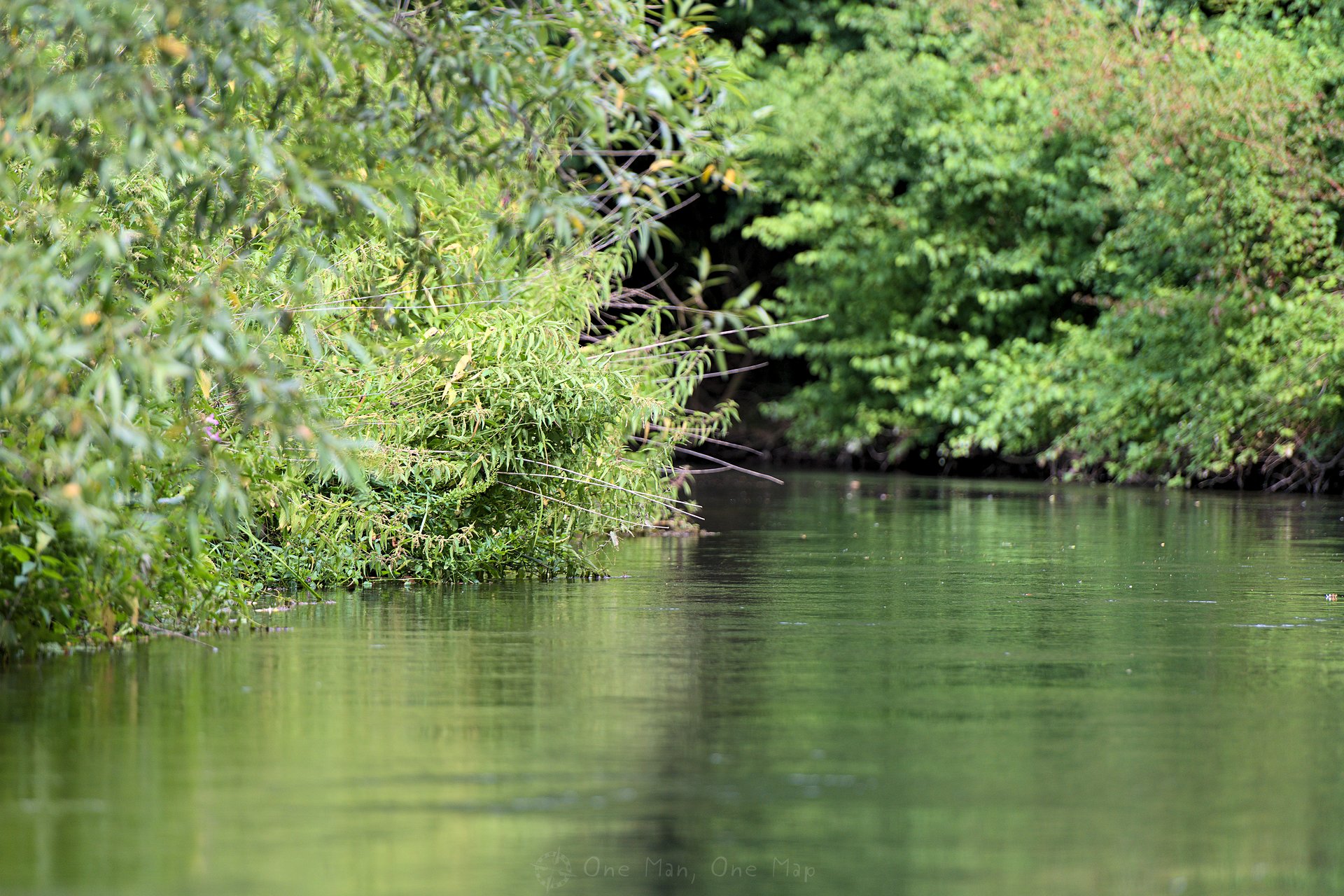 In the course of more than 100 years the Rhine was straightened using dams and other structures and became what it is today. The course of the river was shortened by many kilometres and ships could navigate up until the city lf Basel in Switzerland. The water level sank by several metres in some places, and many side arms and floodplains dried up. There are only a few places where you can still experience the Rhine valley like how it probably looked back then.

Taubergießen is basically the last piece of the original Rhine. It is the only floodplain area along the whole river which was still flooded continuously. The name of the nature reserve derives from the Taubergießen, one of the many streams in the area. A Gießen is a part of a flowing body of water which flows underground and then comes back to the surface again somewhere. This phenomenon occurs quite frequently in the Upper Rhine area, as you can see on a map:

Viewed from above, it looks as if streams are suddenly appearing in the middle of the forest. In fact, however, the Rhine is connected to the groundwater. Whena certain difference in height is exceeded, the water flowing underground is pushed back to the surface and forms a spring. The water is low in nutrients and therefore there aren’t many fish. Fishermen therefore call it taub (German for ‘deaf’).

For historical reasons part of the nature reserve belongs to the French municipality of Rhinau. Taubergießen is thus managed jointly by Germany and France.

Boat trips in the nature reserve

The regional authorities in Freiburg lease parts of the nature reserve to private individuals who take part in the maintenance and are in return allowed to catch fish and offer boat trips.

There are several operators for these trips. We decided to go with Alexander Koch of taubergiessentour.de because he offers one of the longest tours. Depending upon the water level the tour takes between one and a half and two hours, in our case it was approx. 1 hour 45 minutes. The fee is 120 Euros flat for a whole boat which fits up to ten people. Those who do not arrive as a group can arrange to join an existing group. 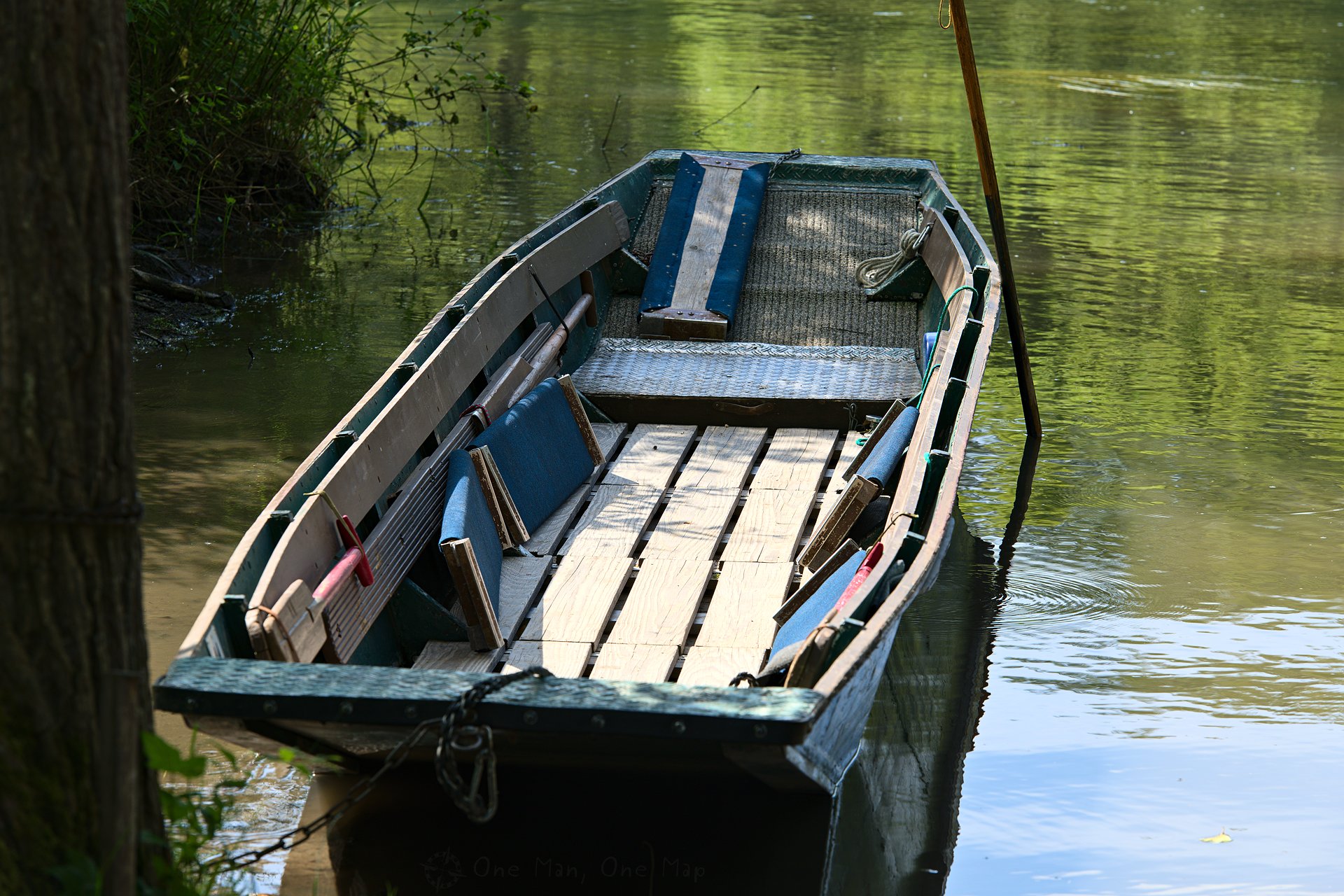 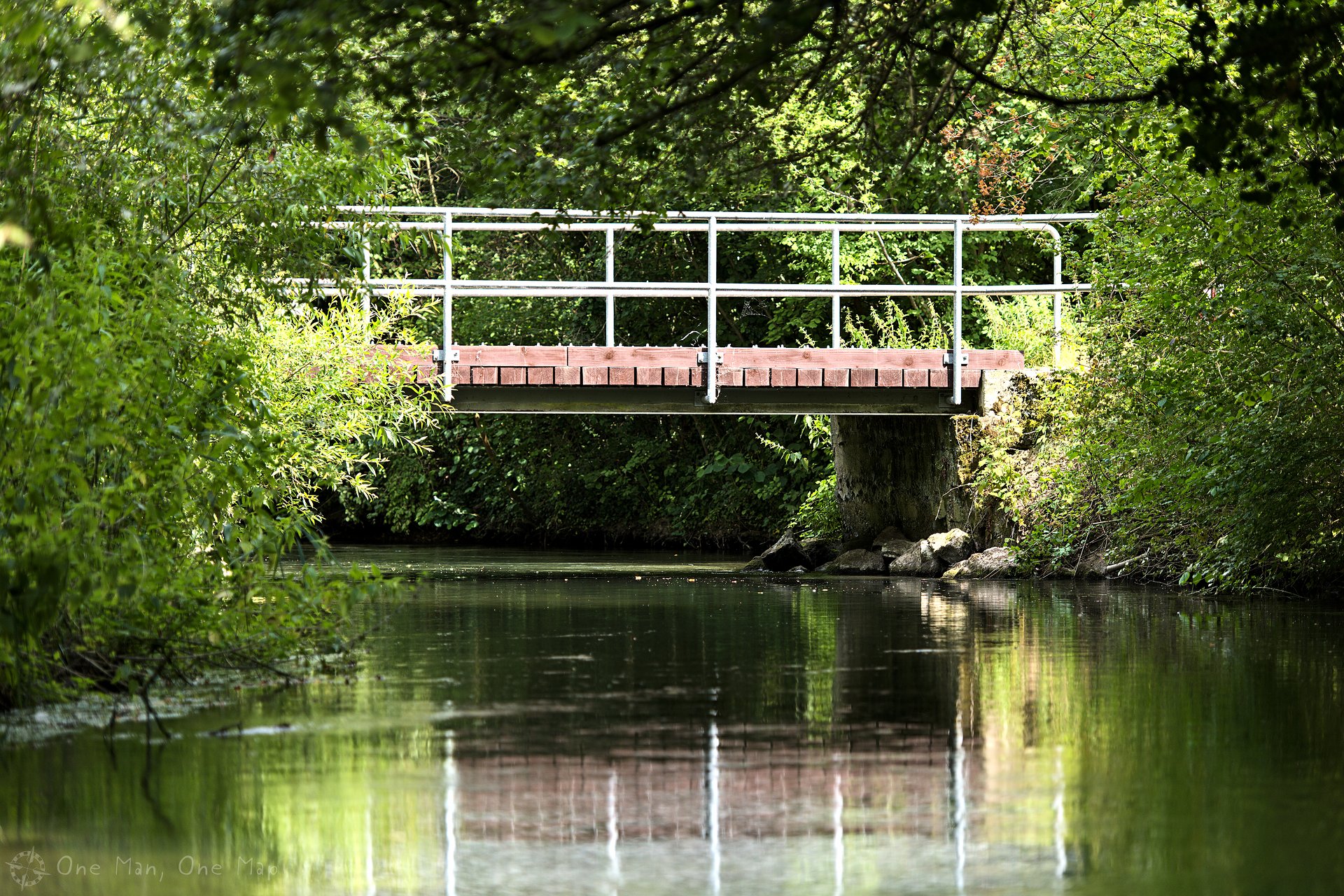 The tour starts at the Zuckerbrücke near the Europa-Park Rust entertainment park and mainly follows the “Blinde Elz” river to the Gifizbrücke in Kappel-Grafenhausen. You can then hike back the approx. 7 kilometres to the starting point in Rust or go back with Mr. Koch and the boat as long as there is space in the vehicles. 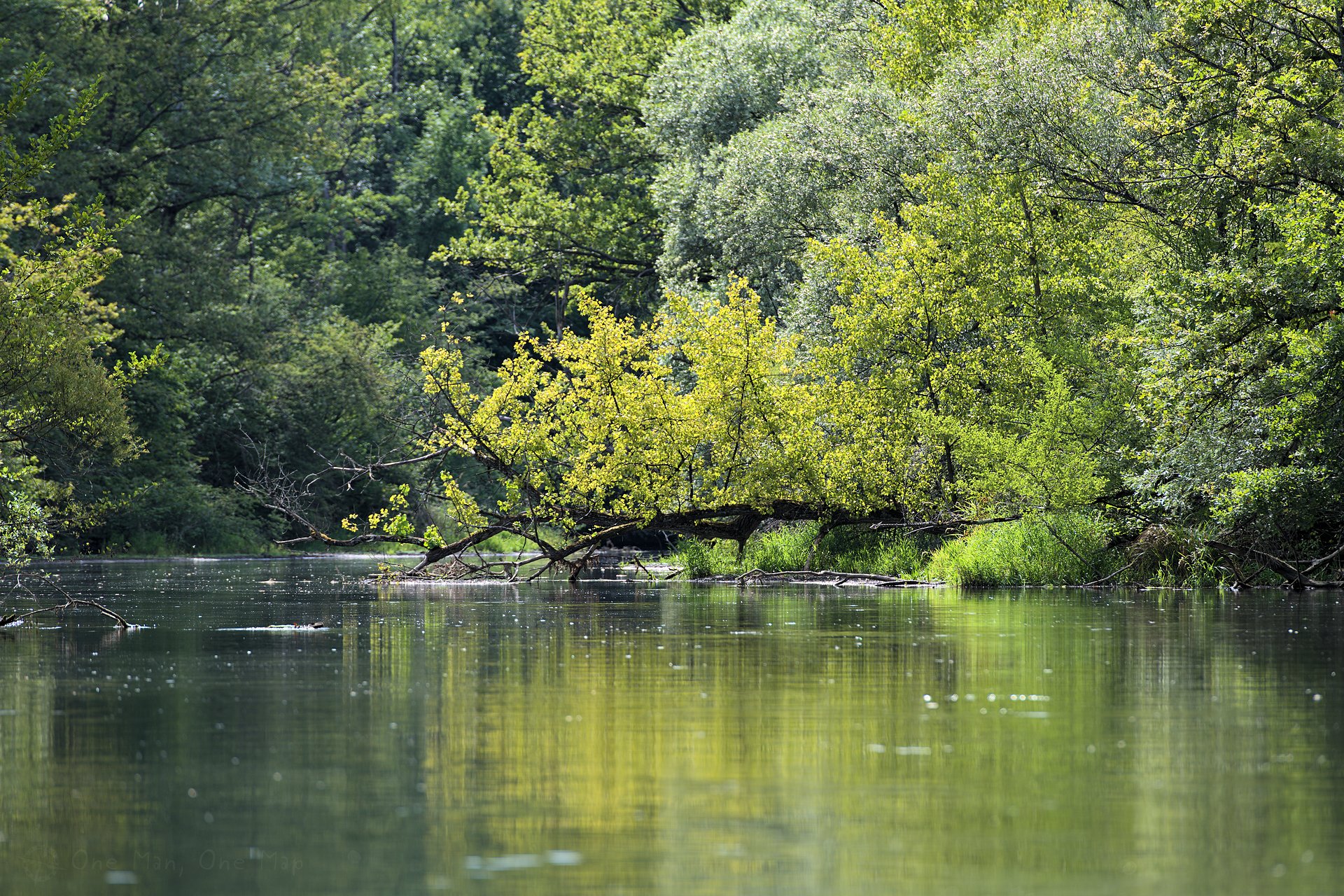 The absolute highlight for a photographer are of course the animals which one gets to see along the way. Right at the beginning we passed a group of Nutrias (Myocastor coypus). These big rodents came from South America and feel very comfortable in swampy areas. Adult animals can grow up to 65 centimetres in length and weigh up to ten kilos, so they can get about as big as a small dog.

Nutrias didn’t use to be protected until a while age because the are an introduced species, so they could be hunted all the time. In the former German Democratic Republic were already known not just for their fur, but also for their meat. Hence in some parts of East Germany the hunters still deliver their catch to restaurants today. 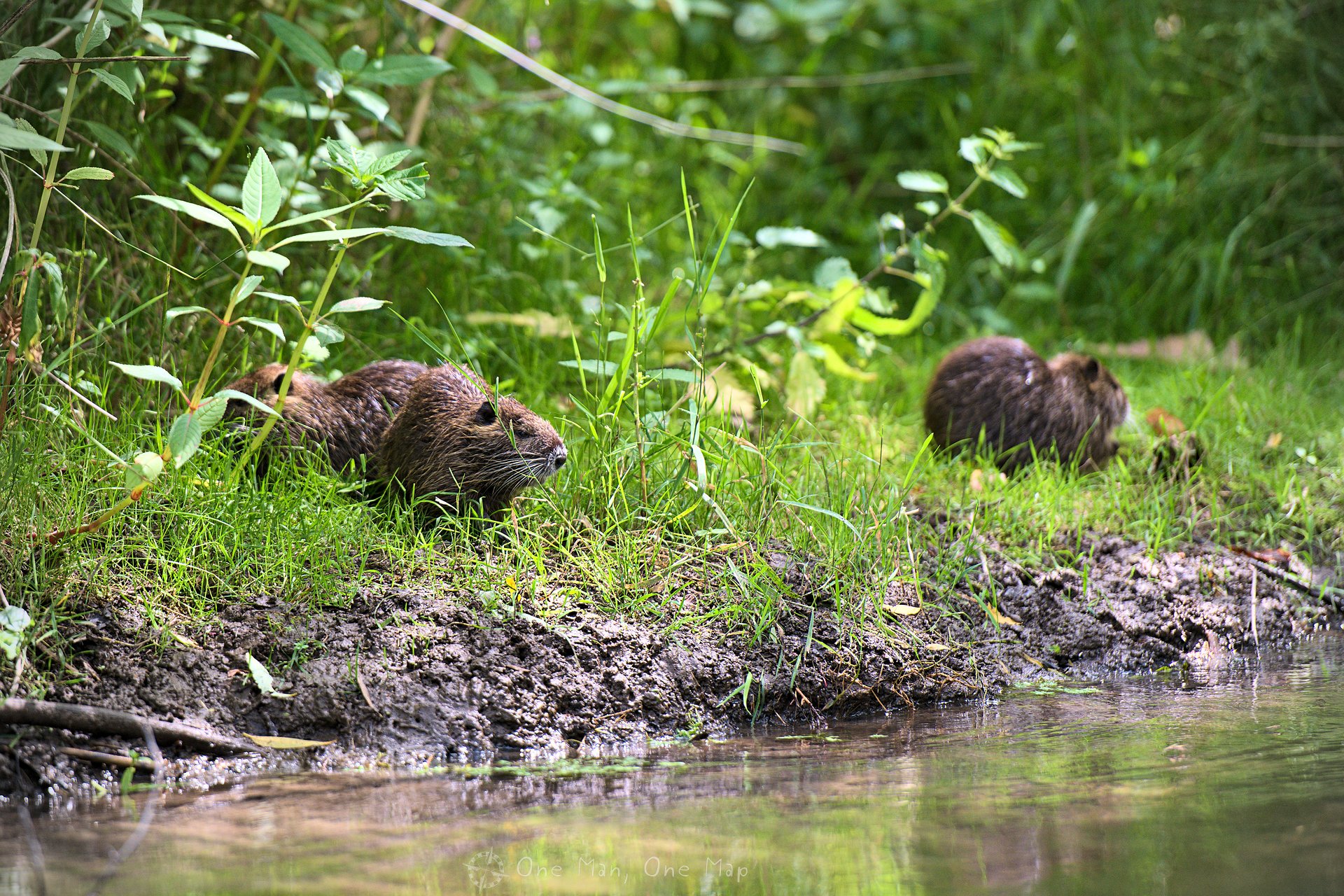 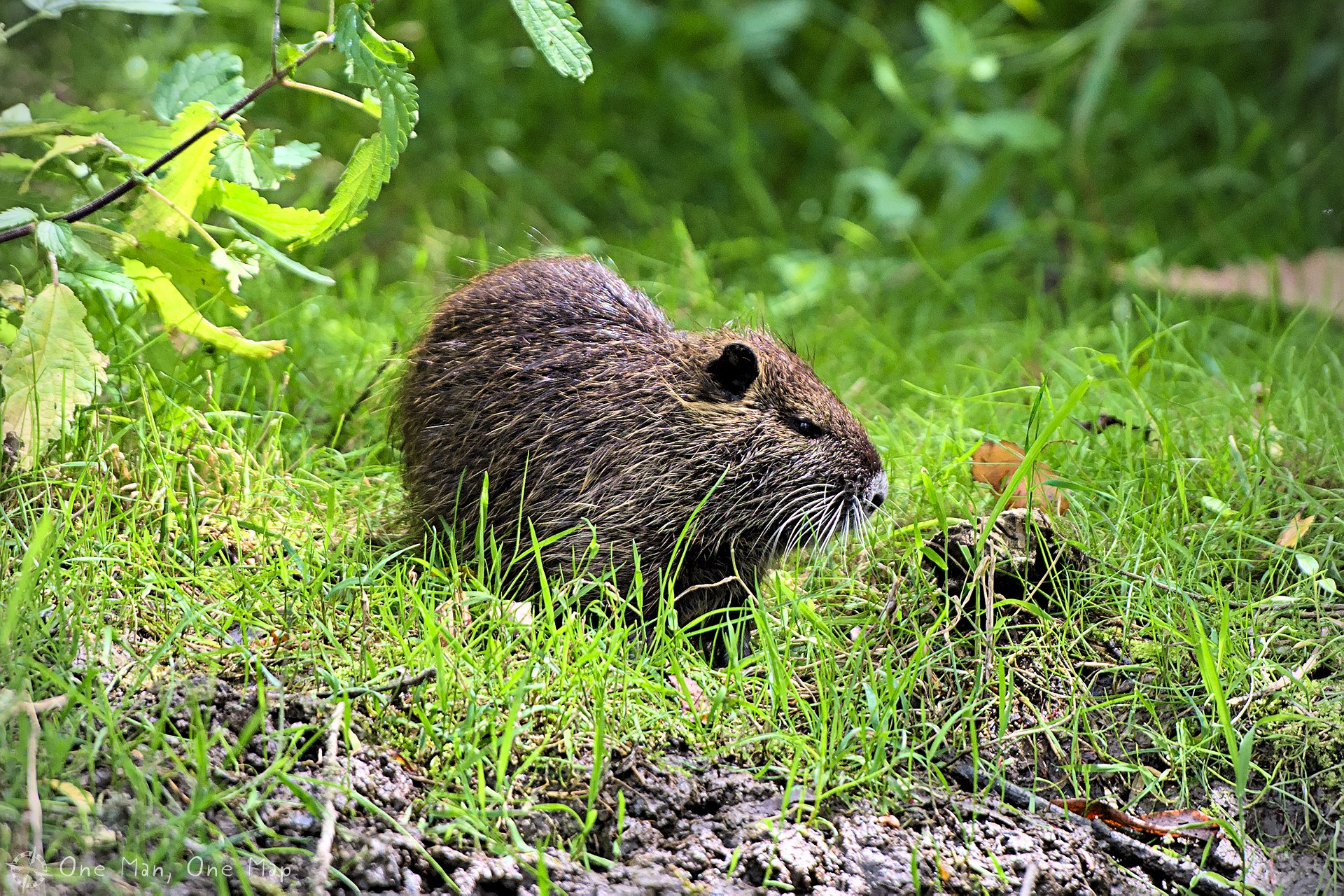 Alwasy beautiful to look at: Dragonflies. At noon we saw mainly Banded Demoiselles (Calopteryx splendens). You can easily recognize them by their shimmering blue bodies and then distinguish them from the similar looking Beautiful Demoiselles (Calopteryx virgo) by their partly transparent wings. However only the males are blue, the females are brown and far less beautiful. 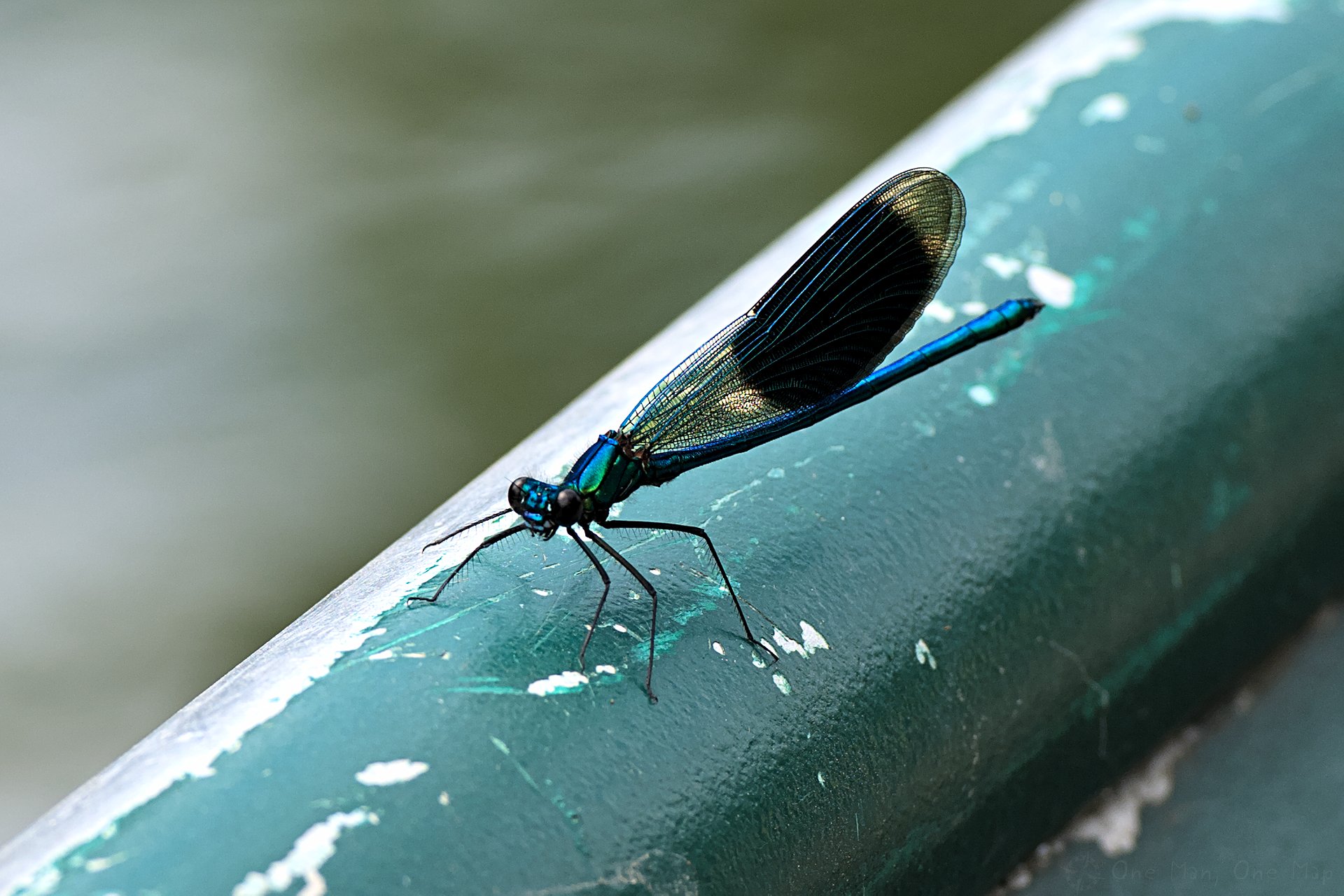 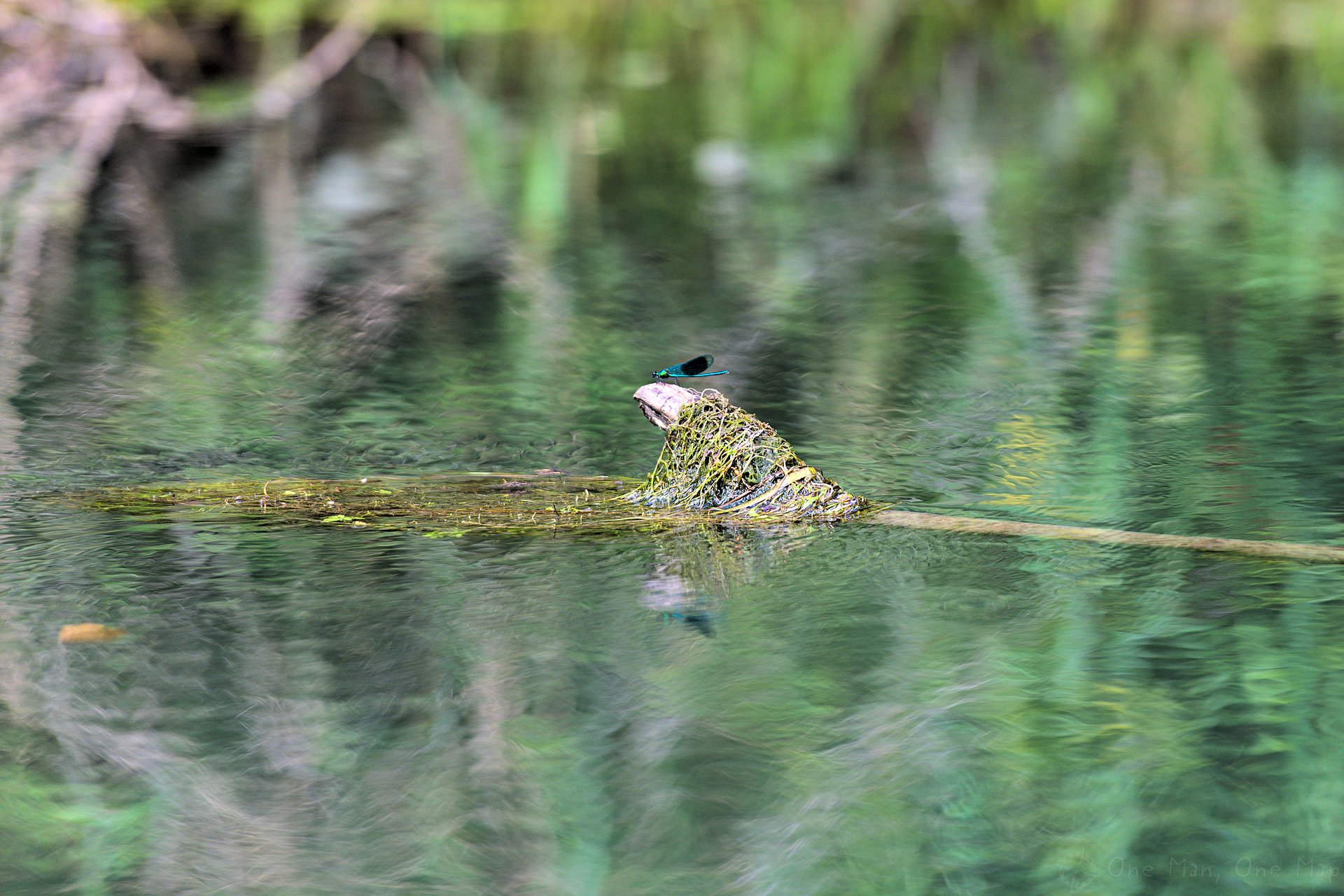 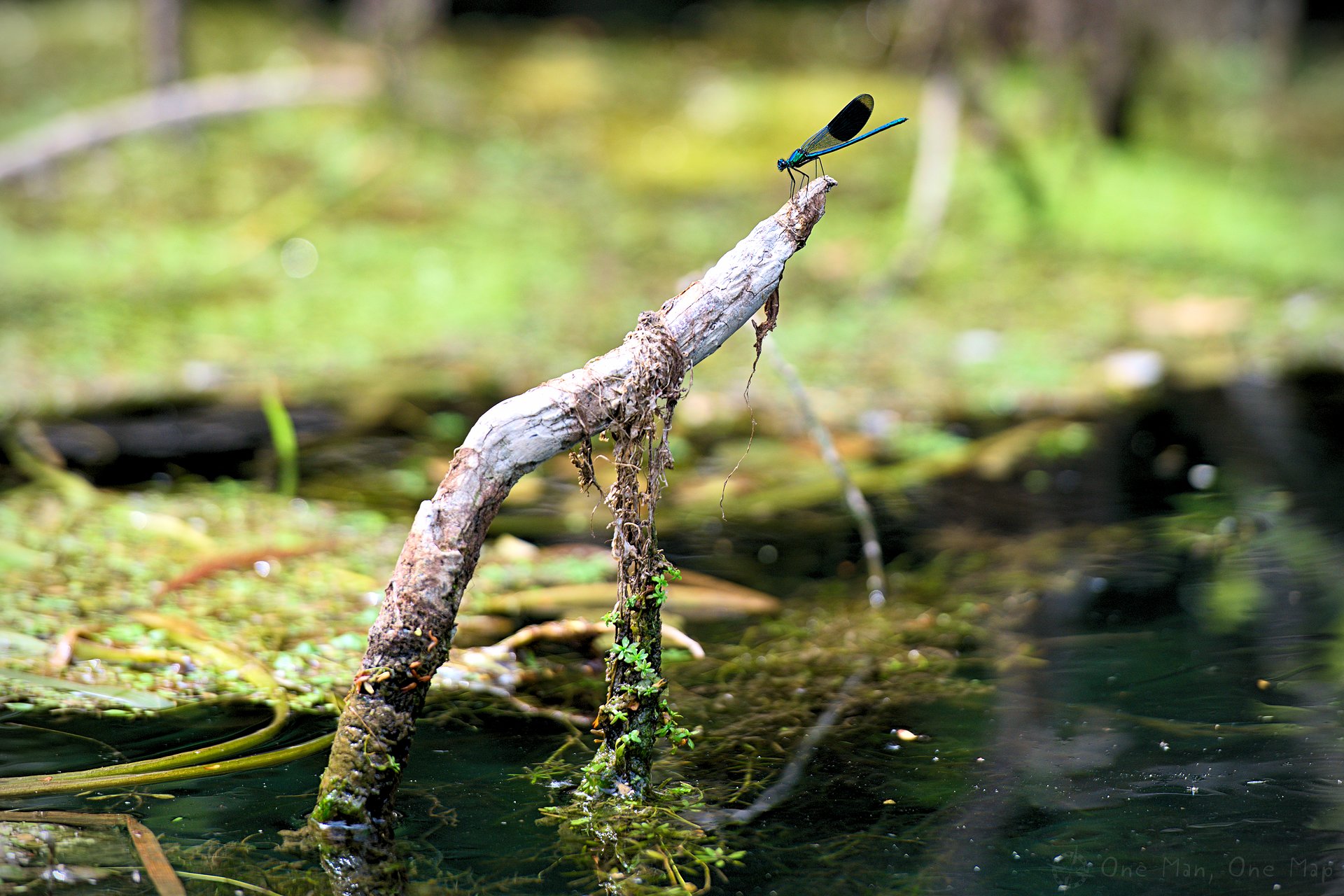 Mating season is between July and October for most dragonflies. At midday the male Banded Demoiselles fought extensive territorial battles just above the water surface. The light-blue colored White-legged Damselflies (Platycnemis pennipes) had already found their pairings.

We also spotted many different bird species, of course including many water birds. Cormorants are rather shy and probably don’t find too much food in the small streams, so they stayed away from our boat. That was of course not true for less timid birds like Ducks and Mute Swans (Cygnus olor)..

Swans have to maintain their fathers so they remain clean and waterproof.. They do this by distributing an oily secretion from their preen gland over the feathers using their beaks. That the critters leave behind a giant mess after the process had not been clear to me up to this boat trip… 😉 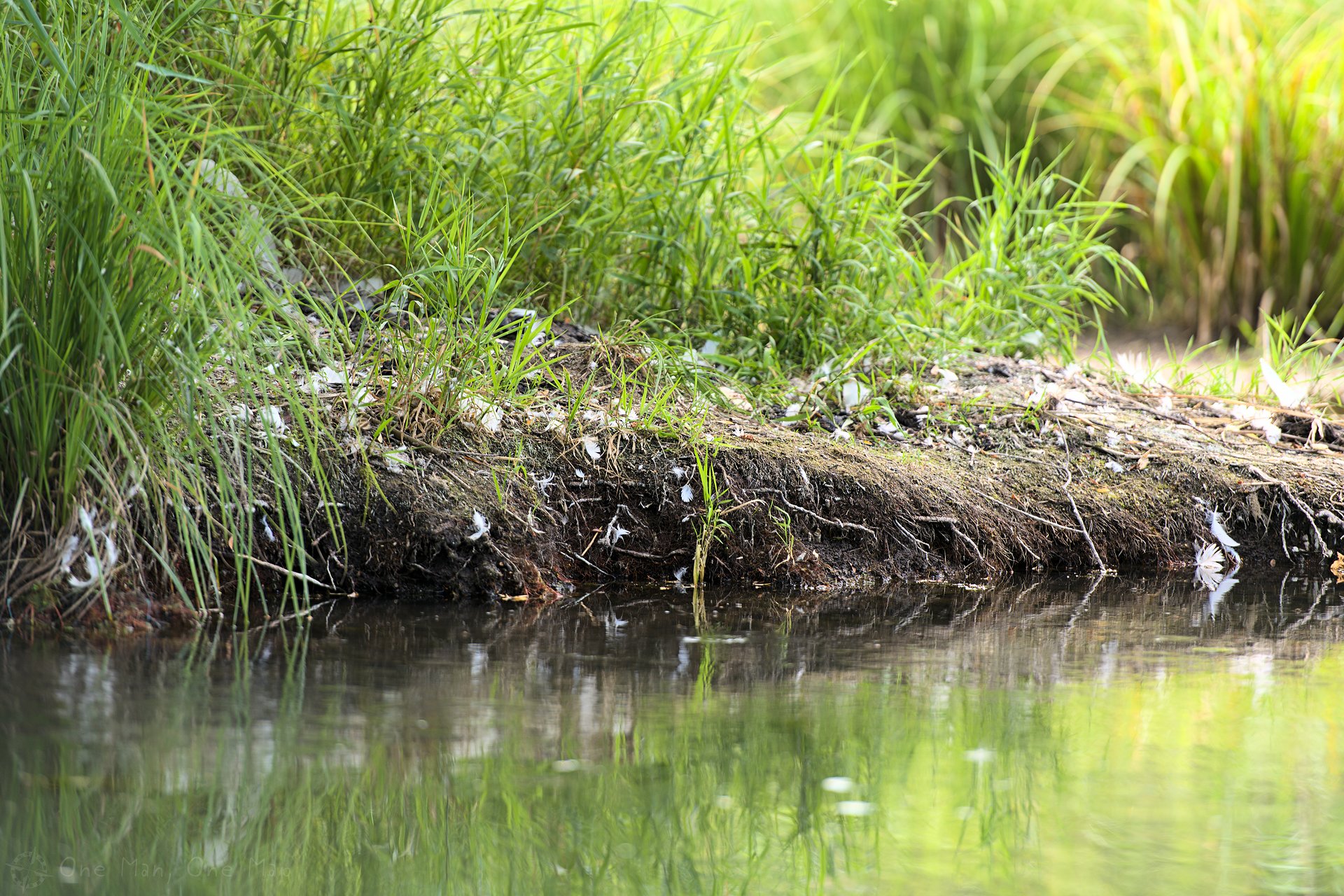 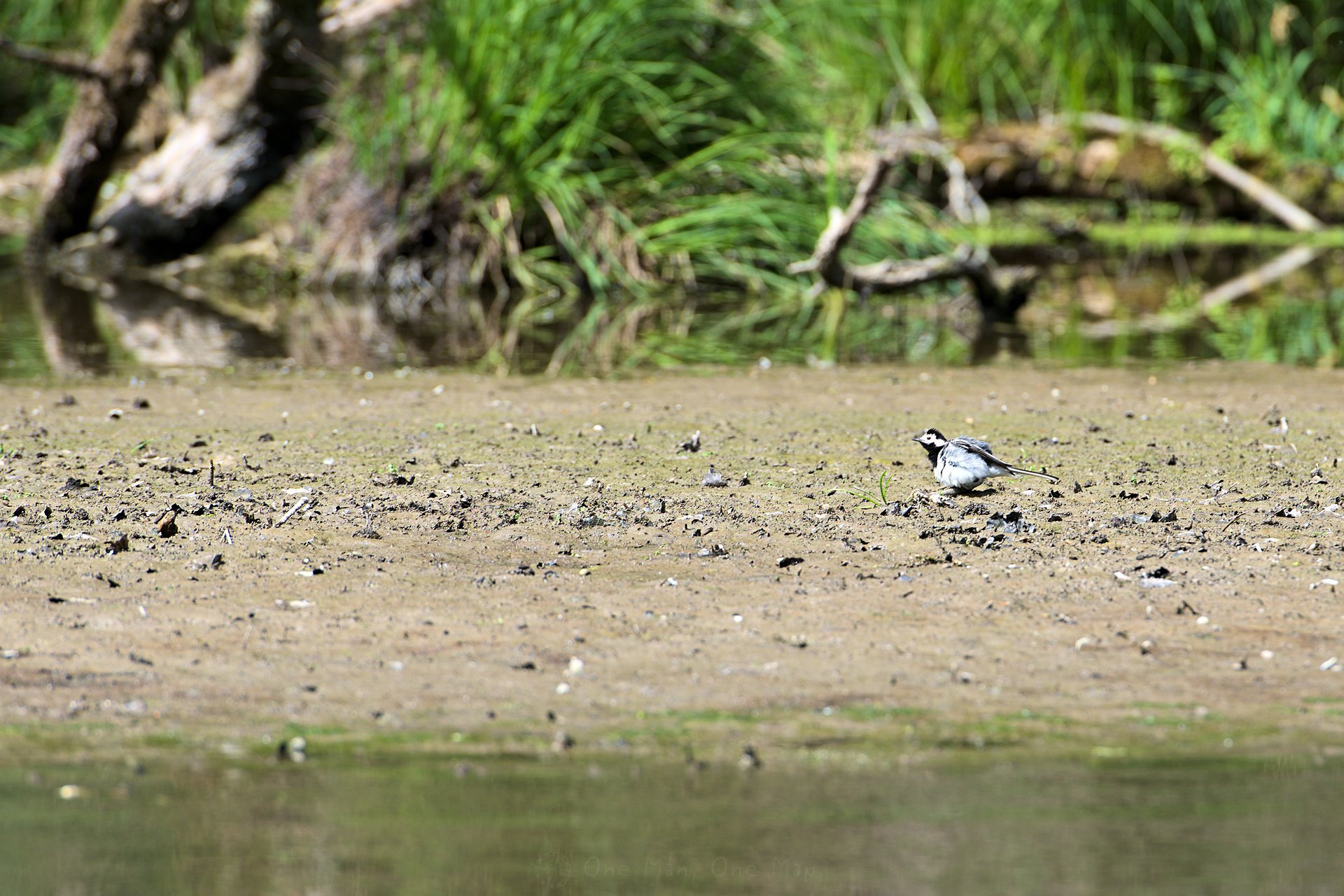 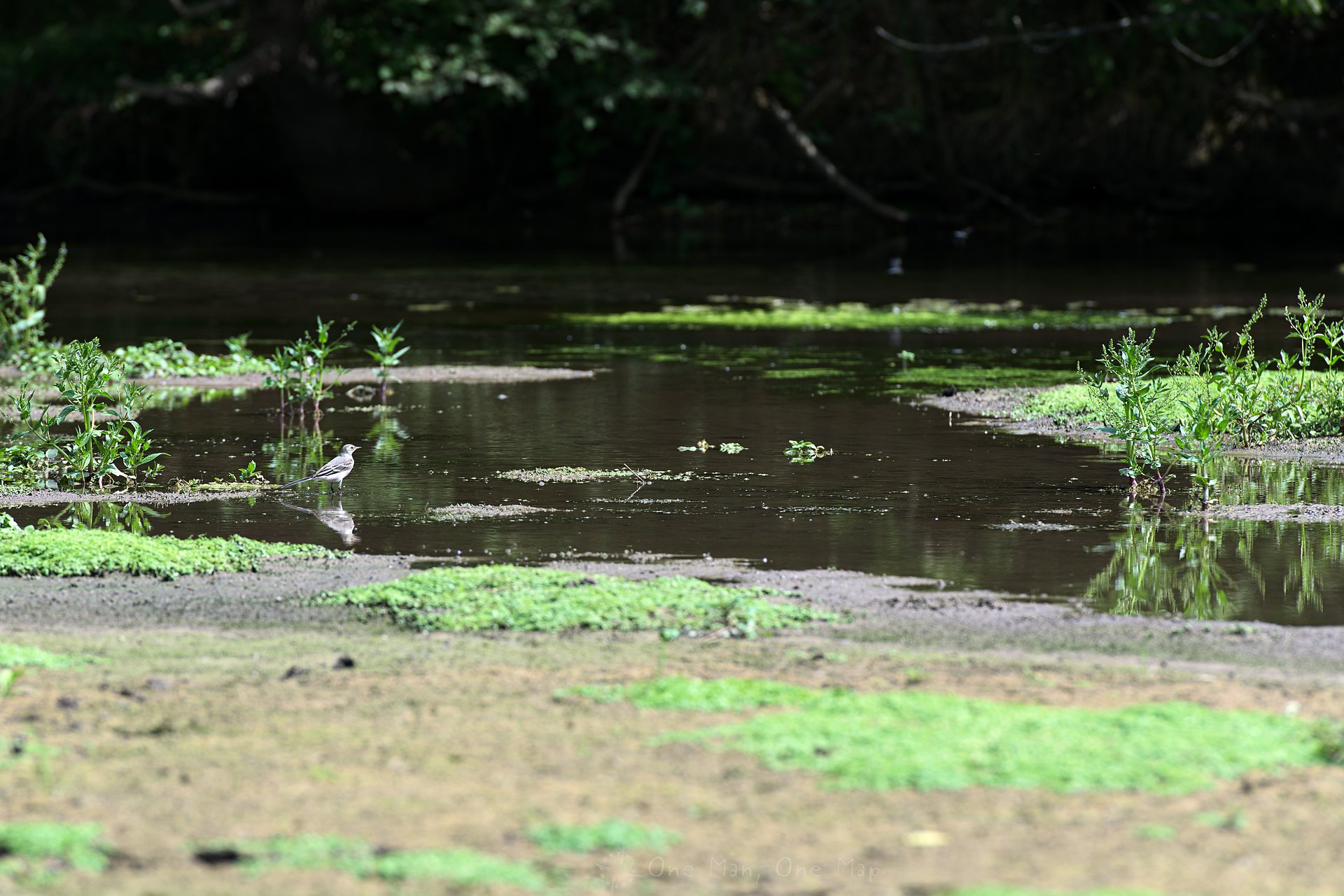 Other floodplain inhabitants only betrayed themselves by the traces they had left behind. Regardless if it was trees gnawed by beavers, branches perforated by woodpeckers or the entrance to an abandoned foxhole – without Mr. Koch at our side we would probably have overlooked 90 percent of these things!

Entire hordes of wild boars run live in Taubergießen. Again and again we passed areas on the shore where the pigs had wallowed and left behind complete destruction.

Wild boars can wade through streams and even swim to the other side. In the shallower sections we could sometimes see the tracks of their hoofes under water.

Since April 2015, Salers cattle have been grazing in the Elzwiesen meadows near the nature reserve. In the past, the municipality of Kappel-Grafenhausen had its land mown using machines and then disposed of the cut plants. A mowing machine cannot distinguish between unwanted and protected plants, but a cow can. What it doesn’t like it simply doesn’t eat, and what it has eaten goes back to the pasture as fertilizer instead of having to be disposed of.

So the cattle take care of the fields, form a closed nutrient cycle, and also can be used for milk and meat. 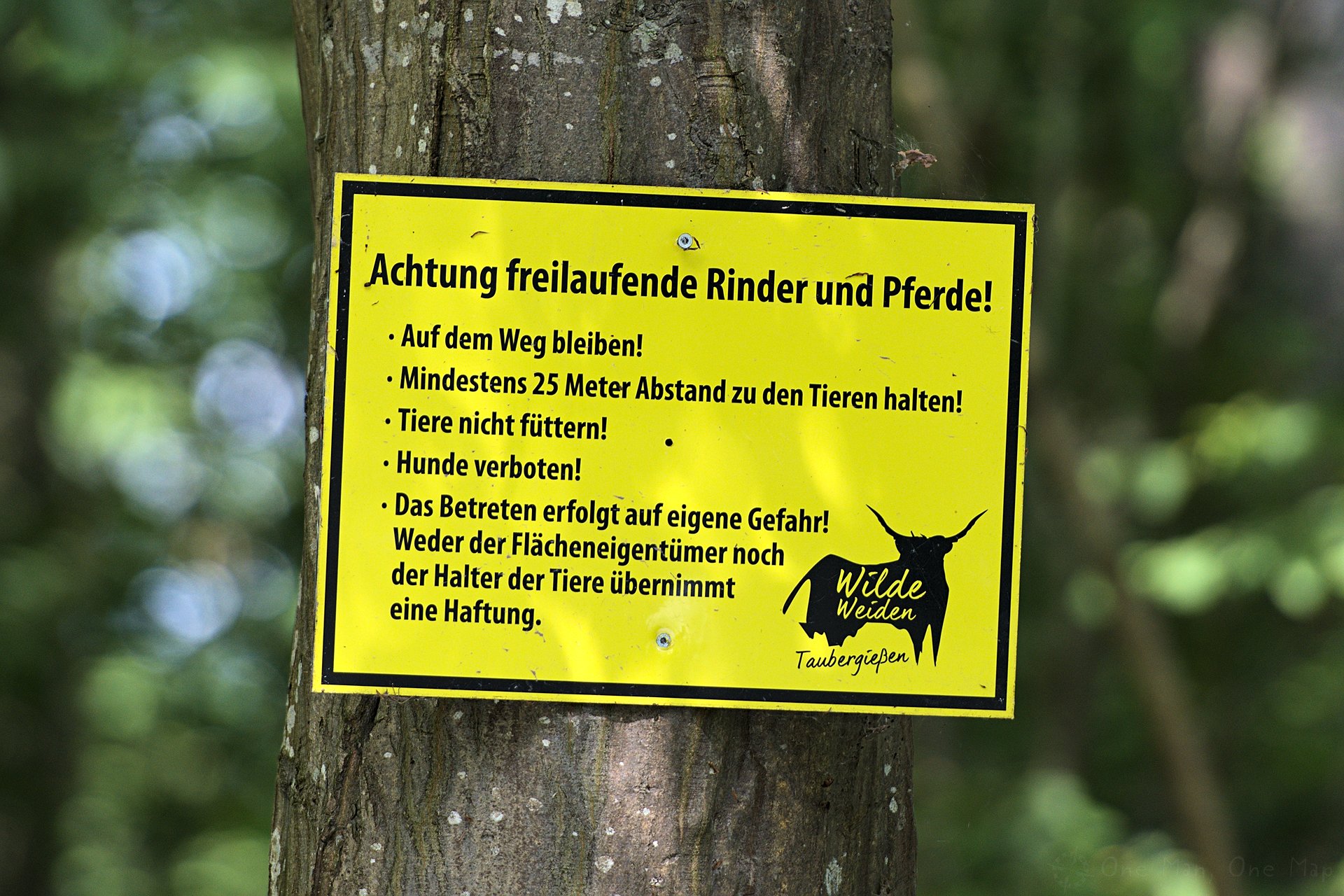 60 percent of the land area is forest, the rest is used for agriculture. Bushes, shrubs and other plants grow mainly on the river banks – of course only if trees are not already growing there. 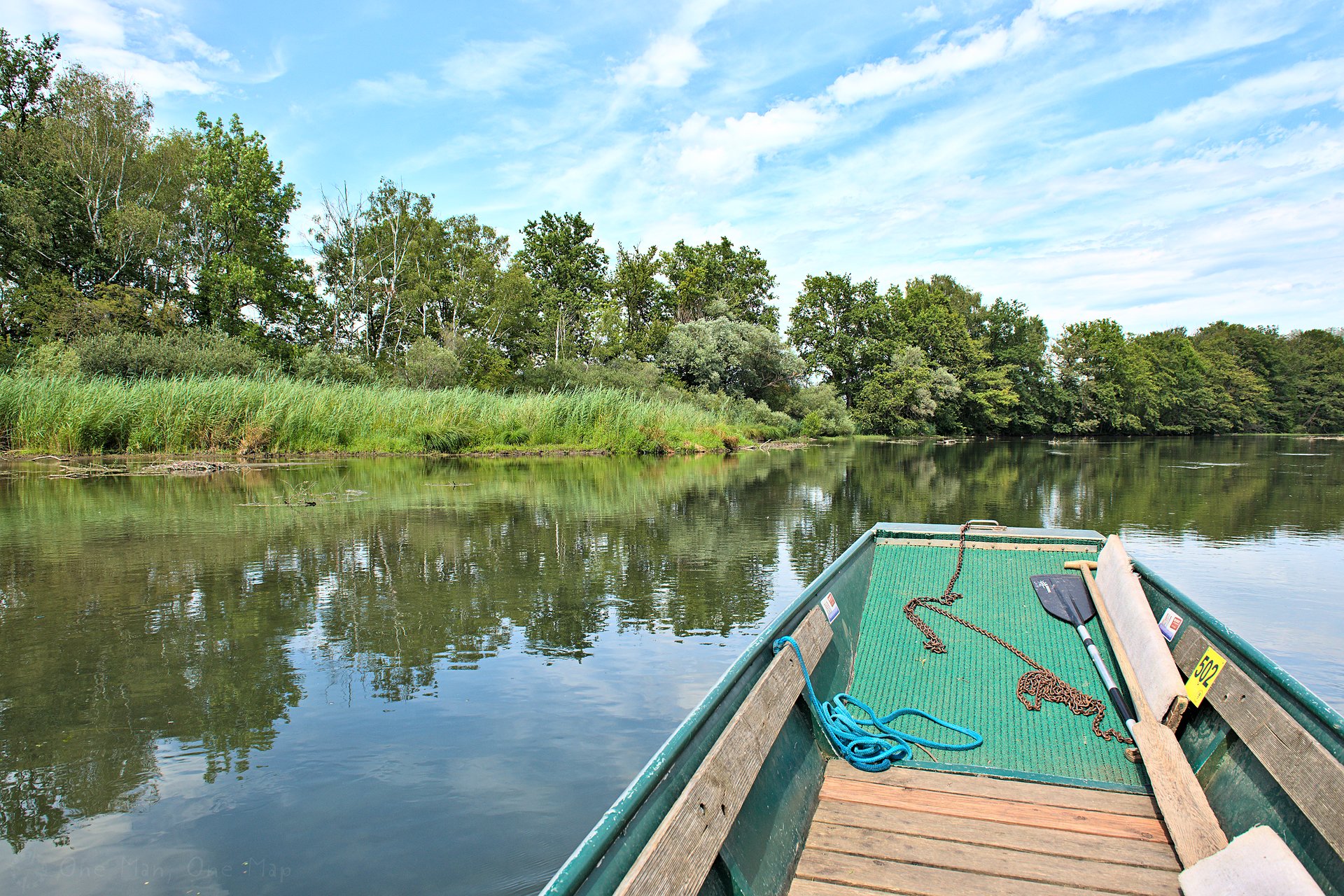 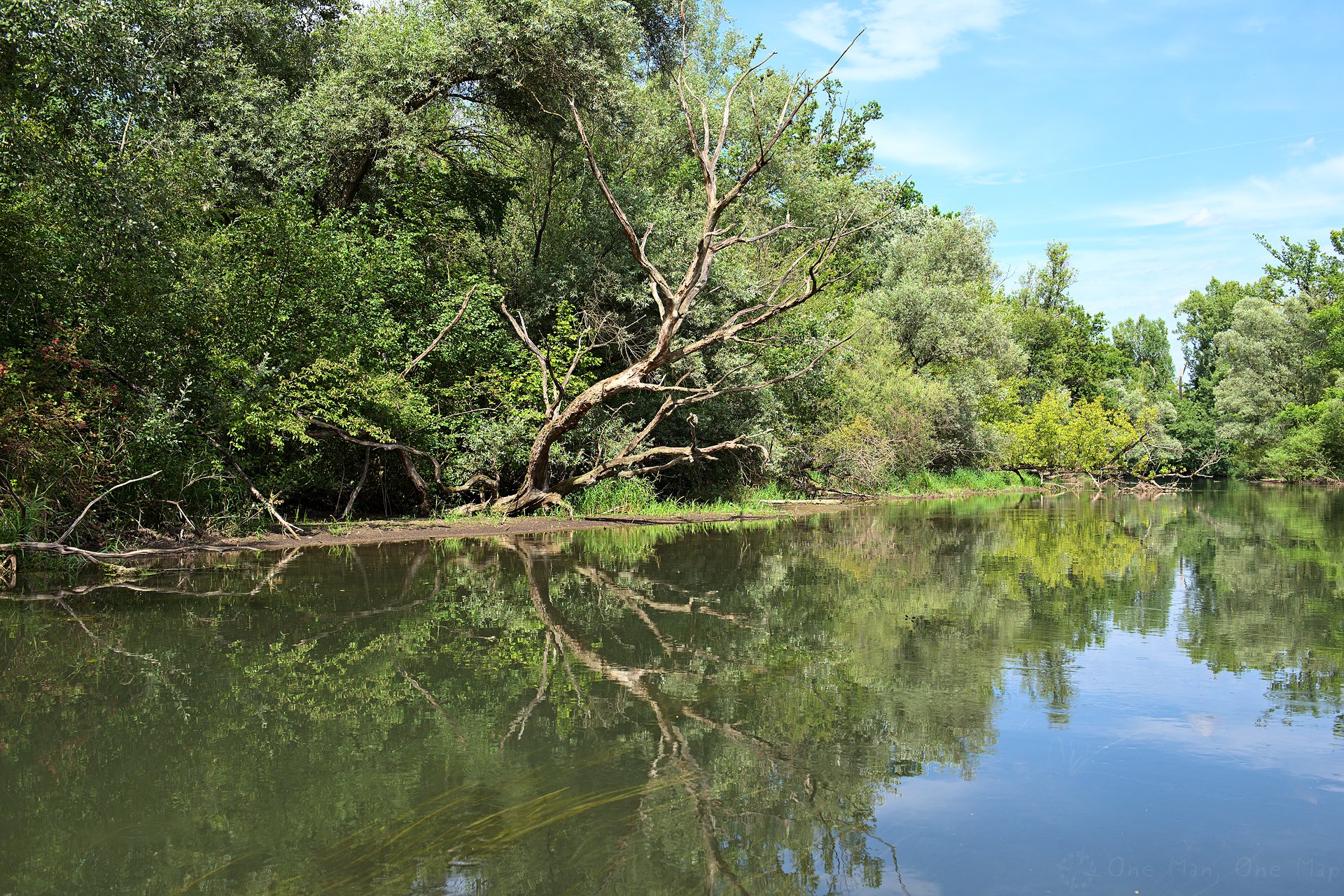 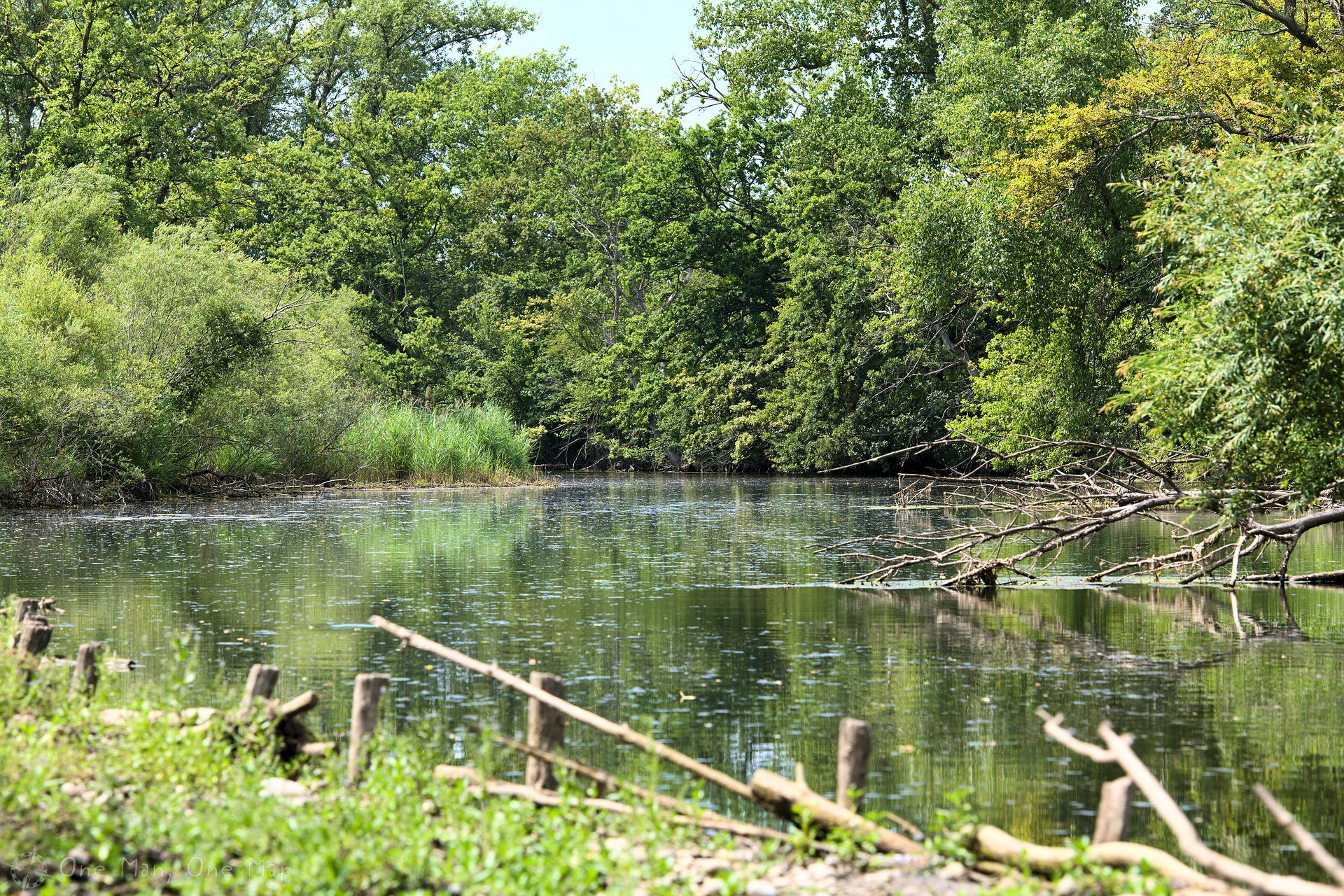 The Tinder Fungus (Fomes fomentarius) takes its name from its use as tinder. In the past people used to to collect these fungi, cook them for hours, soak them in urine and then letting them dry. The end result was a very flammable mass which was used to light fires.

The fungus’s ingredients can also be used as blood sedatives and disinfectants. 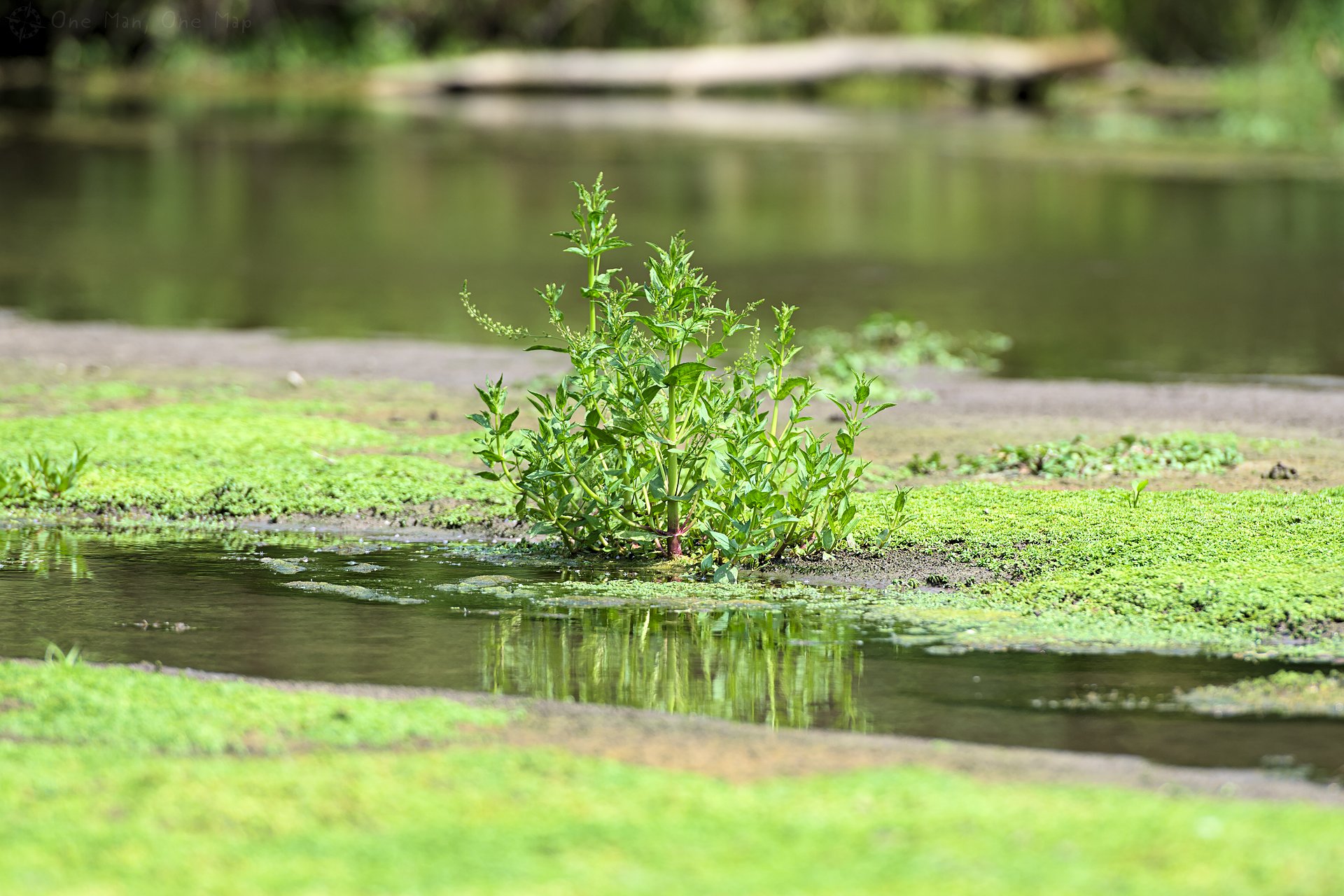 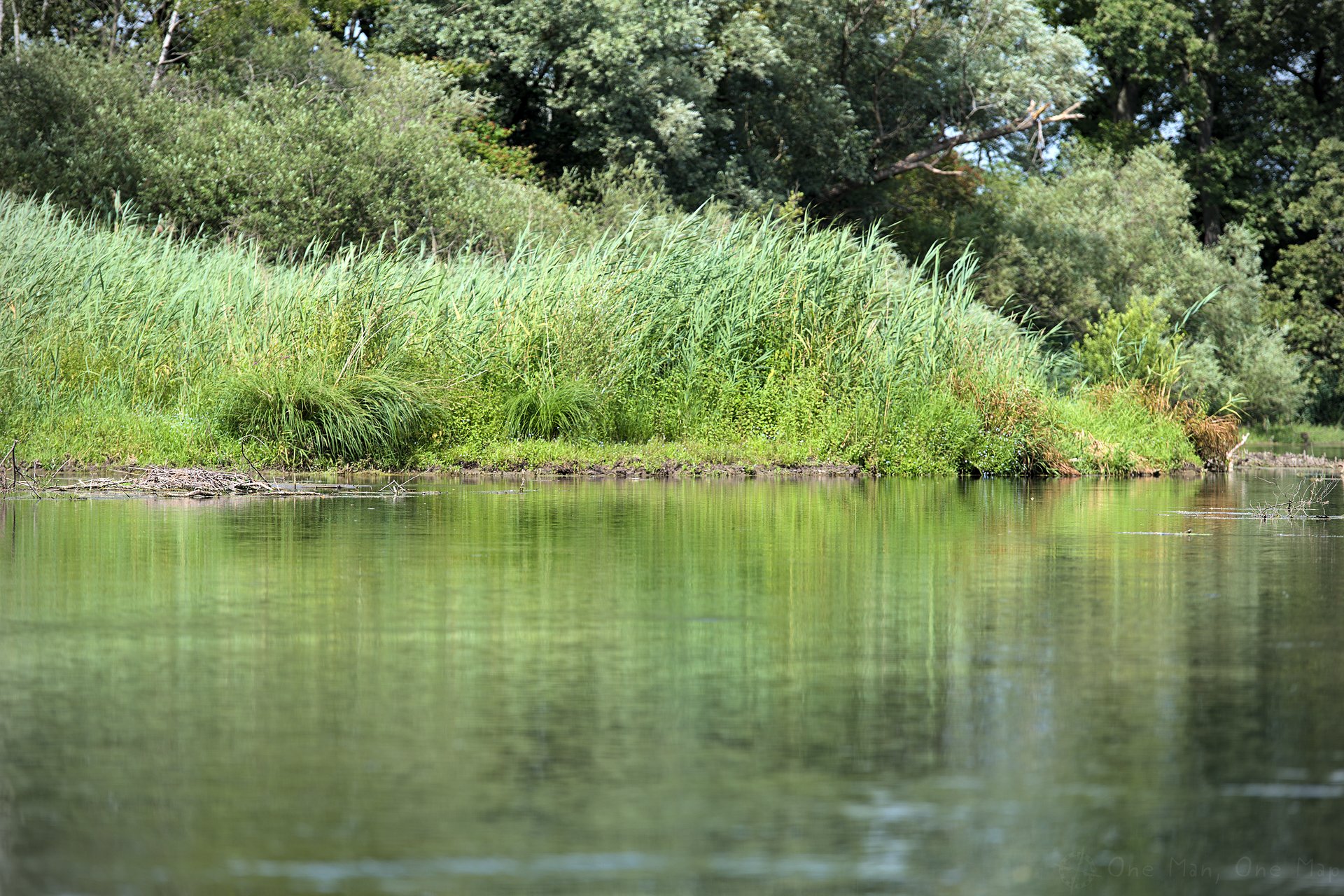 Because of the straightening of the Rhine there’s not enough water flowing through the old Rhine arms and other bodies of water. The entire area is therefore at risk of drying up. Once a year the administration carries out an inspection, has fallen trees removed, plans maintenance measures and creates an artificial flooding by opening the locks. Nevertheless the area has changed a lot. Most streams have lost dramatically in depth and width.

At the beginning of the 19th century, when a large number of Europeans emigrated to the United States of America in search of a better life, the Rhine was not yet straightened. Today’s very narrow Taubergießen was so wide that passenger ships could take the emigrants from Rust and Kappel-Grafenhausen to the Netherlands, where the steamships to America then left. More than 400 people have emigrated to the “New World” from Kappel-Grafenhausen alone. 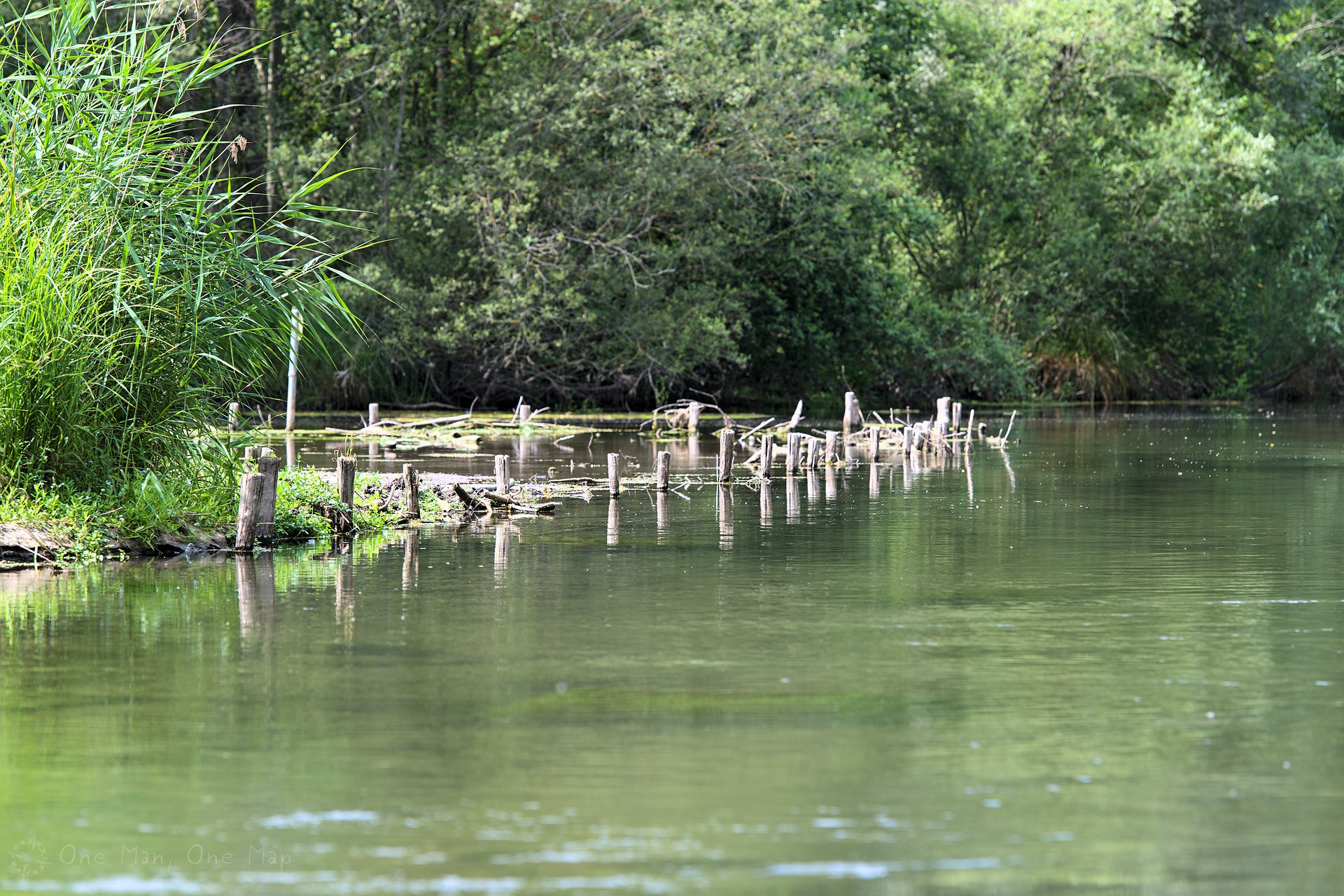 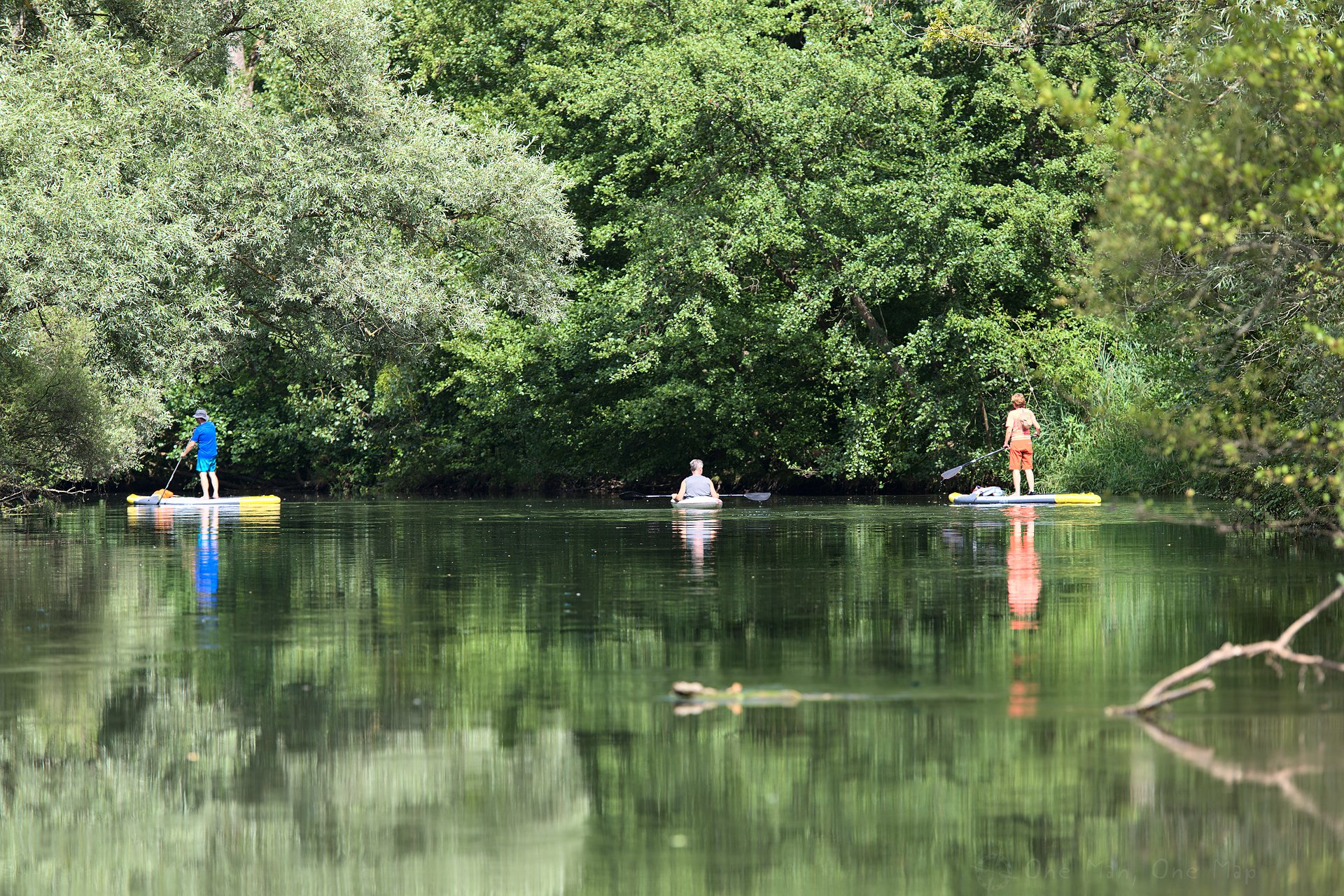 In addition to to touring boats, water sports enthusiasts are also allowed to travel on some of the waterways. At peak times, over 200 canoeists and standup paddlers have been counted on a single day.

Water surfaces almost always make for good pictures. Of course it’s not easy to keep an eye on all possible motifs when the boat moves at a speed of about five kilometres per hour and cannot be stopped. Nevertheless, I managed to take some nice snapshots, in part also thanks to the extremely fast and precise autofocus of the Nikon D850… 🙂 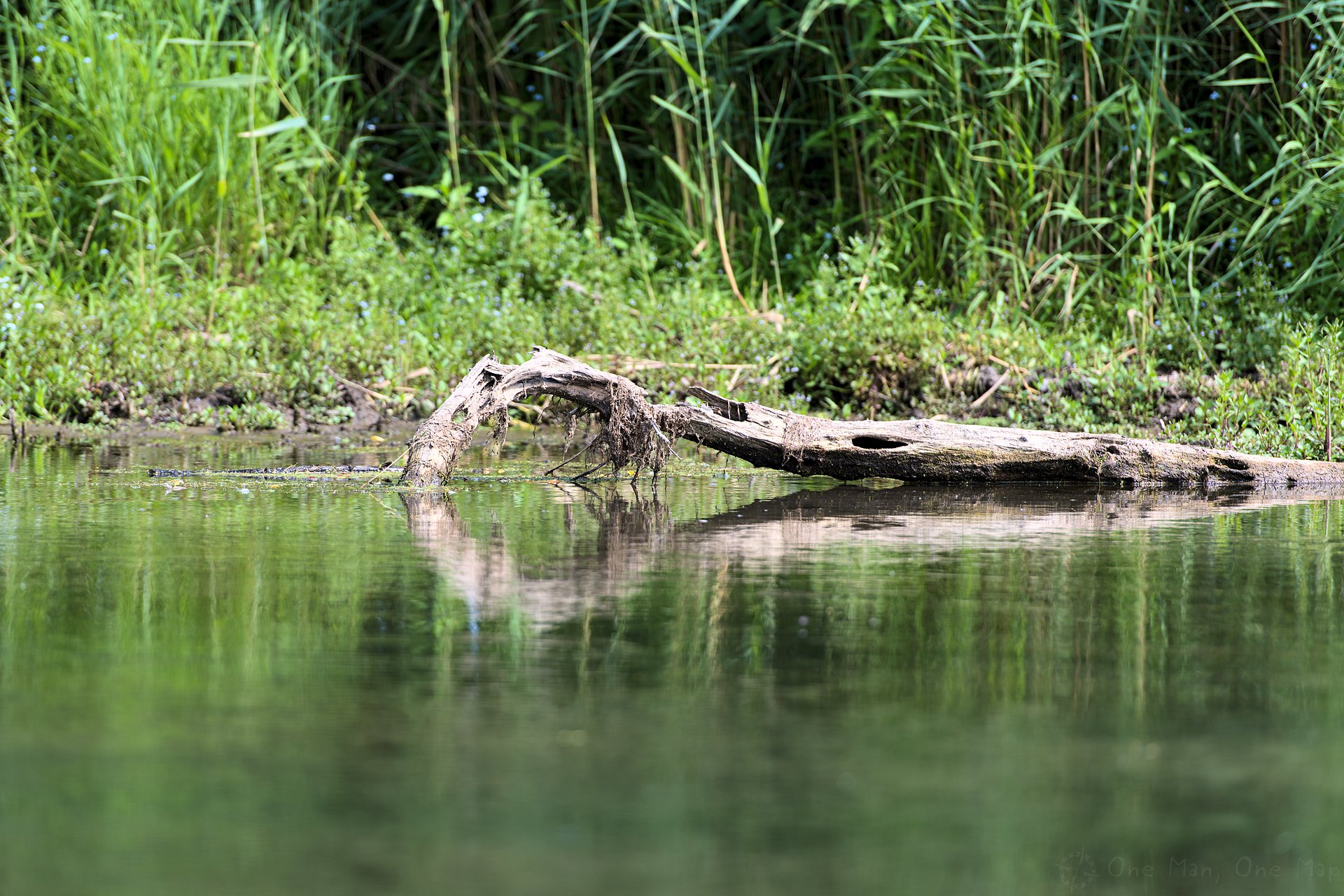 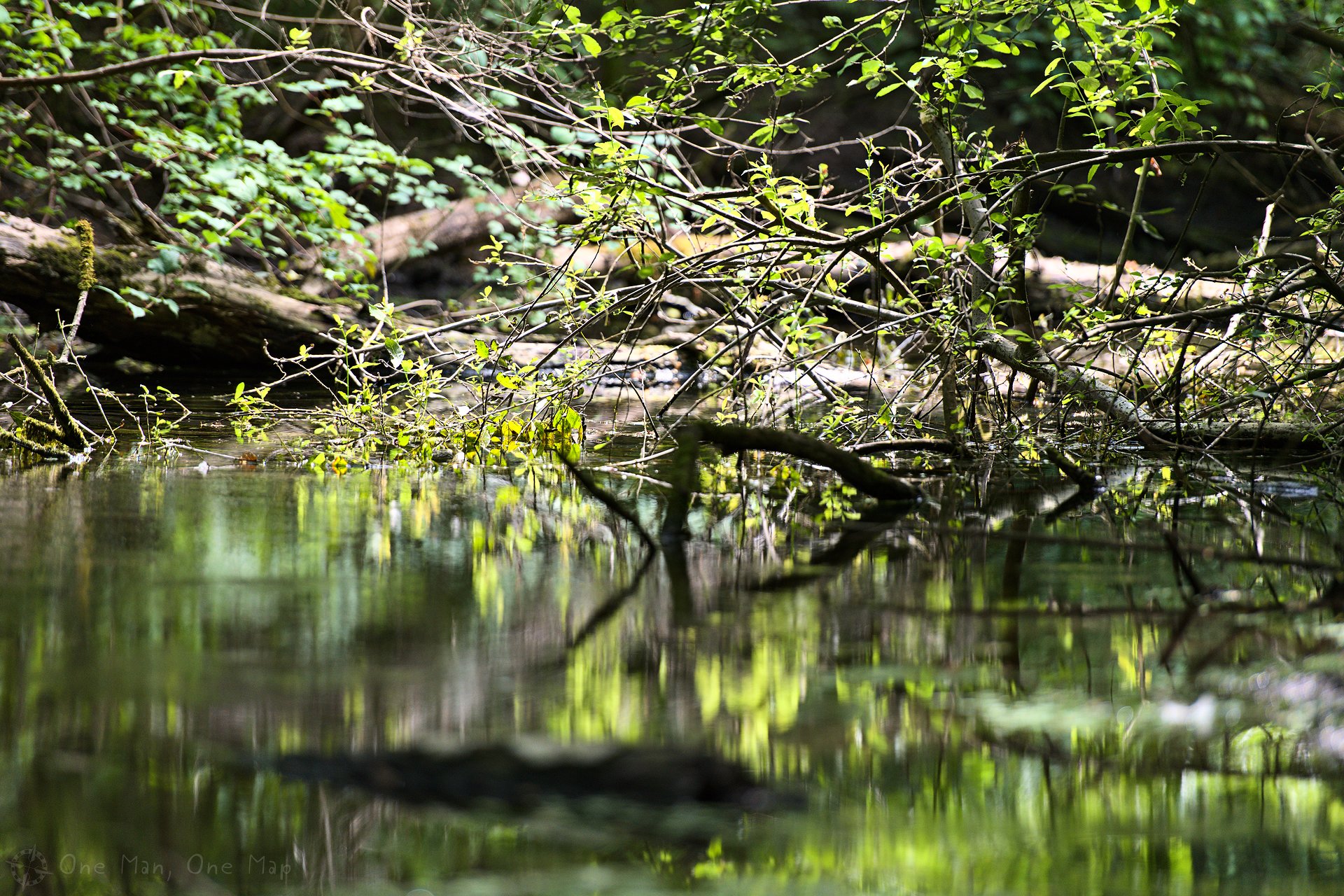 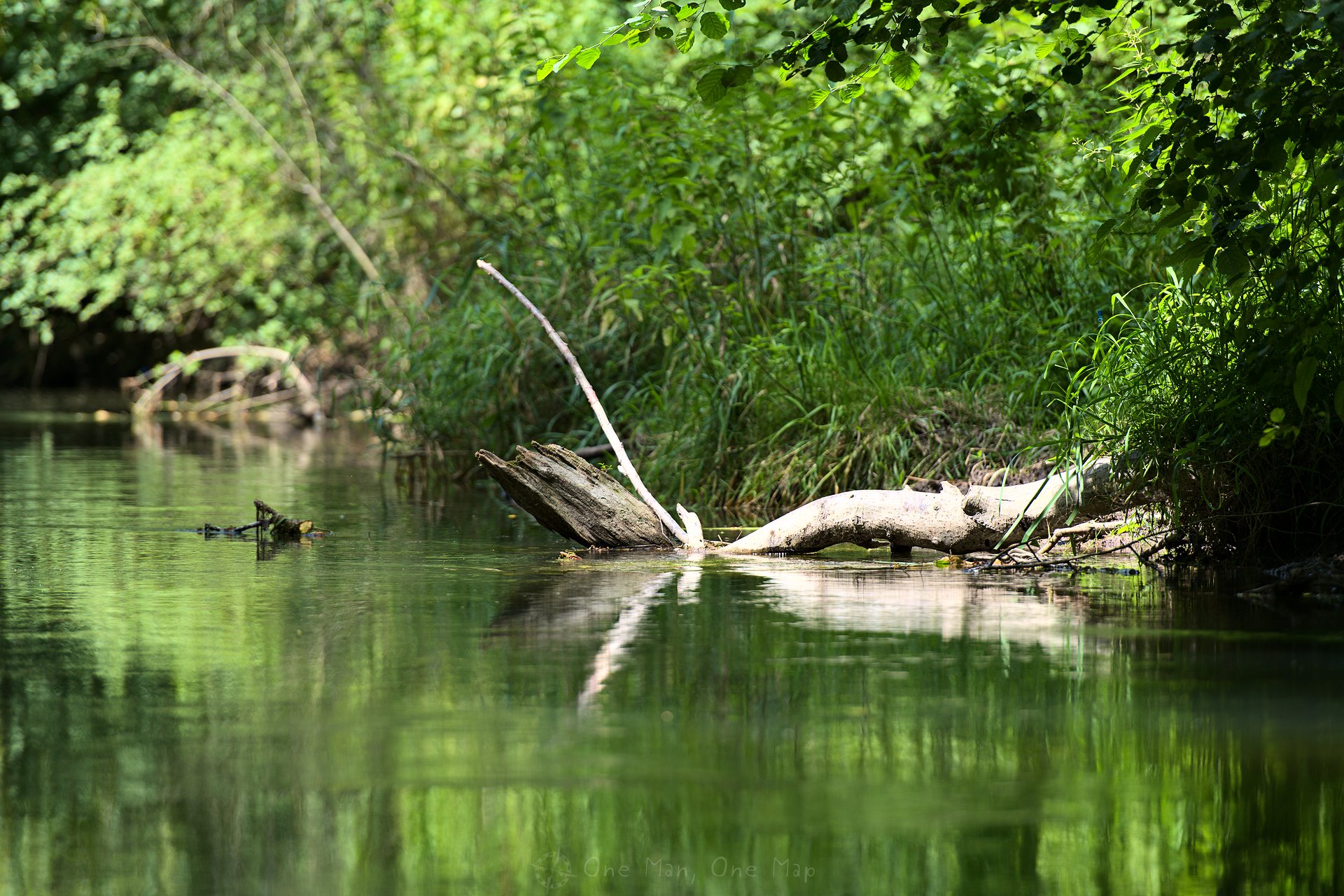 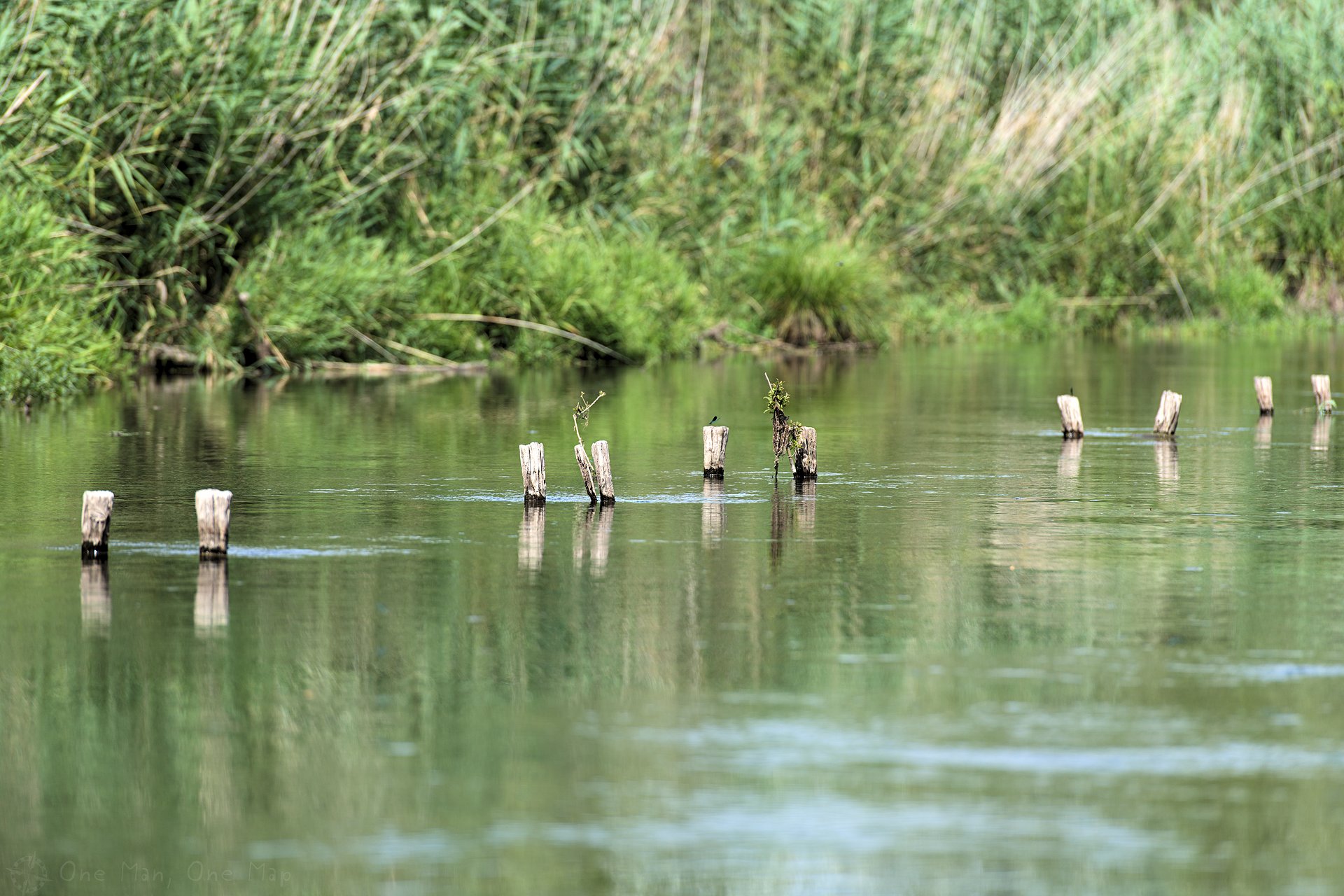 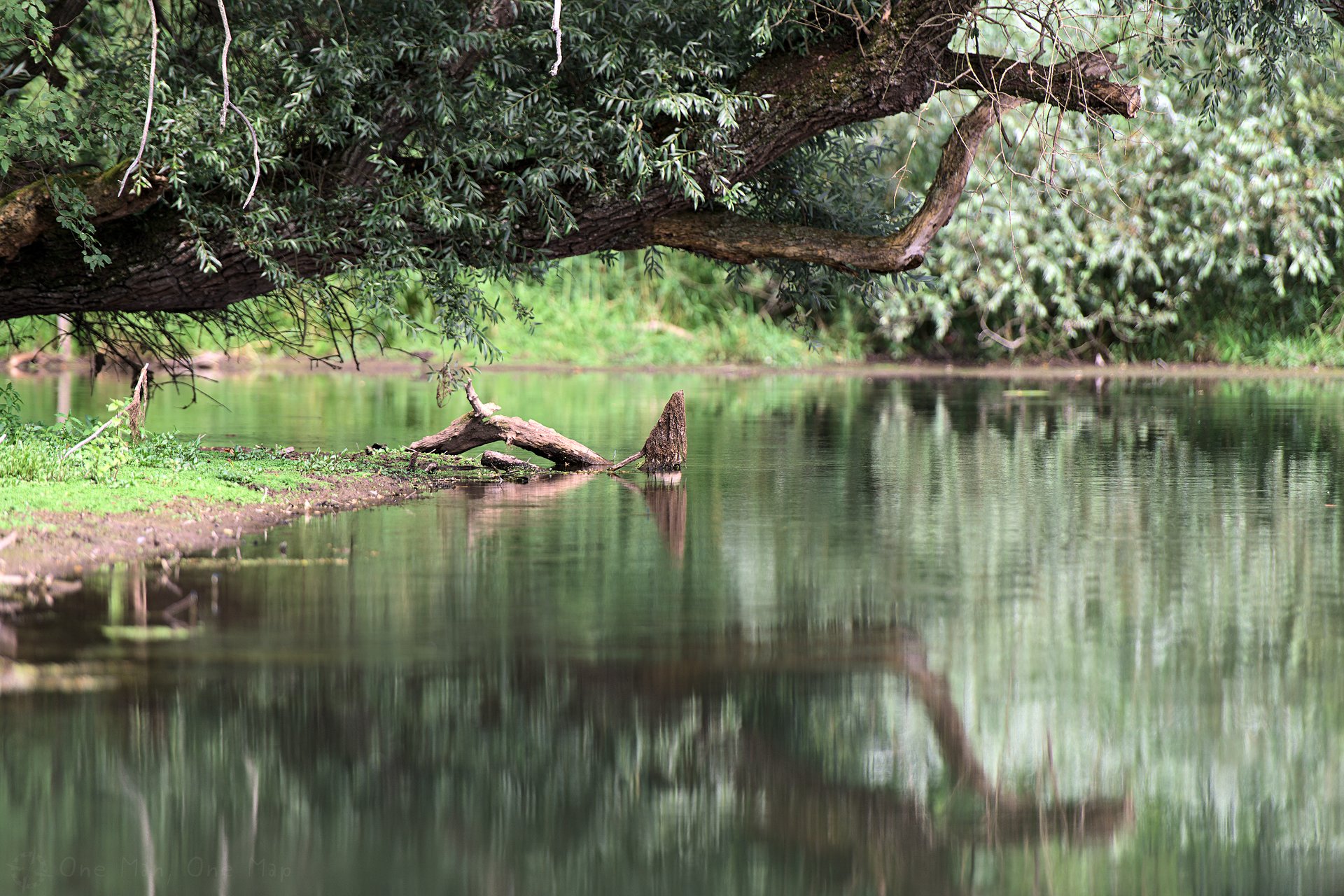 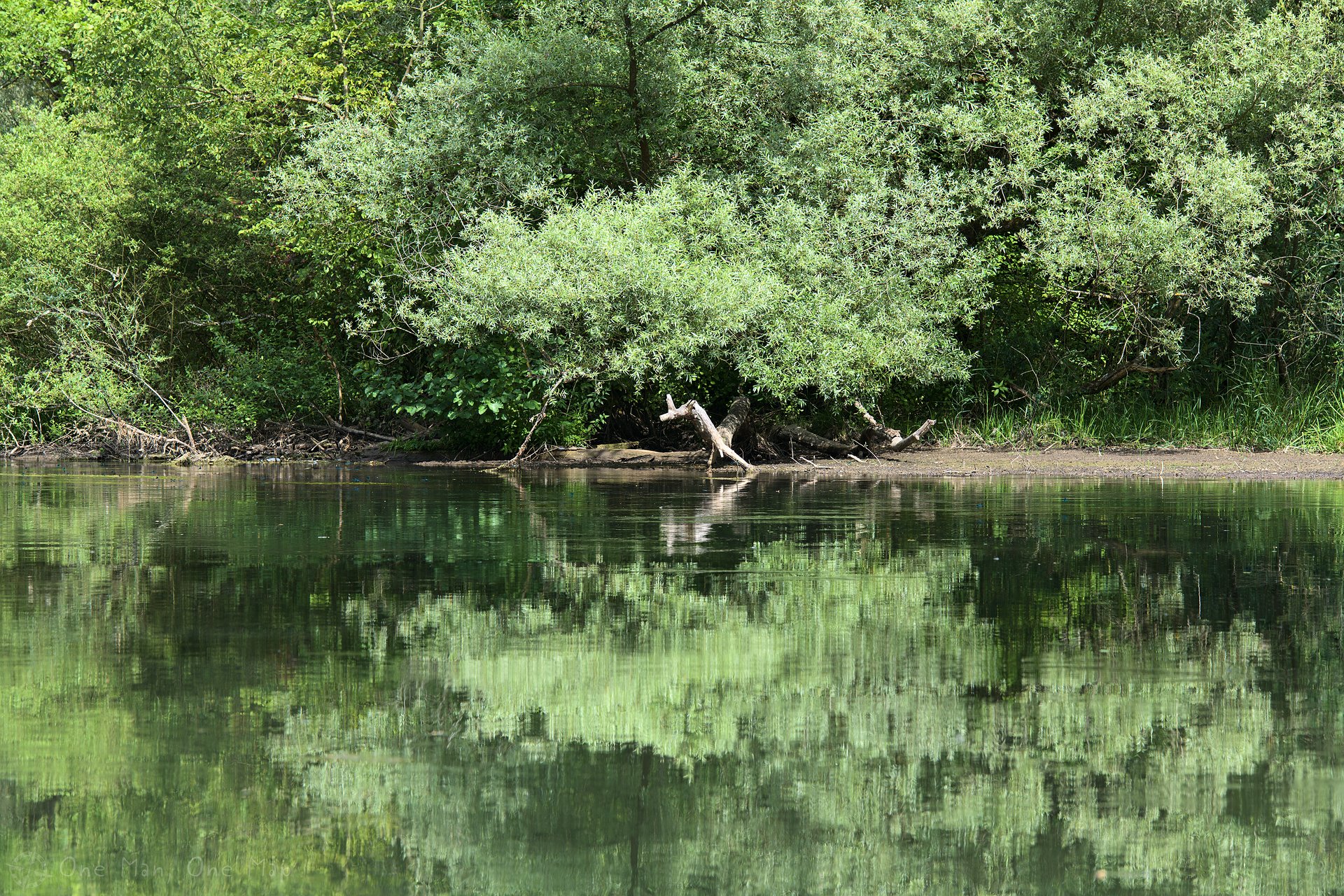 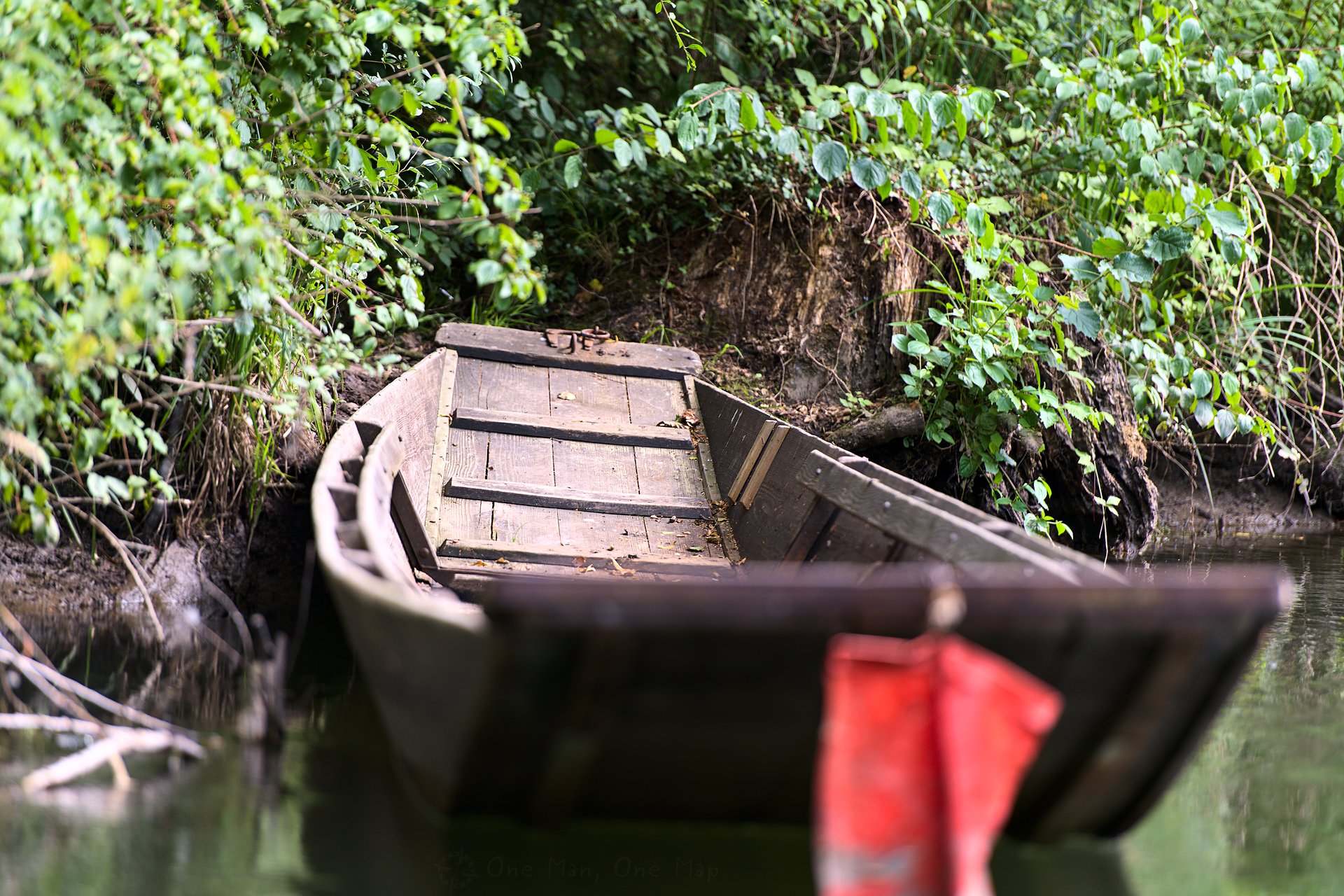 Conclusion: I can only recommend a boat trip in the Taubergießen nature reserve. It doesn’t always have to be the Amazon, there are also plenty of beautiful areas waiting to be discovered at your own doorstep. And a part of the South American fauna, the Nutrias, has kindly already even decided to come to us… 😉